The Cultural Movement That’s Destroying Dating For Everyone 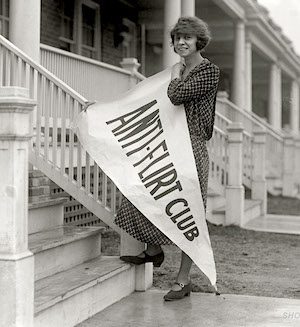 A client recently told me, “I’m scared, Nick. I’m scared that if I say ‘Hi’ to a new girl I’ll be a labeled as a predator.”

“C’mon man, that’s not going to happen.” I replied.

“Really? One of my female friends said that if a random guy even smiles at her, it’s sexual assault.”

I was speechless! But mostly, I was angry.

There’s a rapidly growing culture that promotes safe sex, consent, and healthier relationships for women. It seeks to empower women and I’m all for it.

However, this message is being misinterpreted and taken to extremes. It unintentionally condones complete female control while subtly shaming men for their natural sexual desires.

And both men and women are perpetuating it and suffering because of it.

If we don’t put a stop to this school of thought, I worry it’ll be the death of healthy relationships.

Most of the men I work with struggle to express their sexual interest.

They didn’t have a strong male role model growing up. Their parents weren’t affectionate. Religion told them sex was dirty. They’ve been raised to believe showing their romantic intentions (flirting) is wrong.

Just like women deal with slut shame, men deal with predator shame. It’s the idea that pursuing a woman romantically is somehow wrong.

This is so deeply ingrained that some men can’t introduce themselves to women. They don’t ever ask for a number. Hell, they won’t even make eye contact with someone they like. They’re terrified of being a creep or weirdo.

It doesn’t help that their worries are now being reinforced in adulthood.

Viral articles put men down for learning to be more confident and meet women. I watched a reporter on CNN state that 50% of college men would rape women if they had the chance, while claiming she “forgot the source”.

And girls give their guy friends dating advice like, “Women don’t want guys approaching them in public. Don’t hit on a girl out of the blue, that’s creepy. Just be her friend first.”

You know what happens to these guys?

They struggle to connect with women on an intimate level. They rarely have romantic partners. They don’t gain experience to become more confident men and better partners.

How predator shame hurts all of us

I don’t think a lot of women realize how much this predator shame hurts them as well.

Some women think, “So what if men can’t flirt when they want to? We’re the ones who have to deal with sexual harassment and assault.”

This trivializes a very serious issue. It may not be as easy to see but these men are in pain, too.

When shamed, men cannot express themselves in a healthy manner. They become isolated, depressed, and resentful. Then those same guys watch other men who are assertive and do flirt experience lots of romantic success.

At first they usually blame the “players” who flirt, but eventually they start to hate women. They’re stuck trying to be the “good guy” and yet they’re the ones losing out.

Because of their lack of romantic connections, they become desperate. When they do have a rare romantic opportunity, they’re obsessed with keeping that one girl. They’re convinced that they will never get another chance.

So what happens when these men get rejected? They can’t handle it.

They will stop at nothing to convince a woman to stay — sometimes through guilt, manipulation, intimidation, or even violence.

Conversely, men who accept their desires and fulfill their romantic needs are inevitably happier and healthier with women. Rejections don’t permanently crush them because they know they can have future sexual connections. They don’t despise a woman for not wanting them.

Perhaps the worst thing about predator shaming is that we’re teaching the new generation of women to hate and fear men. We’re telling them that all men just want sex and will do anything to get it.

Men have to be the pursuers to attract women

This isn’t me spouting misogynistic values, this is courtship. It’s biology. It’s the basis of most romance novels. Studies constantly back it up, too — a quick touch when asking for a number doubles a man’s chances of getting it!

You don’t even need to go that far. Look around and you’ll see that men who are more flirtatious and forward attract more women.

During my college speeches, I ask women to raise their hands if they prefer to take the lead with flirting. That could be to approach a guy or ask for his number. Every time, almost no woman raises her hand. (And if you’re a woman who wants to take the lead — more power to you.)

So telling men not to flirt is the wrong advice! It goes against what women respond to and what works. Anything else is setting men up for consistent failure.

Men have to create attraction through flirting. I’ve watched hundreds of situations where a woman wasn’t initially interested in a man. But then he shows his playful, flirtatious side and she begins to develop those feelings.

I understand that women have had bad experiences with flirting and the opposite sex in general.

They’ve had a guy staring at them for hours at the library. They’ve had guys who can’t look away from their chest during conversation.

The list goes on. It’s terrible and no one should have to endure that.

But all that is bad flirting. Those guys were inexperienced, socially awkward, or just had bad intentions.

You shouldn’t demonize flirting because some people went about it the wrong way.

Because there are endless positive flirting stories out there. I’ve helped hundreds of strangers make great connections myself. And how do you think I met my girlfriend?

If you’re a woman reading this, think:

Have you ever felt flattered when a cute guy made eye contact with you at a coffee shop / bar / party?

Have you ever felt butterflies when a new guy introduced himself to you?

In these situations, you enjoyed being flirted with. Right?

Or hypothetically, if your celebrity crush walked up to you, smiled, touched your shoulder, and said hi – wouldn’t be you happy about it?

These examples prove that we have or can have fun, exciting flirting experiences.

However, problems arise when women try to assume total control of who can and can’t flirt with them. Because then even when a guy flirts politely, if they don’t find him attractive, they immediately associate him with their negative experiences. So any guy who even tries ANYTHING is automatically a “creep“.

How else are guys supposed to meet new girls, and see if they’re compatible? They aren’t mind readers, and the only way they can find out whether or not someone’s interested is to take a chance.

So, women: you can’t declare that all flirting is bad because some people go about it the wrong way or you’re unattracted to them. That’s ignorant, unrealistic, and just not fair.

Instead, we should be teaching men and women good flirting to create more positive experiences.

There are 3 simple rules…

This provides the best chance for meaningful romantic connections for everyone.

So both guys and gals…

What are your good flirting experiences? What connections did they create?

Tweet them at me with the hashtag #FlirtPositive. Let’s show everyone the positive side of flirting. I’ll being sharing my favorite stories all week.