8 Lies You’ve Been Taught Since Childhood 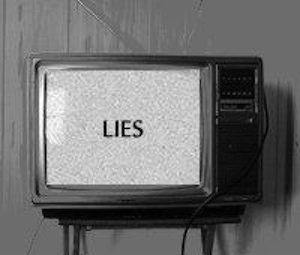 What do Hollywood, religion, D.A.R.E, health class, and your friends and family have in common?

They’ve all lied to you from a young age.

Now I’m not saying these lies were all calculated because they weren’t.

But even when your loved ones’ intentions were pure, they let emotional sentiment, tradition, or misinformation influence their advice. When they tried to help, they gave you generic, anecdotal tips that weren’t very useful. Sometimes, they were just plain wrong.

And you suffered the damaging consequences because of it.

I know this because we’ve all been swindled by these common myths. So I’m here to reveal the truth and set you on the right path.

This is most commonly heard when you’re beginning to date. It’s an excuse used to make you feel better without providing any substantial advice. It discourages you from making changes and taking the time to learn how to be more confident.

Trust me, some people need to adjust their behaviors in order to build healthy connections. I’ve worked with many of them.

Would you tell a hostage negotiator not to learn proper technique and “just be himself”? Of course not.

Some people are born with an understanding of dating and social skills, others need to learn them.

Don’t equate change with dishonesty. Humans are born to adapt and evolve. No one is telling you to become an asshole or to lose your values. You can still be yourself but it should be your best self using the best (and honest) strategies.

That’s where my Dating 101 page comes in.

Let me get this out of the way — this is not me advocating drug use. It’s me advocating education so you can make informed, responsible decisions.

There are all types of drugs; many that you probably take regularly like caffeine and alcohol. They all have pros and cons, some worse for you or more addictive than others. But to label them as purely evil is ignorant.

Many legal drugs are the worst for you. Besides cigarettes, alcohol and prescription pills kill more people than all other illegal substances combined.

Keep an eye out for the wealth of false information out there on illegal drugs — often perpetuated by the government. For example:

Drugs have ruined many lives and families. They’ve also been responsible for some of the greatest pieces of art, inventions, and life experiences.

Whether or not you plan to experiment with drugs, please be informed. It’s the kids who are told it’s evil all their lives who end up going wild in college and binging. Read Erowid. You never know when you might need to help or guide someone else.

In general, stay away from the physically addictive substances (like Heroin and Methamphetamine) if possible. And especially stay from drugs if you’re inclined to be mentally addicted to things. If you don’t have any interest in drugs, more power to you. Get high on life.

3. Be a gentleman. Treat a woman like a princess.

Our mothers tell us this from day one. And in theory, this is excellent advice.

But they define being a gentleman as not thinking about sex. Wanting women in a sexual way is perverted. They convince you that women are princesses who never think about sex — which is totally false.

Other family members, friends, society, and religious leader reinforce that. We start to feel shameful for our natural desires. We become terrified of being seen as a creepy predator only out to get laid.

Unfortunately, this shame becomes a self-fulfilling prophecy. It demonizes our human sexuality. We stop flirting and showing our interest in women.

We turn into “nice guys” and misogynists. We get depressed and anti-social. We become unfulfilled, apathetic, and resentful.

A true gentleman is honest with his romantic intentions but still respectful. He leads with what he wants and continues according to a woman’s responses. If he is turned down or a girl asserts her boundaries, he accepts that courteously and moves on. He doesn’t lie about what he wants or pretend to be “just a friend”.

4. You can be anything you want.

I’m sorry but no, you can’t. If you’re under 5’8” you probably aren’t going to become an NBA player or Victoria’s Secret runway model. You may write all your life but that won’t ensure you’ll become the next Stephen King.

But that doesn’t mean you shouldn’t try.

Spud Webb (5’7”) and Muggsy Bogues (5’3”) both had long-running NBA careers. Plenty of professional writers, self-published authors, and bloggers are making over 6-figures. While they may not be Stephen King status, they are successful in their own right.

Still, sometimes your initial dream won’t work out. But you will always gain valuable lessons and experiences that will lead you onto new, successful paths.

I wanted to become a programmer but realized I didn’t have the patience. I wanted to join the video game industry, so I started blogging about it. Then I realized that even though I loved running a gaming blog, it wasn’t my true passion.

That programming knowledge helped me build and maintain this site. The blogging taught me marketing and forced me to be a better writer. Without that, I wouldn’t have been able to craft a rewarding career as an author and coach.

So even if things don’t work out the way you initially planned, you can always find something fulfilling that you’ll be passionate about.

This is the idea behind every Disney and Hollywood romance. They make their money by making us believe that there’s one absolutely perfect person for everybody.

The search for “the one” idealizes relationships and makes people overlook real compatibility. Because of it, people rush into unhealthy relationships. “But they’re the one…” becomes an excuse to stay with the wrong person.

“The one” is a fantastical concept. You can love many people. You can find many partners who would be amazing for you. The notion that you have to discover the one soulmate made for you out of billions of people is ridiculous.

Instead, focus on whether or not you’re compatible with someone. Do they treat you well? Do they respect you? Do you share similar values? Are they honest with you? Do they support and encourage you?

The ability to build a deep, meaningful, and healthy connection is the best indicator you have.

Just because you have feelings for someone doesn’t automatically mean you should be with them forever. Love and compatibility are two separate but equally important aspects of a successful relationship.

My dad is the most caring, genuine person I know. I stayed out of a lot of trouble growing up because I deeply respected him. I never wanted to disappoint him.

But I’ve also met older people who are bitter, ignorant, racist, and actively trying to hold others back. They were individuals who didn’t even deserve a minute of my time.

Just because someone is older than you, doesn’t mean you should obey them blindly. They are not on some unquestionable, moral high ground because they’ve had more life experience.

Respect your elders as you would anyone else. If they’re treating you well and trying to help, be kind in return. Just remember to always be skeptical and evaluate things critically.

7. Without religion, you won’t have a moral compass.

This is not a statement for or against religion. I’m fine with whatever path you choose. This is about debunking the myth that you will be morally bankrupt without religion.

Religion may provide you with support, a community, and hope. It can be a great reminder of good values to embody. But it doesn’t automatically make you a better, more valuable member of society.

I’ve watched lots of people do shitty things under the guise of god and religion. Some use their beliefs to justify committing horrible acts. But guess what? I’ve also witnessed many atheists make the same poor decisions.

We all know the difference between right and wrong. We understand the golden rule. We know it’s bad to harm or steal from others. Religion didn’t create those ideas, civilized society did.

8. Don’t sleep around because you’ll catch an STD.

STDs are not as abundant or deadly as you may believe. They may have scary names but they’re typically harmless.

Most STDs are extremely difficult to catch and easily cured. Even the permanent ones show little symptoms and have treatments to minimize or neutralize the effects. And for STDs with a high contraction rate such as HPV, there are now vaccines that prevent transmission.

Obviously, just be smart and use protection. Get vaccinated. And use your senses. If you’re with someone and they have a visible outbreak or off-putting odor, don’t continue hooking up. Follow these steps and you can focus on having fun rather than contracting a deadly disease.

What are some lessons you were taught from a young age that have turned out to be false?