5 Dating Lies You Tell Yourself 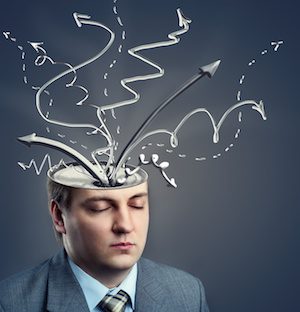 Our mind is incredible at constructing artificial limits. And while these beliefs begin as imaginary, they soon manifest into actual obstacles.

When you tell yourself that you can or can’t do something, you then act accordingly. You don’t take a new risk because you don’t see the point. Why attempt something that’s impossible?

By doing so, you cultivate a reality that proves yourself right. This bullshit controls so many men’s dating lives and ruins their success with women. My job as a coach is to call these limits out and break your reality – thus showing you what you’re really capable of.

“If you always put limit on everything you do, physical or anything else, it will spread into your work and into your life. There are no limits. There are only plateaus, and you must not stay there, you must go beyond them.”

Here are 5 lies about dating you need to stop perpetuating to reach your full potential.

“I need to play it cool and let her come to me.”

Every guy is terrified of coming across as needy. They know it’s the kiss of death with women.

So when they start seeing a girl and she shows some interest, they purposely act aloof and distant. They take days to reply to texts. They don’t push for follow up dates as often. They try to act like a cool guy with a cool, busy lifestyle.

Most women want men to lead. And they’re not usually going to take initiative, especially when you’re not showing any obvious interest.

You’re making these women think you’re not that into them. This puts them on the defensive, so they’ll act aloof right back at you. Or, they get frustrated and move onto another guy who’s more available.

Lately, this has been the #1 reason guys have lost out on interested women.

You also need to realize you’re actually being more needy. You’re faking cool as a way to try to gain her approval. That’s the ultimate definition of neediness.

Playing it cool is a short-term solution for appearing confident. You may be able to trick some lower quality women into chasing you, but not for long.

Hitting her up to make plans isn’t going to turn a woman off unless you incessantly text her or have nothing else going on in your life. But that’s all fixed by becoming a guy with a genuinely interesting lifestyle – having interesting hobbies, great friends, and not letting your life revolve around her.

If a woman likes you, she wants to spend time with you. She’s not sitting around hoping that you don’t follow up with her. Letting her stir for weeks isn’t going to somehow make her see you as more attractive.

Make yourself a cooler guy and you won’t need to act so cool.

”I don’t want to ruin a date or friendship with a kiss.”

So many guys hang out with girls they like and never go for a kiss. Then they wonder why things never progress and why they lose their opportunities.

How do you think anything romantic is going to happen if you don’t lead it there?

Most women already know whether or not they’re attracted to you in about 30 minutes. Therefore, the kiss isn’t going to make or break the connection (unless you’re slobbering all over her). It’s just going to reveal her true feelings for you. And if she is interested, waiting is only going to hurt your chances of something happening.

Women also know that if you’re on a date with them, you probably want to kiss them. They’re not going to get pissed off if you try because they understand it’s the only surefire way to see if there’s physical chemistry. They’re only going to get upset if you persist after they refuse or you act like an asshole about it.

The same goes for trying to kiss a female friend. As long as you can accept her possible rejection in a healthy manner, you can stay friends. She’s not going to hate you for expressing your interest.

So go for the kiss already before you miss your chance.

“If I work on my career and get more money, it’ll fix all my dating problems.”

We see wealthy men dating beautiful women all the time. It’s easy to think that having money is the simplest solution to getting women to like you.

Because of that, a lot of smart, young men put off their dating lives because they don’t have thousands in their bank account. For years, they focus only on their career because they think they need a nice car, expensive clothes, and a cool place to bring girls back to.

But that isn’t true. I know more than enough wealthy guys who can’t land a date. I’ve seen guys drop thousands on bottle service and tables at clubs only to have women drink up and then leave with other men.

When I started dating around as a single guy, I lived with my parents and borrowed my dad’s car. I wore $20 H&M shirts and beat up Levi’s Jeans. And it never stopped me from success.

While it’s no surprise that having money helps, confidence and personality often trumps everything. More importantly, flaunting money can attract the wrong type of women. It positions you solely as a monetary provider and not a lover for women who are just looking for a sugar daddy. Once that cash dries up, so does the woman’s interest.

If you want a great girl to stay with you for the long term, she has to become attracted to you, and not just what you can offer. Money can buy attention but it can’t buy affection.

For some reason, guys have always believed there are designated avenues for meeting women.

In your mind, acceptable places to meet girls might be bars, clubs, parties, and dating sites. You may even be warming up to the idea of talking to girls during the day at coffee shops, grocery stores, and the mall.

For the last decade, I’ve been telling guys that social media can be an amazing way to meet girls, too. But for some reason, my suggestion has often been met with skepticism.

Guys think it’s weird because they’ve seen screenshots of creepy Facebook dudes hitting on girls. Or it’s intrusive because it’s not an area where women are necessarily looking to meet viable men.

But that’s ridiculous. I was meeting girls from Counter-Strike 10 years ago. I had friends who hooked up with girls from Everquest and Final Fantasy Online. My friend The Professional Wingman met his wife on Twitter. I just had a guy message a girl on LinkedIn hundreds of miles away and they’ve now met up three times.

Just because these women aren’t expecting to find romance online, doesn’t mean they’re opposed to it. Social media is still a means of communication and connecting with people.

I’m willing to go as far as saying this may be better than online dating sites for some guys — especially in the near future. As more people use online dating, it has become oversaturated and there’s a lot more competition. Finding niche routes can give you the edge and set you apart from the hundreds of other guys spamming women on OKCupid.

Stay tuned, because I’m working on an article that goes over how to make these approaches the right way.

Am I saying you should spend all your time messaging girls on social media? Of course not. But if you’re on your damn phone all the time browsing Facebook and you’re single — why not make it a bit more productive?

We are in the digital age where learning any subject is at our fingertips. As amazing as that is, it can actually hinder our personal development.

Many guys who come to me have read years of tips and tricks but still aren’t getting what they want. When I suggest real world exercises to practice, they usually respond “Okay, but could you recommend some articles about that?”

By that time, you’ve already read more advice than you actually need. It’s addicting and feels like real progress. This leads you to overanalyzing everything and thinking you need more preparation before taking action. It’s called analysis paralysis.

This often leaves you worse off than when you started reading. You’re so overloaded that you don’t know which insights to apply. And that’s where I come in – I have to “de-program” guys and teach them to stop trying to decipher every social interaction before they’ve even happened.

You don’t need more material, you need more APPLICATION of the material. You need life experience because you’ll be dealing with real people in real situations, not hypotheticals. The fastest way to develop your social and dating skills is to put yourself on the line as often as possible.

Follow the 2:1 rule. For every hour you read about connecting with people, spend a minimum of two hours actually doing it. You need that genuine feedback to improve yourself with different people and to crush your anxieties.

You could spend years reading or a few weeks doing and end up further along in your development. Your choice.

My suggestion? Get the hell off my blog and into the real world.