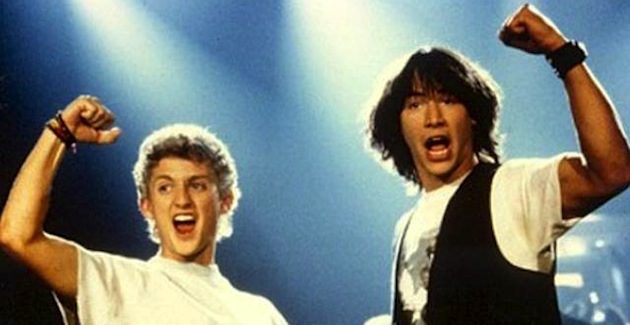 You couldn’t ask for two more different personalities in different stages of their life. But both of them had something in common…

They both came to me looking to meet women during their daily life in Boston. They had no previous experience with this and were skeptical that it was even possible.

By the end of their first sessions, Bill and Ted got the proof they needed to believe meeting women is easy. And they gained some valuable lessons along the journey as well.

It’s okay to approach women in any context

Bill saw three girls in the mall and said one of the most common excuses I hear, “I can’t talk to her, she’s with her friends.”

I looked at him, “Then keep it brief. Tell her you don’t mean to interrupt her and her friends but you wanted to ask her out for a drink.”

With a little coercing Bill walked over and told her just that. She responded with excitement, disbelief, and laughter. She looked to her friends and asked, “Did you set this up?” They said they didn’t.

Bill glanced over at her friends and playfully said, “No they totally didn’t set this up…” and winked. They all laughed and he turned to the girl he approached, “So, what do you say?”

She said, “Sure!” and a few days later they went on their first date.

The point here is that there’s no reason not to take the shot — even if a woman is with her friends, listening to music, or at work. If she’s not interested, let her tell you!

Here are two other effective ways to break the ice with a group:

Approach the group as a whole. “Excuse me, you guys looked fun and I had to come introduce myself.” Chat them all up for a few. Then ask the friend(s) you’re not interested in if it’s okay to get the other girl’s number.

Approach the people you’re not romantically interested in. Tell them off the bat, “Excuse me, I know this is random but I think your friend is really cute. Would it be okay if I talked to her for a minute?”

Both ways work and the principle behind them is the same. You’re acknowledging and respecting the other people’s presence. Because of that, you’re more likely to win them over and get their permission to pursue their friend.

She trusts her friends and if they encourage you two to connect — she’s likely to go for it.

Everyone wants to be liked

When I first told Ted about how easy it was to meet women during the day, he was in disbelief. He couldn’t fathom that you could walk up to a woman, say you wanted to meet her/found her attractive, and have her be interested.

He actually told me, “I just can’t believe that the answer to my lack of dating opportunities could be that simple.”

So before we went out, Ted wanted some reassurance and consulted some of his friends. They told him what every person who’s never tried it says…

“You can’t go up to a random woman and tell her you think she’s pretty or interesting. That’s weird. Women won’t like that. It’ll never work.”

It nearly discouraged him. After a couple of e-mails back and forth, I convinced him to give it a try.

On our day out, Ted approached four women . Of the three that stopped to talk, these were their responses:

At the end of the session, Ted said, “That blew me away. I can’t believe every girl was so happy that I talked to them.”

I replied, “Of course man! You’re walking up politely and saying you found them interesting. Everyone wants to be liked. How many women are going to take offense to being found attractive or desirable?”

Ted replied, “It all makes sense now, I guess I just needed to experience it for myself. I’m glad I didn’t listen to my friends.”

A few days later I got this text from Ted that made me smile, “I feel like I’ve finally lost the ‘women-who-will-go-out-with-me-are-super-scarce’ mentality.”

Your demeanor dictates your responses

What about the girl that didn’t respond so enthusiastically to Ted? Was she cold and callous? Not at all.

After our first two approaches, Ted started overthinking in his head again. Although he’d gotten two positive responses, neither of the girls were available. He was still nervous he wouldn’t be able to interest anyone.

While I watched him approach the “cold” girl, something was noticeably different. Ted wasn’t smiling, had his head down, and spoke timidly.

After his attempt, I explained a very important concept…

So if you walk up to a woman with a halfhearted or shy demeanor, she’s not going to feel comfortable returning anything else. It’s not because she thinks “Oh my god he’s creepy” like many men believe. It’s that it doesn’t feel natural or socially appropriate to the situation.

Imagine walking into a funeral where everyone is quiet and somber. Are you going to be boisterous? No, you’re going to follow the atmosphere.

Women are already just as anxious as us when meeting new people. You need to lead with positivity if you want her to reciprocate the same.

I knew that tangible evidence was essential and until Ted saw it for himself, it would be hard for him to understand.

So I started with a compliment exercise I do with guys to warm up for full approaches. It’s simple: you compliment women walking by on anything you find interesting about them. It could be their boots, energy, scarf, or overall style.

This plays into the principle above of “everyone wants to be liked” and works amazingly well.

As we were walking, I complimented women with a flat tone, a weak voice, and a blank expression. Few women even responded. The couple that did glanced up and looked back down. One girl muttered a “thanks” while walking by.

Then I started speaking with confidence, expression, and a big smile.

Every single woman that walked by immediately looked up. The second they saw me smile, they smiled right back and exclaimed, “Thank you so much!” and “Oh my god, thanks!”

I looked at Ted, “See, even I get ‘bad’ responses depending on the way I convey myself.”

I could see his attitude shift right away. He literally pulled himself up, smiled broadly, and approached a girl. That girl was the one who said he was brave and went on a date with him.

Rejection can be a powerful ally

Rejection is only rejection if you see it as so. The men who I’ve watched stay motivated about expanding their social comfort zone make rejection their best friend.

Bill got “rejected” by four women on our day out. Three of them said they had a boyfriend, one actually had a husband in the store nearby.

But after his first two rejections, Bill told me, “This is awesome. Every girl who’s turned me down has been polite. Even so, it wasn’t a big deal like I thought it would be. There are so many more girls I can keep talking to.”

And he did just that. By the end of the session, he got 2 numbers from girls that went out on dates with him.

Bill saw rejection as a helpful tool to filter unavailable or incompatible women. He recognized that most women don’t enjoy rejecting men and even when they’re not interested, they’re still flattered. He realized that there were many more women and you’re only limited by your mind – not by reality.

When I sat with Bill after our session he said, “It was awesome getting those two numbers but that wasn’t the best part of today. The best part was facing my fear of rejection and realizing it was just that – an irrational fear. It doesn’t actually matter.”

Bill and Ted experienced real-world proof that beautiful women are interested in them.

You will, too. But not from me telling you or from you reading it online.

You’ll only get the proof you need when you start having your own excellent adventures.