Study Confirms That Any Man Can Date Beautiful Women 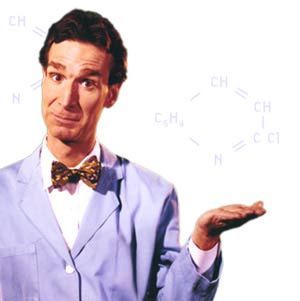 I’m sorry everyone, this study does not actually exist — yet. But my goal is to explain how it could be done and to examine the lasting impact it could make.

Spending last week in Vegas made me think about how much money some people have. Everything there is absurdly over-the-top. From the lavish buildings at each corner to people dropping thousands on a table without hesitation — the amount of wealth is staggering.

Which got me wondering…

What kind of social experiments could I perform if I was super rich?

I believe that most men who complain about their lack of dating success could be transformed with one action — meeting more women. It’s a matter of taking more chances and increasing opportunities.

I’m not saying it’s easy – I wouldn’t have a business if it were. Nor am I saying it would fix every guy’s anxiety issues or unhealthy relationship habits. But, it would guarantee experience in dating beautiful girls.

Unfortunately, these same guys argue against approaching women. There’s always an excuse or external factor. “I’m not good-looking enough, I’m not tall enough, I’m not douchebag enough, girls will think I’m creepy, etc.” Much of this stems from their fear of rejection or failure.

What if I could compensate men to bypass those fears? And therefore disprove their limiting beliefs?

I’d conduct a research study to confirm that the vast majority of single or “lonely” men AS IS could land dates with many women they find attractive. It would shatter their perception of what’s possible in their romantic lives.

Goal: You have exactly one year to get on as many dates as possible with women you find physically attractive.

Rules: Follow these four guidelines to maximize your chances of getting dates.

My hypothesis is that the overwhelming majority of men would land a few dates, if not hit the 10-date mark. The exceptions would likely be:

That estimate comes from concrete evidence through nearly six years of coaching men. Every person I’ve worked with who has put effort into approaching women regularly has turned their dating life around.

That isn’t limited to one type of guy, either. I’ve seen it with every size, race, and personality. It’s not a coincidence.

My hope is that the experiment would help men everywhere realize how capable they really are. They would understand that they were the only obstacle standing in the way of success. It wasn’t their looks, status, or anything inherently wrong with them. It was all in their head.

By meeting more women, guys would build confidence in themselves. They’d make meaningful connections and recognize the options they had in front of them. They’d also understand that some women just won’t be interested — but many will be. And all it took was some tangible motivation.

Now what if we took away the financial incentive altogether? What if I told you that instead your only incentives would be a happier and more fulfilling lifestyle, the ability to meet captivating women, and having control over your dating life?

Would it still be worth it to you? I think so.

In the meantime…any wealthy entrepreneurs want to help fund this?