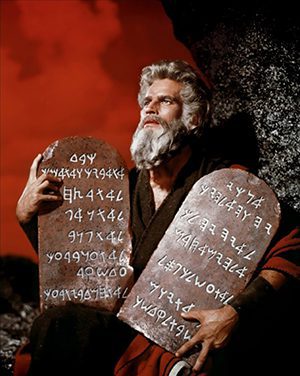 It’s a god damn war zone out there!

Okay, maybe that’s a little overdramatic. But for a lot of people, the current dating scene feels like a battle royale.

We set-up dates over text that get cancelled last minute. We message dozens of people online and don’t get a single response. You meet up with someone, have an awesome time, and mysteriously never hear from them again.

It has never been simpler to find a date without even getting out of your pajamas. Yet the tools that are supposed to make dating easier often leave us frustrated and even more lonely.

I hear about it all the time…“Can’t things just go back to the way they were? When you could call someone, go on a date, and they’d actually show up?”

But that isn’t going to happen, it’s the dawn of the digital dating era. And it’s just getting started. You can complain all you want but it won’t change things.

So like everything else in life, if you want to stay successful you need to adapt. Here are 5 new rules to survive modern dating.

When I was growing up, it was still acceptable to call girls just to talk. But now, I almost always advise guys to text new girls instead of call them.

Of course, there are young people out there who still prefer phone conversations to text. But, as entrepreneur Gary Vaynerchuck showed us in this talk, about two-thirds of his audience hates picking up the phone.

It’s because we want to communicate on our own terms. We don’t want to get backed into an awkward corner during an actual phone call.

In dating, girls don’t want to be caught off guard and have to pick up a call from a new guy. They can feel anxious and unprepared, causing them to ignore the call. Then the awkwardness of ignoring the call builds up and makes them more likely to go radio silent.

Twitter blew up for a reason. It limits conversations to 140 characters so you have to say more with less. It encourages you to focus on what’s important. Be more punchy and precise. And that’s what every great writer strives toward.

Similarly, before you’ve gone on a few dates, send only short messages. 140 characters or less…even just a few words. Don’t write messages that are dramatically longer than the other person’s.

I don’t mean to make you overanalyze the length of every text you send, but long messages put more pressure on the person responding. They also may make you seem too invested, too soon.

This applies for online dating as well. Christian Rudder, founder of OKCupid, revealed in his recent book Dataclysm that the most responded to messages are around 60-80 characters long. This differs from his findings 6 years ago saying messages of all lengths had almost equal response rates.

3. Prioritize profile pictures above everything else

We want information as quickly as possible — and pictures give us that. Pinterest, Snapchat, Instagram, and Tinder are proof.

Tinder rose to popularity because it gave us the fastest way to filter out who we’re not interested in. Unfortunately, this just further diminished the relevance of good profiles and thoughtful messages.

If you don’t have attractive pictures, you’re going to struggle with online dating.

You might have the funniest message ever, but if your thumbnails don’t showcase your strengths, you won’t get the success you want.

You don’t have to be a male model to get results. You just have to make yourself look as attractive as possible.

Your profile photo should be relatively close up and provide a clear shot of your face. Smile. Use a high-quality camera such as a recent smartphone or DSLR.

Take photos that showcase your lifestyle — with your dog, traveling, hanging out with friends, against a cool scenery like the beach or a park, acting goofy, playing outdoor sports, and being artistic. Don’t just take selfies alone in your house.

Read my picture guides here and here for more advice.

4. Accept that people will flake on you, a lot 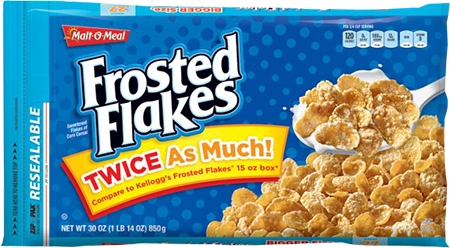 Even Tony the Tiger couldn’t handle all these flakes.

Does this situation sound familiar?

You meet a nice girl. You text her and make plans to see each other in a few days. You may even chat with her on and off until the day you’re supposed to hang out.

Then on the day of the date, you shoot her a quick text saying you’re excited to see her. She unexpectedly responds that she’s sick, stuck at work, or has a family thing. She apologizes and says she’ll let you know when she’s free.

The only consolation I have for you is that you are not alone in your struggles.

People constantly cancel on plans last minute, it’s just a fact. Even Aziz Ansari ranted about it in his new Netflix special.

I think this is happening for two reasons:

But I like to see the best in people, so I’ll always give them the benefit of the doubt. Maybe something really did suddenly come up.

Although usually if it’s true and she’s genuinely interested in you, she’ll take the initiative to text you about it – not just wait until you text her first. She’ll also tell you another day she’s free as a better option.

5. Filter out the lies in online dating

This only adds to the sketchiness of meeting people online. I hear from clients all the time about how they met up with someone who didn’t match their online description at all. And it’s much more difficult to try to start a healthy connection with someone who was dishonest from the start.

So how do you waste less time on people who may be less than truthful? Do your research.

Any of these steps can provide the most recent, accurate photos for you to see what they’re really like. This might sound kind of intense and stalkery, but everybody Googles everybody. If it saves you time from focusing on the wrong people to find the right ones, I’m all for it.