How to Be A Workplace MVP and Get Paid Like One 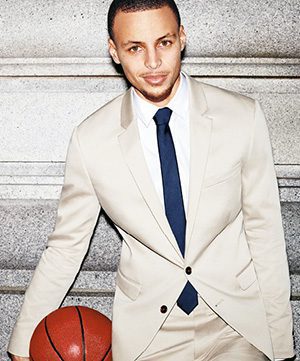 “The job is what you do when you are told what to do. The job is showing up at the factory, following instructions, meeting spec, and being managed.

Someone can always do your job a little better or faster or cheaper than you can.

Your art is what you do when no one can tell you exactly how to do it. Your art is the act of taking personal responsibility, challenging the status quo, and changing people.

I call the process of doing your art ‘the work.’ It’s possible to have a job and do the work, too. In fact, that’s how you become a linchpin.

The job is not the work.” ― Seth Godin, Linchpin: Are You Indispensable?

Seth wrote this in his national best-seller five years ago, and it’s still relevant today.

The job market has more competition than ever before. You’re going against dozens, if not hundreds, of people clawing for the same position. They have the skills, the degrees, and the connections needed for the job. It’s not good enough to show up and work hard anymore — you need to stand out.

Smart companies want thinkers and innovators. They want employees who are motivated, communicative, and loyal to something they believe in.

Most of all, they want to see fire and passion in your eyes. You have to love where you work and drink the kool-aid. No one wants an apathetic employee who barely gets through the day.

Here’s how to become a workplace MVP and start getting paid like one.

They know to leave where you’re unappreciated.

If you have management who give you menial tasks, sabotage you, and won’t let you move up — consider walking away. When there’s no room for growth in a company, there’s no point in staying unless you’re happy with where you are.

“Nick, it’s not that simple. I have bills, responsibilities, and people to provide for. It’s scary. I’ll have to make new friends and learn a new system.”

I get all that…but what’s your alternative? Hate every day of your life and become so stressed it starts affecting your health?

Remember that you spend more time at your job than almost anywhere else in life. If every day is miserable, it’s damn hard to stay motivated and productive in that environment. It will slowly destroy you and the people around you will feel the effects, too. You can’t keep it separate from your personal life forever.

Ideally, you always want to transition from one job to another without a break in employment. So always keep your eyes open for fresh opportunities. The fastest way to get a major promotion or pay raise is to move to another company.

You can’t be an all-star in a company who doesn’t see you as one. They only way to become a linchpin is to find an employer who understands and appreciates your true value.