How to Use The Art of Persuasion to Attract Women How most people visualize the idea of persuasion

The word “persuasion” makes people feel uneasy. It conjures up images of mind control or the dark arts. But in reality, persuasion is a part of our daily lives and comes in different forms.

Have you watched a show or listened to a new band based on the recommendation of a friend?

Have you ever returned a favor or assisted someone who’s helped you before?

How you ever taken the advice of someone you respected as a mentor?

These are all examples where you’re under the influence of persuasion. You can choose to deny it or you can learn how it works and use it to your advantage.

Dr. Robert Cialdini spent years researching persuasion and in 1984 released his groundbreaking book, Influence: The Psychology of Persuasion. While the book has a focus towards marketing, the principles apply to social psychology — including our romantic relationships.

Now before I get a dozen hate mails, I’m not condoning trickery or manipulation. Persuasion can’t control someone to do something against their will. But it is a powerful tool that can be used for good or evil.

Since I’m not into doing bad things (only naughty stuff), I’m going to focus on healthy, honest ways to implement persuasion. To help women naturally see you as a romantic interest and want to move things towards an intimate connection.

“As humans, we generally aim to return favors, pay back debts, and treat others as they treat us.”

Some guys are aware of this. They know if they do something for a woman, she will feel indebted to them. So they try to buy her a drink before talking to her at a bar, do over-the-top favors, or buy her gifts on a date.

And it works, but not usually how they hoped.

All these actions treat a woman like you’re only a friend or a provider. Guess what? That’s exactly the type of interest she’s going to reciprocate.

What you want to do is treat her like a potential lover first and foremost. This is the only way she’s going to build and return sexual attraction towards you.

People have a general desire to appear consistent in their behavior.  People generally also value consistency in others.

For this reason, once we’ve committed to something, we’re then more inclined to go through with it.

The more you can get a woman to invest in you, the better. Every time she does her feelings and connection with you will grow. 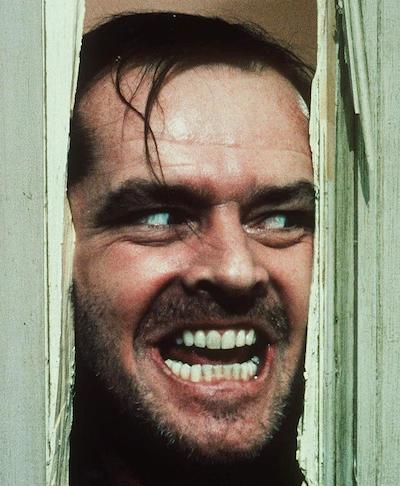 I said FOOT in the door technique man…

I’ve had dozens of guys tell me, “Why is it when I’m single I struggle to find girls who are interested but the second I have a girlfriend, women check me out and throw themselves at me?”

That’s no coincidence, it’s the driving force behind social proof. Women want men that other women (and society) want. They’re also more inclined to desire a man who has a thriving social circle or who their friends approve of.

People say “yes” to and are influenced by people they like.

There are several factors that contribute to this including physical attractiveness, people who we feel are similar to us, people who give us compliments, and people who make us laugh.

Don’t let the above get you down, especially about physical attractiveness. It’s not as much about your genetic traits as how you make the best of however you look. 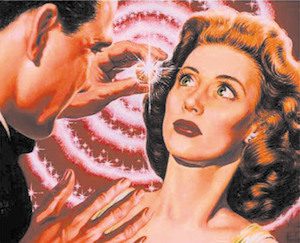 Sorry but you can’t hypnotize her into liking you, she has to actually like you.

We feel a sense of duty or obligation to people in positions of authority. People often act in an automated fashion to commands from authority, even if their instincts suggest the commands should not be followed.

You can demonstrate your authority without being in a higher position of power.

A man who is in control of his destiny, desires, and emotions is extremely attractive. The best way for women to see you as an authority is to be an authority over yourself.

This principle says that things are more attractive when their availability is limited, or when we stand to lose the opportunity to acquire them on favorable terms.

It has also been shown that when information is restricted, people want the information more and will hold that information in higher regard. Items are also given a higher value when they were once in high supply but have now become scarce.

This is another principle men somewhat understand but often misuse. They try too hard to “play it cool”, follow the “three-day rule”, or artificially wait to text a girl back.

While all these are forms of scarcity, they conflict with the principle of reciprocation. If you show disinterest in a woman, especially one who’s interested, she’s going to protect herself and do the same to you.

Instead, focus on being a valuable catch that women won’t want to lose an opportunity with.

Have my articles persuaded you to take action in your dating life? Have a free consultation with me today.