Is Your Insecurity Turning People Off? 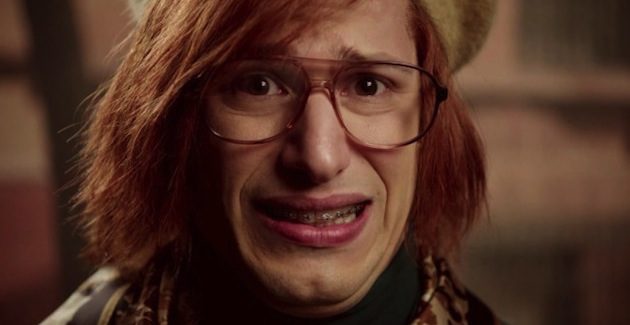 One of the most frustrating things when I had really bad social anxiety was feeling like people didn’t like me.

Why did I feel this way?

Well, others never made an effort to come talk to me, be friends with me, or invite me out to do things.

At the end of class, for example, everyone would start talking to each other in groups and I would always be the one left sitting alone.

And whenever I went to go talk to them, it seemed like they didn’t truly enjoy my company. Sometimes I felt like I was annoying them. Other times I felt like they were just talking to me out of pity. And on my worst days I truly started to believe that most people hated me.

Yes, I know this is a depressing way to start off, but maybe you can relate…

The idea I’ll share in this article is why your insecurity is turning people off without you realizing it. I’ll also show you how a simple tweak to the way you approach social situations can make you stop feeling nervous and shy when meeting new people.

Before I get to the solution, here’s a story from my own life…

One night I’m out at a dingy bar called Thursday’s with a friend. We’re both kind of shy, but we’ve made a decision to go and talk to girls to build our confidence.

I see one that’s my type at the bar. My friend catches me looking at her and says “Go do it.”

She’s by herself for now. She’s attractive. I really have no excuses. So, with pain in my voice, I say “Fine.”

I don’t go right away, though. I tell my friend that I just “need a minute” to prepare. Bad idea. As I stand there I start feeling more nervous. I’m trying to think of what I’m gonna say. I notice that the music is way too loud in here.

Finally my friend pushes me and I start walking toward her slowly. “Shit … shit … shit,” I’m thinking to myself.

I walk up close beside her and hope that she looks up at me and makes eye contact. I feel weird.

She looks around the room, but doesn’t seem to notice me standing nearby. Maybe she’s not attracted? I start having doubts. Maybe it would be better if I picked another girl…

But I look back at my friend and he’s making a face that tells me I need to do this.

I feel more nervous and awkward than ever before, but I walk over to her and say something. My voice comes out weak and unsure. I feel bad inside. I can already guess what’s going to happen next.

The girl barely looks at me before ignoring me.

I stand there for a couple more seconds before walking away in shame and embarrassment.

Why People Get Turned Off

If you have shyness or social anxiety, then I’m sure you’ve had times in your life when you felt how I did.

Maybe you didn’t get brutally ignored by a hot girl you went to go talk to, but you felt rejected. You felt like people simply didn’t like you, and anyone you did try to talk to wasn’t interested in talking to you.

So, why don’t people like you? And why did that girl ignore me at the bar?

The idea I’m going to propose in this article can rock your world — if you understand it and apply it in your life.

Our assumptions or predictions of what is going to happen in social situations usually come true. What do I mean by this? If you assume you’ll be accepted, then you usually will. And if you predict that you’ll get disapproval or rejection, then you also usually will.

(You don’t have to believe me yet, by the way. I’ll show you plenty of examples of how this idea works. I’ll even show you how YOU can apply this idea in your own life to get the friends, confidence, and romance that you deserve.)

I know it sounds like a paradox, but it’s true.

I’ll go back to my story.

If I had assumed that the girl would be attracted to me, or at least that she would be friendly … then how would I have acted instead?

Well, I probably wouldn’t have waited around before talking to her. If I had assumed she would accept me, then I probably would have simply walked over in a relaxed way, and said the first thing that popped into my head. And then the conversation would have gone from there.

If I had approached her in this way, then even if she wasn’t attracted to me, she probably would have still been friendly and open.

How do I know? Because I’ve approached plenty of other girls since then, and the biggest thing that determined whether they accepted or rejected me was my own behavior. My appearance barely changed.

The big thing to understand here is that it wasn’t my appearance or anything else that caused her to reject me. It was my assumption of her disapproval.

Going Deeper Into The Twilight Zone…

Listen, we’re getting a little crazy here, but this is what it comes down to…

You are always unconsciously broadcasting your inner beliefs to the people around you. You broadcast these beliefs through your behavior. From the way you make eye contact, to your posture, to the tone of your voice, to how open you feel to express your real personality and humor.

So when you walk up to someone new, the way they respond to you is determined by your own behavior the majority of the time.

People are looking at the way you act to see how they should treat you. The reason why they do this is because it’s like a mental shortcut. It’s the quickest way for them to find out if you are worth their time.

On the other hand, if you walk up to someone nervous and insecure, then what does that communicate? Well, probably most people don’t like you — otherwise why would you be so scared? You probably don’t have a lot to offer — maybe you’re trying to get something from this person or trick them. And you probably don’t consider yourself valuable.

I make sure to base my writing on real science. To give credit where credit is due, a big influence for a couple of the ideas in this article was Professor David Moscovitch’s research paper called “What Is the Core Fear in Social Phobia? A New Model to Facilitate Individualized Case Conceptualization and Treatment,” published in Cognitive and Behavioral Practice, 2009.

So much of your social success is determined by what you assume or predict is going to happen in social situations.

Let’s look back again to the situation in the bar. Before I walked up to the girl, I was feeling really nervous and afraid. Why was I feeling this way? I assumed that she wouldn’t want to talk to me. I predicted that she would reject me.

And that’s exactly what happened. My assumptions came true.

One big insight I’ve had is that shyness or social anxiety is often caused by an assumption of disapproval.

It’s usually when you think people won’t like you for some reason that you feel nervous and anxious. When you assume people will disapprove of you, then you feel anxiety and shyness in social situations.

Here’s a couple more examples of how an assumption of disapproval can manifest:

In all three of these examples, you can see how an assumption of disapproval can sabotage you in forming friendships or relationships, and in expressing yourself confidently.

So the question now is: What creates this assumption of disapproval in you?

An Assumption Of Disapproval Usually Starts With Insecurity

If you have shyness or social anxiety, then you probably have some insecurity.

You have some flaw or defect that you think makes people dislike you.

Maybe you think you are too ugly. Or too tall or short. Too skinny or fat. Maybe your teeth are crooked or your nose is too big. Maybe your penis or breasts are too small.

Or maybe you have no social life and try to hide it from people. Maybe you think your lifestyle is boring and uninteresting. Maybe you believe that, because you’re a loner or a virgin, that means that people simply won’t like you.

Or maybe your anxiety and shyness itself is what you feel insecure about. Whenever you start feeling nervous, you try to hide it from people. You don’t want anyone to notice when your heart starts beating faster, or when you’re sweating, shaking, or blushing.

So ask yourself: What is my insecurity? Is it something already mentioned? Or something else?

Here’s an important question I ask most of my clients: “What is the thing you are the most worried about people noticing or finding out about you…that would lead them to reject you?”

I love this quote that sums it up well:

People who fear rejection usually act as if they have some deep dark secret that would mean instant loneliness if it were discovered. – Jonathan Berent

People Hate Your Feeling Of Insecurity, Not The Thing You Are Insecure About Itself

This is what you need to understand…

People usually don’t mind your insecurity. If you don’t believe me, then look around. Even ugly, obese people have friends. Even stinky homeless people have boyfriends and girlfriends. Even people who are completely unintelligent and watch reality TV all day have confidence.

No matter what you think your “flaw” or “defect” is … you can find people with the exact same “flaw” who are able to have friends, confidence, or romance!

So it’s not the flaw or defect itself, but your feeling of insecurity around it that is actually turning people off.

This is something that took me a long time to accept. I fought this idea and resisted it. I thought that my appearance was the real reason for my lack of confidence and a girlfriend.

But finally I gave in…

Moving Towards An Assumption Of Acceptance

As I got more experience socializing with people, I realized that the key to making people like you is not in trying to appear flawless or perfect, or trying to fit into some mold promoted by the media for how you “should” be…

Once you get good at assuming people will like you, you’ll see them respond much differently. Not just girls who you talk to, but people you meet in many other situations, too. Being confident, making friends and even getting a girlfriend all become ten times easier. (As long as you combine this with being assertive.)

Don’t get me wrong. There is no magic pill. I STILL get nervous sometimes in social situations or before approaching an attractive girl. But with this inner shift, I found a path that I could follow. And instead of being a loner with extreme social anxiety, I have friends, I’m seeing different girls, and I’m fairly confident.

So take this idea and put it to good use in your own life.

Here’s What To Do Next

If you like what you’ve read in this article, and want to learn more from me, here’s what to do.

First, I recommend you signup for my newsletter and download this FREE report I put together called “3 Simple Steps To Overcoming Shyness Around Girls.”

Second, you can take a look at my other articles by going to my shyness and social anxiety blog.