The Real Most Interesting Man in the World

Note: This is a long but incredible story that you won’t want to miss. I have not included his name due to privacy reasons but I assure you it’s all true. I verified the information with his relatives, friends, and my own online research. There are plenty of facts here for you to confirm on your own. 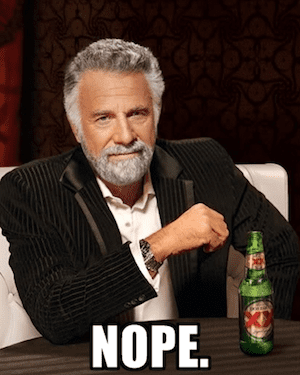 I spent my first Thanksgiving away from home, halfway across the country with girlfriend’s family in Chicago. I expected nothing less than amazing but was truly taken aback when I sat down and got to bond with her grandfather…otherwise known as the most interesting man in the world.

He was a quiet, private man who walked with a limp, didn’t talk much, and usually liked to just stare. My first night there, I could feel him watching me — almost as if he was trying to feel me out and see what kind of man I was. The night ended with barely a few kind words exchanged between us.

We celebrated the holiday the next afternoon with football and more food than I could’ve imagined. I was determined to break the ice with the mysterious elderly man who always sat silently in the same swivel chair. I finally found my answer in the Dallas Cowboys – Miami Dolphins game.

He was surprised to find out I knew my football facts and I could tell he was slowly warming up to me. A few drinks and a game of poker later, the conversation landed on medical histories. From the end of the table, he surprised everyone by chiming in…

“I’ve had surgeries to replace both of my hips and knees. What bothers me most, though, is my neck.”

I pried further and discovered the reason he seemed to be staring at me so much – he couldn’t turn his head and was blind in one eye. He’d broken his neck and suffered complete paralysis by the age of 24. He told me he’d been a passenger in a car with his friend when a wild horse ran out onto the road. The roof was ripped off and instantly broke his neck and lacerated his head wide open.

This all happened on a small country road in Wyoming so it took nearly an hour until someone drove past the horrific accident. Luckily, it was a doctor and his wife on vacation who immediately tended to his near-fatal wounds. They stayed until another car came around which they instructed to get an ambulance. Overall, he waited several hours before receiving any medical attention. Did I mention his wife was nine months pregnant with his first child?

They transferred him from hospital to hospital because no one knew what to do for him. He received 90 stitches in his head and ended up at the Finger Lakes Naval Hospital due to his time in the Air Force during the Korean War. He spent nine months in a full body cast, limited to staring straight up at the ceiling or down towards floor when rotated.

For over two years of hospitalization, he kept sane and motivated with the help of two injured veterans on either side of him. He would eventually be the best man at both of their weddings years later. And that doctor and wife who saved his life? He sent them Thank You notes and Christmas cards for 20 years.

After experimental surgery to fix his paralysis, it took him years of constant practice to gain back mobility. He decided to return to college and took a stab at something more physical — construction. He thought, what better way to start than to build your own house? He took his life savings and that’s exactly what he did.

After doing such a good job on his own house he figured…why not build my parents a house? He enjoyed that so much that he rounded up a group of friends and started a construction company with no prior business knowledge. He turned his new effort into a lucrative business for over thirty years.

In the town of Downers Grove he built successful restaurants, banks, a library, his own A&W franchise, and many other homes. He also built his family a beautiful cabin in Canada by Nestor Falls on his own private island. In the entirety of his career he never had to advertise once, all his business was generated by word of mouth. His four friends worked with him until the day he retired and are still close to this day. Did he stop there? Of course not.

He joined Toastmasters and became the governor of the club in three states. He won Toastmaster of the year in Illinois and founded the Kiwanis Club of Downers Grove, an organization dedicated to helping children around the world. He had nine children (seven his, two adopted) and performed public speeches on how to raise and love kids properly. His children and grandchildren are some of the most successful and well-adjusted people I’ve met.

He then bought his own plane and would often fly his family around the country and up to the cabin in Canada. When he wasn’t using the plane, he leased it to the county airport for a small fee. During one of those times, he got a devastating phone call informing him that his plane crashed and killed all seven passengers inside. He was shaken and wary to ever fly again.

Eventually, the fire inside got the best of him and he bought another plane. He taught each one of his kids how to fly and passed down his unrelenting passion for living. He took up stock car racing and competitive fishing in his later years. He now builds intricate model airplanes and ships with his grandchildren and teaches them to drive his boat.

By the end of our conversation, he looked into my eyes and stunned me for the final time.

“I have cancer and it’s well-developed but I refuse to go through chemotherapy.”

His time on the board of a cancer society allowed him to interact with many patients that had been through chemo. While the treatments worked, he said that every person he’d spoke with felt like they had a part missing from them. They were either weakened, lost their spirit, or always bedridden.

“I’d rather live my final days to the fullest, the way I want to, rather than wither away like that.” he said seriously.

Whether you agree with his choice or not, I understand where he’s coming from. A man with such vigor doesn’t want to be held back in any way. I respect that.

The night closed out with words that are quite familiar to me. I’ve heard them often, even said them myself, but they had a much deeper message that resonated from him:

“I don’t talk very much about these things…only a few of my children know about my past. But, I have no regrets in life. Yes, I wouldn’t have chosen to be in that crash but I never let it stop me from going after what I want. I always believe in mind over matter. If I had given up at the accident scene, or in the hospital, or with cancer, or various points of my life, I wouldn’t be here now.”

“The only thing that upsets me in life is when I see the young generation doubt themselves. When I see them complaining about the lives they have, the job they hate, and what they wish they were. There is nothing stopping you from getting what you desire in this world. Nothing at all.

Don’t spend your days miserable and unhappy. Find out what makes you feel fulfilled and go do that. Trust in yourself and enjoy life the way you dream of.”

I believed him because the proof was right in front of me. I met a man who had some of the toughest life experiences and still made the best of them. And through all that, he was one of the most positive and inspirational people I’ve ever encountered.

As I was leaving, I hugged and thanked him for the wonderful stories and told him I wanted to hear more before I left for Boston. He smiled back at me and said,

“Sure, but don’t forget, there are still more memories waiting to be made.”