How to Break Free From Feeling Helpless 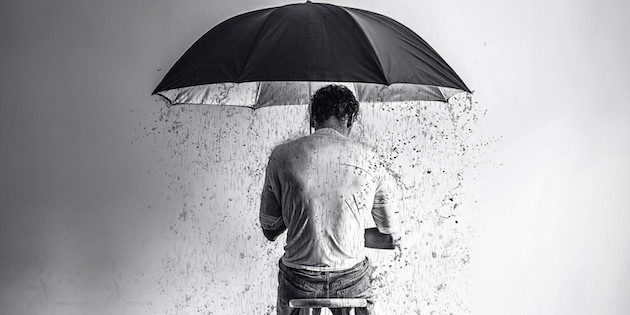 When I began coaching, I expected people to come to me with all sorts of problems.

But I never expected so many to tell me, “Nick, I feel totally stuck. I’ve tried everything but I just don’t have what it takes. My life is hopeless, so why should I bother trying?”

These people feel completely helpless in their lives. They feel like they have no control over achieving their goals or finding fulfillment.

The first time I heard this, it hit me hard. Because I remember how trapped and powerless I felt years ago.

In the span of months, my dad had a heart attack and was forced to close our family restaurant. I had to drop out of college to support my family. My friends all moved to colleges out of state and my social circle disappeared. Then my girlfriend of two years dumped me.

It seemed like there was nothing I could do to stop the shit storm. I believed I was destined for unhappiness.

So I blamed myself. I blamed others. I wallowed in self-pity. For a long time, I did nothing and nothing changed.

I was experiencing a mindset called learned helplessness. And it kept me miserable and from getting what I wanted out of life.

What is learned helplessness and where does it come from?

Learned helplessness is the belief that you have no control over changing your situation. You think that no matter what you do, you’re headed for failure. It usually stems from negative experiences from your childhood or adolescence.

Maybe you tried to make friends but were constantly picked on instead. This taught you that you’re bad at socializing and no one will ever like you.

Maybe girls rejected you when you asked them out or made a move. This taught you that you’re unattractive and doomed to be forever alone.

Maybe your parents unfairly compared you to other kids who were smarter, more athletic, more beautiful, or more motivated. This taught you that you’ll never be good enough and other people will always be more successful.

Whatever it was, you learned that it was pointless to try. So what did you do instead?

You protected yourself and gave up. And why wouldn’t you? Nobody wants to endure pain, rejection, and defeat on a regular basis.

But what you didn’t realize was that you were setting yourself up for even more failure in the future.

Why learned helplessness is a lie

By avoiding action, you never strengthen your emotional resiliency. You never try different methods that could yield better results. And you never gain positive reference experiences that could disprove your helplessness.

And now, even when there’s a chance to cultivate success — you don’t take it.

This shouldn’t scare you, it should LIBERATE you. There’s nothing wrong or broken with you. You just haven’t put in the effort that’s essential to growth, getting results, and seeing that you are capable.

How do I know all this? Because in 8 years, I’ve never met a truly hopeless person.

My clients who have taken consistent action improved their circumstances, hit their goals, and experienced more fulfillment. Suddenly, they weren’t so helpless.

It’s extremely rare that someone takes a passive stance in life and comes out winning. But when you take control of your life, you create a new reality of abundance. 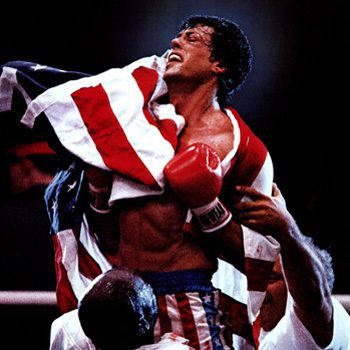 Did Rocky give up? No, he got hit and kept moving forward!

Our job as individuals is to fulfill our needs. No one can else do that for us. The only way to accomplish this is to become self-reliant and learn to help ourselves.

“There is a time in every man’s education when he arrives at the conviction that envy is ignorance; that imitation is suicide; that he must take himself for better, for worse, as his portion; that though the wide universe is full of good, no kernel of nourishing corn can come to him but through his toil bestowed on that plot of ground which is given to him to till. The power which resides in him is new in nature, and none but he knows what that is which he can do, nor does he know until he has tried.” ― Ralph Waldo Emerson, Self Reliance