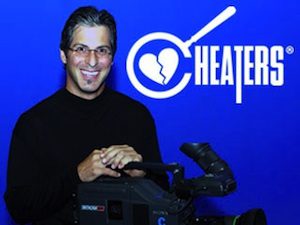 The concept of cheating has been on my mind a lot lately. Not because I have any interest in doing it myself, but I hear so many different views on the subject. How do we know how far is too far? How does the person you’re dating classify cheating? Does dirty dancing count? Do flirtatious texts? What about secret late night phone calls with an ex?

I’m here to settle the debate of what constitutes cheating once and for all. But before I do, we must understand the roots of cheating. Dissatisfaction and unhappiness breed two types of affairs: emotional and physical.

Emotional cheating is when a person feels unsatisfied in their relationship and seeks emotional fulfillment from someone other than their partner. Maybe their boyfriend doesn’t listen anymore. Maybe their girlfriend has been distant and doesn’t open up. Maybe they don’t feel respected or desired by their partner.

Physical cheating is when a person becomes sexually active with someone other than their partner. This can include kissing, touching, foreplay, and of course sex. Also included are non-physical acts like naughty text messages and nude pictures due to their intentions.

Both forms are equally as toxic. It’s just that physical affairs are easily recognizable while emotional affairs go unnoticed – sometimes even by the person committing them. It’s hard to deny that you’re not cheating when you’re naked on top of someone. It’s much easier when it’s an “innocent” friend who you text back and forth all throughout the day.

Men are generally straightforward with their cheating. I’d say most of the time men cheat for purely sexual reasons. They see a hot girl and want to “get up in that.” It’s less common to find a guy whose main reason for cheating is that his girlfriend doesn’t care enough.

Men also have an easier time separating their emotions from their affairs. I know guys who stay with their girlfriends for years while cheating on them. Yet they still claim their partner is the one they love. One guy told me, “I love my girlfriend and want to be with her, I just need a different piece of ass once and a while.” Not cool.

Women often have much more complex reasons for cheating. There’s almost always some kind of emotional element present. Even when it gets physical, it’s often because they lack something deeper in their current relationship. Very rarely does a girl cheat because she wants to test out a bunch of guys.

Women also have a harder time separating their feelings from an affair. Something that may have started on a physical level can progress into an emotional dilemma. They tend to become distant from their current partner as they feel closer to someone else.

So what constitutes cheating?

It’s simple: if you’re doing something with another person that you’d be afraid to tell your partner about, that’s a good indicator of cheating.

It’s perfectly okay to inform your girlfriend that you’re going out for drinks with a coworker. But, if you find yourself lying about where you are and feeling guilty about it, you’re heading for infidelity. If there’s really nothing happening, you should always be able to tell the truth.

Setting limits and having open communication is key in a relationship. What you see as “harmless flirting”, your partner might consider unacceptable. While my girlfriend and I agree that sleeping with someone else is cheating, a couple in an open relationship most likely would not. Every relationship has different boundaries and you need to put in the effort to find out what those are.