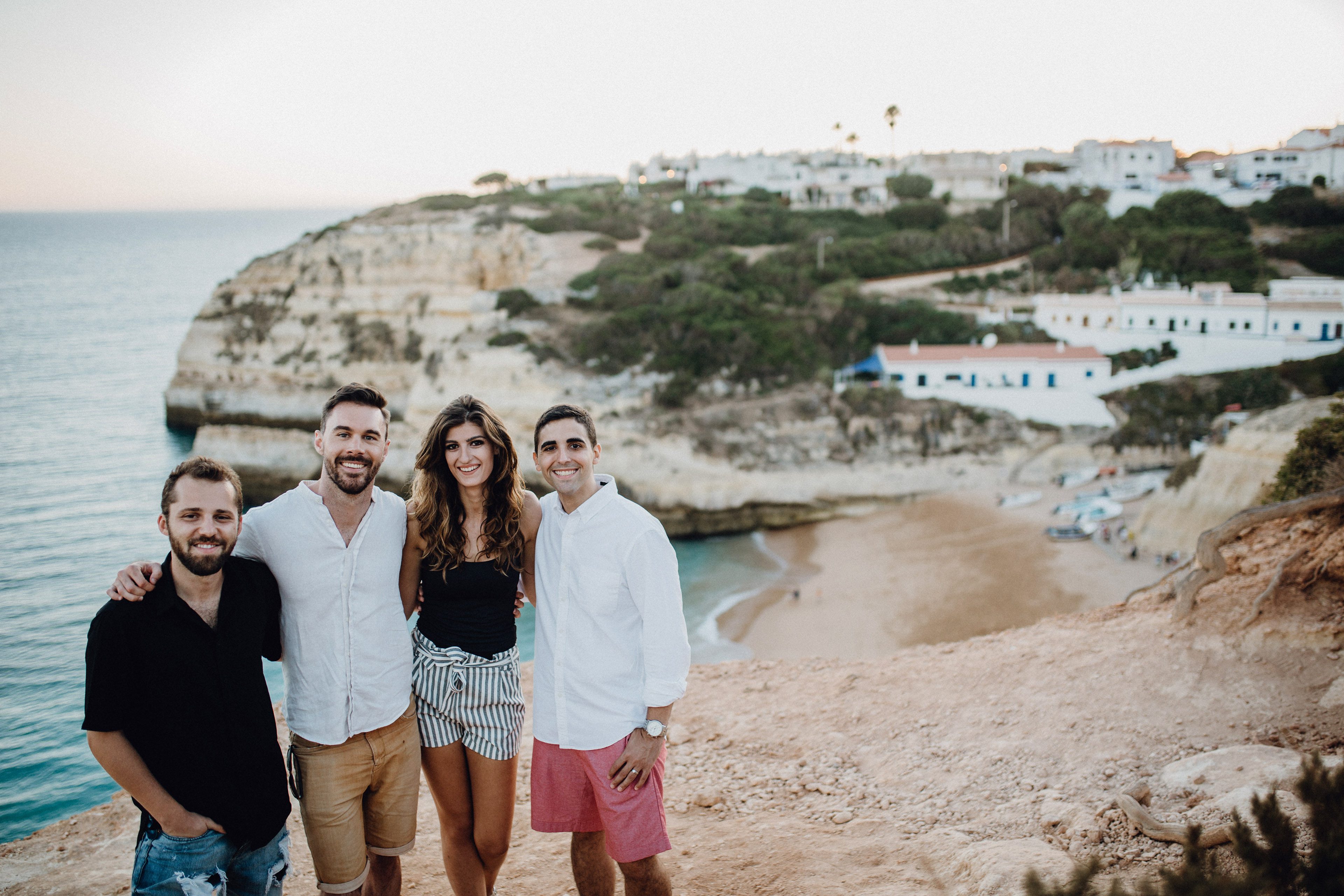 About two years ago, I had a vision sparked by my friends Julian and Kristina from LoveLifeSolved. I wanted to bring people from all over the world together to become more confident in themselves and create more fulfilling lives.

It sounded like a pipe dream. Yet this past September, I hosted my third retreat. This time it was in Lisbon, Portugal alongside Julian, Krissi, and Pete from Beard Strokings.

I have to say…

Lisbon is its own world.

Since many societies controlled Portugal, the architecture varies wildly. It turns a combination of colors, lines, and textures into something unique and stunning.

The nightlife is unlike almost any other I’ve experienced. The most popular spots are in the streets. From 11:00 PM to 3:00 AM people pour into bars in two main neighborhoods. They grab drinks and take them outside to mingle.

This creates a casual, calm atmosphere. I genuinely think fresh air and not being packed into little rooms changes people’s moods dramatically. Everyone is a lot more positive, warm, and inviting.

It didn’t feel like a cheap nightlife experience. The guys felt that way, too and were surprised at how much they enjoyed going out at night.

And since Portugal has decriminalized all drugs…that made for some truly unique encounters. It’s a bit of a culture shock to hear…”Cocaine…heroin…hashish — free try!” offered to you on the street over five times a day. I never felt threatened but it still amazed me every time.

That’s some of Portugal. Now let’s talk about what’s really important: the lessons you can take away from the retreat.

You can make your own reality 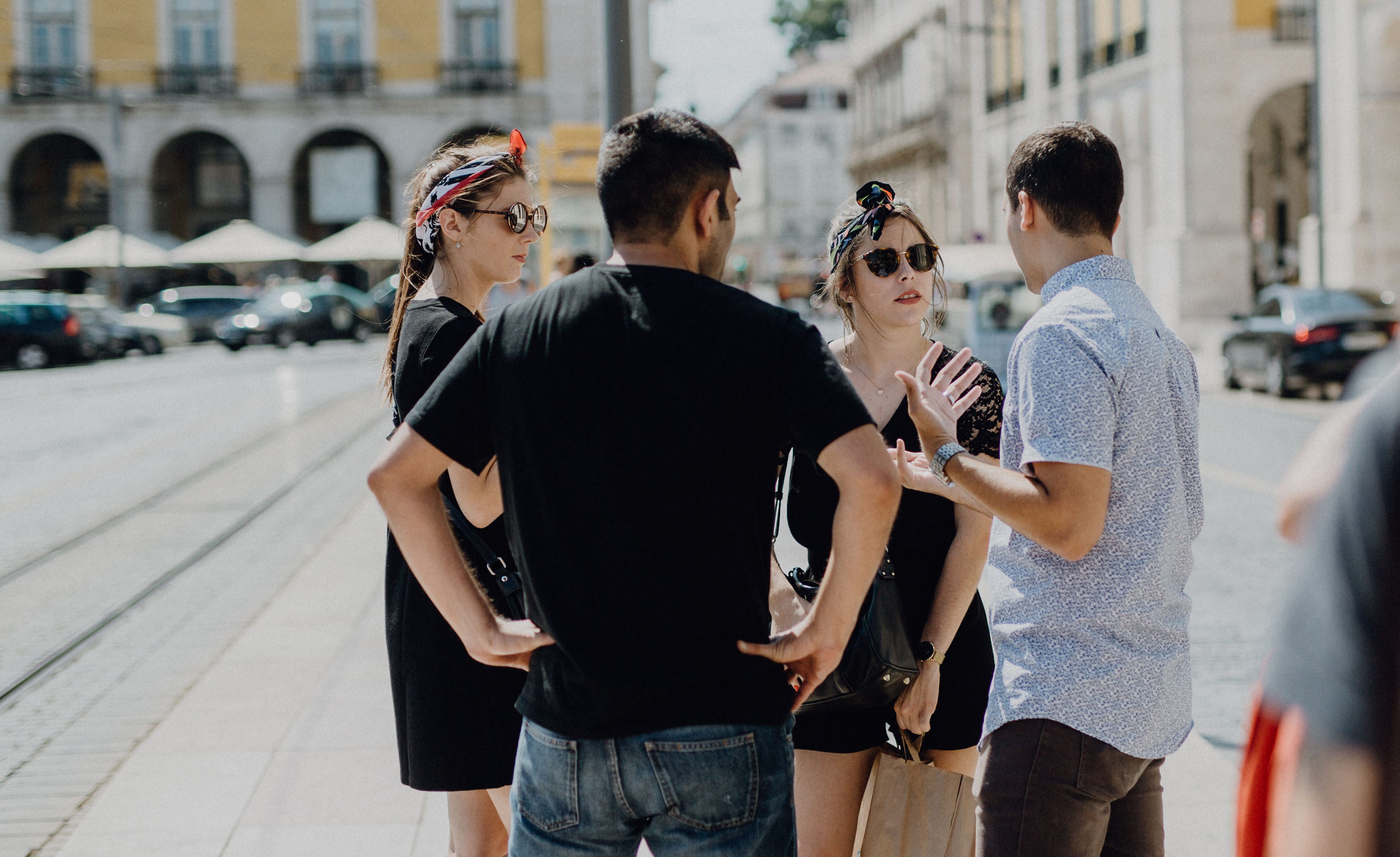 On the first day, I looked at the guys and said…

“During these 4 days, you’ll have experiences that seem impossible right now. But you’re here to cultivate incredible new realities for yourselves. You don’t have to believe me — I just want you to be open to that idea.”

I already knew this to be true. Like I wrote in my last article, I’ve witnessed people for 10 years crush every limitation they’ve assigned themselves.

But at this retreat, some of these “reality breakers” surprised even me. Things like…

There are infinite realities at any given moment. You don’t always have to take what’s given to you. If you challenge the notion of what’s possible, you’ll experience what you thought was previously impossible.

Meaningful connections are probably what you actually want 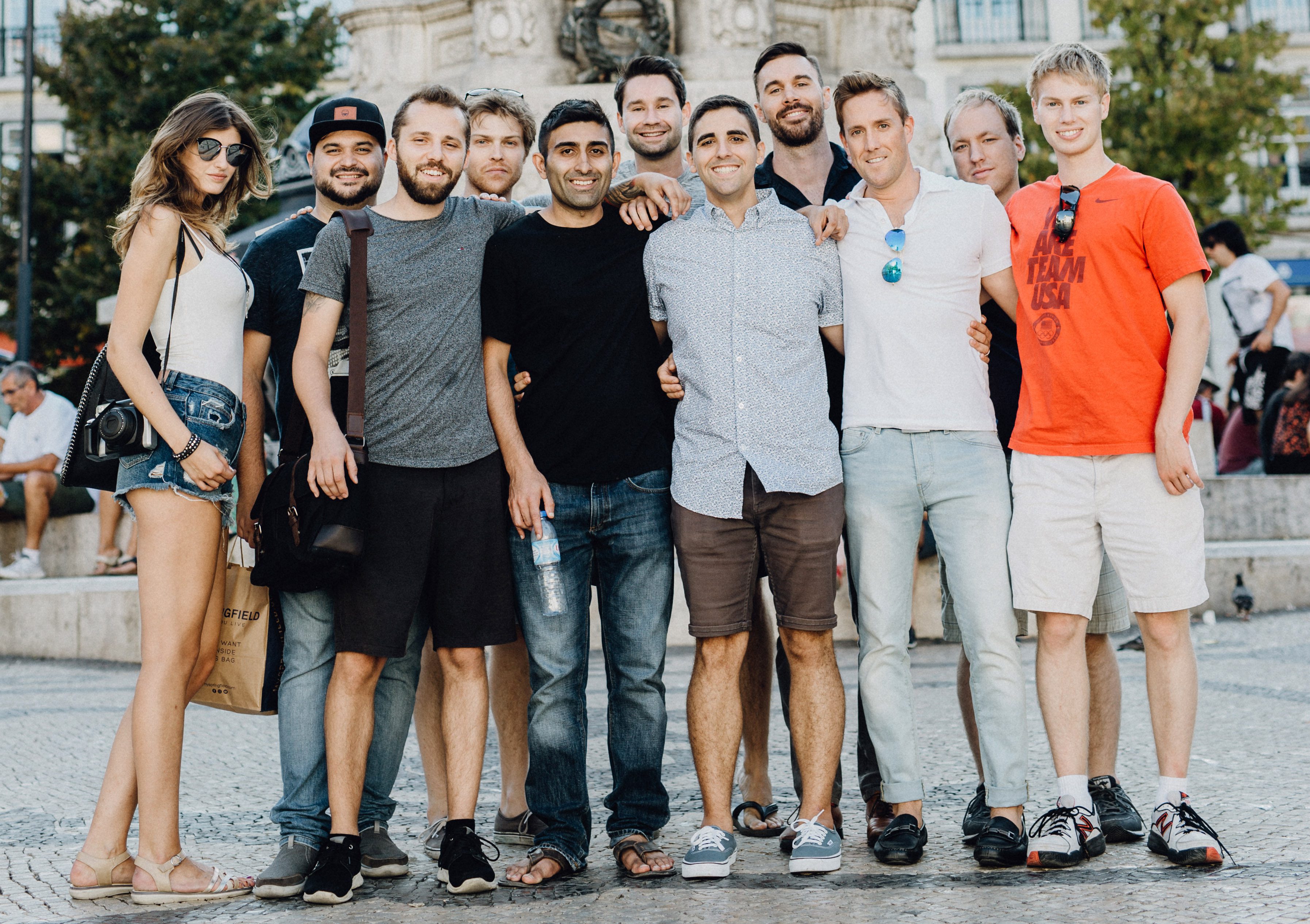 We also kicked off the retreat with everyone sharing their goals. Nearly all of these revolved around women – how to meet them, attract them, and have sexual connections with them.

Are you ready for the plot twist? Post-retreat, ALL of the guys said that women were no longer their ultimate goal.

Don’t get me wrong – they are all still sexual men who are enthusiastic about intimacy. BUT…sex isn’t what wakes them up in the morning. It’s NOT the only thing that makes them feel fulfilled and satisfied. It’s NOT what motivates them to continue building the life they’ve always wanted.

Instead, now they’re inspired by….

In fact, this echoes what I’ve witnessed in my coaching — more men than ever tell me that sex or approval from women was NOT their most cherished takeaway from our work together.

I’m not downplaying the importance of everything that comes with sexual intimacy. We all want to have sex with women we desire. And you should still be assertive in your pursuit of those needs.

Just don’t be deluded that sex is going to make you fulfilled long-term or improve your self-worth. I know too many men who get laid and are still miserable.

I think of my business as a healthy bait-and-switch. Men come in chasing women’s approval and trying to have more sexual connections. They come out realizing what they needed was self-acceptance, self-compassion, and healthier connections with EVERYONE, themselves included.

This gives them meaning. It makes them feel…alive. All of a sudden, connecting with women is a whole lot easier and honest, meaningful relationships happen naturally.

Once you see what’s possible, you can’t go back 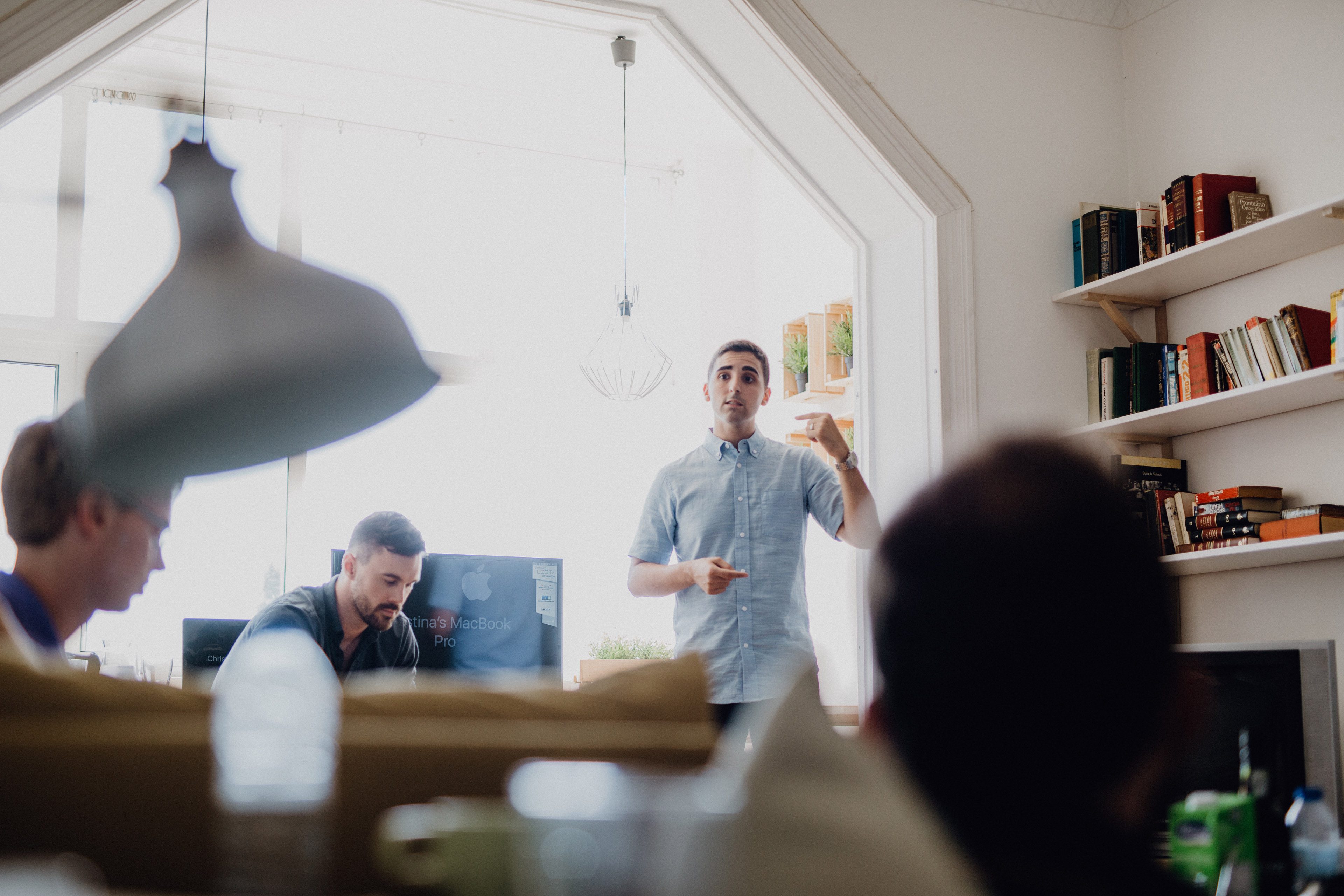 A friend once said, “I’ve never seen men change their entire selves more than for the prospect of women.”

As I said above, it’s not really about women, though. It’s about truly realizing your self-worth and your ability to create the reality you want for yourself.

Once you’ve accepted those ideas as true, everything changes. And usually…there’s no going back.

People become endlessly motivated to become their best selves and build the life they find personally fulfilling. They stop trying to live a life pleasing everyone else.

Just from this retreat….

Online dating doesn’t have to be a miserable experience 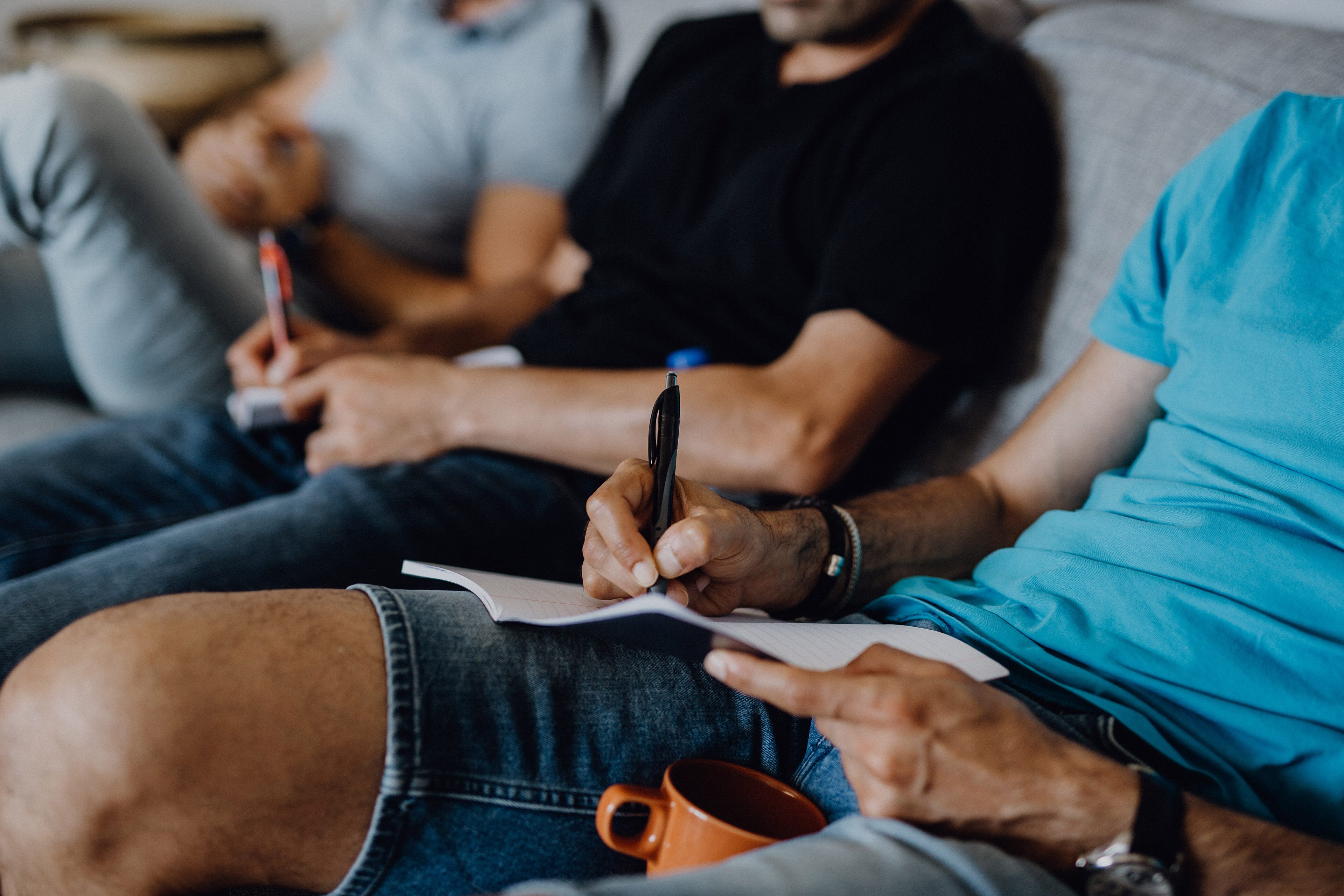 Almost every guy hates online dating. The men at the retreat were no different.

They were all frustrated because they couldn’t get matches or get women out on dates. No one had any interest in continuing with dating apps. Many guys believed they were destined to fail on those platforms because of their race and physical appearance.

Still, as part of the retreat — we had our photographer Sarah take pictures of the guys every day. We took some posed shots on the apartment roof, in our gardens, and just walking/hanging out around the city.

Last Tuesday, we had our first post-retreat group call. The men had a month to upload their photos and try their luck with online dating again.

Let me tell you…they could NOT shut up about their online dating success using Sarah’s photos. Every guy who used them saw dramatically improved results.

One guy said he was receiving at least three times as many matches. One guy said he mixed the new photos in with his old and Tinder’s algorithms pushed all the new ones to the top. And another guy told us he’d had three dates with three women in a single day. He said, “I think the photos are a little too good. I have to take a break from all the dates I’m getting.”

Online dating is ALL ABOUT YOUR PHOTOS. Fix them first or else you’re wasting your time!

And you don’t need a professional photographer to do this. Use my guide here.

You can torture yourself by swiping endlessly for a year. You can struggle to get matches with women you find interesting. Or you could spend a few hours taking a handful of pictures that will make online dating a fruitful, enjoyable experience for years to come.

You can connect with just about anyone 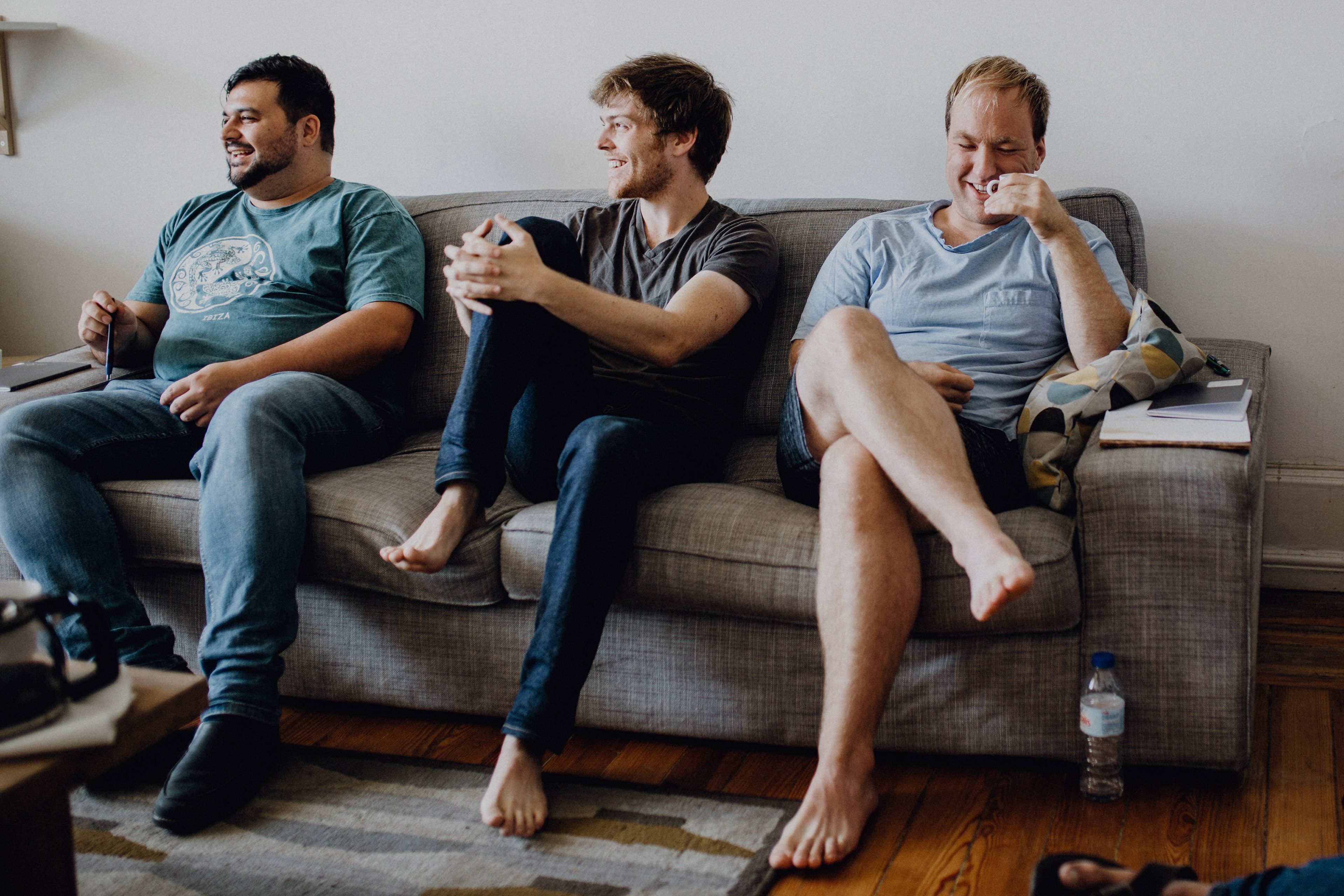 I believe so much racism, hatred, and selfishness in this world stems from a lack of human connection. That lack of connection is fueled by misunderstanding.

If someone is different than us, we tell ourselves stories. We protect or distance ourselves. We fear what we don’t know.

But the moment that person starts to be vulnerable with you, those illusions fade.

You see their humanity. You recognize your similarities. You feel empathy for them.

Because they’re taking that risk to show you their real selves, you begin to trust them. You trust that they have good intentions. Then that trust leads you to being more vulnerable with them and in turn, meaningful relationships are formed.

I’ve talked about this in my last retreat post, but I still think the point needs to be driven home:

This retreat had the most diverse group so far.

We had guys from all over the US, four different countries, and three continents. We had a mix of people in their 20s-40s. We had guys with no real dating experience to divorced men. And the men came from all different career types — blue collar to white.

I’m sure many of our members had major differences in their political, philosophical, or religious views. But none of that mattered because they first focused on sharing their struggles, experiences, humor, and opening up to one another. 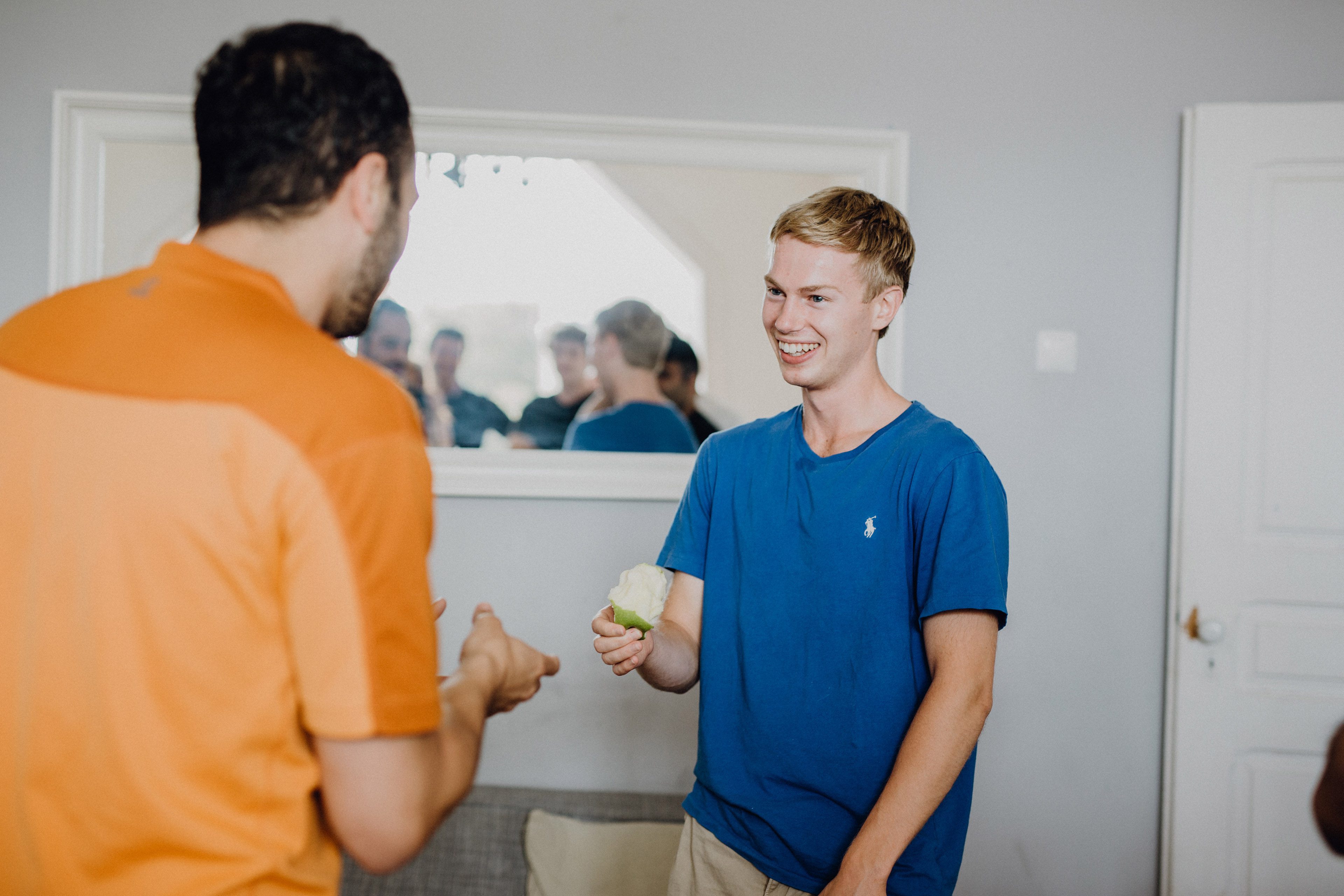 Ever since the retreat, they all talk regularly on Whatsapp, some have already hung out together, and many have plans in motion to see each other again. Because they have real friendships now, I’m confident they can express their differences and have a healthy dialogue. They can accept that they may not agree on everything but that doesn’t have to ruin a friendship.

Can you imagine the worldwide friendships we could create if we replicated this on a larger scale? Can you imagine how much racism, sexism, hatred, and violence we could quash?

I’ve dedicated my life to this kind of work. If we could even move things slightly in that direction, I think the world would be a much better place. 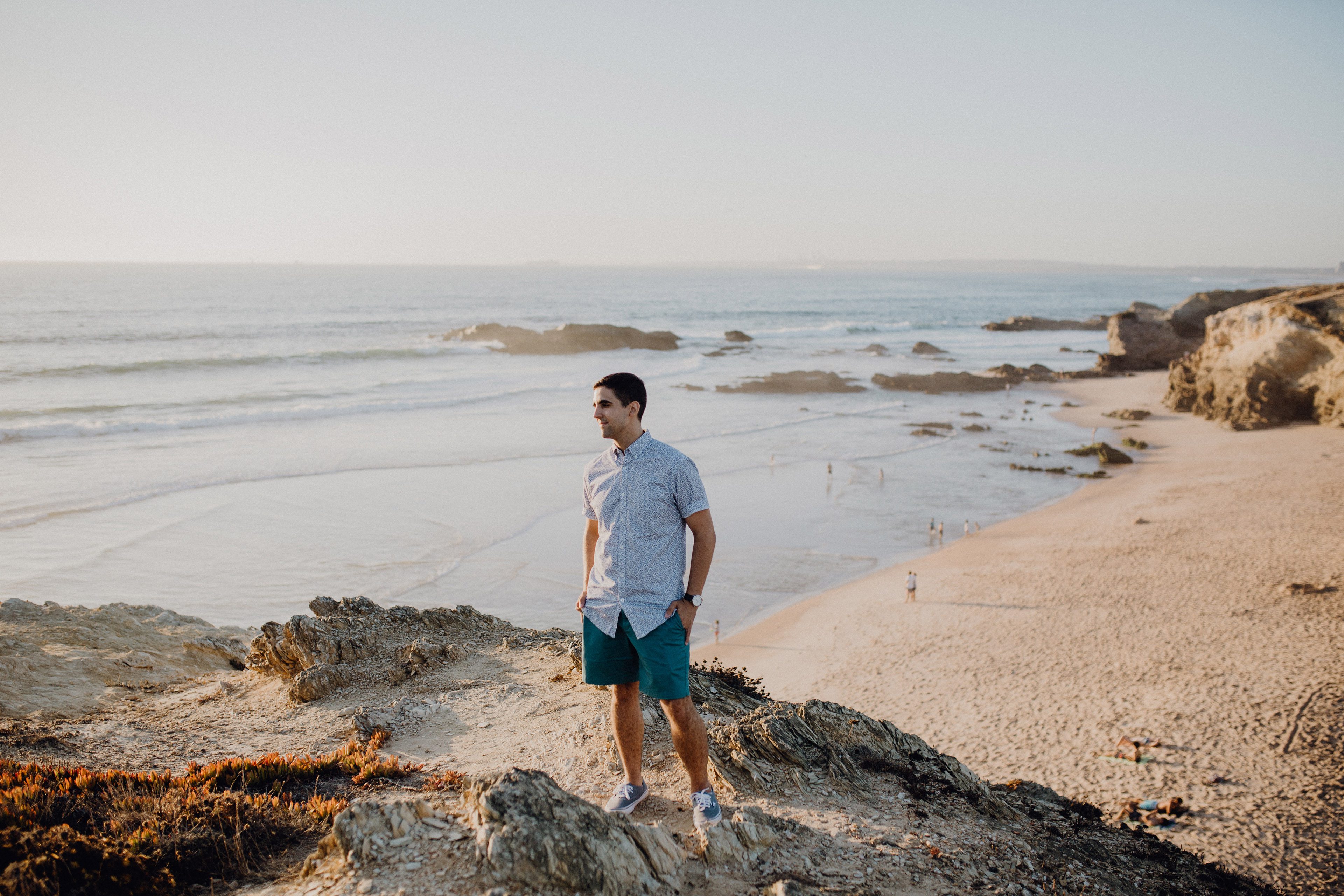 I’ve been coaching for over 10 years and I’m touched at how many people have said I’ve profoundly impacted their lives. But if this retreat taught me anything….it’s that I still have so much to learn from others.

Even though I’m often in the teaching position, I must always be a student as well. I think this retreat was the most effective and helpful yet — but that’s only true because of the brilliant team around me.

Pete provided all these different social/improv exercises and practical day-to-day tips that I had never explored. The guys then roleplayed with each other and Krissi while receiving our feedback.

I couldn’t believe how rapidly these men turned into engaging conversationalists. They were expressing themselves with passion, confidence, and depth. Every night the team and I would rave about the remarkable progress we saw from day-to-day. 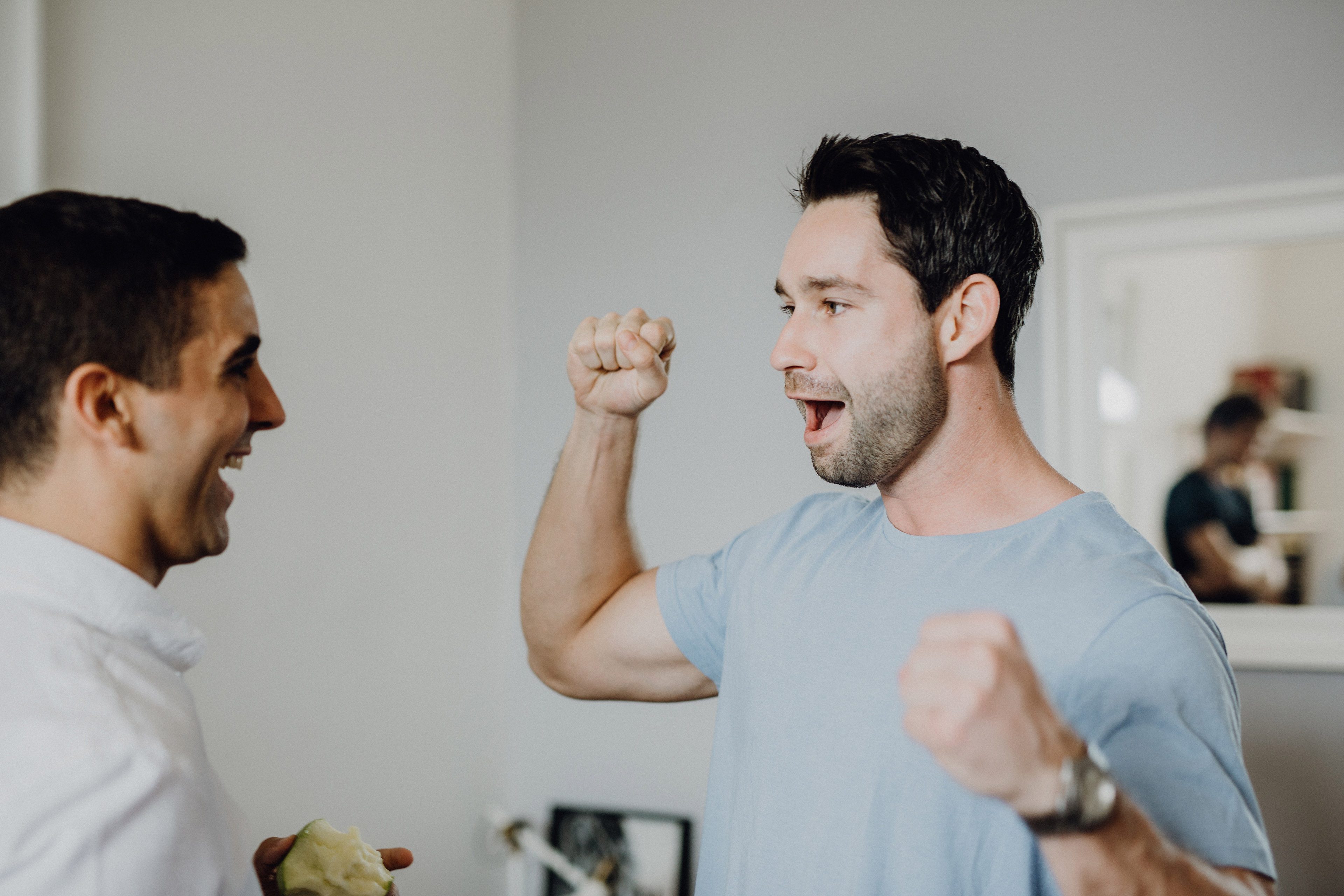 This enabled the guys to have great interactions and experiences with new people every day we went out.

Krissi roleplayed and gave our members an immersive experience talking to a beautiful woman. But that’s not what made her so valuable…

She was fully present and authentic with every single guy for four days. She had real conversations from her heart and never had to force anything. This allowed men to fully trust her and actually feel like they were in an authentic dialogue.

Further than that, she was so incredibly perceptive and picked up on every little nuance she could advise the guys on. She was direct but still came from a place of compassion. 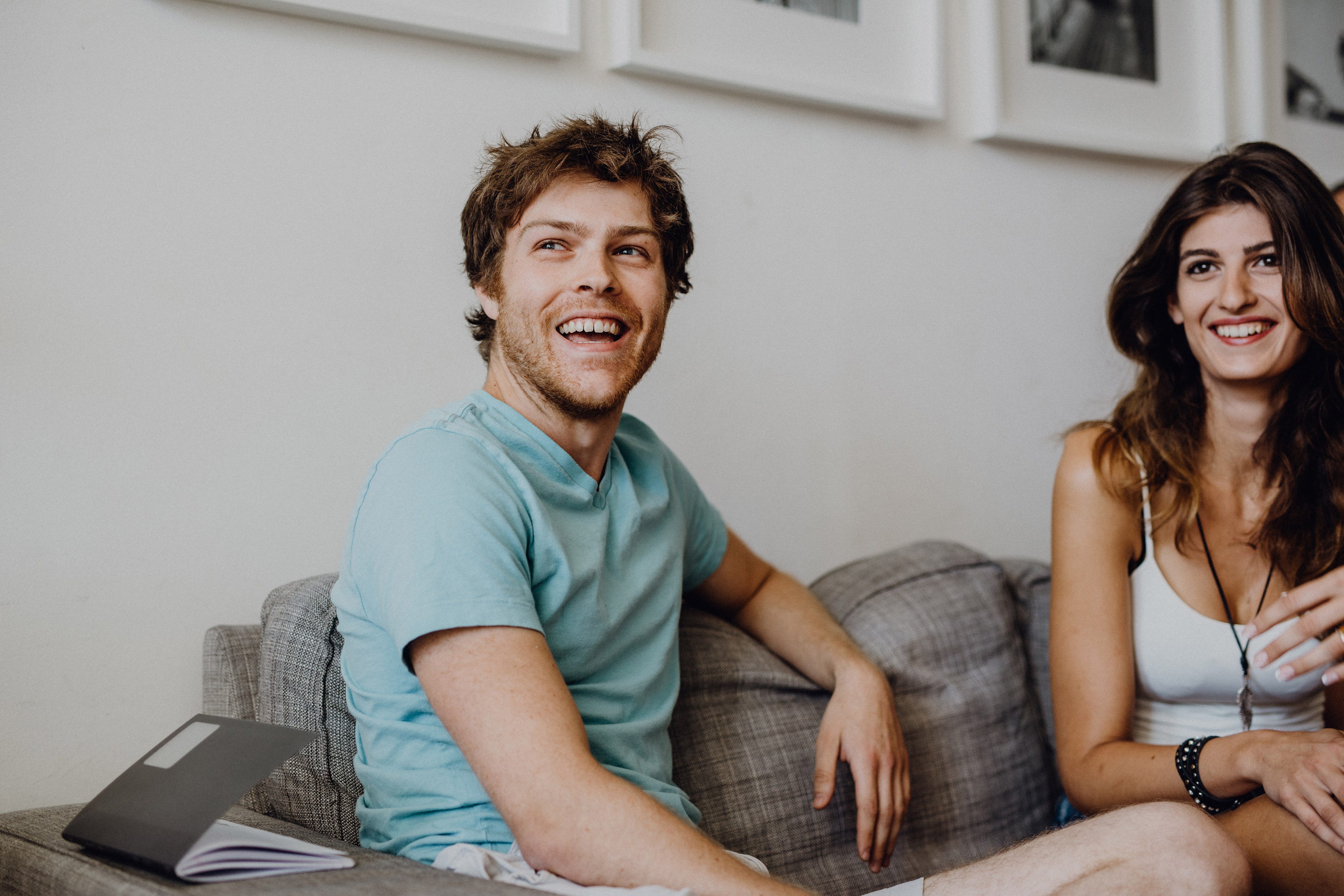 Julian openly spoke about his lifelong ongoing struggle with social anxiety and self-esteem. Seeing someone be so vulnerable about making massive changes in himself AND maintaining a great relationship with a gorgeous women was truly inspiring.

Some of the guys said that their one-on-one time with him changed their entire perspective. In those moments they didn’t need a coach…they needed someone who had gone through the same journey and understood them on a deeper level.

And finally, where would we have been without Sarah? On the surface, she was the photographer trying to make everyone look their best. But really, it was her free-spirited personality and never-ending laughter that constantly elevated everyone’s moods. Any time she talked to a guy, he couldn’t stop smiling. 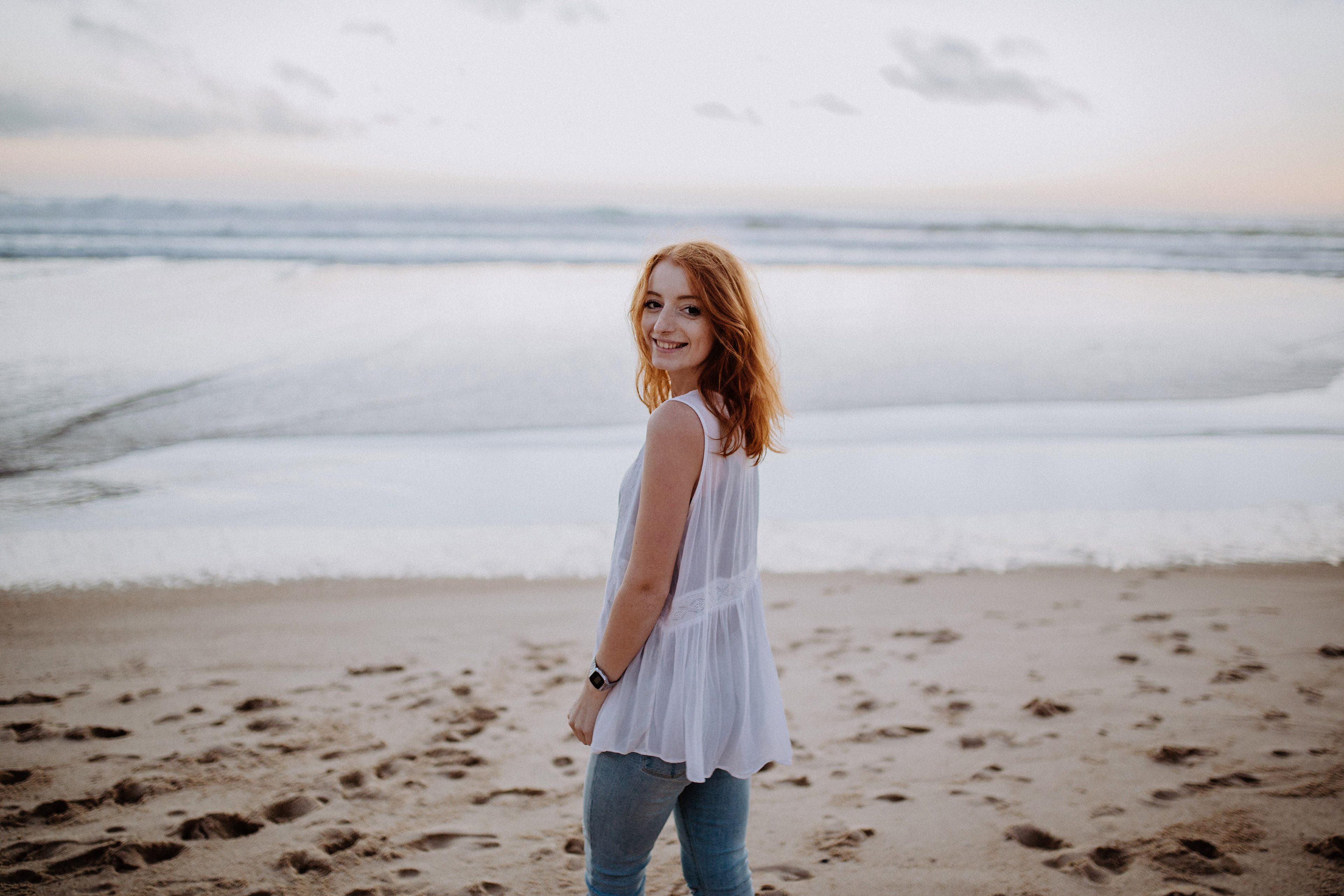 So thank you everyone! But a special thanks to all the members who provided constant feedback on how to improve our coaching. They shared their insights on what did and didn’t work for them. And because of that — I know we’re all going to be much better at helping others.

The smartest people know you can ALWAYS learn something new. 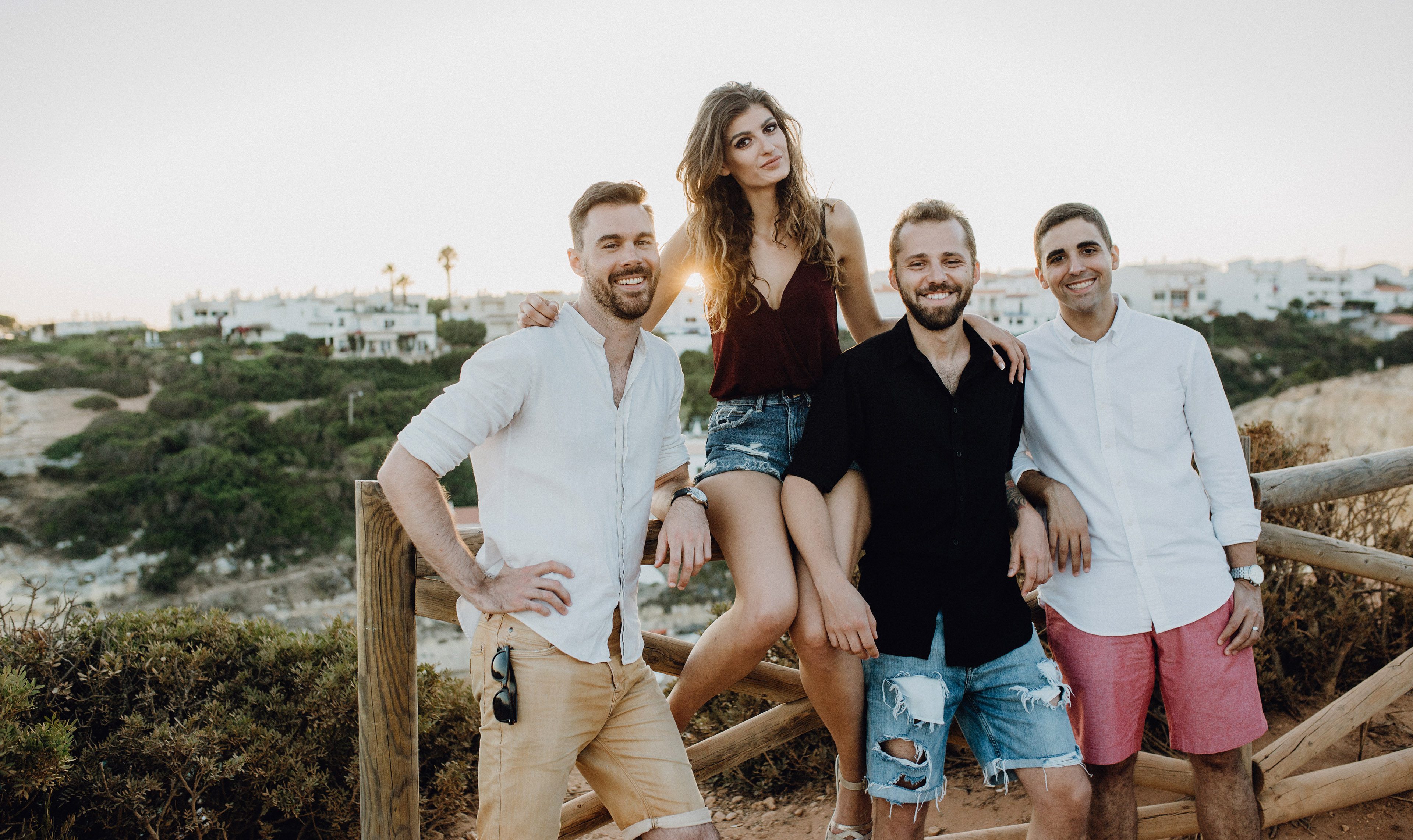 If you’re interested in attending the next retreat, contact me here. We’ll put you on the waiting list and let you know as soon as it’s announced.