How to Turn Shame Into Confidence 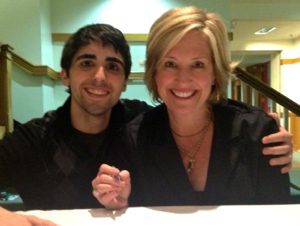 On Monday, I sat in the audience of a packed auditorium listening to the brilliant words of Dr. Brene Brown. For those who don’t know her, she’s a social researcher who became widely known from her famous TED talk on vulnerability, shame, and building real confidence.

In this article, I want to examine her findings on shame and apply it to the struggles men face in their dating lives.

Understanding the difference between shame and guilt

During the talk, Brene hit an interesting point on the difference between shame and guilt. Her research has shown that shame is one of the most powerful, destructive emotions that everyone experiences (unless you lack empathy).

Simply put, the difference between shame and guilt is…

“I can’t believe I did that, I’m a complete idiot” is shame.

“I can’t believe I did that, it was a dumb decision” is guilt.

When you filter your mistakes through shame, you internalize that you are a bad human being. You are belittling your self-worth. You believe you’re a failure as a person.

When you filter your mistakes through guilt, you internalize that you simply made a wrong choice. You are upset with your actions but not yourself as a whole. You believe the failure was temporary and can be adjusted and learned from next time.

Shame is never a useful tool. Her research shows that it leads to depression, aggression, resentment, addiction, violence, and even suicide.

Guilt, on the other hand, leads to the exact opposite with a less likelihood of all the above. It is an uncomfortable yet important emotion into understanding that our slip-ups are human and failure helps us grow.

Men experience shame much differently than women. After working with hundreds of guys, I agree with Brene that the root of most male shame is:

Don’t be weak. If you are weak in any way, you have failed.

In dealing with men trying to connect with women, shame reveals itself in various ways. Here are some situations that make guys feel inferior and their resulting negative thoughts:

The truth is that these situations do not reflect your value as a person. Everyone has experienced them in some way or another. Your worth should only be dictated by how you perceive yourself. The subsequent false beliefs are just manifestations of shame.

Dealing with shame in unhealthy ways

As a reference, let’s use the idea of approaching a girl only to have her turn you down. This could be her saying she has a boyfriend, expressing that she’s not interested, or turning her back to talk to her friends. This can be painful and deters men from meeting more women.

Once men feel ashamed of themselves, they usually take one of two routes:

These paths have one thing in common: you’re not being vulnerable. You are protecting yourself and your ego. Therefore, you are preventing yourself from growth. It’s a vicious cycle that reinforces shame and shreds your self-esteem.

But there is a better way…

Dealing with shame in healthy ways

The right way to manage shame is by being vulnerable in the moment. It‘s opening your mind and your heart to face this terrifying emotion. Follow these four steps to conquer shame:

Repetition builds habit. Every time you feel ashamed, you have to be conscious of how you react to that emotion.

Are you going to get down on yourself, others, and take it personally? Are you going to let shame hold you back from getting what you want? Or are you going to face it with vulnerability, understanding, and view it as a learning experience? Only the latter leads to confidence.

If you valued these insights, I highly recommend you check out Brene Brown’s book Daring Greatly.

Want to see more books that have helped me? Check out my resources page.