What My Dating “Failures” Taught Me 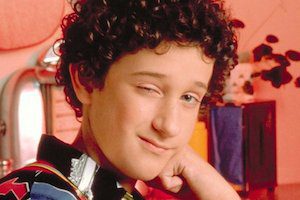 For all the successful dating advice and stories I’ve shared…what about when things didn’t go so well?

I could lie and tell you that I’ve hit it off with every girl I’ve ever talked to. I could protect my ego and deny any existence of flaws. I could make excuses for romantic situations that went wrong.

But that would mean I accepted failure as something to be ashamed of.

There’s a reason why I put “failures” in quotation marks in the headline. It’s because I’m proud of my failures.

They were learning experiences. Stepping stones to success. The building blocks that set the foundation for the man I am today.  And I’m here to share the subsequent lessons with all of you.

I drove for miles down a wooded, winding road. I finally came to a large house in a clearing when my GPS announced that I’d arrived at my destination.

My heart raced. I’d met Hannah during a night out in Boston. Now, this gorgeous girl had invited me to her parent’s house.

I rang the doorbell and was greeted by her mother.

“Hi Nick! Hannah’s told me so much about you! Please come in.” I was not expecting that kind of response.

Her mother led me to Hannah’s room. Hannah opened the door and was ecstatic to see me. As she was leaving, her mother said,

“Nick, if there’s anything you need, please tell me. I want you to feel as comfortable as possible. You can close the door and have all the privacy you need. I won’t bother you. Hannah’s a wonderful girl – I hope you see that.”

This was getting strange. Hospitality is one thing, but giving a stranger permission to have “privacy” with her young daughter? Close family, I guess.

Hannah and I listened to music while lying on the bed. Things started to heat up, we made out, and I reached to take off her shirt.

She stopped me. “Do you find me attractive?”

I was speechless for a moment.

This girl was absolutely stunning. She had blue eyes and a model’s face. She had sculpted abs and a marathon runner’s legs. She was toned and irresistible.

“Of course I do…you’re really hot.”

“Do you think I have a good body?”

“I think you have a perfect body.”

“So there’s nothing wrong with it?”

She didn’t believe that I genuinely found her attractive.  I never thought such an attractive girl could be so insecure about her looks.

This back-and-forth battle continued even after we were both undressed. But by then I was so far out of the moment, I couldn’t get it up.

“See, you don’t find me attractive. I knew it. You’re not even turned on.”

I tried to tell her that I was very attracted, but my body just wasn’t responding. I took a deep breath and focused on her pleasure.

“Don’t freak out, but I think you just started your cycle.”

Of course, she freaked out. She grabbed a towel and told me,

“Now you’re definitely turned off. You must think I’m so gross.”

I eventually calmed her down and kept reinforcing that I still desired her. We tried to get back into it. At that point though, I was done for the night and suggested we just relax.

“I ruined everything. Why else would you not be turned on?” she asked.

I wanted to protect her feelings, so I lied. “I’m embarrassed to admit it, but sometimes I have problems performing.”

She understood my “problem”. She reassured me that everything was okay. We talked for a while and parted amicably. I decided to not follow up with Hannah again.

When I was younger, I placed so much value only on physical looks. If a girl was attractive, I wanted her regardless of anything else. She must be a high-caliber woman if she’s hot, right?

This experience helped me see how important the whole package is, even for a casual fling. To take beautiful women off the pedestal and evaluate them for who they really are.

In the moment, I tried so hard to win her over when I should’ve just been honest. I should’ve said, “I really am physically attracted to you but the way you view yourself is making this difficult.”

Would it have cooled things off earlier? Probably. But I don’t want have sex with a girl who’s shaming herself – especially on our first intimate encounter. And maybe it would’ve helped her for future partners.

Lastly, if a girl’s mother is convincing you to sleep with her daughter right away…consider that a red flag.

We ended up at Christine’s place on our second date. I met her female roommates and we all hung out on the couch. They complained about problems with their internet and I offered to check it out. I figured, “If I do this, it’ll impress her.”

I fixed the issue and became the hero of the night. Christine invited me to her room.

She was a literary nerd and I loved it. She had an artistic style and wore her hair short. She was quick-witted with a gentle demeanor. You could tell she had a huge heart.

As we lounged on her bed, I thought about how much I liked her. I’d dated around at that point, and she was different than the other women I’d met.

We kissed but she told me she didn’t want to go any further that night. I felt rejected and took it personally.

I wanted to feel her close to me. It wasn’t about lust, but a genuine desire to connect with her on an intimate level. That didn’t necessarily mean sex, I just wanted to keep kissing and touching her.

So I didn’t give up. I kept trying to kiss her. I gave her reasons why we should continue. She politely declined, but as I pressed on I could tell she felt disrespected. 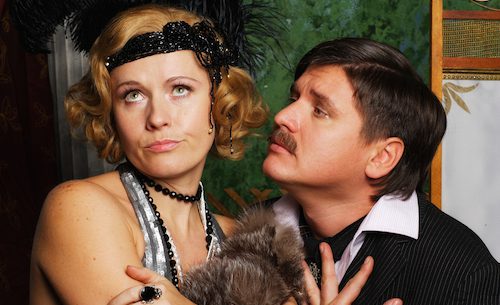 This was me sans mustache.

I became more hurt and frustrated. I pouted and pleaded. Then I just became closed off and distant.

It was getting late and I knew she was upset, too. I hugged her and left for the night. I felt so angry as I walked to my car.

“I was so nice. I listened to her. I even fixed her damn router! And that’s how she treats me? I’m done.”

After about 30 seconds of driving, all my anger turned to shame.

“What’s wrong with me? I’m mad because some girl wasn’t ready to hook up with me? She didn’t owe me anything.”

That was definitely a low point. I’d ruined a beautiful connection for no reason. If I’d respected her wishes and just been patient, I’m sure we could have been something more.

I texted her a couple of times and she still responded. But I never pushed things forward and never got to apologize. I regret my behavior and I’m glad she didn’t see me again. She deserved better and I wasn’t the right guy for her at the time.

Showing a woman you desire her is not a problem. It’s good to be honest and upfront with what you want. Especially if she’s attracted to you, she’ll eventually want to be intimate as well.

It only becomes a problem when she tells you no or she’s not ready, and you ignore her wishes.  It’s when you expect her to have sex with you rather than letting her come to that decision on her own.

Furthermore, do nice things for people out of the kindness of your heart. No strings attached. And not in hope that it’ll get you laid. Having ulterior motives is dishonest and manipulative.

The Best Man for the Job 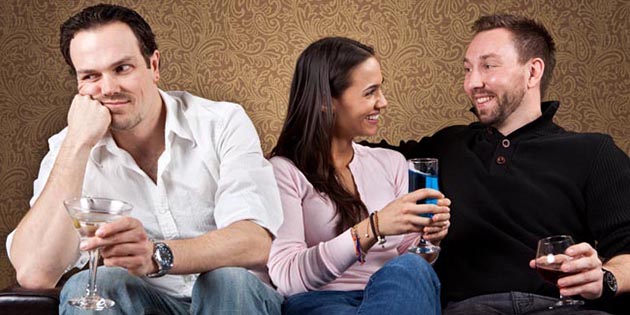 Lisa and I met at a bar on Friday, went back to her place that night, and hung out all day Saturday in the city.

She had her own gorgeous home at 29 years old. She worked hard. She’d graduated from MIT, then Princeton, and busted her ass to be a strong, independent woman.

During our 36 hours together, we talked about everything. With a background in psychology, she wasn’t afraid to divulge who she was and what she wanted.

She told me a few times, “You’re so young.” and “I’m looking for someone to share this life with.” She wasn’t trying to convince me to settle down with her. In fact, she was warning me. She knew at 21 I wasn’t looking for the same thing and I would not be a long-term partner for her.

I kept brushing it off. I would playfully tell her, “I’m wise beyond my years.” Or “Don’t worry about that right now.”

We went out for dinner and drinks Saturday night. We were having a great time together. Then a tall, well-dressed man about 30 years old sat at the bar near us.

He talked to us for a bit. He had a good sense of humor and seemed genuine. Lisa kept laughing at his jokes and couldn’t stop smiling. I wasn’t oblivious — I could tell she was attracted to him.

By the end of dinner, Lisa said, “Let’s go back to my place. By the way, that guy’s really cool. Do you think I could get his number before we leave?”

Talk about feeling emasculated. I felt like a chump. Do you know how hard it is to keep your composure in that situation?

I snapped at her, “Well if you want his number, you can go home with him.”

She could tell I was hurt. She tried to soften the blow, “Never mind, let’s just go.”

But it was too late. I said, “Do you like him? Are you attracted to him?”

Ouch. Having a woman look you in the eyes and tell you she desires another man is brutal.

I got up and said, “Okay then, I’m leaving.” She said nothing as I stormed out.

I stepped outside, about to cry. I starting walking when it hit me: I’d left my damn card at the bar.

So there I went, walking back into the evidence of my failure. I saw the two of them sitting next to each other at the bar, laughing. It looked as if I’d never even existed.

I had to stand next to them and wait for two minutes to close my tab. Those two minutes tested everything I had. I managed to not look at them and left feeling crushed.

For a while, I despised Lisa. I thought she was a horrible person.

Was it shady that she wanted to get another guy’s number on a date with me? Sure. But I eventually realized it wasn’t that simple.

She told me repeatedly that she wasn’t looking for a fling. She wanted a real relationship. She wanted to start a family. She liked me but knew I wasn’t that guy. So when she saw another opportunity, she didn’t want to miss out on it.

Looking back, I should’ve handled things a lot differently. I would’ve accepted what our connection was — a temporary, fun, fling. I would’ve let her get his number and had a final, passionate night with her.

Instead, I chose to ignore Lisa’s desire for a serious relationship out of insecurity. I was terrified of losing a woman even if it wasn’t meant to be. It would mean I was the not-good-enough loser.

I learned that just because you like someone, it doesn’t mean you should be with them. And you’re not less of a person if they end up with someone else. Attraction is one thing, compatibility is another.

Chasing or holding onto the wrong people out of fear or pride is a desperate, losing strategy.

Embrace your failures. I’d love to hear one your stories and the lessons you’ve learned. Share them below.