6 Reasons Why Women Always See You As Just a Friend If women always tell you, “You’re a great guy but I don’t feel that spark…”

It’s because they don’t feel a sexual connection with you. And that’s most likely because you haven’t taken the right actions to facilitate that attraction.

You may be sweet and have engaging conversations. You make women laugh. You wait patiently until a girl’s comfortable with you.

That all builds rapport, trust, and comfort within a connection. But that’s rarely enough to have women desire intimacy with you.

I know this as true even without hearing your story. Easily 9 out of 10 times I’ll be right. People try to argue it’s not that cut and dry…but it is.

Some men stay in denial. They keep trying to “friend” their way into romance and never flirt, often due to the advice of their female friends.

Some women say I’m generalizing. They think that I’m ignoring individuality and preferences. They may even take it as a sexist remark.

I fully recognize and respect your uniqueness. I want other men to appreciate that, too.

But I also recognize patterns. So while maybe all you need is a kind guy who listens well for you to like him — you are in the minority.

For thousands of years women have been attracted to guys with certain qualities. They don’t respond to men who lack them. I’ve seen it thousands of times in the last 10 years.

These qualities tend to be: assertiveness, grit, sexuality, and confidence.

The majority of women select men based on these qualities. It’s hardwired into biology.

Attraction is an emotional response. Women have to FEEL the qualities that turn them on to a man.

If a guy has massive amounts of PASSIVE attractiveness like physical looks, wealth, power, or social status — that can showcase those desirable qualities in itself. Most men, though, need to demonstrate ACTIVE attractiveness to jumpstart their connections.

In the animal kingdom, almost every species has a courtship ritual in which males show their best selves to the females.

“Usually, the male starts the courtship, and the female chooses to either mate or reject the male based on his ‘performance’… Animal courtship may involve complicated dances or touch, vocalizations, or displays of beauty or fighting prowess.”

For men who struggle with romance, your first instinct shouldn’t be to tell them to keep doing what they’re doing. Why would you lead with advice that works for the minority? It’s statistically the least helpful fix and just bad advice.

You should teach what works for most situations and then adjust if they’re dealing with special circumstances.  That’s how we educate people in every other aspect of life.

So guys, if you always end up as a friend when you really want more, it’s probably because…

You pretend you want friendship and don’t show sexual interest 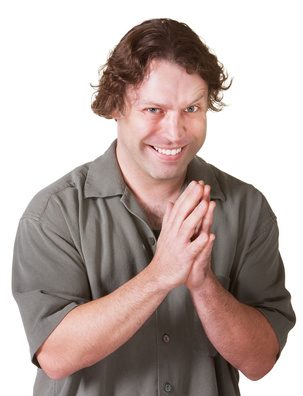 As I said above, it’s extremely rare to “friend” your way into romance. And despite that, men STILL try to start connections by being platonic and avoid flirting. They then expect girls to eventually realize how awesome they are.

Here’s how it usually starts…

You’re always there for her. You’re emotionally supportive and listen to her vent for hours. You’re the first to offer help when she needs it, especially when dealing with other “asshole” guys. You may even give her gifts and pay for special outings.

And throughout all this, you’re waiting for her to finally recognize your romantic potential. And you wait. And wait some more. You wait until you can’t take it anymore and/or she starts seeing someone else.

When you try to make a move and profess your feelings, she doesn’t return that interest.

So what went wrong?

She may have had an interest in you initially but you never encouraged those feeling to grow. You never flirted with her to make her feel desirable or aroused. You never touched her so she felt close to you on a physical level. You never had any sexy banter or intimate discussion to get her thinking about sex.

In fact, you were so scared of embracing your own sexuality around her that she never felt any sexual feelings around YOU.

And when you make your delayed move, she realizes that you’ve been interested in her this whole time but were too scared. She knows you’ve been dishonest — women can tell when a guy secretly likes them but doesn’t do anything about it.

All of this combined proves to her that you’re not what she’s looking for in a romantic partner.

You’re always looking for signals or asking for permission 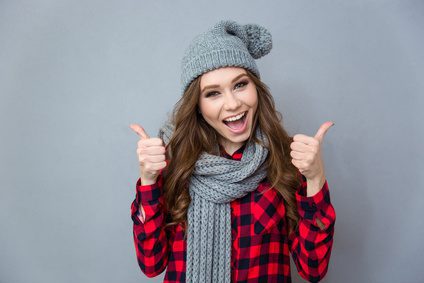 The majority of women don’t want to be the first one to make a move on a guy.

That’s why women rarely message you first in online dating. That’s why you haven’t seen many women introduce themselves to a male stranger. And that’s why it’s so uncommon for a woman to be the first to initiate a kiss on a date.

They would rather wait for a strong man to take that initiative (usually while they provide really subtle hints to encourage him.) The only time this starts to change is with age — women over 35-40 tend to get more forward.

But if you’re always searching for some sign that a girl might be interested in you, you’ll miss out on countless opportunities. They’ll be secretly interested waiting for you to do something and when you don’t, they’ll move on.

Once you feel a connection, you have to lead with your interest. Then see how she’s responding and just your approach from there.

You wait too long to make a move

Guys who always end up as “just a friend” don’t realize how small their windows of opportunity are.

They spend months chatting a girl up at school or work before inviting her to do something together. They message for weeks in online dating thinking it’ll make her feel more comfortable to meet up. They don’t go for a kiss for the first few dates and often don’t get that chance ever again.

Most women know if they’re attracted (or potentially attracted) to someone much quicker than that. I’m talking about the first few times interacting with a guy.

Once she decides she’s into you, you have limited time before that fizzles.

Because waiting frustrates her, makes her feels like you’re not interested, and gives her the opportunity to find someone else. Attractive women have lots of interested men.

It also shows her you don’t have the qualities she thought you did. A confident man has the courage to take the next step. And when you don’t, that’s a big turnoff in itself.

There are exceptions, of course, like when a woman’s personal or religious values prevent her from moving too quickly. But you’ll find that out by moving forward and letting her communicate her boundaries.

Making a move can be intimidating and I don’t want you to feel like you have to do this alone. If you’d like a personalized approach to magnetically attract women and build more meaningful relationships, let’s have a free, 100% confidential consultation call (up to 30 minutes) to discuss how we can work together.  Schedule your free strategy session here. 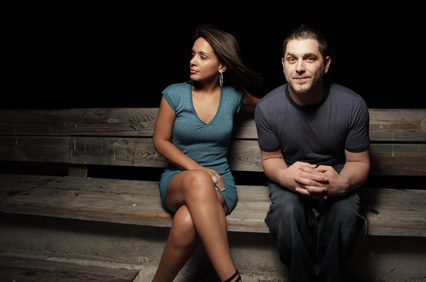 A man who leads conveys a lot to a woman.

It tells her that he knows who he is, knows what he wants, and feels it’s healthy to go after those things. It reassures her that he can make the right, smart choices when necessary.

The obvious example of this is suggesting plans and seeing if she’s down for them. A girl doesn’t want you always asking what she wants to do. It puts a lot of pressure on her to figure out the logistics with a new guy.

Leading can also mean you aren’t afraid to move into conversation topics you’re passionate about. Or that you ask her more personal and intimate questions. Or that you’re willing to invite her back to your place.

These all demonstrate a huge amount of self-confidence. It’s deeply attractive and builds her trust in you to follow your lead.

If you’re always looking for her to lead, she won’t feel like she can count on you when she needs it most.

You back down from the slightest challenges

Many women don’t want to seem too available or sexual early in a connection. There are many reasons for that like shame and societal pressure which I won’t delve into here.

Therefore, don’t expect women who are interested to make it easy for you.

Sometimes you’ll be having a great time with a girl. Suddenly, you try to lead and she hesitates or pushes back verbally.

Now, at face value, things can seem pretty clear cut. She’s rebuffing you, right? So most guys just back down, get nervous, and even apologize. Then they’re surprised when things don’t go anywhere and the girl loses interest.

But there’s a good chance she’s just testing you. She challenging you to see if you’re really as confident as you put on and whether or not you’re willing to work for her. Or, she’s just nervous and battling her own anxiety in the moment.

Regardless, the guys who can playfully reassure her through those moments, make her laugh, and continue leading without shame build more attraction. They show their inner strength and reinforce that she’s making the right choice.

For the times when the girl genuinely wasn’t ready or feeling comfortable, she sets her boundaries and then you can respect them.

You’re not bold or polarizing 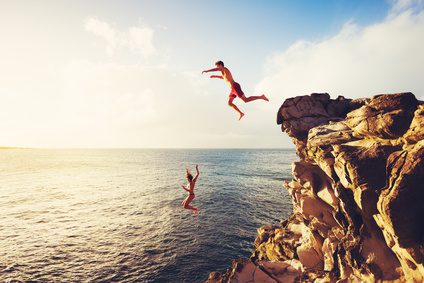 Always playing it safe is a great way to make women feel comfortable around you. It doesn’t necessarily get them aroused, though.

I’m not saying you need to actually become dangerous or risk going to jail. But you need to show women that you’re willing to be bold or different. You need to stir up strong emotions within her.

Going on a spontaneous adventure during a date. Asking personal questions. Expressing a controversial opinion. Looking deep into her eyes and holding it while she’s talking. Disagreeing with her in a direct yet constructive manner. Going for a kiss in the middle of a date rather than the end.

Taking risks in life is an essential component of growth and success. Being a guy who’s willing to stretch himself and his comfort zone takes courage. Women find that irresistible.

It also shows you’re willing to present your authentic self — quirks and all. That you value yourself, what you stand for, and what you want. And that you would risk staying true to that even it meant losing the wrong person to find the right one who appreciates you.

That’s a mark of confidence and having standards that women want to work for.

Maybe you read all this and it just further frustrates you. Maybe you’re thinking…

“Why should I have to do all these things just to attract a woman?”

You don’t have to. You can take your chances doing your same routine and find a girl who’s patient and forward enough to make a relationship happen.

What you fail to miss is that these qualities aren’t just some short-term method to get laid.

They are values that any person should strive to develop within themselves. They are the values we admire in romantic relationships, friendships, and even business connections. Healthy, lasting relationships often depend on them.

The key is to accept you want this for yourself. You have to want to tap into the strongest, most confident version of YOU.

And it’s just a nice bonus that women will start wanting more than just friendship from you.