The #1 Reason You’re Not Having Sex 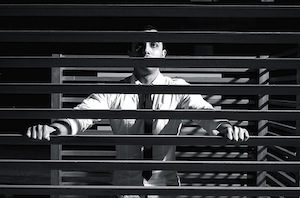 You are the one sabotaging your own success. And it’s because you’ve been conditioned to believe in arbitrary limits of what’s possible.

“There was never a good opportunity.”

“She wouldn’t have gone for it.”

“It wasn’t the right moment.”

“I would have gotten rejected anyway.”

How many of those excuses have prevented you from introducing yourself to a woman? How about asking for a number? Or being physical on a date? Or going for a first kiss? Or having sex?

You have no actual proof of these limitations. It’s your fear getting the best of you. You’re afraid to take a risk and put yourself out there.

When you give into these false restrictions, you don’t see any results. You then accept them as true even though they’re not.

Here are three stories of what can happen in the most unlikely, unreasonable, and unrealistic of situations. I don’t usually share my sexual past but I felt it would be the strongest way for you guys to see all the opportunities that are out there — you just have to create them.

It was a horrible night out. Every girl I spoke to gave me the cold shoulder. I faced a lot of rejection.

Last call passed and I headed towards the exit, defeated. I saw a girl grabbing her coat with friends to leave the bar.

“She’s leaving for the night. She’s going home with friends. If she’s not with someone, she probably doesn’t want to be talked to. Trying now would be pointless, especially since it’s not my night.”

But something caught my eye — her leather jacket, tall boots, and black skirt.

Before I had a chance to say no, my legs moved towards her and I said, “Wow, you have such a badass style.”

She laughed and said thank you. I introduced myself and walked with her arm-in-arm outside. There her and her friends said that they were going home. I asked for her number and she said,

“I would but I barely know you.”

I could sense the hesitation. Everything in my body said “See, it’s not a good night, Nick.” But I pushed forward.

“Have a drink with me then. Your friends should come, too. I know a place that’s open for another half hour a few doors down.”

She consulted with her friends and they were down to party. We sat down at the next bar, had a drink together, and left the venue.

“I have to go. My friends are sleeping over,” she said.

I should have just gotten her number and hoped to see her again.

“But then we’d have to stop talking and that’s no fun.”

“I can’t just go to this random girl’s house at 2AM with her friends there. She’d never say yes to that…right?”

“Hang out with me outside your place for a little. When you’re too tired, I’ll leave.” I said.

“This is crazy but…fine. Here’s my address but I can’t promise I’ll stay for long.”

I took a cab to her house. I had no expectations and was certain she’d text me “nevermind” by the time I got there.

I called her. She came outside. We talked, but soon the cold got to us.

“Okay, but only for a few minutes. We have to be quiet, everyone else is sleeping.”

We sat in her kitchen and chatted for a while. There was a small hallway on my left and her friends slept in the living room to my right.

Our legs touch one another’s. I passionately kissed her. My hands ran over her most intimate parts. She ran her hands over mine.

“We can’t do this here. My friends will see or hear us.”

I should have accepted there was no way it was going to happen there.

I looked around for where to go. I took her hand and led her to a nook in the side hallway. I placed her body against the wall and looked deep into her eyes.

“How about here then?” I said.

She paused. I could see her thinking about the predicament. I knew she was about to say she couldn’t.

She put her hands on my chest. “Right here’s good.”

I was dizzy and weak. As I sat in front of the hospital check-in girl, I could barely focus. I had been having severe blood sugar issues for a month and was sent to the hospital for three days of testing.

With a beautiful smile, she asked the usual patient questions. I noticed her ring with two snakes.

“You know, many people believe the two serpents represent good and evil. Do you read any mythology?”

She was taken by surprise. She expressed her love for folklore and spirits but was soon back to the questionnaire.

Throughout the conversation, I asked her simple questions such as where’d she graduate from and what she’d like to pursue. She seemed to enjoy the small talk but always went back to her professional duties.

By the end, she attached my wristband and pointed me to the lady who would bring me upstairs. I stared at her wanting to say something, anything, but chickened out.

I looked at the phone next to my hospital bed. I wanted to call downstairs and talk to her. Maybe ask her if she wanted to grab a bite sometime. My brain screamed at me…

“What are you nuts? She works here and was just being polite. You’re sick and look like crap. Even if there was a chance, let it go! The opportunity has passed. It’d be weird to call now. You don’t even know her name.”

It’s true, I didn’t know her name. But I wanted to find out. Before I could come up with more excuses, I hit the front desk button with my hands shaking.

A different woman picked up. I thought, “Oh god it’s not her, hang up now!”

“Umm, could I talk to the check-in girl?”

“Just one second.” she said. She covered the phone and I overheard them. She told the other girl that I was calling, I heard “I can’t! I can’t!”, followed by the woman on the phone saying “Just talk to him!”

“You know my name and everything else about me. It’s only fair that I get yours.”

“Well Megan, you should come see me sometime. I’m here for the next 3 days with no company.”

“I can’t. I’m not allowed to visit patients during work hours.”

“Come see me after you get off. There’s nothing against friends visiting friends, is there?”

“Great, then I’ll see you tonight?”

She did come to see me that night…and for the next two. We talked until the late hours about philosophy, psychedelics, and religion. I eventually made a bold move and kissed her. She kissed back.

Things escalated quickly. I couldn’t believe what was happening. All I remember was saying, “I want to touch you all over.”

And then she said, “Hold on, let me lock the door.”

Years ago,  I ran a popular gaming blog and played a lot of Counter-Strike. I was playing a few rounds with a friend when I kept hearing all these guys talking to a girl. They asked about her new gigs, requested recent pictures of her “shoot”, and acted as most young male gamers do when there’s a girl online.

I asked my friend what they were talking about. He let me know she was currently a professional model and had been for many years. She got into Counter-Strike through an ex-boyfriend.

At the time, gaming was still seen as a nerdy, male-only activity. But that stigma was beginning to change. I thought it would be the perfect opportunity to showcase a young, attractive, professional woman who played a traditionally masculine game where the objective was to kill other players.

Since my friend knew her, I figured he could ask her about doing an interview. He showed her my site and she agreed to chat.

As the interview wrapped up, I asked her what she liked to do in her spare time. She opened up about her passion for reading dark fiction (like Stephen King) and we had damn good conversation for the next hour.

I told her I had an amazing time chatting. She said she did, too. I wanted to keep talking to her but I knew it was pointless.

“She’s a gorgeous model who’s 5 years older than you. You’re an inexperienced gaming blogger. What the hell would she want with you? Just sign off and go to bed.”

“I’m actually not that tired. I just don’t want to sit on the computer anymore. I want to talk to you, how about we move this to the phone?” I pressed enter. I thought, “There’s no chance she’ll say…”

We talked for a while. There were lots of laughs but the conversation didn’t cross that sexual line.

I lowered the volume of my voice and sensually said, “So…what are you wearing right now?”

“This is cool but it won’t turn into anything besides a phone sex hotline. She lives in Virgina, I’m in Boston. It’s probably just a fun fantasy for her. This wouldn’t be the right time to ask her to hang out. But I’ve already come this far…”

“I’m going to watch some friends play a CS tournament in New York next weekend. You said you’ve never been to one, want to come along?”

“Awesome, we can split a hotel room.”

I was in utter disbelief. Saturday came and she texted me that she was up in the room. I walked up to the door and had no idea what to expect.

“Is it going to be awkward? Is she going to change her mind? What if she’s not attracted to me?”

I walked inside and saw her sleeping face down on the bed. She was stunning — tall, long smooth legs, and in a cute nightie.

I sat on the bed. I ran my hand up her thigh, over her butt, and caressed her back. It was surreal.

“How was she going to respond?”

The moment of truth hit as she turned around.

Her eyes lit up with a beaming smile and in that sexy just-woke-up voice said,

All these stories have one thing in common — the outcomes were improbable. I could have given up. I could have listened to that negative inner critic. But somehow, I mustered up the courage. And it’s helped me realize…

I didn’t do anything complicated or extraordinary. The times in life when I’ve taken a chance against all odds have led to the most incredible experiences.