The Truth About Closure and Letting Someone Go Breakups are messy and brutal.

One day you feel like you’re in paradise. The next it feels like your soul has been ripped from your body.

The ones when you know it’s really over.

In those moments, we’re taken from from pure bliss to absolute misery.

And your natural instinct is to do whatever possible to prevent this trainwreck…and that’s where the idea of getting “closure” comes in.

So the looming question is…

Is “closure” really worth it? 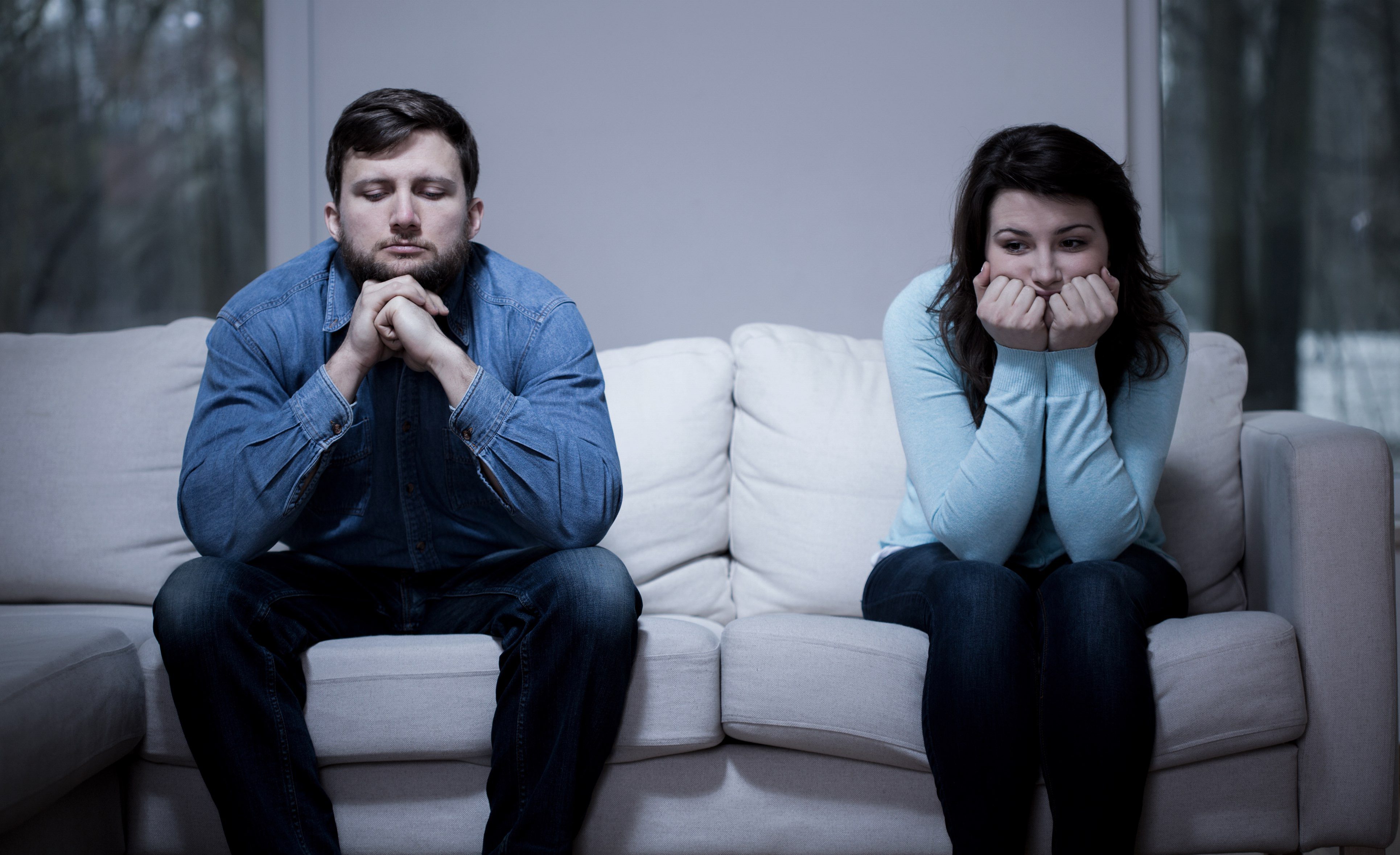 After the breakup, all you want is one more chance to talk to your ex…really talk to them.

You think that if you can somehow reach them, you can fix things. Or, help yourself heal.

I’m sorry to tell you, but…

They broke up with you because they don’t feel the same connection anymore.

Regardless, they’ve accepted you’re not the person they want to be with.

This was not an overnight decision — especially if you’ve been seeing each other for a long time. Unless you did something horrible which directly caused the breakup, they’ve been considering this for a while.

And in my experience, your persistence for “closure” will only make things worse. It’s already too late to change their mind, and one single conversation certainly won’t change the way they feel.

Often, you’re just going to get crushed when you see they aren’t trying to make things work like you are and instead, they’re moving on.

And that’s the ugly side of closure — you’re desperate to make your ex change their mind at any cost. But those attempts come from a misguided, often unhealthy, place and only end up backfiring.

How NOT to get closure

Most people seek “closure” to fill a selfish void. In my opinion, you shouldn’t be seeking this conversation for any of the following reasons:

1. Guilting them back into a relationship. 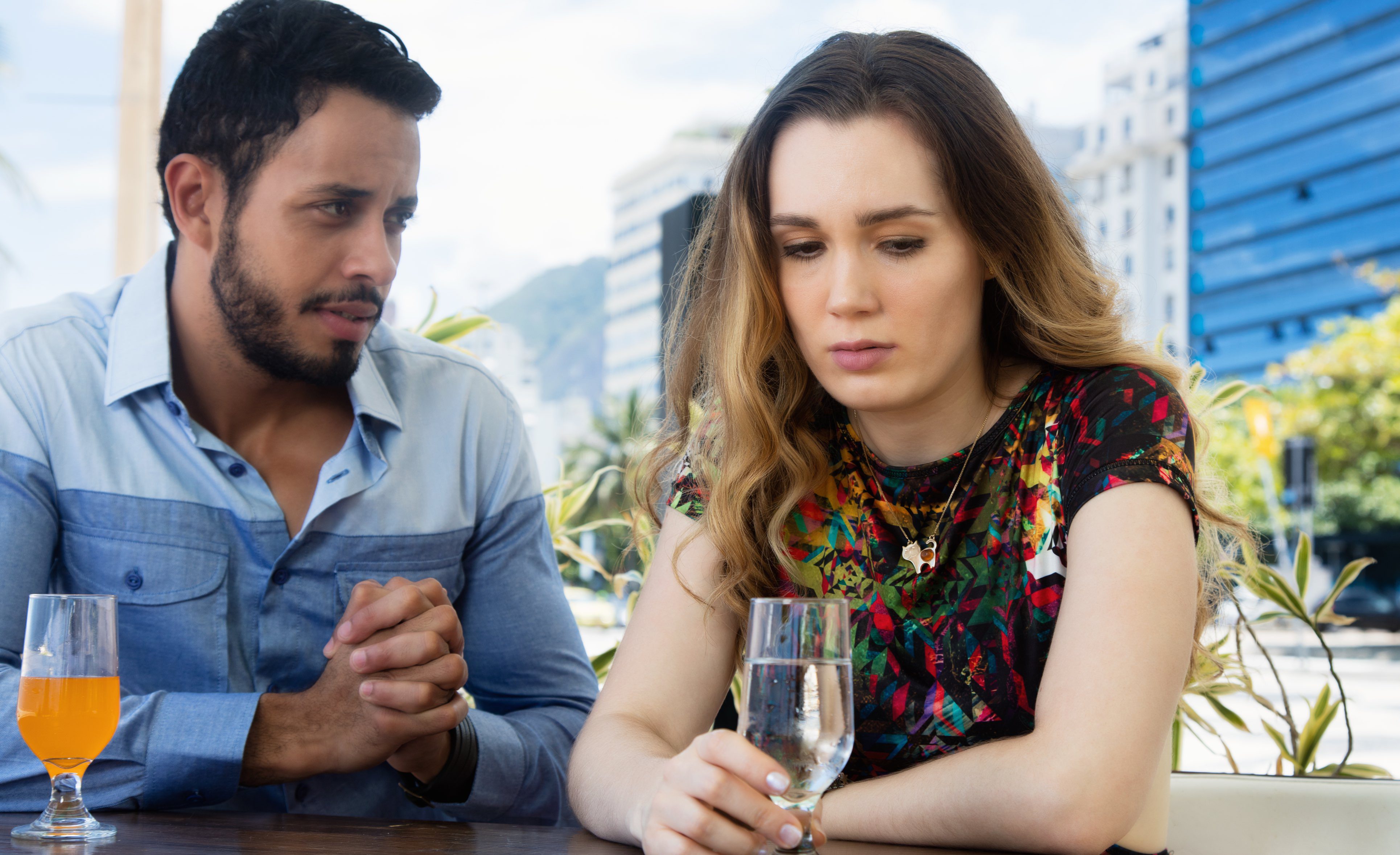 Letting go of someone special is tough. You might love your ex and would do anything to get them back.

So when they break it off and continue to tell you it’s over, you refuse to give up. You make grand promises saying that you’ll change.

What does that say about you, though?

This is someone who openly communicated they don’t want to be with you.

You’d rather guilt them into a relationship instead of finding someone else who’s excited to be with you? Despite how they feel or how unhappy they were, you’re saying you’d rather be with them than alone?

This only shows that you’re desperate and have no self-respect.

They’re not going to suddenly be more attracted to you for groveling or manipulating them.

Rarely, I’ve seen this work but it NEVER lasts. Once that pity or guilt wears off, they’re still left with the same dissatisfaction in the relationship. Then they will end things again and are more likely to resent you for your actions.

You feel hurt and rejected. You’re hurting so much that you want to make them to feel how they made you feel.

And you figure that since things are over, what have you got to lose?

Maybe you think insulting or berating your ex has its merits. Maybe you want them to know everything that’s wrong and unattractive about them. At least YOU will get the last word.

But that’s the bullshit you tell yourself to band-aid fix your ego. You’re subconsciously trying to protect yourself from feeling like a loser.

Your attacks may sting in the moment, but your ex will soon forget about them. You’ll soon see how little time they spend thinking about you, while you’re wasting all your time and energy on them.

So who’s really losing in this scenario?

If you’ve got so many complaints about them, you should have spoken up earlier. You should’ve tried to work through them during the course of the relationship.

If you bottled up your feelings and didn’t have your needs met, that’s a failure on your part.

3. Trying to propose a “friendship”. 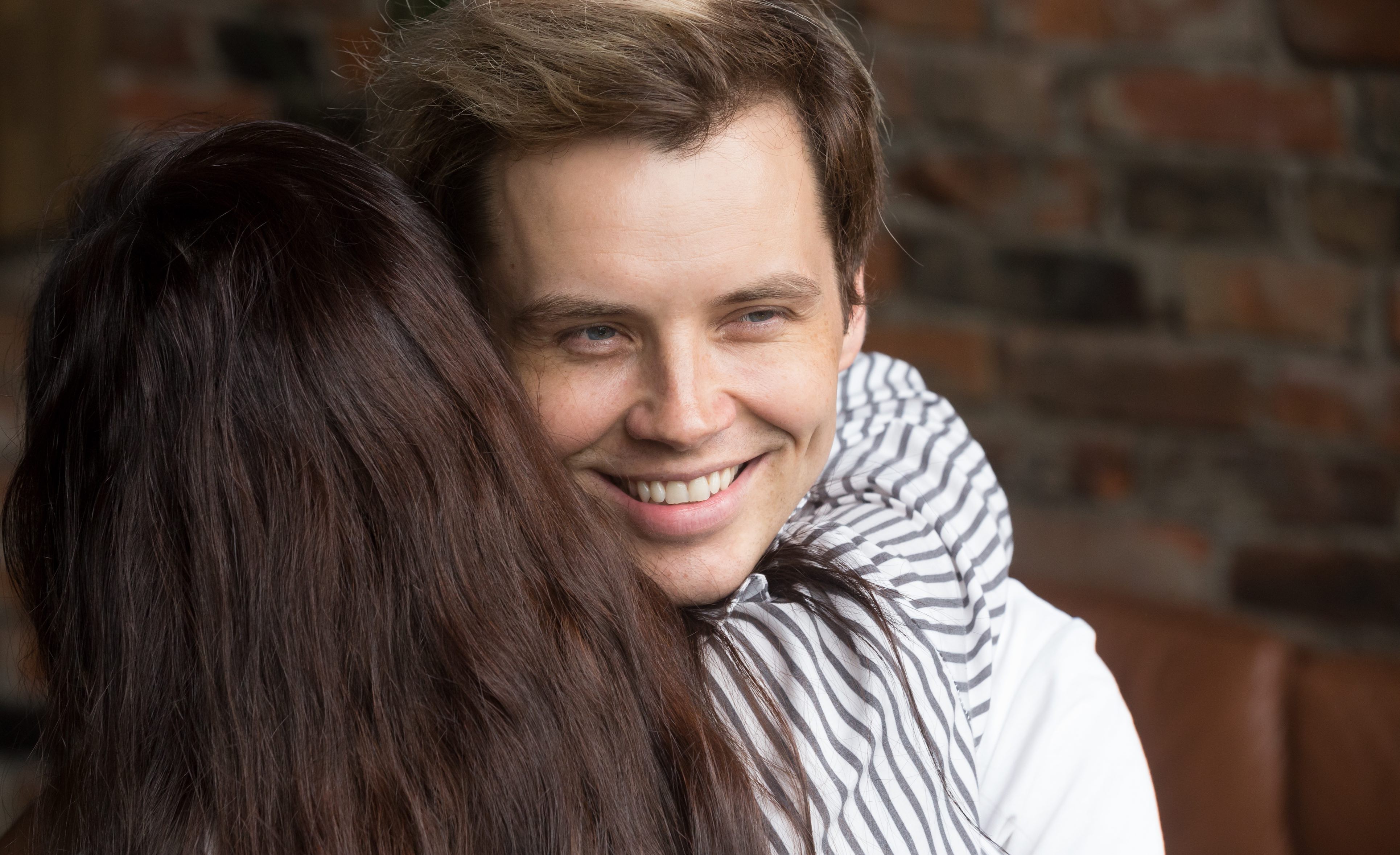 You tell yourself they just need some breathing room. You think if you take the romantic pressure off of them and just hang out, they’ll realize everything they’re missing.

So you convince them to remain friends. Your ex entertains that idea because, again, even though they don’t want an intimate relationship with you, they still care for you as a person.

Ask yourself…do you really want to be just platonic friends?

This person just broke up with you. It’s almost guaranteed that you still have romantic feelings for them.

You’re likely making a thinly veiled attempt to maintain some sort of a connection in hopes they will take you back. That’s dishonest and the exact opposite of being a real friend.

You’re only setting yourself up for failure.

You will get frustrated when your ex only continues to see you as a friend. You will freak the fuck out when they start pursuing or hooking up with other people. You will often take those feelings out on them when they don’t owe you anything.

When your ex sees you aren’t looking for a real friendship, they will pull away from you the moment they get involved with someone else.

Why put yourself through all that pain? Why lie to someone you care about and lead them on with false expectations?

If you genuinely want a friendship with your ex, you shouldn’t be using a closure talk as a means to do so. You should give the both of you time to process. And if there’s a chance at a real friendship, it’ll still be there after a few months.

Seeking these types of closure is a losing battle. They don’t work because they show that you still believe you can convince the other person to want you back. You can’t.

More often than not, you’ll only push them further away. You’ll keep deluding yourself into wasting time for the both of you. You will leave the wounds open and cause a lot of heartache for everyone.

So when should you get closure? 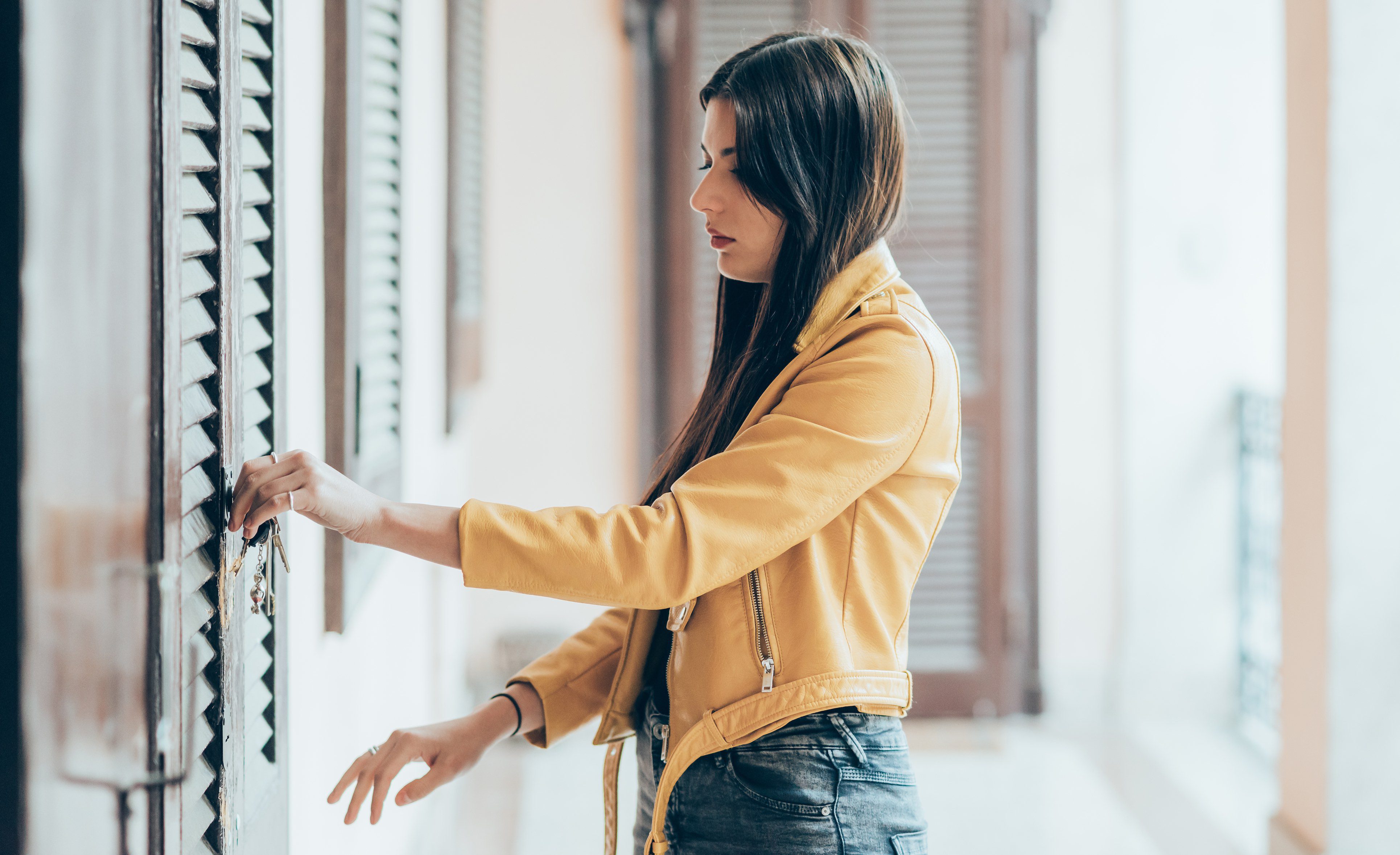 I think there are few instances when pursuing closure IS worth it.

Like I said, closure can’t be about your need to escape loneliness or pain, manipulate your ex, or seek revenge.

Closure has to be about YOUR personal growth and to help both of you move on.

That can only come when you accept the relationship is over.

I see value in getting closure when:

1. You sincerely apologize for your behavior.

Maybe you feel like you really screwed things up. You were emotionally unavailable the past few months. You were controlling and temperamental due to jealous insecurity. You prioritized your work or your friends.

Or maybe you did something truly terrible which led directly to the breakup — like cheating on them.

It can be healthy to apologize and admit your mistakes. It won’t necessarily fix the damage but you can at least restate that you know you carried some blame. Or that you accept your differences and aren’t holding a grudge.

This can make it easier for them to process things, forgive themselves if need be, and move on. Again, though, helping them heal has to be your only motive with this.

The one caveat I’ll add is to reflect and make sure you genuinely have something to apologize for.

Sometimes when someone breaks up with us, we automatically blame ourselves. That isn’t always true. People sometimes leave others out of selfishness and malice.

You could’ve done everything right in the relationship and still could have ended with the same outcome.

2. You want to figure out how you can improve as a person and future partner. 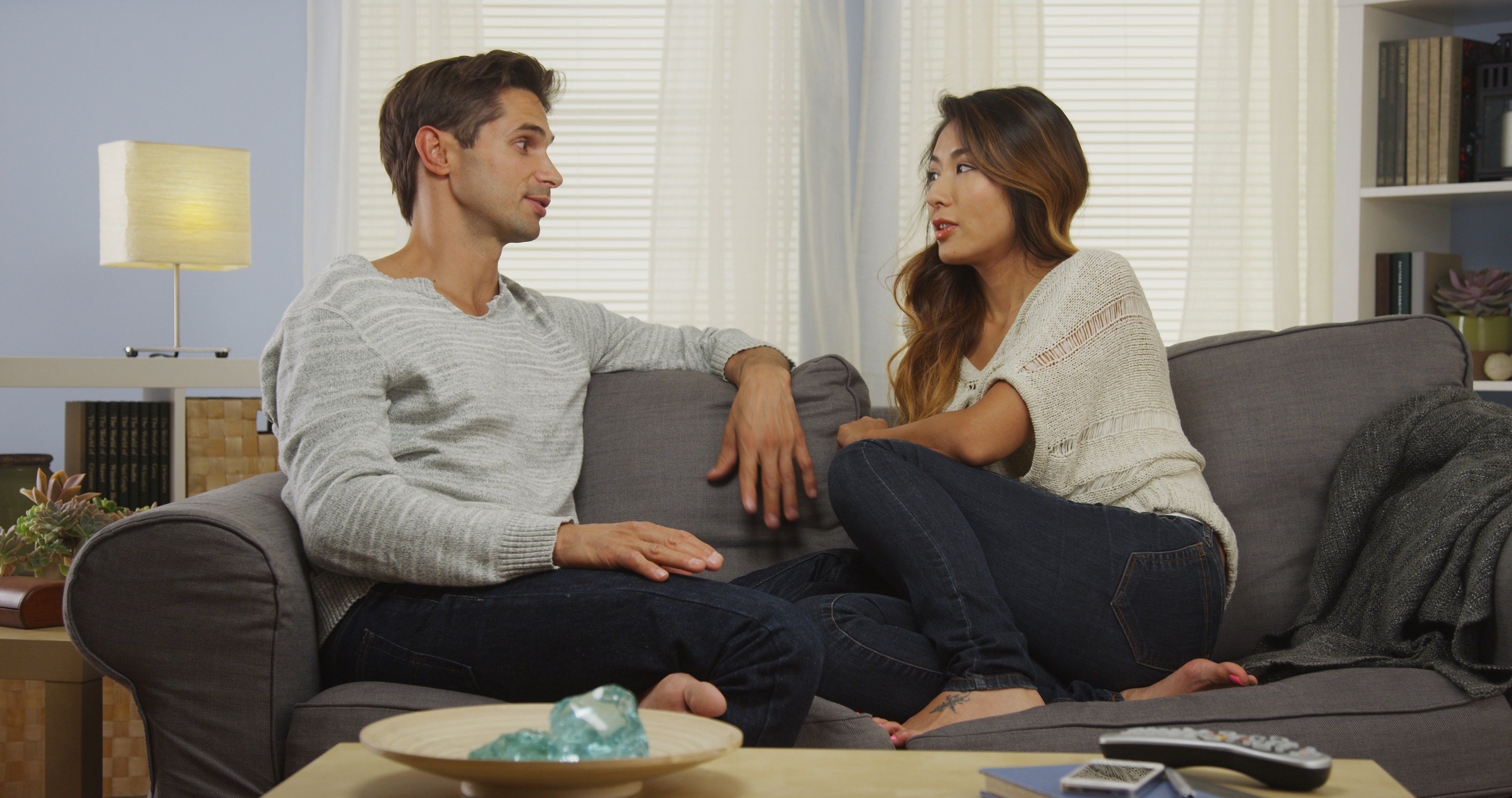 Throughout this process, maybe you’re recognizing that you have room to grow. You want to avoid the same mistakes you made and become a stronger future partner.

It’s not always easy to see your own blind spots, so getting that outside perspective can be crucial to your development.

But, this can only work under specific circumstances.

– You have to go into it willing to be vulnerable and open to criticism. If you can’t handle their feedback and just start getting defensive, it’s pointless.

– Your ex has to be willing to have that discussion with you. I would ask them if they’re open to helping you move forward and grow. Assure them that’s all you want out of this. Accept it gracefully if they’re not interested or ready.

– Your ex should still have respect for you. That ensures they provide real, meaningful advice to support you. You don’t want them to have a hidden agenda to make you feel worse and make themselves feel better.

And even despite all that, you still have to remain open-minded, yet skeptical.

The advice you receive may be coming from a place of pain and therefore a skewed perspective. It’s also only one viewpoint and what they say isn’t absolute. Try to think critically and take to heart what’s really valuable.

These are the discussions you should have post-breakup, if possible. The primary focus should be to help both of you come out better.

Coincidentally, that’s your best shot of you two ever getting back together. Ending on good terms showcases your maturity. You’ll become stronger and continue to build a more fulfilling life for yourself.

Then if your ex recognizes your value in the future or realizes they made a mistake, you can consider giving things a try again.

How we get real, long-term closure

There are few times when I feel having a closure talk is worth it.

Even then, recognize that a single conversation isn’t going to resolve everything. It’s just ONE piece in the healing process.

Giving yourself time to grieve and reflect is closure. Spending time with good people is closure. Taking care of yourself is closure. Looking ahead and being open to new connections is closure.

Unless your ex was abusive, disrespectful, or truly fucked you over — letting them go and working towards being happy for them is closure.

That’s how you move on and move forward.