What Sex Really Means to Women 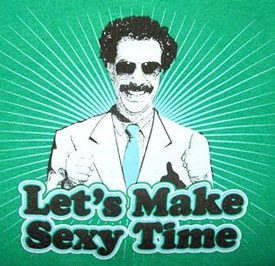 Sex is one of life’s most pleasurable experiences. While it feels amazing to sleep with a new woman, there’s more meaning to it than the physical act. Without that intimacy, she will not be fully invested in you.

Which is why it’s no surprise that girls walk away from guys who have not pushed forward romantically. Yet I receive hundreds of e-mails from men who feel blindsided when a girl does just that:

“I was texting [or talking to] her for a couple weeks and she was responding all the time. Now she stopped messaging me back. What happened?”

“I went on a couple dates with this girl. I thought everything was going well and then suddenly she said she doesn’t see us being more than friends.”

“I’ve been hanging out with this girl for weeks/months/years and nothing’s happened. We talk about everything and now she’s seeing some douchebag, WTF?!?”

As much as you’d like to think those interactions should count for something more – I’m sorry, but she just wasn’t invested in you romantically.

What is romantic investment?

A lot of men confuse time spent together as investment. While it is part of the equation, romantic investment is tied most to vulnerability. Specifically, how vulnerable she allows herself to be with you.

Every time a woman puts herself in a position where she can be hurt by you (both emotionally and physically), she is investing. She is trusting you. She risks letting you see all sides of her, sexual included. She may not consciously think of these things in the moment, but they are there in her biology.

When we share our real selves with others, we forge the deepest connections.

How do I get her to invest in me?

Your endless texts, hour-long calls, and platonic hang-outs don’t mean much. Yes, you may have an awesome friendly connection but those do not entitle or guarantee you to romance.

The same even goes for first kisses, making out, and heavy petting. Just because she goes along for the ride doesn’t mean she’ll be calling you tomorrow. I’ve heard countless stories of guys hooking up with girls that they never hear from again.

But this all changes once you have sex. This is when she starts to truly invest in you. Even more so when you continue to have sex after that. Because…

Sex is when we’re at our most vulnerable, especially for many women. It’s intimidating, potentially dangerous, and forces some of your greatest insecurities to the surface. She is making a huge investment. Guys often don’t consider it because sticking our junk in stuff always sounds fun. But being fully exposed and allowing your body to be penetrated is an enormously different decision.

When a woman has sex with a man, he almost always gains significance to her.

Why is getting her to invest so important?

If you’re interested in a woman, you have to at least attempt to escalate it to sex. That intimate act isn’t only for fun, it creates a powerful and necessary bond between you. You want her to invest in you because otherwise she will invest in someone else.

Build consistent momentum and stop wasting time being stagnant. Text to setup dates, not to make small talk. Treat your dates as DATES and not friendly meetings. Touch her often and go for a kiss on that first date. See her again and invite her back to your place.

Am I saying that you should only care about sex? Not at all. But you should try to be her lover or you’re just going to be her friend. You shouldn’t feel guilty about wanting something that is natural and healthy in a romantic relationship. Unless she’s waiting until marriage (which she’d tell you if you escalated!), she wants sex, too.

Find out if she’s willing to invest in you. A confident man doesn’t invest in someone who won’t reciprocate the same feelings.