The Only Way Women Will Trust You 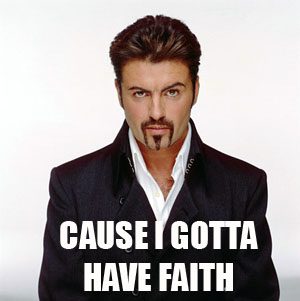 You need to trust that you’ll show her an awesome time. Believe that you’re worth her attention. Respect your values and what’s important to you. Accept that your natural desires are a good thing. Appreciate the real you.

How often do you hesitate when talking to women? Do you get hung up on the “right words” or worry about what to say next? How often are you afraid to say what’s really on your mind? Do you compromise your principles for fear that she might not agree?

Actions speak louder than words, always. When you doubt yourself, your actions become timid and uncertain. That’s the definition of awkwardness — the guy who’s stuck in his head, questioning his every move. When you shape yourself to what you believe other people will like, it’s usually painfully transparent.

A woman can’t build trust with a dishonest man. Nothing will turn her off quicker than a guy pretending to be someone he’s not. And while you may not be “lying” per se, isn’t hiding your emotions and intentions equally as bad?

Would you trust someone who wasn’t confident in themself or their abilities? Do you want the contractor who’s passionate and excited about building your new deck, or the guy who will “try his best” and “hope it turns out well”?

Last Wednesday, I was filming a TV special (announcement soon!). I took a client out and because I wanted to make sure everything went perfectly, I played it safe. For the first time in a long time, I wasn’t my real self and instead of working to my advantage, it backfired.

Thankfully, I made sure he did great and I helped him get the number of the first girl he talked to. I, on the other hand, was not making much of a connection with anyone. Women weren’t opening up to me like they usually do. My nerves had gotten the best of me and I wasn’t being true to my personality.

That Friday, I went out to a bar with another client on a typical night out. No cameras, no pressure to perform, just me being me. The difference in responses from girls was incredible and it reminded me that…

Here are some real-world examples of dating success that only happened because I trusted myself:

Stop worrying if you’re going to sound stupid, or silly, or that she won’t like some characteristic of you. The best way to ensure a woman trusts you is to trust your own instincts. In the end, you want her to be attracted to you and not some version of yourself you’ve created.

Take risks and stay honest — you’ll see how any interaction can be a success.