I watched my wife play at Carnegie Hall in New York City two weeks ago.

I ended up in a box seat with a family of four. I said hello and we talked about how incredible the venue looked. At some point, I asked, “Do you have someone performing here tonight?”

One older woman pointed to the two younger women and said, “Their father Scott Momaday wrote the story and is speaking tonight.”

For those uninitiated, N. Scott Momaday is a Pulitzer prize-winning author (the ultimate award  for writers). He’s also been a professor at multiple Ivy League universities, earned a PhD from Stanford, received 20 other honorary degrees, and was awarded the National Medal of Arts by George W. Bush.

In that moment, I realized I was talking to the family of a man who’s way “out of my league”. He had accomplished everything I strive for as a writer and educator.

I casually replied, “Wow, what an honor.” (implying that he must be fortunate to perform at Carnegie). I then turned to his daughters and said, “You must be so proud.”

At first, they reacted with a bit of shock. I think they expected me to gush like a starstruck fan.

Instead, I had looked inward and spoken from my heart. I felt it would be a huge honor for anyone, even a celebrity, to perform at Carnegie Hall. And even though their father has achieved so much, they still must be touched by this opportunity.

After a pause, one of his daughters lit up and said, “Yeah, we really are!”

We ended up talking for a while about my wife, the new iPhone, and Animojis. We took pictures of one another with the stage in the background. After the show, we discussed our favorite parts and hugged goodbye.

They were dressed in Chanel and other designer brands. I was in a Uniqlo sweater and dress pants. They had no reason to initiate conversation or continue conversation with me. Yet they were excited to chat and we shared a genuine connection, even though it was brief and casual.

I honestly feel like we hit it off so well because I treated them like they were anyone else.

And THAT’S what I want to explain today.

The secret to impressing impressive people 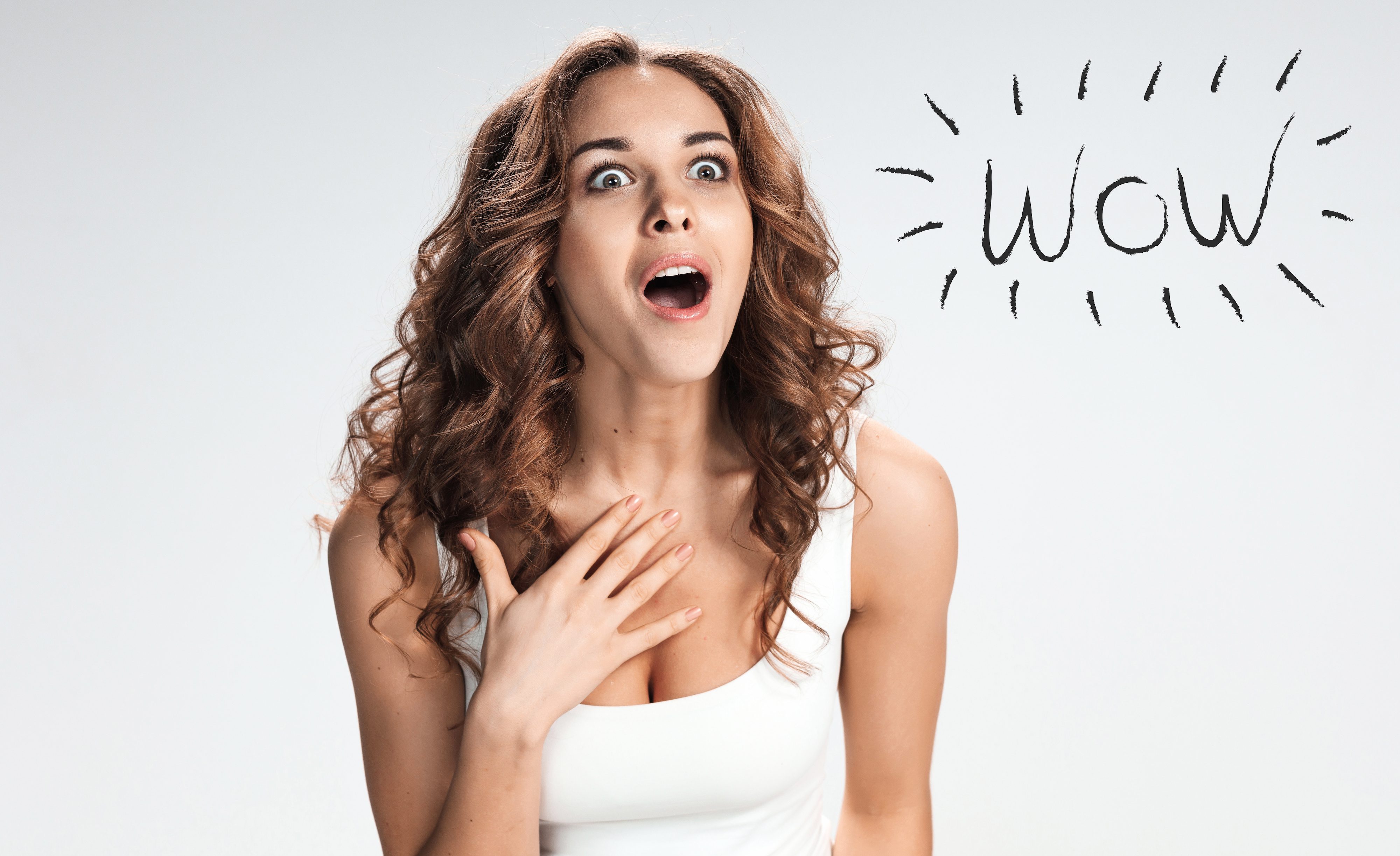 I have a lot of people ask me about approaching or attracting “special people”. These are individuals who are often beautiful, brilliant, rich, or powerful. They may have influence or social clout.

In dating, men usually say this about the women they find extremely attractive. They don’t struggle the same way with women they think are just “cute”…but so-called “10’s” make them desperate and nervous as all hell. They act completely different with them.

There’s this one-of-a-kind gorgeous girl in your classes that you’ve been dying to talk to. Or there’s this really witty, beautiful woman you want to message online.

And you’re determined to discover the “secret strategy” to winning her over.

Because obviously she’s different. She’s not just a normal person, she’s the best of the best. She has more options and more people giving her attention. She knows she’s a hot commodity.

So it makes sense that you have to approach her in a different way, right?

This is why so many men struggle to attract the women and people they truly desire. They believe that there is something fundamentally different between “special people” and everyone else.

And the vast majority of the population agrees!

They idolize certain people and put them on a pedestal. They seek their approval, try to impress them, give endless compliments, feel intimidated by their accomplishments, and in general, are disingenuous.

Connecting with the idea of someone doesn’t work

When you make someone out to be an icon, you strip them of being human. No matter how far up the food chain they stand, they’re still a flawed individual — just like you.

This “special”, high-value person feels the same emotions. They have (and perhaps have overcome) the same insecurities. They’ve dealt with the same hardships.

But when they sense you’ve put them on a pedestal, they can’t authentically connect with you. They feel weird because they know you don’t see them.

Their real self is what’s INSIDE: their character. Their physical looks, wealth, or status are just what the external world sees.

You can’t connect with the idea of someone.

And relationships that start that way are almost destined to fail. No one can live up to the perfect, idealized version you create. It puts massive pressure on them and always leaves you disappointed when they can’t meet those expectations.

I love my readers. While I’m not an A-list celebrity, I know that millions of people read my work every year and I owe much of my success to them. I’m still flattered that 10 years later, people trust me to make important decisions in their lives.

So I always try to respond to everyone who reaches out. Sometimes, I meet my fans or remote clients in-person when we’re in the same area.

But it’s always a strange situation when I meet someone who treats me like a guru or deity. They look at me wide-eyed like I’m on a different plane of existence. They tell me they basically live and die by my advice.

It puts me in an awkward position because I feel like I’m put on display and just there to fill this person’s hopes and dreams. When most of the time, I would rather shoot the shit and get to know one another.

That’s why the handful of real-life friends I’ve made through my site just emailed me as a normal person. They asked me my thoughts on a subject, shared an interesting piece, or had a dialogue about my work.

My influential friends share similar stories about their love lives. Every single time they’ve dated a superfan, it’s ended poorly. That person expected an image they’d created in their head and when they realized it wasn’t real – things fell apart.

How putting someone on a pedestal sabotages you 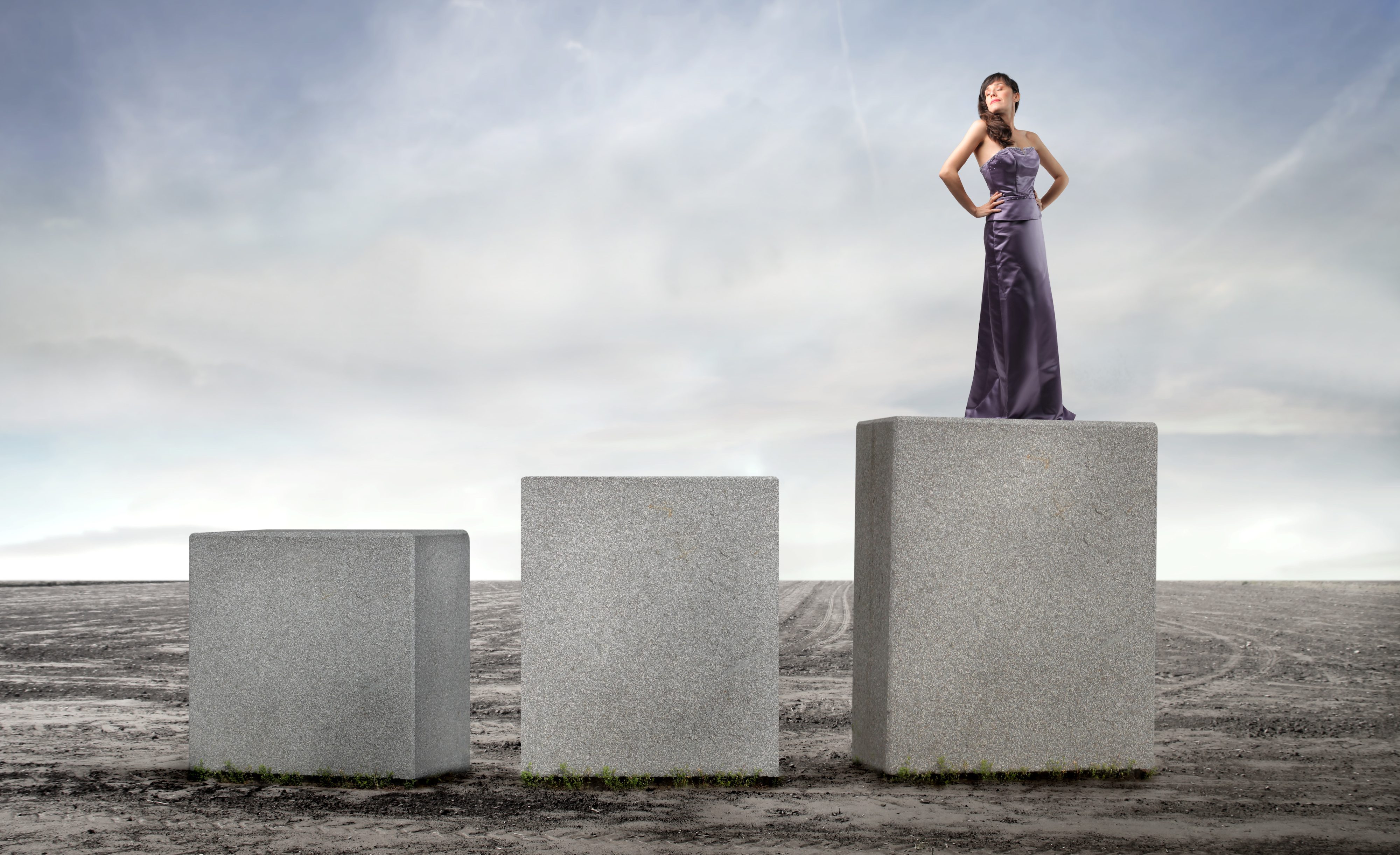 Besides making the other person feel weird, putting them on a pedestal encourages you to display unattractive behaviors.

Because whenever we value something as precious or rare, we do everything in our power to avoid losing that thing. That mindset…

Makes you timid. You try to approach them in the most perfect way possible. So you overanalyze your method and spend an exorbitant amount of time delaying. Maybe you talk yourself out of meeting them in the first place.

When you do connect, you aren’t willing to challenge them. You don’t take the chance of breaking through small talk or asking more personal questions. You don’t show your romantic intentions (flirt) or act more assertively. You don’t make a move in the right window of time.

Makes you perform and pretend. You hold back on the more quirky, playful, or dark humor sides of your personality. You’re in your head trying to think about how you can impress them rather than having a natural dialogue. You consciously plan or think about interesting stories to say instead of relating with actual feeling or insight organically in the moment.

Makes you desperate and needy. Especially in dating — if you believe a woman is some special snowflake, then you’ll obsess over making sure you win her over. You won’t think in abundance and continue to meet other people because no one else can compare.

At some point, that need for approval will trickle into your behaviors. You’ll follow up too much when you don’t hear back from her over text. You’ll constantly try to gauge her interest before making a move. You might have moments when you border on being jealous or controlling.

And the reality is, you’re trying to conquer someone that you don’t even know. That’s maybe the biggest way putting someone on a pedestal sabotages your chances.

When they realize you’re seeking approval from the “idea” of them, they’ll see just how insecure you are. It’s a huge turn-off and doesn’t make them want to connect with you.

Selena Soo brilliantly said, “When you put someone up on a pedestal, they can only look down on you.”

You attract high value people by seeing yourself as equal

If you want to attract the cream of the crop….

You have to look past their desirable status and treat them like they’re in the same league as you.

Because again, their true value is what’s INSIDE, not just outside.

After 10 years of coaching, I can tell you it’s much harder to meet an honest, kind, respectful, communicative, emotionally stable person than it is to meet a hot, rich, powerful one. Attractive women are everywhere.

Here’s the great part, though:

The qualities that make someone truly high-status (such as confidence, ambition, assertiveness, compassion, loyalty, intellect, openness, and sense of humor) can be LEARNED! Therefore, you have the ability to be in their league and attract whoever you want.

The key is to believe that you already have more than enough to offer.

And if you’re not there yet, that’s okay. You’ll get to practice being a man who loves himself in a compassionate (not narcissistic) way when interacting with people.

You respect your values and needs and express them to others without shame. You don’t alter who you are or how you behave just because someone is hot or has money.

You are genuinely curious about seeing who’s within the people you meet to connect with them, and not just what’s in front of you. And you’re willing to leave connections when there is no substance and only style.

You can only be a high-value man if you behave like one.

I know this ACT high-value and BECOME high-value approach seems ridiculous, but I promise it attracts the hottest women and coolest people — better than any other approach.

These people are used to being treated differently. Having someone act genuine and treat them normally is rarer than you think.

Like I said, at their core they’re a regular person. If you can cut through their external image and just relate to them, you can attract them.

Emotional connections trump everything. How someone feels with you transcends all physical, social, and economic gaps between you.