9 Bullshit Excuses You Use to Avoid Meeting Women 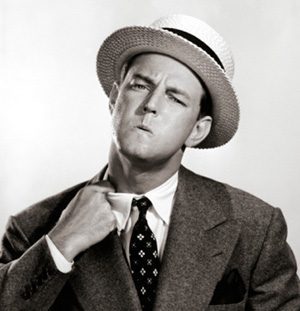 Recently, I got a call from the first friend I ever started going out to meet people with.

We’d both built different lives on different coasts and it had been 2 ½ years since we last spoke. He told me he was flying back to Boston soon to see family and wanted to share some exciting news.

I had no idea of what to expect of him. I knew him as a shaggy-haired drummer with little fashion sense. He’d been scared of talking to women and always had an excuse ready to psych himself out of it.

We’d pushed ourselves for years to become more confident, social men. But I didn’t know whether or not he’d continued to grow since then.

So when he walked into our favorite Thai place, my question was answered. He was in great shape, wore a stylish leather jacket and sunglasses, and greeted me with a confident smile.

We immediately fell back into easy conversation. He told me about his successful career in data analysis and his awesome relationship with his fiancee. He asked me about my business and my life. He was well-spoken, a good listener, and completely humble.

Then he paused and said, “I want to ask you something…will you be my best man at my wedding?”

I was speechless and felt a rush of emotion. I finally responded, “Why you’d choose me?”

“Because I owe everything to you. If it wasn’t for you calling me out on my bullshit excuses, I never would have met my fiancee. More than that, I wouldn’t have been able to hold a healthy relationship with her. And I wouldn’t have become who I am today.”

By letting go of his limiting beliefs, my friend altered the course of his life. Now it’s time for you to stop making these 9 excuses and land the woman of your dreams.

You can always find excuses to talk yourself out of approaching. But they will do nothing for you. They won’t get you the woman you want, the confidence you desire, or the fulfillment you deserve.

Keep it simple. The only thing you need to ask yourself is…

“Do I find this person attractive?” If this answer is yes, then your only choice is to go talk to them.

Besides my friend, I’ve had two other clients invite me to their weddings this year — all because they randomly introduced themselves to a woman. That small decision forever changed their lives and it has the power to change yours.