Why You Get Used By Women 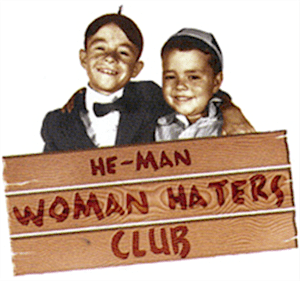 We live in a generation of angry young men. Men who harbor massive resentment towards women and blame them for their romantic shortcomings. But is that even fair?

You claim that women use and lead you on. That your time is disrespected. You always get friend zoned for no reason. You go online and make grand statements such as, “Women only date assholes”. Then you tell yourself, “This is why I don’t even try in the first place.”

I get it. You’re frustrated by a lack of success, and it hurts.

But maybe you should be pointing the finger at yourself. You let it happen. If you continually allow yourself to be disrespected, then you are to blame. It’s your job to prevent that from occurring or stop it when it does.

Let’s get proactive and break down why you feel used by women:

You expect them to sleep with you by just being there

“I was so nice to her. I listened to all her problems. I treated her with respect! And what do I get out of it? Her telling me that I’m an amazing friend while she sleeps with some other guy. What a bitch.”

Are you even listening to yourself? Do you know how manipulative you sound? You’re admitting that you expected her to have sex with you simply because you spent time with her. You were doing all these “friendly” gestures with strings attached.

Think of a girl in your lifetime that you had zero romantic feelings for. Maybe a co-worker or school friend you weren’t attracted to. If she hung around you and then automatically expected you to hook up with her, how would you feel? Would you sleep with her just because she was nice to you? I don’t think so.

Accept that attraction is an emotion which requires more than just standing around. The only time a girl is supposed to sleep with you is when she’s ready. And she’ll never be ready until she sees you in a sexual light. 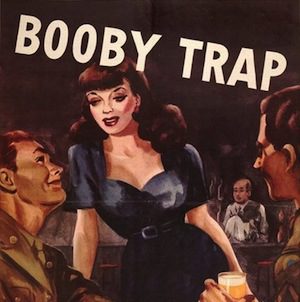 You don’t need to shower a girl with money or gifts to win her over. And if that’s what it takes, then she’s not worth the investment.

I’m not advocating being a cheapskate. If you want to pay for a round of drinks or a reasonably priced dinner, awesome. But don’t go dropping $200 on a bottle of wine or lavish presents before you’ve even built something substantial. You’re setting yourself up as the wrong type of partner. Also, it’s intense for many girls and places a lot of unwanted pressure on them.

Try to see it from her point of view. All she’s going to think is, “This guy doesn’t know me and is already willing to spend all this money. He must be desperate.” Even if it’s subconscious, she’ll slot you mainly as a provider and not a lover.

Look to create romantic connections using only yourself and not what you can offer monetarily.

You change to win them over

Seek out women who like you. The worst thing you can do is start a connection by pretending to be someone else. All it shows is that you’re insecure and you’ll do anything for approval.

Do you think a woman will respect you more or less when she sees you’re so easily molded? She’ll never view you as an equal partner and will continue to walk all over you. At first, it will be small changes. Eventually, you’ll forget who you even were.

Of course, as a relationship progresses, compromise is important. But those compromises should be fair and within reason. If you have a hardcore substance problem where you become an abusive prick, change makes sense. But if you like to smoke the occasional bowl to relax before bed, that’s a perfectly normal part of you.

Be upfront about who you are and what you want from the beginning. Don’t hide your smoking, toking, or drinking habits. Don’t stop playing video games (again, within reason) because she thinks they’re stupid. Don’t change your diet to match hers. And don’t ignore friendships unless your friends are mistreating you or her.

Have a backbone and be your own person. She can accept it or you’ll find someone who will.

You never push it forward and show your intentions

If you spend time with a girl you like and you don’t express your sexual intentions, you only have yourself to blame when she “leads you on”. You’re being dishonest and lying your way into the friend zone. A woman needs to be turned on by you to even consider you as a sexual prospect.

I love when guys try to defend their actions with, “But I actually want to treat her like a person. I’m not just trying to get in her pants like every other douche.” They make themselves out to be superior men because they didn’t flirt with her.

Stop trying to justify your fears and insecurities by shaming sex. Deep down, you want to sleep with her as much as anyone else. You’re making her out to be a victim of predators when she’s the one actively choosing to hook up with them and not you.

You can still give a shit about a woman and want to build a meaningful connection while being sexually forward. In fact, these are the guys who attract the most quality women. The combination of genuine connection and raw sexual attraction is the ultimate aphrodisiac. Showing your interest does not make you a jerk, it makes you a human.

You invest time in those who don’t invest in you

I want girls who want to invest energy and time in me. I do not chase endlessly. I do not try to convince them to like me. And I do not wait around for weeks or months racking my brain to see what she wants.

Text a couple messages back and forth, then suggest a date. On the date, pull the trigger and go for a kiss before the end. Stop playing the guessing game of how she feels. She either likes you and wants to pursue a romantic relationship or she doesn’t. Find out sooner than later.

I spoke with a guy a six months ago who was chatting with a girl from online dating. They had been talking for 2 weeks and I told him to ask her out already. I said if by then she refuses, I would focus my efforts elsewhere.

I got a follow up last week and he told me, “Dude, I’ve made serious progress!” They’ve now been chatting on the phone for months and every time he asks her to hang out, she never commits. I told him again to move on but ultimately he refuses.

If she finally commits, I wish him the best. But think about it: do you want to be with someone who took months to go on a first date with you? Do you believe that suddenly you two will have a healthy, passionate, sexual relationship?

And if she doesn’t commit, he invested tremendously in someone who wouldn’t return the same. He’ll end up emotionally crushed and pissed off.

You put all your eggs in one basket

Until anything sexual has happened with you and a woman, never close off your other options. Even once something does happen, it’s up to you to set the expectations of what you’re looking for — whether that’s casual or committed.

Narrowing your focus to one person has no benefit. You have to start from square one if it doesn’t work out. You’ll tend to view that person as your only opportunity and place them on a pedestal. You won’t evaluate them objectively. You will settle because of a scarcity mentality and not because they’re right for you. And you’ll have a difficult time walking away from mistreatment or low quality women.

If you get romantic and she turns out to be the only girl you want, then you can stop pursuing others. Until then, date around and get some valuable experience under your belt.

Follow these guidelines and you’ll stop being used. You won’t feel shitty about making connections based on lies. You won’t blow your money needlessly. You’ll never be led on again because you’ll take action and only invest in women who are attracted to you.

And you’ll realize that whatever negative experiences you may have had were your own doing. Either you tolerated mistreatment or you were the one disrespecting your needs by being inauthentic.

Then suddenly, the resentment will fade away.