The Not-So-Sweet Life of Being a Sugar Daddy What if you could regularly have sex with young, beautiful women with nearly no chance of rejection? Would you do it?

You just have to become a sugar daddy.

For those who don’t know, there are sites dedicated to grey-area paid arrangements. The most popular is Seeking Arrangement.

Basically, you pick a gorgeous girl (a sugar baby) from her online profile. You negotiate an allowance or pricing structure, and if agreed upon — you go on “dates”. Then somehow like magic…you also have the option of sleeping with that woman.

Of course, you do need the means to pay for this. But really, it’s often cheaper than you’d expect.

Depending on your location, you can find women who will sleep with you every week for about $1000-2000 per month. And I’ve heard from guys that have paid much less — sometimes just for a nice dinner. It’s an investment but a lot of smart, single men I know can afford that if they budget for it.

This is the dream for many guys: no-strings attached sex where you live out your wildest kinks and fantasies. I’ve found that it appeals most to young men with little romantic experience and older men coming out of a long-term relationship.

(I know a lot of married men use this as well but I’m going to focus on single guys since that’s who I work with.)

So what’s the catch?

Well…there’s a significant hidden cost. And it usually comes in the form of your self-worth and long-term happiness.

This isn’t me preaching some moral high ground. I’m all for legalized, safe regulation of the world’s oldest profession.

I’m just telling you how things generally unfold in these situations. I’ve talked to a lot of men who were excited about being a sugar daddy only for them to end up feeling worse about themselves and regretting the whole experience. 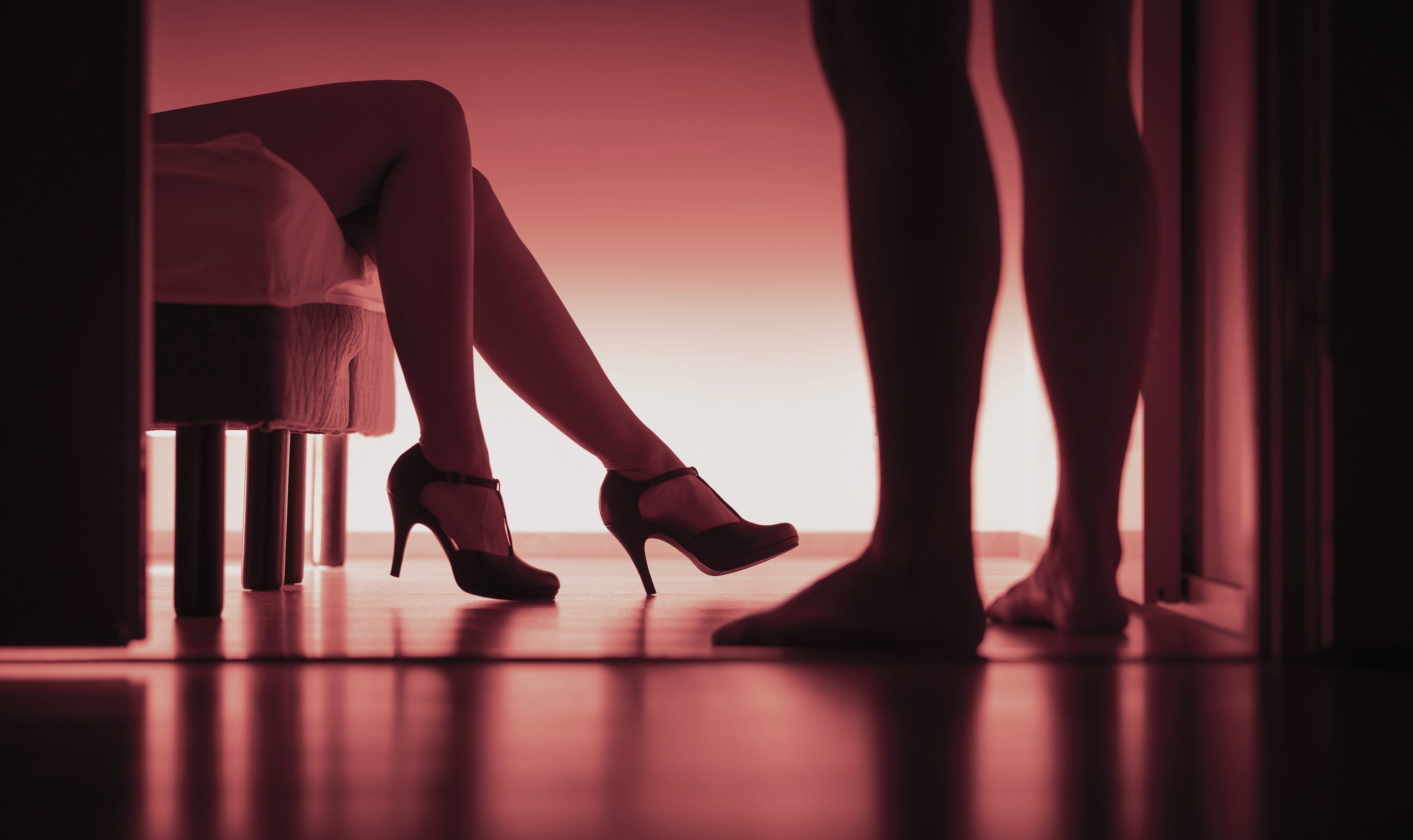 The problem starts with most men’s mindsets going into these arrangements. They often tell themselves (and honestly believe) they just want some casual fun.

They feel like they need to get laid to get out of their rut. They want to discreetly explore their fetishes. They want sex and companionship without having to deal with a relationship.

For those reasons, the sugar daddy business is ideal! (Or so they thought.)

So they end up dating a bunch of sugar babies who give them attention. They live out their sexual desires. They even travel for exciting adventures with these women.

But at some point, the dream begins to lose its luster. Like too much of anything, the novelty of new, random sex wears off. The men lose the drive to keep sleeping around aimlessly because they start feeling something is missing.

THAT’S when they’re faced with the deeper truth: they didn’t get into this just for the sex. 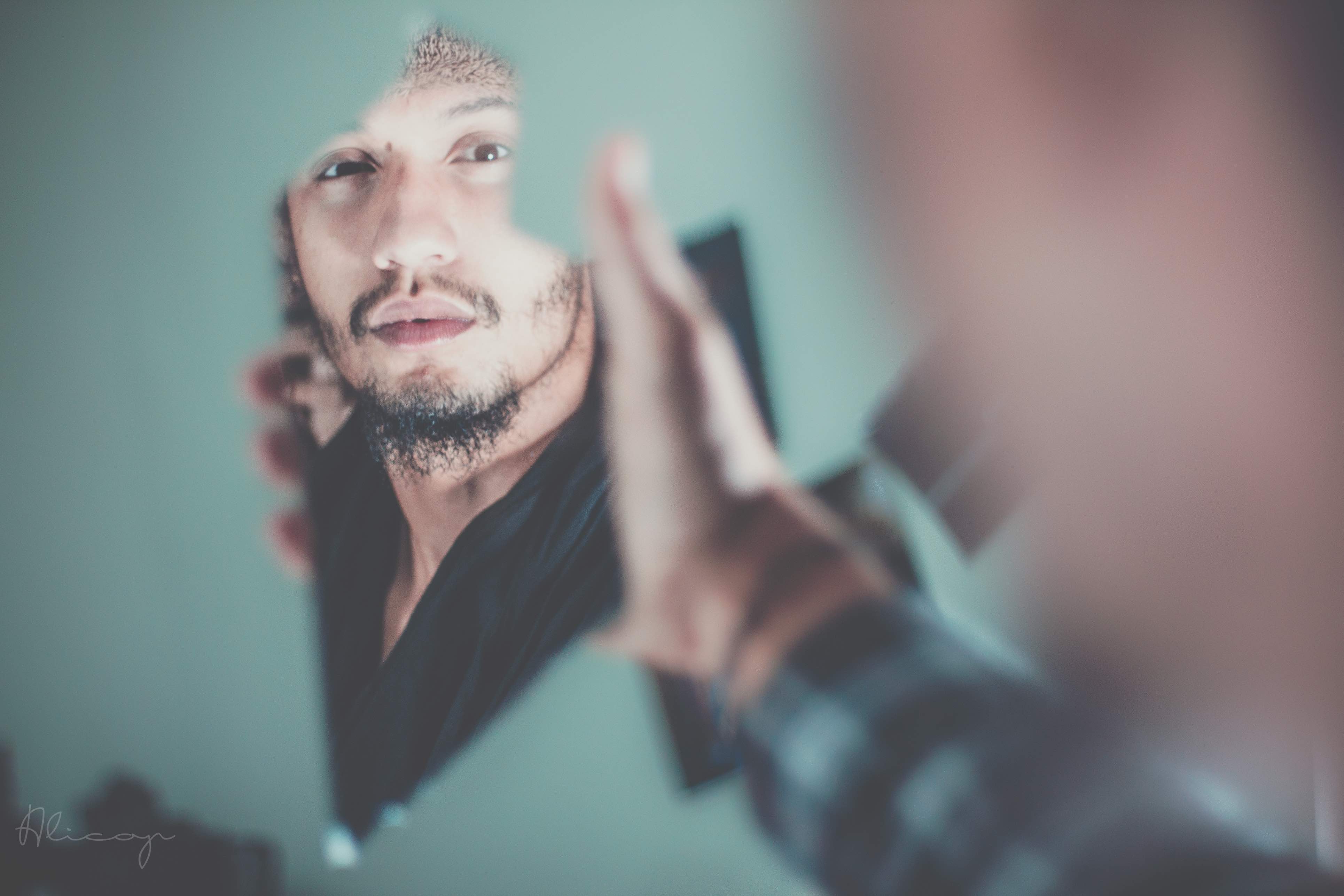 In theory, these successful men should’ve been able to organically attract beautiful women.

With just the money they invested in sugar babies, they could have invested in making themselves more attractive.

They could have fixed their teeth or eye sight. They could’ve hired a fitness or dating coach. They could’ve gotten stylish haircuts and bought custom-fitted clothes. Then they could’ve had professional photos taken for online dating.

And even THEN, they’d still have money to take real women out on incredible dates! Combine that with a little exposure and practice in the real world — and they should have their choice of great women.

But they didn’t go that route and if they could have, they would have. Instead, they endlessly struggled with social anxiety, fear, motivation, or countless lost romantic opportunities.

And after rejection, loneliness, and emotional starvation…

They took the easy road. They ran away and ignored their problems. And to protect themselves, they convinced themselves they just wanted the sugar daddy lifestyle.

The thing is, eventually our true needs get the best of us. These guys start to crave the things we all need in our lives: real affection, adoration, loyalty, meaningful connection, and even love.

This is where the downfall starts. These men realize that even with all the money in the world, they still can’t buy what we really want in life. 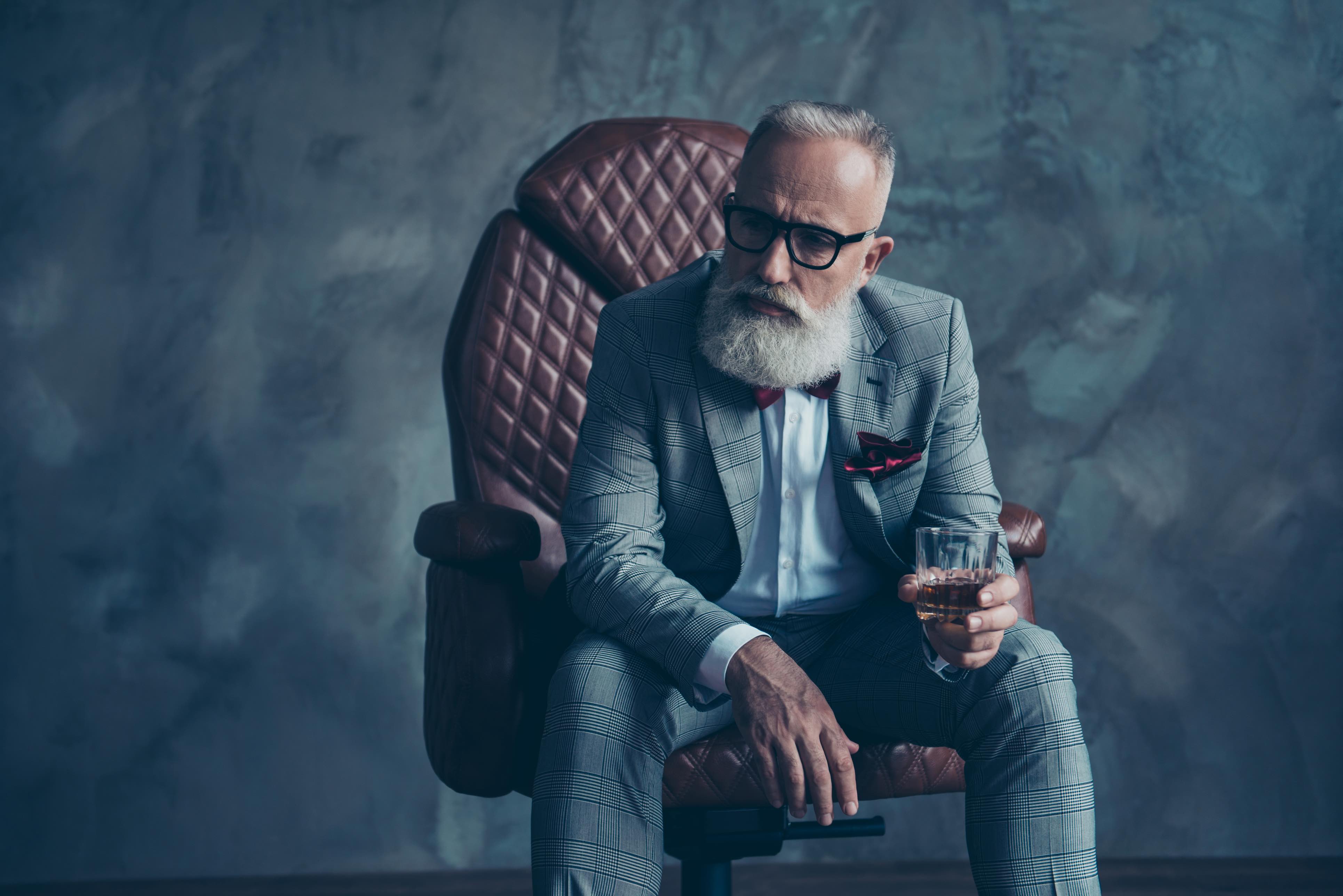 Over time as a sugar daddy, it becomes harder to ignore the underlying business dynamic. It becomes apparent these sugar babies view the relationship as transactional.

Yes, these women may like their clients as a person. They can enjoy their company. They even sometimes find the men physically attractive.

But at the end of the day, the chance these women see a client as the man they truly desire, long-term, is slim to none.

Because the man of their dreams is someone they naturally fall for. They want a high-quality man they find attractive for his personality and confidence. They want to see him as a “catch”.

Being a sugar daddy does the exact opposite. It reinforces that you need to pay for these connections. That you can’t get them yourself. That what you feel you have to offer is your money and not who you are.

This will never provide the deeper emotional connection needed for a lasting relationship. These women may think you’re a great guy in their mind, but in their heart, they feel otherwise.

Sugar babies can’t hide their feelings forever. Even the most practiced women will subtly reveal the truth with their actions.

So the dream turns into a nightmare 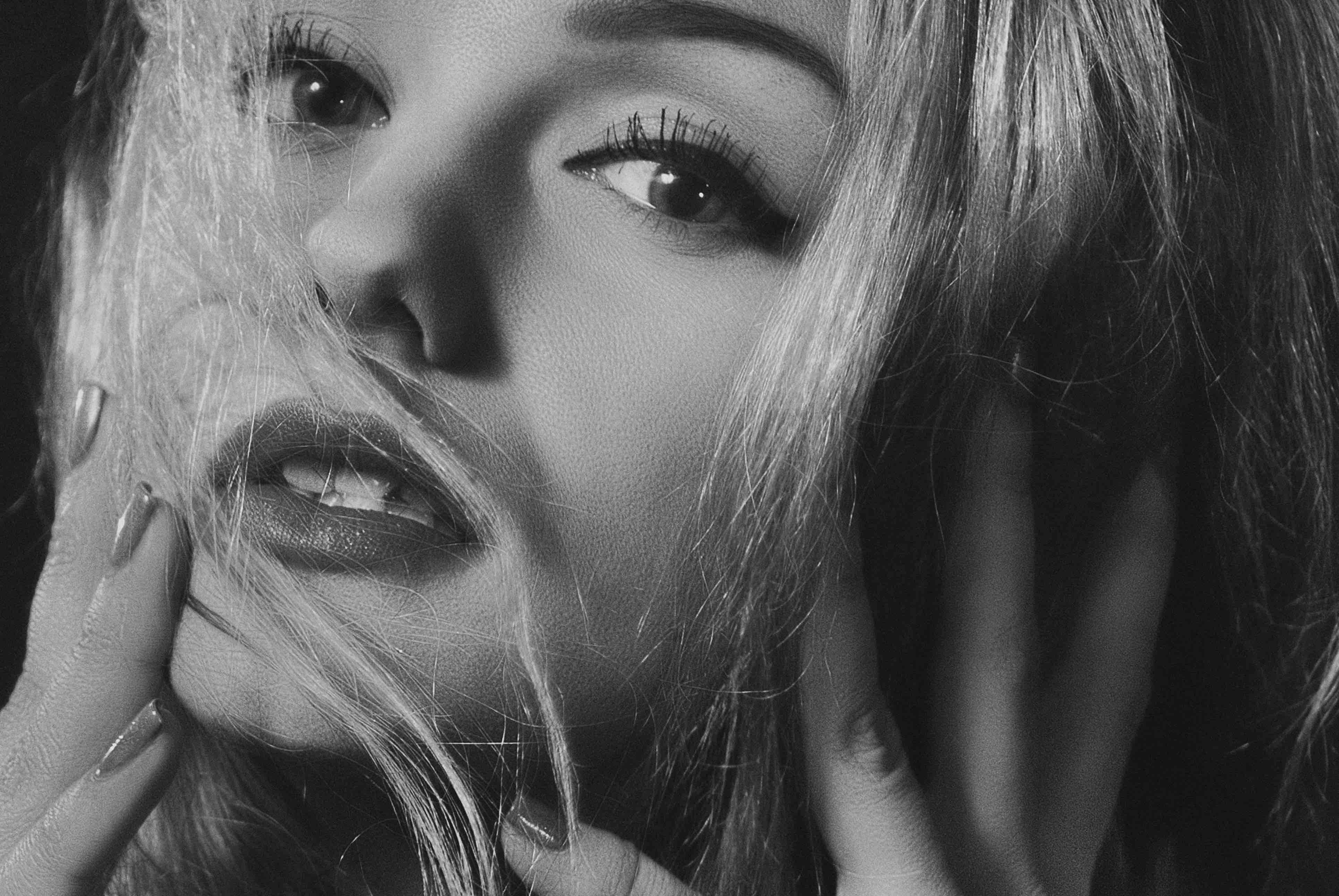 It feels horrible when you never get this look from her.

Some guys see the mirage fade over time.

They notice a woman force enthusiasm or engagement. They see that this beautiful woman isn’t fully aroused and invested in sex. They don’t see the authentic passion in her eyes when she looks at them.

They are reminded of the business relationship when simple dating rituals get negotiated for more money: spending the night, eating breakfast together, or going away for the weekend.

Then they feel devastated when they see how easy it is for one of these women to leave for another arrangement. Or, when they find out she actually has a man she’s legitimately interested in.

Some guys see the mirage disappear all at once.

They date one of these women for a long time and feel like they have a shot at a deeper connection.

And when they try to turn it into a real relationship, the woman is forced to reject them. She has to break the news that she doesn’t see him like that and wants to keep things the way they are.

Whether it happens slowly or all at once, sugar daddies end up feeling worthless, powerless, and alone. The thrill of sex can’t overpower their other emotions any longer. And this is where they leave the sugar daddy lifestyle.

Then comes the overwhelming regret and shame 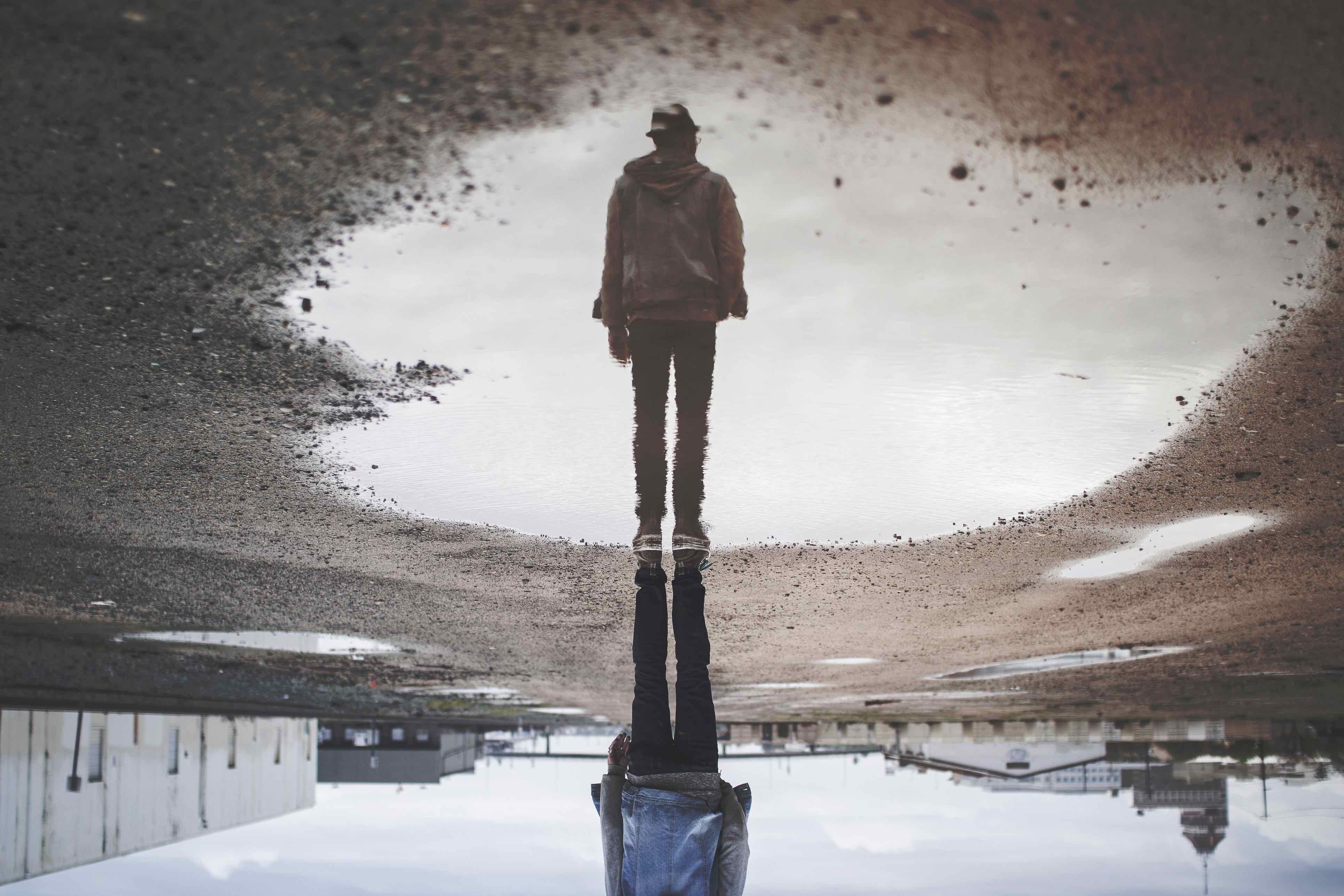 Unfortunately, at that point the damage is already done. These men feel worse coming out of the experience. Because once the thrill is gone, all that’s left is regret.

Because of the nature of the business, some of these women aren’t in an emotionally healthy place. They may not even want to be doing it, but have to because of their financial situation.

This puts men in a tough spot because they have to accept the (sometimes sad) reality that put the women on the market in the first place. And it makes them feel like scumbags who took advantage of the situation.

I’ve seen that shit haunt men for years. They become disgusted with themselves for their lack of empathy and seek therapy to reconcile their actions. Then they struggle with future women because they’re weighed down by their guilt.

How to be a sugar daddy without hating yourself 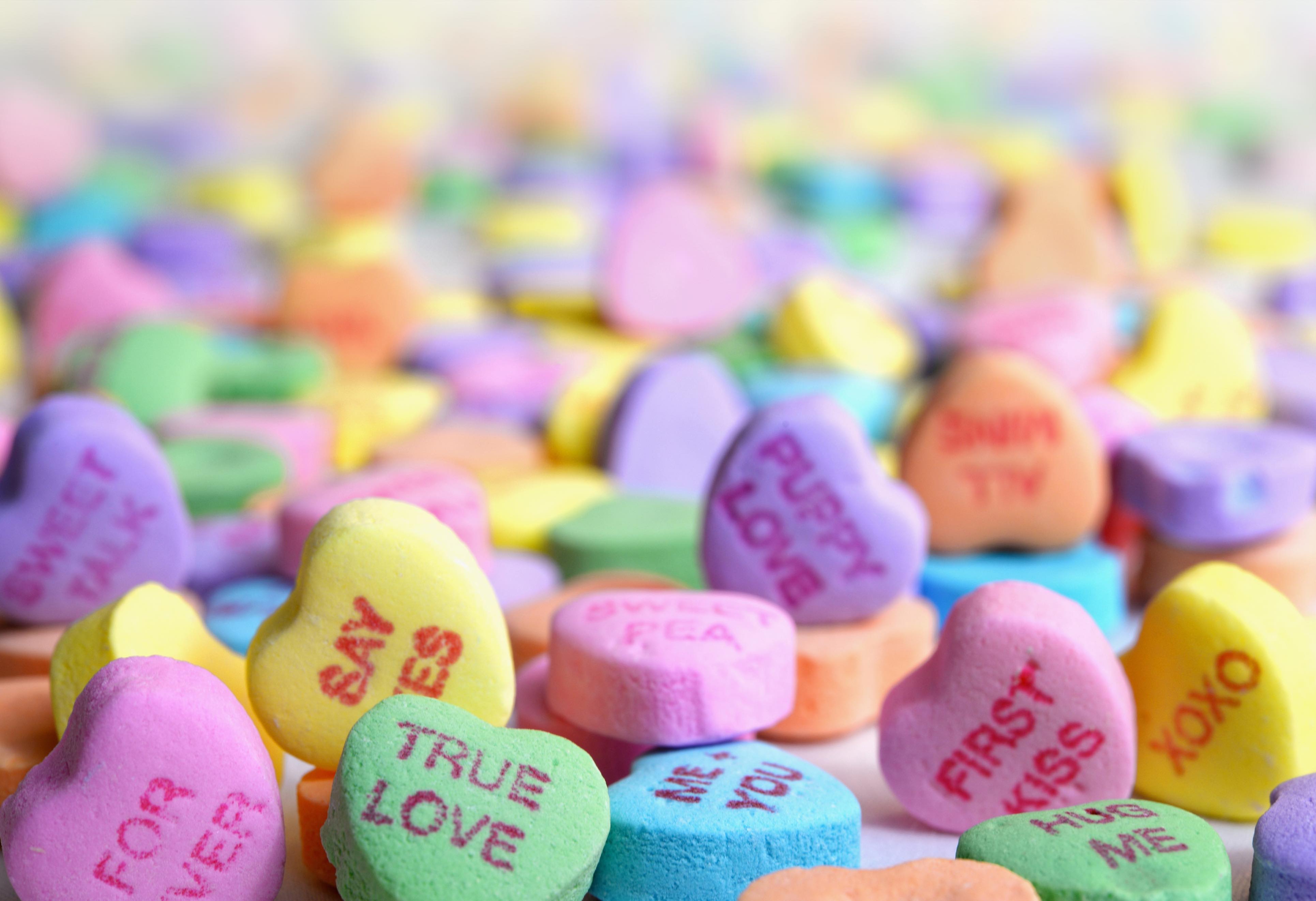 This is the dark path many sugar men walk. It doesn’t have to end up like this!

Like I said, I’m not against these types of arrangements. We all have needs. And I believe two consenting adults should do as they please.

But if you’re committed to indulging in this lifestyle, you need to have the right expectations and mindset.

1. Don’t expect more than a transactional deal. That doesn’t mean you’re a cold-hearted asshole. It means accepting that this is her profession and treating her like a professional. When your encounters are done, they’re done. If you’re looking for real companionship or love — look elsewhere.

Have men married sugar babies and turned them into trophy wives? Sure. But it’s rare and I’ve yet to meet an actually happy couple in those situations. Because again, those women are settling for convenience and logic, not a meaningful emotional connection.

This is why many of these relationships turn into sexless marriages. Over time, you both never feel fully satisfied and one of you will try to get those needs met: by cheating or leaving.

2. Stop using this to compensate for what your romantic life is missing. These types of deals are for fun flings. They could be for a quick hookup when you’re traveling or too busy with a big project. Or to supplement your existing dating life with something different or uncomplicated for the time being.

3. Use this in balance and moderation. If you invest in paid women, you should also invest in improving yourself and your ability to create organic connections. Because again, these experiences are unlikely to fulfill you on any meaningful level or provide a real partner. You’re just delaying your happiness.

And in general, use sugar daddy sites sparingly. When we overindulge in something, we often become dependent on it. Then it becomes easy to forgo your real personal development.

4. Treat these women with respect. They are like any other human being. They’re not sex objects to manipulate or control. If a woman doesn’t want to do something, don’t pressure her or guilt her into it. Pay her a fair wage for her services. Stop trying to prevent her from seeing other men. Don’t expect extra attention or time just because you’re nice to her.

If you know you did your best to provide a positive, honest experience for both of you — everyone wins. And then you’ll have nothing to feel wrong about.