How to Overcome Your Social Anxiety Without Talking to Anyone A person’s voice can start revolutions. It can captivate audiences. It can make someone fall in love.

In the same sense, restricting a voice can have devastating consequences. Even when the person restricting it is yourself.

I bet there are so many things you wish you could say to other people.

In the moment, though, having these conversations feels overwhelming and impossible. You think you’ll sound stupid or weird. You’re worried about how you’ll be judged.

So you only ever think about what you want to say without ever saying it out loud.

And by doing this, you never gain the experience necessary to get more confident with expressing yourself.

But what if you had a completely SAFE way to start saying the ideas you’ve held back? Could it help you overcome your social anxiety?

I’ve been trying a new technique with clients lately and the results have been astounding…so I want to share it with you today.

How do you practice when even easy mode is too hard? 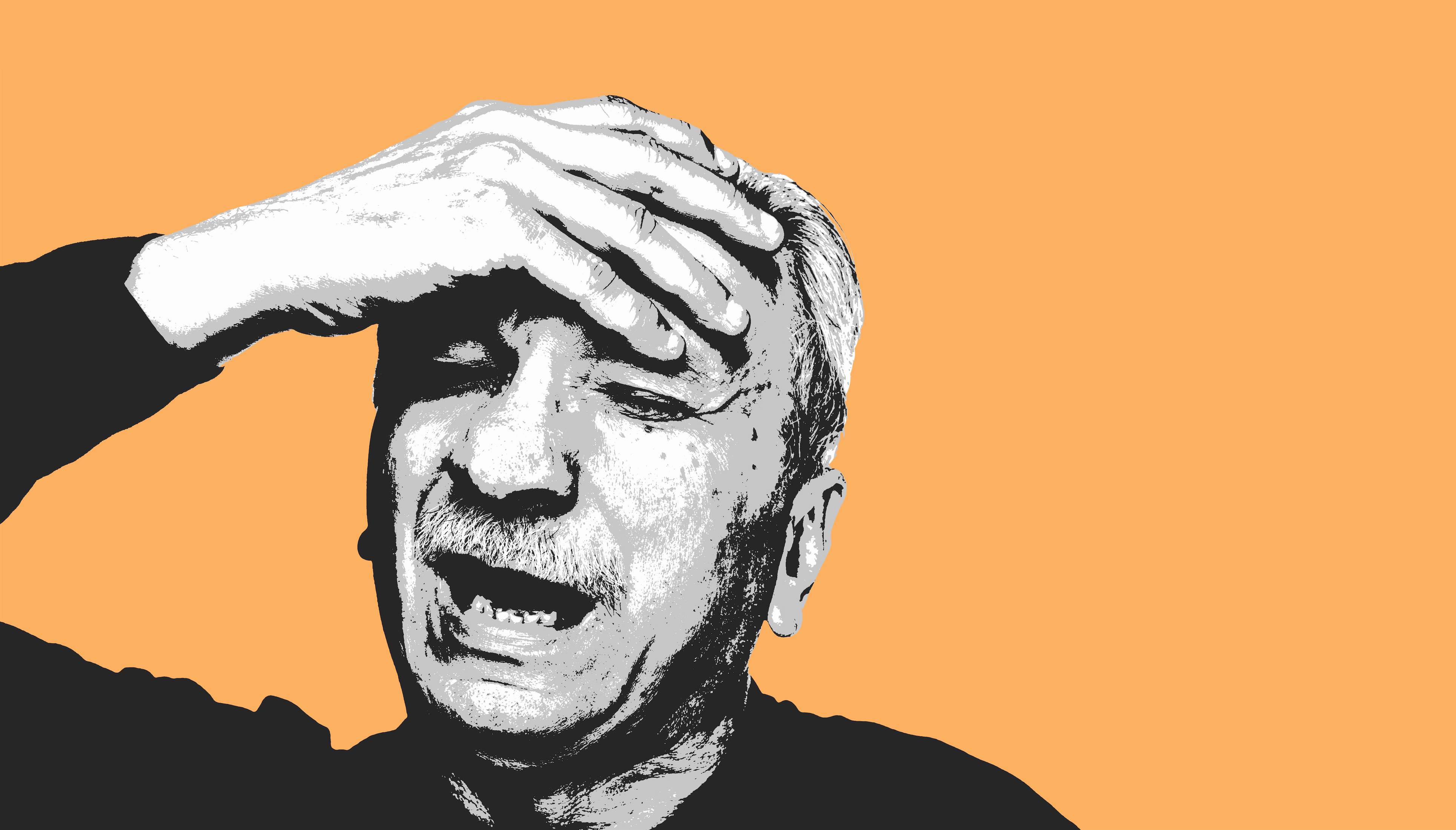 Many men struggle with introducing themselves to women they find attractive. So I try to make it as easy and low-pressure as possible for them to get started.

I don’t want them focusing on “cool” lines or reading a woman’s mind to figure out what she wants to hear. That only creates more anxiety.

Instead, I first teach men to be more present in social environments. From there, I want them to try and connect with their opinions, observations, feelings, and natural curiosity about the environment and the people around them. Just quick thoughts like, “How does she journal in the park with so many people around?”

These simple ideas are all you need for a great introduction.

Then, they can practice with less intimidating people in safe environments. Such as…

Telling a barista how much they love their coffee shop. Asking someone if they can pet their dog. Sharing an observation with a classmate after a yoga class.

The problem is, sometimes even THIS is too difficult for the men I work with.

They never give themselves permission to say anything and their real-world practice stays at zero.

I knew I had to create another small step that would lay the foundation for them to express themselves more freely.

That’s when I thought about my own struggles with public speaking. 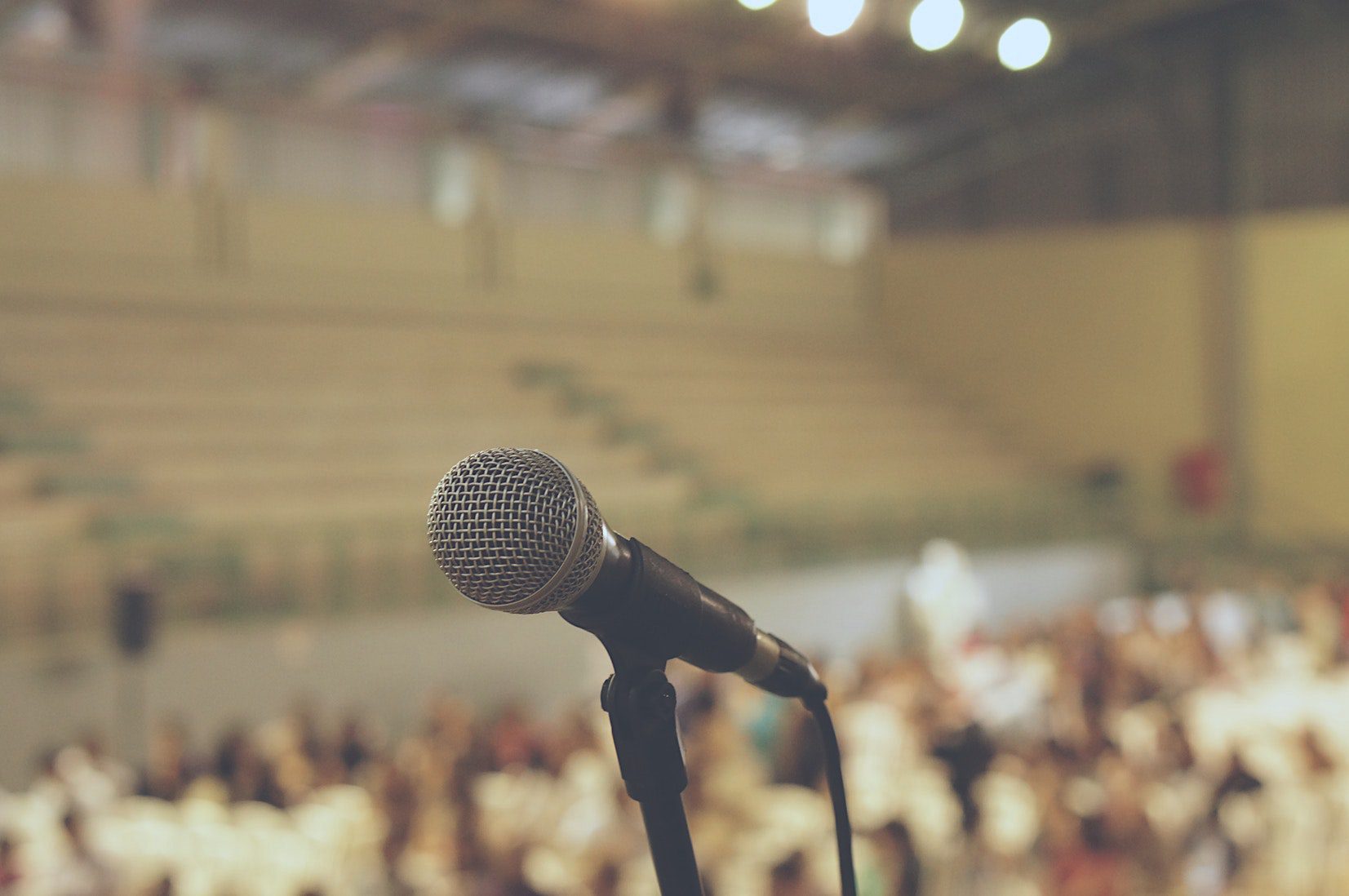 When it comes to talking to strangers, I’ve had years of experience that have now made me comfortable with it.

When it comes to public speaking, though, only recently have I mastered my anxiety.

I host retreats that involve a LOT of talking from me. Before my first retreat, I felt a ton of pressure to be the best speaker possible for the attendees. I had to not only teach but also engage them for eight hours a day, for five days straight.

My friend Jason, a former professional speaker, told me to try rehearsing out loud. He said to just vocalize my thoughts to myself. Eventually, I could try doing it in the mirror or record it for later playback.

The first time I tried to do this, I felt huge internal resistance. I doubted myself and I felt really awkward.

But because I didn’t have anyone around to judge me, I was able to speak up. And that’s when amazing things started happening.

I realized that it wasn’t as bad as I’d imagined. Within a couple of takes, I started sounding better and getting my words out more clearly. I felt like I could gather my thoughts. As my anxiety subsided, I got looser and had more fun with it.

Soon enough, I felt like I had delivered my speech to a real group of people.

My brain didn’t know the difference. I was still overcoming my anxiety and speaking up in the moment. That self-practice made me feel more confident that I could do it and actually show up when I needed to. 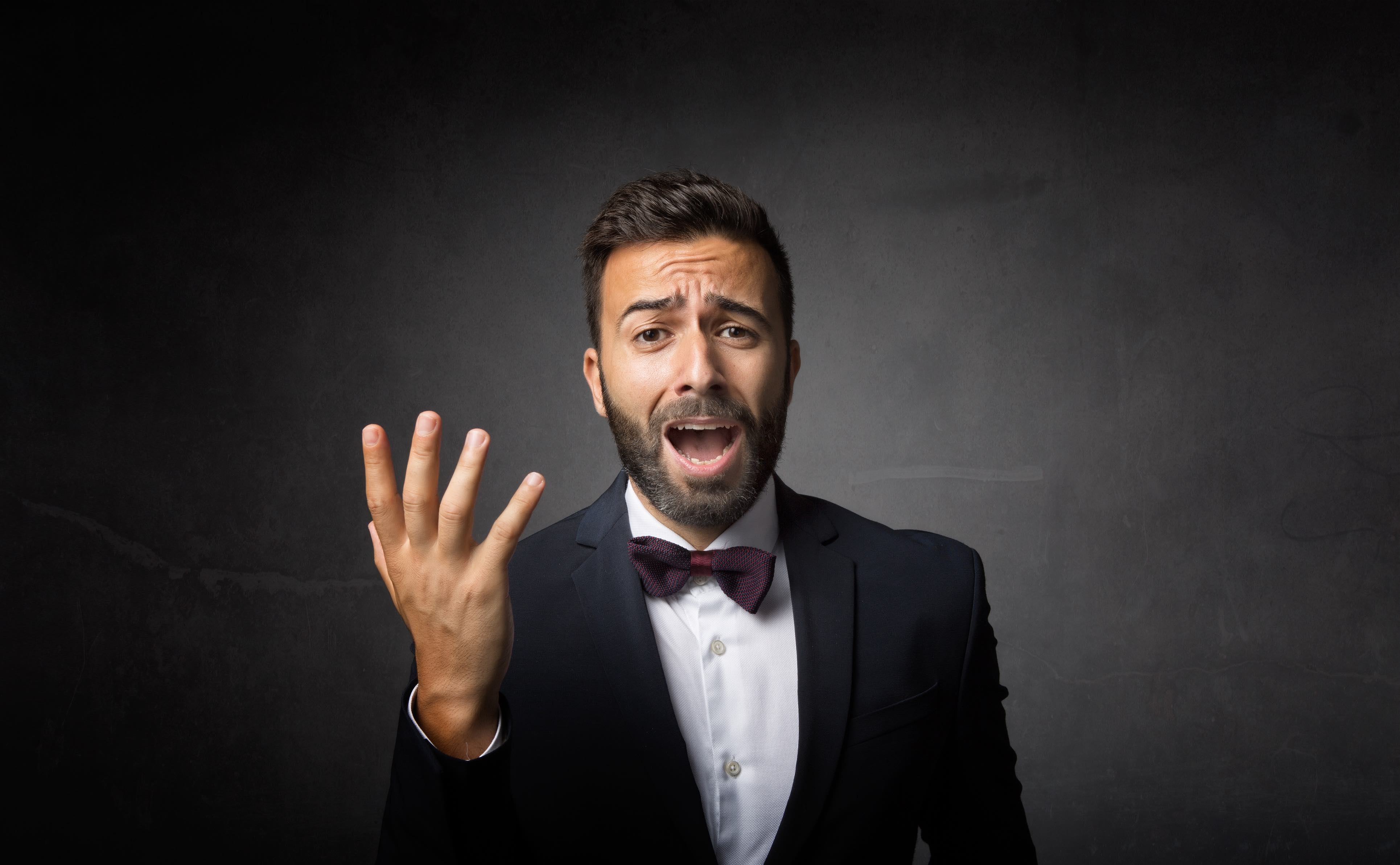 As I said, I’ve been using this approach to great effect with clients. I recently worked with a guy who couldn’t give a genuine compliment about what he found attractive in a woman.

My coaching partner Kristina and I created a “compliment vocalization” plan:

And what happened next?

Later that day while on a stroll through the city, we looked back to see that he’d walked over to a woman, gave her a genuine compliment, and caught back up with us.

He did this all on his own, UNPROMPTED.

The previous practice made him feel like he’d already lived through that experience before and gave him the courage to take the shot.

Later on, we all ended up talking to a girl together. Ten minutes into the conversation, he gave her a direct compliment, to which she blushed and kind of brushed off shyly. He looked into her eyes and repeated it sincerely, and she excitedly accepted.

She ended up coming out to see him twice more while we were visiting the city.

He went from feeling like he could NEVER give an attractive woman a compliment to doing it unconsciously with only a couple hours of practice.

Learn to trust in the sound of your own voice 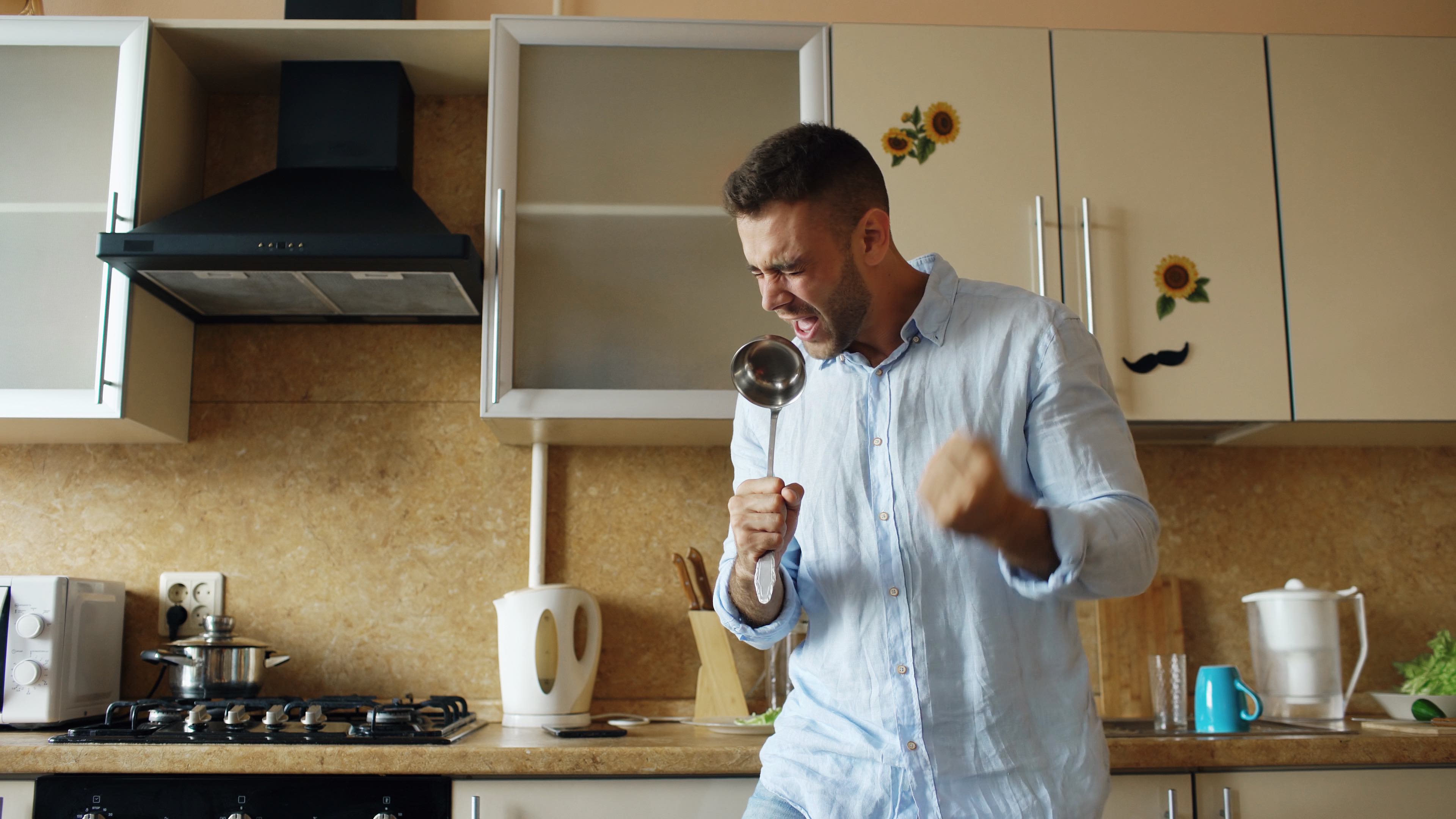 Take this vocalization technique and apply it to the things you have difficulty saying to others and yourself.

Let’s say you struggle to…

Talk about your sexual inexperience. Many guys avoid getting onto certain subjects or moving dates forward romantically because they don’t have much experience. Sometimes, they avoid dates altogether because of it.

But your sexual inexperience isn’t a problem, you just need to talk about it in a way that shows you’re comfortable with yourself.

Again, look at a photo of someone you’re attracted to or are already dating. Imagine they just asked you about your past relationships. Practice one of two options: tell them that you never met the right person and didn’t want to sleep with someone you didn’t feel connected to. OR politely tell them you don’t want to talk about your dating past with a new person and would be open to sharing it if you two became closer. Reference my article on discussing your sexual past.

Show yourself love or gratitude. Look at yourself in the mirror and sincerely tell yourself, “I love you.” Or try saying something you’re proud you did that day or week, “I’m grateful that I signed up for that photography class because it means I’m pushing myself to get out more.” Being compassionate and recognizing what’s awesome about you builds lasting self-esteem. Read more about gratitude and the power of positive psychology here.

You can then practice this while out in the real world from a safe distance. When you see someone you like, say a compliment about them out loud to yourself. Next, while looking at them, really imagine yourself saying it to them as you speak the words.

Obviously, you don’t want to just compliment women on their looks. Compliments on personality tend to be much stronger. But this is just easy practice to get comfortable showing romantic interest. Reference how to give good compliments here.

Introduce yourself to a new person. Look at my advice earlier in this article and in this post. Start by just being present in social environments and having a lot you want to comment on or ask about. Focus on what YOU experience from your senses rather than what you believe people will want to hear. You can even journal these thoughts in your phone in the moment or after you go home.

Once you start to naturally have a lot to say, look at someone that’s far enough away that they can’t hear you. While looking at them, casually share one statement or question in a clear voice. (You can have your AirPods in if you’re worried about talking to yourself.)

This exercise is ESPECIALLY important to practice as often as possible. This is because you’ll sometimes have only a few seconds to say something to someone near you. You want to get to the point where shareable ideas pop into your head without consciously thinking about them.

Tell your boss you have a new or different idea. Visualize yourself in a 1-on-1 or group meeting with your boss. You can even reference a real moment when you had an idea that you didn’t share. Say it out loud starting with a positive I: “I think the team is doing a great job with X but I think we could improve when it comes to Y…” Do this after a bunch of meetings or whenever you have the urge to contribute something different.

Speak up to your parents. Having hard conversations with your parents is one of the toughest yet personally rewarding things you can do. I had to tell my own folks about leaving a cushy career to start this business and I also had to convince them to quit smoking.

Use a picture of your parents or an object to represent them. Take your time and try to express your feelings openly. Some of the best psychiatrists who specialize in healing trauma advocate this, like in the book The Body Keeps the Score.

If that still feels challenging, you can try writing it out as if you were going to send them an email to formulate your thoughts better. Then take that writing and read it out loud to those inanimate objects.

Share a hobby or opinion you’re embarrassed about. A lot of shame around our hobbies or opinions start because we feel people will perceive them as stupid, weird, or boring. But if you share something with passion and in a way people can understand, anything can be deeply engaging.

Write down why you love a hobby or why you feel a certain way about a subject. Flesh out WHY it’s important to you. Jot down how it makes you feel. If it’s something technical, write out how you could explain it simply and relate it in a way other people could understand.

When you fully understand why you connect with this, it will be easier to have others feel the same way, too. Gather your thoughts and practice talking about it for a minute out loud.

Tell a woman you’re not ready for an exclusive relationship. Many women will be open and accepting of dating you casually if they know it’s coming from a healthy place. It’s when you poorly communicate, “I just still want to date around…” that makes women fear you’re just using them and don’t care about them.

Look at a picture on your phone of a woman you’re dating, preferably one you took together so you feel connected to it. Explain out loud how you care about her but maybe have rushed into things in the past or you just want to make sure you two are right together so no one gets hurt. Reference how to do this gracefully using this article.

As a reminder, all of these can first be practiced alone, at home. You can reflect on someone you recently encountered and say what you wished you’d said. Or you can use an inanimate object to represent a person while you practice speaking to them.

Next, try doing this in a social space. Really look at the people you want to share something with, and under your breath or where no one can hear you, say it as if you were really talking to them.

Do this as often as it takes to get more comfortable. Practice makes perfect...even if it feels ridiculous right now.