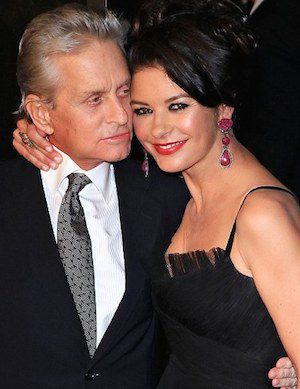 Half-your-age-plus-seven. This formula has somehow become the definitive rule for the youngest age of a woman a man can date.

Okay, maybe that’s an exaggeration. But many people in society still look down upon older men dating younger girls. They think it’s creepy and even put them the same category as pedophiles.

This taboo makes some of my clients feel shameful about their age preferences. So much so, that they don’t go after women they’re actually interested in. Instead, they settle for less or don’t even try at all.

I think that’s awful because I know many normal, great guys who just happen to like younger women. My own father is 10 years older than my mother.

I want to show you that there’s nothing wrong with age disparity in a relationship and it may even work out better for many couples.

You don’t have to look far to see most men find women to be at their most attractive in their 20’s. On the other hand, many women are most attracted to men in their 30’s, 40’s, and even 50’s.

Before I get attacked as somehow being sexist…look at the anecdotal evidence.

On average, men in all societies date younger women.

Those Hollywood actors who have options almost always choose young women. And unfortunately, if they’re leaving their wife, it’s almost always for a younger woman.

OKCupid data shows that men of all ages find women in their early to mid-20’s to be the most attractive. Women tend to find men their own age most attractive even until they’re both in their 40’s.

So why is that? It’s biology, baby.

Men are more visually stimulated than women. Our main attraction switches are a youthful, healthy physical appearance. This goes back to our biological need to “spread our seed”.

If those words made you cringe, I’m sorry, but I’m just trying to be as direct as possible.

We want to ensure healthy offspring. Any way you want to look at it, complications such as down syndrome and miscarriages in pregnancy rise with age. So it makes perfect sense that men are driven to younger women who have the lowest risk factors.

This works out perfectly because…

Since they were teenagers, many women have idolized older men. Brad Pitt, Jon Hamm, George Clooney, Jude Law, Johnny Depp, the list goes on. They would drop everything for an opportunity to be with one of those guys.

So I find it hilarious when I see women hate on older men for chasing younger girls when they themselves often find older men sexy. Hypocrites, hypocrites everywhere!

It’s easy to critique others for their desires but when we look at ourselves, we suddenly get a free pass.

Studies show that women mature sooner than men. And so many women are fed up dealing with “immature boys” and prefer to date older guys.

Those guys tend to earn better wages and therefore be better providers. They’re more likely to live on their own. They’re more cultured and have more world experience. And they generally have more self-confidence as they know who they are.

Blaming our biology is unrealistic

Attraction is an emotion that we can’t help but feel. Most of us don’t actively choose what we like or don’t like, our body chooses for us. It’s practically out of our control.

Think about your own preferences…

Did you consciously choose to like those qualities throughout your life? Or do they just make you hot and tingly all over?

That’s why I think calling someone shallow for their physical preferences is ignorant. And thinking young women are sexy falls into that category — you have nothing to be ashamed of.

When it comes to this subject, older men are painted as shallow horndogs manipulating younger women. While women are seen as helpless victims.

But what about all the couples who fall into this category (including my parents) who are in love or married for decades? Are you telling me they’re secretly unhealthy? Are you saying these women are coerced and manipulated into being with these men?

These women are willingly and happily choosing these men. If you’re making excuses for them, you are calling these adult women brainless fools who are unable to make their own decisions. That in itself may be the most disempowering, anti-feminist view I can think of.

As long as both parties are legal, then there is nothing wrong with an age gap in a relationship.

How about you shut the hell up about what two consenting adults do if it makes them happy?