9 Things That Threaten the Male Ego But Shouldn’t 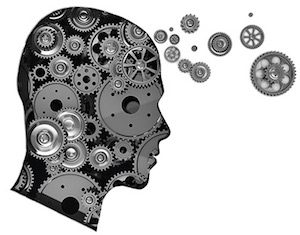 As men, we are often driven by our pride. So when something makes us feel inferior, we respond with defense mechanisms.

We get angry or frustrated. We go on the offensive. We take it out on others.

Most of the time, things that set us off shouldn’t even bother us. We let our ego get in the way of rational thought.

You’re wasting too much time and energy for no reason. And when you’re that upset over nothing, you’re unable to build positive, productive habits. So please stop letting these 9 things threaten your masculinity.

Guys looking at your girlfriend

When a stranger checks out a guy’s girlfriend, the boyfriend usually reacts with an immediate hostile response. Being threatened by something so insignificant screams insecurity.

Unless you don’t trust your partner, you have nothing to worry about. It’s not like she’s going to be so flattered that she jumps his bones on the spot.

Instead, take it as a massive compliment. You’re dating an attractive, desirable woman. You are the high-quality guy who landed her. Be proud and smile like the badass you are.

This is only an issue if the stranger continues to pursue after you tell him that you’re a couple. At that point, it’s best to take your girl and walk away.

I find it ridiculous when men scoff at men who are in great shape.

Just because a guy works out a lot doesn’t mean he’s a meathead or less intelligent. It means he gives a shit about his health and his body. He worked his ass off to get like that. It’s an amazing feat that requires dedication.

Anyone who makes fun of that usually feels shame about their appearance. Seeing a buff guy forces them to accept that they’re not taking care of themselves the same way. But there’s no need to feel like that.

Unlike some skills in life, you are 100% capable of that same feat. While you won’t likely join the NBA if you’re under 5’9”, you have the ability to be physically fit. See this as inspiration and a reference point to strive toward.

Don’t take out your unhappiness about being single out on other people. Why are you hating on the same fulfillment you’re so desperately seeking? It should be a reminder of something beautiful to look forward to.

That anger is a sign of jealousy and neediness. You feel less desirable because you’re single or haven’t had that kind of relationship.

You should want to be with someone special but you shouldn’t need it. A relationship doesn’t automatically make you a better person. In fact, jumping into a relationship out of the fear of being alone is unhealthy.

A great relationship is about finding someone compatible, Until then, you need to be happy with being alone. Work on yourself, take consistent opportunities to meet people, and enjoy the process.

Guys who date around a.k.a “players”

Being upfront with women and telling them you’re looking for something casual is healthy and honest. It’s the woman’s responsibility to accept it or not.

However, a lot of men who date around automatically get labeled as players, womanizers, or misogynists. All those words imply some kind of manipulation or abuse.

I believe casual dating can help you to better understand yourself and what you want in a person. It helps you become a better partner and build strong connections with the right people. Too many people jump into relationships with the first person who ever shows interest.

Lying about not seeing anyone else or making a woman believe that you’re serious about commitment is wrong. You’re creating false expectations and setting people up to get hurt.

Everyone wants the ability to attract people they like. If you resent men who are successful with women, it’s because you feel threatened. It forces you to admit that you’re not pushing yourself to meet people or improve your social skills.

Stop focusing on those guys. Focus on your romantic goals and take small steps to achieve them. Do that and you’ll connect with plenty of women you find attractive.

I laugh when I hear guys talk about their disdain for makeup. They claim they don’t think women need it or they like them better without it.

In reality, you’re intimidated by a woman’s ability to be appear more attractive or sexual through the use of cosmetics. It also makes you feel like they’re further “out of your league”.

Now if you genuinely think all women are better without makeup, I’ll accept that. But I’ll wager that you’re just misinformed.

You don’t know how many women are wearing makeup everywhere. Even when you think they aren’t, they are – it’s just subtle. It’s called a “no-makeup” makeup look. They’re probably wearing a little foundation, concealer, lip gloss, and filled in their eyebrows. Not mention their hair, which was artfully blow-dried and styled. And I’m sure you think they look great because of it.

Yes, this includes the cute barista who makes your morning coffee. Or your co-worker who you have a crush on. And definitely your favorite female celebrity.

Stop thinking of all makeup as trashy or gaudy. Natural makeup can cover small blemishes and accentuate a woman’s given features. Embrace it.

Want to see a man go from happy to flustered in under 3 seconds? Mention 50 Shades of Grey.

Romance novels are indulgent and stimulating for women to read. Men are challenged when women can get that sexual satisfaction from someone who isn’t them.

So then they respond by making fun of what the woman is reading. They tease about the shitty writing or lack of substance.

Ease up. Romance novels don’t mean women are less satisfied with you or that you can’t compete with the men in the stories. It’s just entertainment.

Getting hit on by gay guys

This makes some guys squirm. Being found attractive by men challenges their masculinity. They become defensive and even dangerously aggressive.

Once again, don’t be mad, be flattered. Another person finds you attractive, regardless of gender.

I’m a slim, well-dressed man with a European face. I’ve been hit on by gay men dozens of times over the years and I’ve always put a positive spin on it.

It’s only become uncomfortable when they continued to hit on me after I expressed I was straight and uninterested. I would feel the same way if it was a man or woman disrespecting my boundaries. But all I had to do was say goodbye and leave the conversation.

Most men would feel proud about sleeping with a bunch of women. However, the second a woman has sex with a few dudes, she’s deemed a slut and therefore less valuable.

I know not every guy feels this way, but I’ve met plenty who do.

We all want sex. We all crave that intimate connection. There’s nothing wrong with that as long as the intention behind it is healthy.

An insecure girl sleeps around because she’s miserable or feels worthless without that validation. A girl who’s secure in herself hooks up because she genuinely enjoys it.

I tell men they should date around to find someone who meets their standards and is compatible. Why shouldn’t women be allowed to do the same? They deserve a high-quality partner, too.

This alone prevents your ability to grow and be happy. I talk to guys who are terrified of talking to strangers in public, regardless of gender.

They’re worried about random people overhearing them. They’re stressed out if the person they approach politely rejects them. Then they’re nervous again about all the people who will witness that rejection.

Why? These people all know nothing about you. They’re making an assumption based on seconds of meaningless data. That doesn’t make it true.

All the worry is in your head. Whether you get rejected, a cold shoulder, a weird look, or anything else – it doesn’t matter. You are not going to die. Your life is still the same as it was a minute ago.

I had a client a few weeks ago who couldn’t overcome this. I went to extremes to prove my point. I introduced myself to a woman with, “I am really stupid.” She smiled and laughed. I also told a group of attractive girls, “I have a small penis!” They laughed their asses off and one girl replied, “Don’t worry, me too!”

Your value as a person doesn’t change unless you rely on the validation of others. But if you love yourself and perceive yourself as worthy, outside judgments won’t change that. That is the definition of self-confidence.

When you’re confident in your own worth, you won’t feel threatened by these points. You’ll accept that other people aren’t you. They have different personalities and want different things – and that’s okay. It doesn’t make you inferior.