The Power of a Single Moment 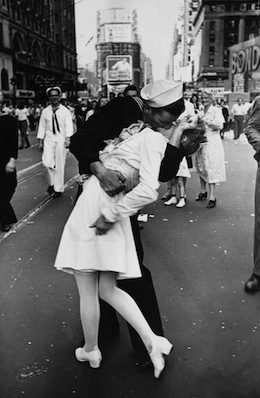 Last week, I posted this video to my Facebook. As cheesy as it is, it contains a profound message. Seizing a single moment can result in unforgettable experiences and even change the course of your life. In this case, saying hi to a girl in a coffee shop led to an amazing relationship.

Tim Ferriss, writer of The Four Hour Work Week, held a contest for Princeton students to build a relationship with someone famous or wealthy. The winner won a round-trip ticket to anywhere in the world. He challenged them to e-mail these so-called “unattainable” figures and ask meaningful, thought-provoking questions.

Students ended up talking to George Bush and the CEOs of Google, Disney, and HP. A few of them even landed careers. Tim Ferris proved that the first step to greatness was just reaching out – an idea previously out of everyone’s reality. As Woody Allen said, “Eighty percent of success is showing up.”

I’ve created countless friendships, business connections, and romantic relationships by pushing myself to reach out. These stories would’ve never happened without seizing the moment:

Take initiative in every situation possible. Get proactive, say yes more often, and reach out to people. Forget about the “what if’s” and just focus on the first step.

That seemingly insignificant moment could become the best decision you’ve ever made.

Ready to take your first step? Talk to me for a free session.