7 Excuses Women Make to Stay With the Wrong Guy 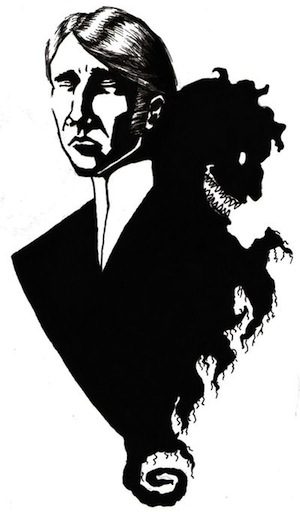 I know. Everyone from your parents to your friends has passed judgment on who you should date.

So who am I, a stranger, to tell you about your man?

Well unlike everyone else, I’m not going to give you a list of arbitrary guidelines. What matters most is that he’s not an asshole to you.

I understand that this isn’t novel advice. You’ve heard it before. But the problem is that people seem to misunderstand what it really means.

It has nothing to do what he looks like, what he does for a living, his race, or anything superficial. He could be covered in tattoos and dress gangster for all I care.

It comes down to how he treats and respects you. That’s it.

If you’re not sure what that entails, read the points on my article “How to Choose the Right Person for You” as a reference.

Be honest with yourself. If you’re always using any of these 7 excuses, you may be staying with the wrong guy.

“You can’t help who you love.”

True love requires mutual respect for one another. If he’s not giving you that, then I hate to break it to you…

He doesn’t actually love you.

He may think he does. He may even want to. But until he overcomes his own issues and consistently cares for you, he doesn’t really know how.

Just because you spend time together and you have feelings for each other, does not automatically mean you’re supposed to be together. If that were true, we’d all be with the first person we ever dated.

You’re not stuck. You can choose who you keep loving.  You can still have love for him without dating him.

Staying in a relationship out of “need” is never the right reason.

But if it’s to the point where you “can’t live without each other” or you’d “die if you were alone again”, that’s unhealthy.

You need to love yourself before you can love someone else.

Who’s fault is it then? I understand he may have had a rough childhood or is stressed out at work, but he doesn’t have the right to project it onto you.

We all make our own choices. Those choices impact the people who care about us. As adults, we are responsible for our actions.

Stop absolving assholes of their behavior – it just encourages them more. If you are going to keep taking it, at least acknowledge that it is his fault.

“I can’t find anyone better.”

You don’t think you could find one single guy you like AND who respects you? That would immediately place him in the “better” category.

I’m not buying it. You’re afraid of the change or of having to put yourself out there again. You’re overlooking the red flags because you’re into him. Or you’re scared of being alone.

I know it’s tough to make that move. But I promise a little bit of effort is worth finding a healthy partner who truly makes you happy.

Of course you are different from everyone else — you’re an individual. But we’re more alike than you think.

People share the same basic 6 or 7 human emotions. We’ve been writing about the same romantic experiences and epiphanies for thousands of years.

We do understand because most of us have went through the “us vs the world” phase ourselves. We’ve justified staying with a partner because we believed our situation was just “complicated” or “unique”.

Listen with an open mind to the people who care about you. Don’t just dismiss them or isolate yourself. They’re usually not trying to ruin your relationship, they’re just trying to provide some perspective.

“He’s never going to do it again. / He said he’s sorry and will change.”

That loses its luster after it’s been repeated 40 times. If he’s constantly treating you like crap in the same ways, something needs to change right now.

Have you tried sitting down with him and suggesting he gets help? If he’s willing to and actually does, that’s a good sign he’s trying to better himself.

If he refuses help repeatedly or doesn’t start making major improvements on his own, he’s not ready to change. At least not right now. Stop believing anything else because his actions say otherwise.

I still treat my woman, and other people, with respect! I’m not the only one – there are millions of men like that. Go focus on them.

If you really do like bad boys…get over the criminals and douchebags. It’s immature. Think about what that says about you and your self-esteem.

Being an actual jerk is not endearing. It doesn’t make him a problem you need to fix. He’s the only one who can change himself.

So please ladies, take it from a former asshole…

If you find yourself using these excuses often, consider dating someone you don’t have to make excuses for.