One Lesson From My Father I Wish I Learned Earlier 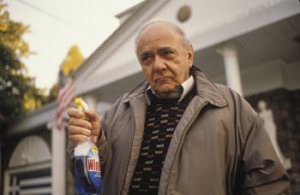 I think most of us go through the phase where everything our parents say is wrong, stupid, and just plain irrelevant. For years my father’s words of wisdom went unnoticed, but I’m more than happy to listen now. Mark Twain said it well:

“When I was a boy of fourteen, my father was so ignorant I could hardly stand to have the old man around. But when I got to be twenty-one, I was astonished by how much he’d learned in seven years.”

Only recently have I seen how influential my dad has been to be both directly and indirectly. His exceptional ways have been noticed by my friends, too. I had my friend Justin over for dinner and he told me,“Your dad is so with the current times. He’s open to everything and is willing to adapt. So many people as they get older are stuck in their ways.” I never thought about it much before, but it’s true.

My father is the stereotypical Greek: his name is George, owned a restaurant, and loves his Watermelon and Feta. But unlike many old-school Greeks, he’s progressive, eager to learn, and listens to new ideas. He isn’t gullible by any means, he’s just always willing to give things a chance – and that’s what matters. Even technology doesn’t phase him; at the age of 65 he uses the internet to get the latest updates on everything from gay marriage to Lady Gaga. Most of the time, he knows more about the latest YouTube sensation than I do.

Me, on the other hand, I was a hardheaded, stubborn, and arrogant teenager. I was also naive, insecure, and once I decided something, that was the end of it. Fortunately, after a few humbling experiences, I started to challenge many of the beliefs I once had. Did they make sense? Were they even true? Were they helping or hurting me?

Due to maturity and a deeper understanding of what matters, I’ve grown tremendously as a person since then. By being open-minded I’ve learned an incredible amount and been able to become more outgoing and secure with who I am. I’ve enjoyed stronger and healthier relationships because of it as well. Personal growth relies on the awareness of our surroundings and our ability to adapt accordingly. We will never make progress if we’re stuck in our ways.

So I challenge you today to change your thinking process. Don’t assume something’s wrong without hearing all the facts. Don’t shut down an idea without giving it a fair shot. Don’t believe you’re always right – because no one is. You don’t have to accept everything as dogma, that’s just as bad. But at the very least open your ears to the possibility of it and make smarter choices.

Aristotle once said, “‘It is the mark of an educated mind to be able to entertain a thought without accepting it.” My father has lived by this for years and unknowingly passed it down to me. While he may not be a famous Greek Philosopher, my old man has truly changed my life. And for that I just want to say, thanks Dad.