7 Signs She’s Just Not That Into You 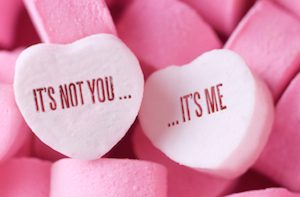 Sometimes women will be direct and tell you when they’re not interested. Most of the time, however, they’re much more subtle. This unfortunately causes many men to chase women that they shouldn’t waste their time on.

You can try to rationalize why girls are denying your advances and ignoring you. You can think, “There must be some other reason why things aren’t going anywhere.” You probably have a hard time accepting that a woman’s just not interested.

And when you finally realize the truth, you refuse to let go. You try everything in your power to change a woman’s mind. But by the time you’re getting the cold shoulder, it’s usually too late. A woman knows early on whether or not she’s attracted to you.

When a woman wants a man, she won’t let him slip away so easily. She’s going to invest in him. She’s not going to say, “I like this guy so much. I should dodge him, not hang out, and frustrate the hell out of him!”

It’s time you take the hint. Stop wasting energy on women who aren’t really interested. The amount of emotional turmoil you put yourself through just isn’t worth it.

She doesn’t return your texts or calls

There are times when you get a girl’s number and reach out, only to have no response. Or you might message a girl, she briefly responds, and then suddenly…radio silence.

So you start scrambling for a way to get a reply. You blame your own lame texting skills or hope, “Maybe she didn’t get my messages.” In almost all of my experiences as a coach and as a man: she got your messages and is choosing not to respond. If a girl really likes a guy, she’s going to maintain communication.

I can also almost guarantee that the problem wasn’t your texting. It’s because you didn’t make a strong enough connection in person when you met her. Because if you had, she’d be giving you something to work with now. I’ve seen guys have terrible remote communication but because they sparked a connection in-person, the girl will still engage them over text.

It’s nearly impossible to build attraction or make a women suddenly feel something for you over phone or chat. Next time, work on your in-person communication. It’ll be that much easier to have a girl reply with excitement and to get her out again.

She never commits to hanging out 1-on-1 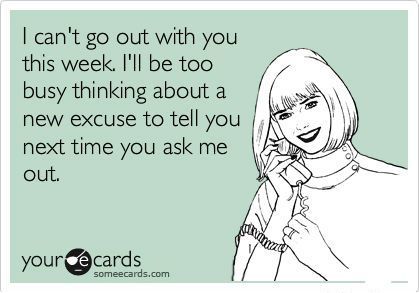 Once you’re talking to a girl, this is the most common form of rejection. You will try to make plans and she won’t give you a solid “yes” or offer a time when she’s available. She’ll always say “we’ll see…” or that she’s not sure when she’s free next.

With online dating, some women will keep saying, “I’d like to get to know you more first.” This can happen even after you’ve been chatting for weeks. That usually means she enjoys your attention but isn’t interested enough to actually meet up.

If you’ve tried 2 or 3 times to get a girl out with no success, leave future interactions up to her. She clearly knows you want to hang out. She can reach out to you if she changes her mind.

She cancels on plans multiple times

I understand unexpected occurrences happen. So if a woman tells you she had an emergency come up, give her the benefit of the doubt. But if she changes her mind on 2 or 3 occasions, she’s not serious about hanging out with you.

This is especially true if she cancels last minute (within the hour) or doesn’t show up at all. In those instances, move on. Women take time to get ready. They don’t all of a sudden realize 30 minutes before your date that they can’t make it. And if she blows you off without giving warning, she clearly doesn’t respect your time.

She started seeing another guy or has gotten engaged

Forget trying to win over women who are with other men. I usually hear this from two types of guys:

2. Men who obsess over a girl they’ve never/barely talked to.

In both scenarios, you feel a sense of loss. You go into damage control mode and try to convince her to choose you.

For #1, you broke up for a reason. And if she’s with someone else, she’s choosing him. Once you’ve made it clear that you still want her, it’s up to her to make a decision. Remember this quote from Swingers, “You can’t do anything to make her want to come back. In fact, you can only do stuff to make her not want to come back.”

For #2, you’re putting this girl on a pedestal. You don’t know her, even if you believe you do. You’re projecting what you want her to be. She’s a real person with her own values, insecurities, and baggage. Drop the false image and find someone you can truly get to know.

She explicitly tells you she has a boyfriend

When a woman you approach or talk to denies your advances due to having a boyfriend, accept it. That’s not some secret sign that she wants you to pursue her.

Don’t try to say you want to be friends while hoping she’ll change her mind. That’s just desperate and not being a real friend. You can only be her friend when you’re ready to be a friend with no ulterior motives.

Why not build a platonic relationship with her and have her introduce you to her friends, become part of her social circle, or go out socializing together?

She repeatedly says or implies she just wants to be friends

Ahh, the classic “friend zone”. Maybe you really like this girl but she’s always seen you as a friend. In fact, she drops hints regularly. Whether that’s talking about how good of a friend you are, telling you she doesn’t want to ruin what you have, or straight-up rejecting your advances. She may even talk about other guys she’s interested in or hooking up with.

Stop trying to convince her logically that she should be with you. Attraction doesn’t work that way. Stop doing things for her expecting her to sleep with you in return — that’s manipulative. Stop spending all your time with her hoping one day she’ll see how amazing you are instead of meeting other girls. And stop guilt-tripping or flipping out on her when she chooses another guy.

These are all needy behaviors. Those actions are not going to make her think about what a great catch you are. They’ll do the exact opposite.

Build an engaging lifestyle that makes you happy. Develop your social circle. Work on your health and fitness. Dress like a sexy mofo. Learn how to approach and attract new women in any environment. Be more assertive and don’t keep hiding about your romantic intentions with women. Otherwise, you’ll always lie your way to the “friend zone”.

These aren’t tactics to make your friend crawl back to you. This is to get over her and realize how many other incredible opportunities are out there.

I see this all the time. A girl is unsatisfied with her current relationship so she begins talking to you. She’ll hang out with you, flirt with you, and even hook up with you. She talks about how unhappy she is in her relationship and how she’s planning to end it.

But actions speak louder than words. The women who cheat on their partners and talk about how miserable they are usually are the ones who won’t pull the trigger. The serious ones break up with their boyfriends before cheating on them.

These women are using you to fill the void in their relationships. And as long as they have that, they won’t change their situation. They may even be doing it to get attention from their boyfriend. Eventually, they go back to their man and “try to reconcile” because they have a history together.

If you really want a relationship with this woman, let her know it can only be with you. Don’t make it an ultimatum but a statement of truth. The rest is up to her.

Plus, do you really want to start a relationship with her cheating? If she did it with him, she can do it with you.

Why chase a person who doesn’t really want you? What does that say about your own value and self-respect?

A quality person doesn’t just desperately want anyone for a partner. They want someone who is just as invested as they are.

“Never make someone a priority when all you are to them is an option.” – Maya Angelou

Need some advice? I don’t want you to feel like you have to do this alone. If you’d like a step-by-step, tailored approach to magnetically attract women and become a more confident, high-value man, let’s have a free, 100% confidential consultation call (up to 30 minutes) to discuss how we can work together.  Schedule your free strategy session here.