The Fast Way to Become a Better, Smarter Person These are people who are inflexible in their intellectual beliefs.

And in this modern world, that doesn’t work. Being inherently smart is not enough. You need to be able to broaden your horizons, decipher fresh information efficiently, and adopt new ways of thinking.

I’m not the smartest person I know by any means. But I feel like I’ve grown at a rapid pace because I stay well-informed, adaptive, and compassionately progressive.

So I’ve developed a framework that helps me learn the truth about the world as quickly as possible to thrive within it. Here’s how you can do the same.

We’re all stupid in many ways

You have to first accept we all know nothing.

Even the brightest people only know a tiny fraction of the knowledge in the universe.

More than that, everything we know about the world is changing. And that change increases exponentially.

No one knows what’s going to happen next and everyone is “stupid” at some time. We’ve all believed in things that we later found out to be false. Every generation has fallen into that pattern — I mean, we used to think the world was flat (and terrifyingly, some people still do!)

Remember when we believed all fats were evil and ate “healthy” high-sugar diets? How’d that turn out?

Remember when there was no way the US government (and many other governments) would create a massive surveillance system to record billions of phone calls, messages, and emails daily? Wait a sec…

Or how about the fake monopoly money called “cryptocurrency”? You know, the stuff 99% of the world believed was a scam.

Now nine years later, you have those same people trying to enter the market after realizing this is the potentially largest “gold rush” in modern history. While many have lost money, cryptocurrency has also made many people more money than any other investment could in their lifetime.

(And yes, I’m aware the market has been bleeding for the last few days. And it’s likely the market will pop because most cryptos are useless and will disappear. But, I still believe blockchain and similar technologies are here to stay.)

Only when you’re humble can you truly accept everything you still need to learn.

How smart people get smarter 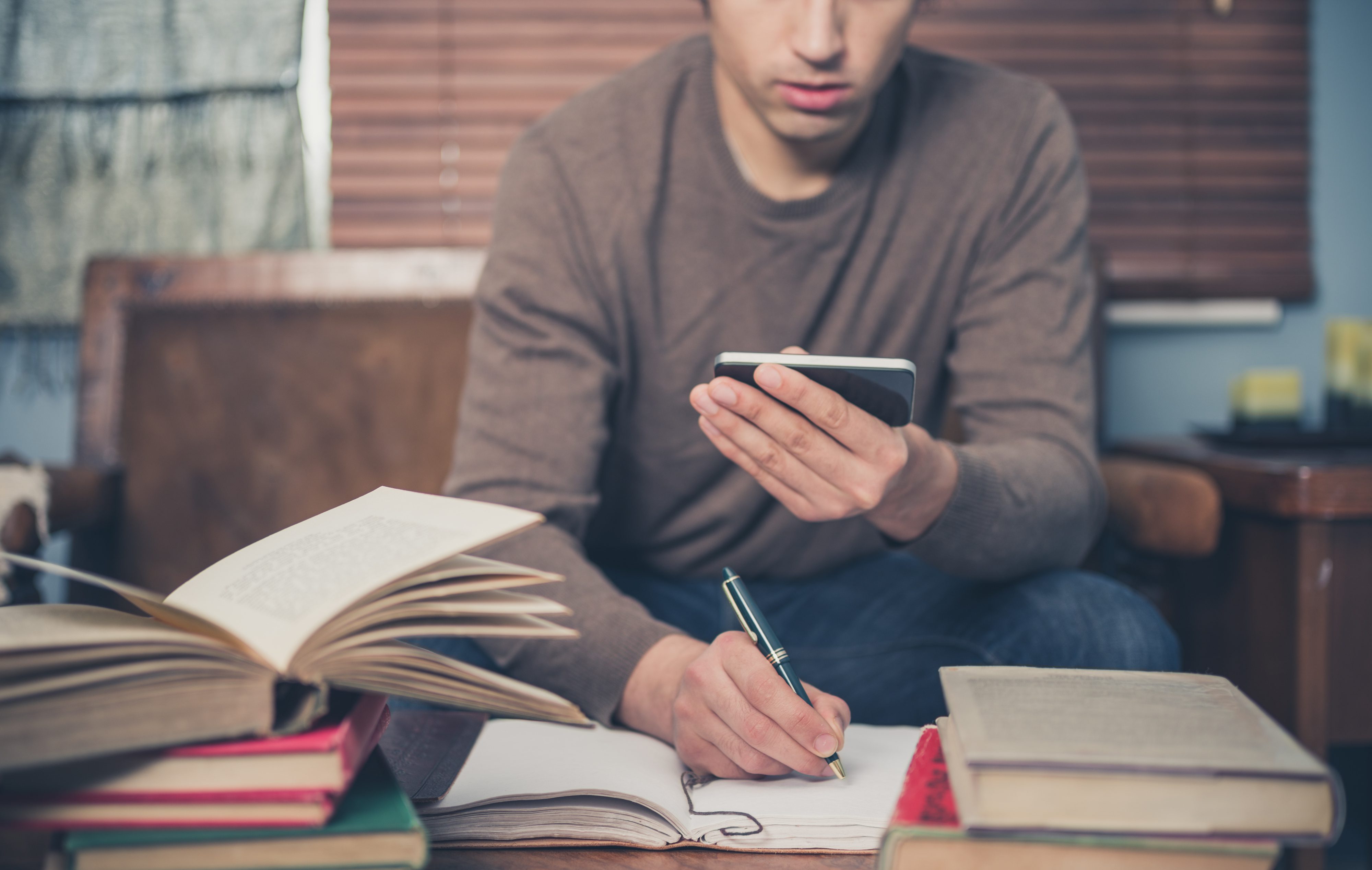 No matter what knowledge you possess right now, at this moment, just remember – the world is going to change with or without you.

And you’ve got to have the right outlook to keep up with it.

If you’re a cynical pessimist, you’ll always assume the worst is going to happen. You’ll be a naysayer and miss out on being ahead of the curve. The world will pass you by and you’ll be scrambling to catch up.

If you’re a naive optimist, you’ll get suckered into almost anything. You’ll be misled by misinformation, propaganda, and wild promises to fix your life or make you happy. Some people go down the wrong path and never recover.

You need to be an open-minded skeptic instead.

This is when you welcome new potential knowledge and seek it out in many forms. But you do so with a critical approach.

Again, you understand that we are all “stupid” in the ever-changing world.

You take in different sources and perspectives. You think rationally about what’s presented to you. You search for concrete evidence that not only supports new ideas, but refutes them.

Then you dissect all that information meticulously until the truth emerges. And even then, you realize that the “truth” may only be temporary.

So you’re always looking ahead to what will be the next truth. You aren’t wedded to what you know now and will still adopt new, better ideas if they emerge.

Why some people stay stupid

Some people never seem to work harder for their intelligence, adopt healthier beliefs, or achieve personal growth. They stay the same person they’ve been for years or even decades.

When you’re like this, it’s usually because you struggle to take yourself out of the equation.

Basically, you let your ego get in the way.

You tie your worth to your intellect and sometimes, being superior to others. Therefore, admitting you’re “wrong” about your beliefs means you’re a failure or less valuable.

So you take new ideas as a personal attack. You get defensive towards anyone who challenges your way of thinking. You hold steadfast out of pride and even put other people down. You become so insecure that you can’t even step out of your own shoes to challenge your beliefs.

Overall, you become fearful of change because you think you’ll somehow lose your identity in the process.

All this means you can’t be an open-minded skeptic. You will instead stay a close-minded fool.

So think about it…who’s the real winner in the game of life?

The person who comfortably holds onto their false beliefs but doesn’t make progress? Or the person who can admit they’re wrong to get smarter and actually evolve?

Seek out knowledge to find the truth, not to pursue your own validation or pride. 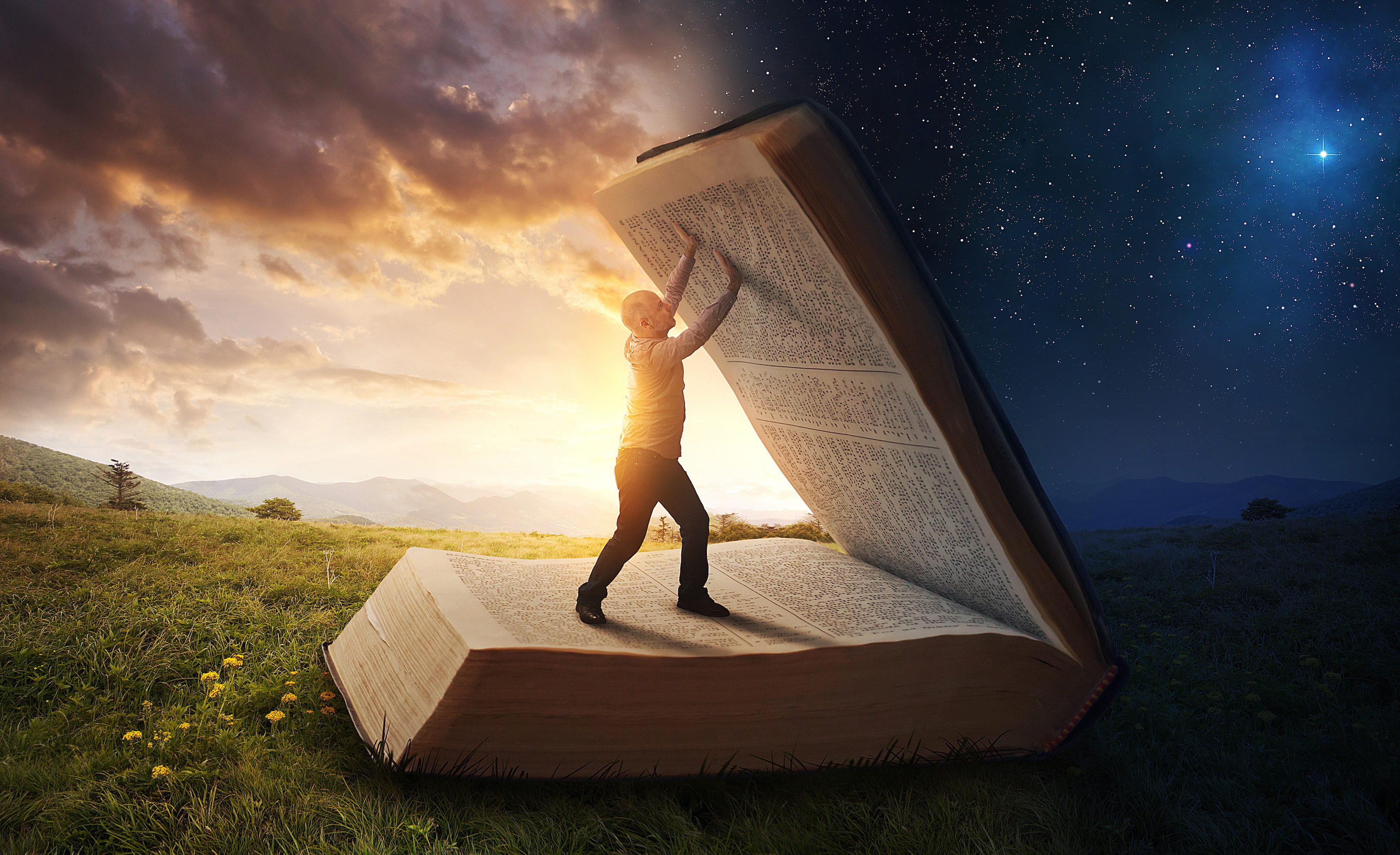 Get multiple perspectives. Read from many viewpoints, including those that oppose your existing beliefs. Seek to understand why other people may have those views, even if they may be wrong.

Explore different mediums to learn from and see what resonates with you: audiobooks, travel experiences, fiction books (if you’ve only stuck to non-fiction), spoken word, random people at the pub, your family and friends, and more.

Many people are afraid of soaking in all these different ideas. But you don’t have to swear by all that data, you just have to explore all possibilities and then whittle them down.

Search for credible sources and validate data as best as you can.

When taking in lots of data, focus on sources that have been known to do their due diligence or speak the truth. That includes people as well.

Search for sources that prioritize the truth over sensationalism. Don’t seek out people who speak in hyperbole just to excite others. Prioritize publications that have a history of credibility, who have apologized when they’re wrong, and who provide easily verifiable data.

Where people often lose sight of verifying data is when they think with their heart. They have an already established belief and will listen to anything that agrees with that.

That’s why you see so many people sharing articles and news stories that are completely fabricated. Or why others get sucked into bullshit conspiracy theories. They don’t take the time to uncover the truth because these sources are telling them what they want to hear.

Supplement knowledge with your own experience.

A big part of being smart is not just absorbing new knowledge, but taking what you know and engaging with the world. There are a lot of smart, “stupid” people who think they understand everything but only sit behind a computer screen.

I try to live by the 2:1 rule. For every hour you spend reading about something, spend two hours finding a way to apply it in real life.

Have no loyalty to your beliefs other than doing good.

Times change, people change, and again, the world always changes. Hold your cherished beliefs close, but always be open to healthier beliefs that lead to more happiness for yourself and others.

For example, when I was younger, I used to be against marijuana. But after seeing that it is an useful alternative medicine for many illnesses, is less dangerous than alcohol, and could be taxed to fund valuable programs — I became a supporter.

Once you you have a deep understanding of a subject, move on.

Being knowledgeable about topics is critical. There comes a point of diminishing returns, though, when you’ve learned enough for the moment and your time would be better spent putting it action or learning something new.

It’s like guys who read the same self-improvement advice (especially dating) for years. They know a million ways to introduce themselves and hold a conversation. But how much information did they actually need to make a connection? Probably a lot less than they thought…and experience would’ve been a better teacher.

Obsessing over subjects can also cause “analysis paralysis”. It’s when you know so much about a subject that you can’t get out of your head to apply it organically. You overthink about everything and it leads to debilitating inaction.

Once you’ve got a grasp on something, seek out new knowledge. You can always return to those subjects later or explore more when new insight naturally comes your way.

Challenge the status quo, but not to be superior or prove others wrong.

Innovators move the world forward. Throughout history, there has always been someone who asked, “Is this the best, most efficient, or most ethical way?”

You have the power to do the same and you should exercise that power. You shouldn’t just always put your head down and accept what’s given to you.

When I first got into the dating industry, every company and every piece of advice was littered with misogyny and being a fake person. I thought there should be a better way to teach others to have healthy connections. So, I started my own coaching style.

But the only way this works is if you give a shit about the betterment of society. You shouldn’t be challenging the status quo to feel superior to others or to convince people you’re right. That breeds a world of arrogance and manipulation.

Learn a little about a lot.

Many people stick to what they know and love. They have a few subjects they’re passionate about and learn everything they can about them. They don’t go outside of their comfort zone too much because they don’t immediately see value in it.

I used to be that way, too. And it was only when I started exploring new interests (such as photography, virtual reality, dancing, hiking, yoga, mindfulness, and dog training) did I realize how much more I could love and be engaged by.

Even if you don’t become obsessed with those new ideas, there’s a ton of hidden value. The best advancements are often made when you combine different mediums, ideas, and schools of thought.

And when you know even the basics on a broad range of subjects, you can hold meaningful conversation with anyone, regardless of their interests or passions.

But maybe the smartest thing you can do is surround yourself with other critical thinkers. Because despite your differences, you can always find a way to have healthy debate and come to an understanding. Everyone comes out a better, smarter person for it.

So why don’t you check out my upcoming retreat? You’ll immerse yourself in a deep learning environment with other like-minded men to develop real confidence and attract the women you want.