Daryl is a seasoned black American musician who’s played with some of the best. He also hangs out with KKK members.

For decades, he’s set out to change the minds of those who hate him most.

Instead of confronting them with hateful words, he sits down with them. Hears their story. Even laughs with them.

By being a good friend, Daryl shows Klan members just how wrong they are about the race they claim to despise. And he’s been responsible for over 200 members leaving the group and giving up their racist ways.

We should all try to be more like Daryl.

A lot of people feel like they’re watching the world burn and want to make a difference.

So I get why they’re so passionate about upholding their values. I get that they start arguments with good intentions. But then everyone picks a side and loathes whoever disagrees with them.

Don’t fall into the trap of thinking there are only two sides to every issue: the right side and the wrong side.

Life is not so black and white. This way of thinking makes you:

It’s easy to get drawn in by this mindset. You don’t need to use critical thinking skills. You don’t have to patiently debate the facts. You just get to say “I’m right, you’re wrong” and congratulate yourself on the win.

But when you’re arguing to prove how right you are, you’ve already lost. You’ll never actually change people’s minds or make progress! Instead, you’ll just further divide us.

When you view others as an enemy you have to defeat, they’ll only see you in the same way.

Instead, you must lead with compassion.

Don’t kill the conversation before it’s even started 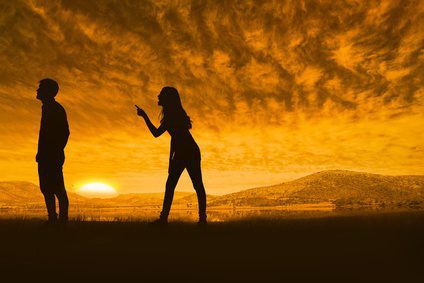 For two people to genuinely hear each other, there needs to be trust and respect. Both parties need to feel like the other is not there to judge or “win”, but to find mutual benefit, if possible.

You can’t force your ideals down someone’s throat. You can’t try to make them feel stupid or insult them. You can’t speak over them aggressively until they cave to your views.

All those avenues just make people feel like you’re attacking them personally. Like you’re trying to hurt them or take something away that they hold dear.

Once people are in defensive mode, they’re not listening anymore. Their emotions overpower their rational thinking.

Martin Luther King succeeded where many others failed because he understood these principles (just like Daryl Davis). If he came out pointing fingers and putting more distance between races, I doubt he would’ve had the same success.

MLK knew that the only way to solve our issues was to bring us together. Because all want the same things: happiness, security, healthy relationships, and love.

If you can recognize and even draw from these parallels, you will help people feel connected to you. They will begin to drop their defenses. And even if you challenge their emotional beliefs, they’ll still be able to think rationally.

That starts by taking a proactive stance to…

Realize we’re not all that different

Just like your set of values was shaped by your family, friends, education, and career — so was everyone else’s. Their values were shaped by their culture, religion, morality, home environment, life experiences, and different news sources.

Most people didn’t wake up one morning and decide to fight against you. They just see things from a different point of view.

More importantly, they’re fighting for what they believe to be right — just like you.

So If you ever hope to change someone’s views, come to an agreement, or even grow yourself…

You must seek to understand and empathize with their perspective.

Why do other people feel the way they do? What brought them here?

Even when you’re certain you have the healthier viewpoint, you have to put empathy first. Because if you refuse to understand the person in front of you, how can you expect to influence them?

Only with knowledge can you present smart arguments that challenge people’s beliefs without challenging them.

Work towards solutions and not just victories

But to actually make lasting progress, you can’t only hope to change everyone else’s minds.

It’s not a sign of stupidity, but strength. Adopt a growth mindset and be willing to change yourself.

Because we’re all wrong. We’re all idiots and fools in the grand scheme of things. We know nothing about this world. In 10, 100, or a 1000 years from now so many of the ways we think will look absurd.

There are so many sides to everything with endless shades of right and wrong.

I have changed my viewpoints on many important subjects in life: talking to strangers being healthy, weed not being evil, what foods are actually good for you, how men attract women, and so much more.

It doesn’t mean you should immediately take other people’s words as dogma. Or that you shouldn’t think for yourself. You can be skeptical but remain open-minded.

The real dunces believe they know everything or are steadfast in their ways. Life is always changing. You must adapt to survive.

These guidelines provide you with best shot at changing anyone’s mind.

Even then, sometimes people will still shut you out and refuse to listen. Or you’ll have to agree to disagree. And you’ll need to accept that’s the best you can do in that moment.

Because people only change when they themselves are ready to change.

All you can do is muster your patience and keep promoting what you believe in the right way. It’s a long battle fought with patience and love, not war.

So please don’t give up. We need more Daryls in this world. 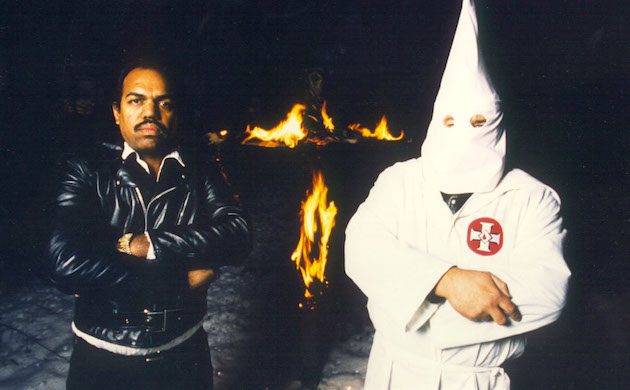 Daryl Davis changing the world one mind at a time.