How to Turn Around a Bad First Impression 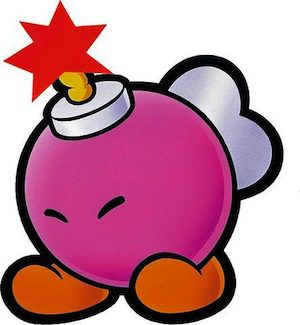 If you’ve been out to a bar or party, you’ve probably encountered a few girls who weren’t so polite. Rather than just a simple rejection, they were straight-up insulting.

There are a ton of reasons why this happens…

Maybe you said something that ticked her off. Maybe you interrupted her conversation with a friend. Maybe she wasn’t ready to be approached. Maybe a guy was a dick to her a few minutes before. Maybe she’d had a horrible day and was stressed out.

Sometimes all it takes is a small misunderstanding (especially when amplified by alcohol) to turn an interaction sour.

Typical pickup advice says to keep deflecting or challenging her. Bust her balls, tease her, and maintain a cocky attitude. In theory, this isn’t a bad starting point. Often, saying a few witty remarks is enough to get her to ease up.

But what about those situations where it doesn’t? Where you’ve exchanged a few lines back and forth and she’s only getting more pissed off?

That’s where many men fail. They don’t want to back down and keep pushing the issue instead of diffusing the situation.

Over the years I’ve learned that people reciprocate behavior. If you’re being kind of an asshole, others will protect themselves and retaliate in a similar fashion. If you keep battling a girl, it’s hard for her to drop her defenses and admit she’s in the wrong.

Eventually, neither party concedes and you walk away thinking she’s just a “bitch”.

Instead, the solution is to be the bigger person and kill her with kindness. Break the tension and use it to your advantage.

My point is that not everything is black and white. Just because a girl is in a crabby mood at a given moment doesn’t mean she’s a “bitch”. Do you know how many guys grope, cat call, or creep on attractive girls during a given night out? They wear that social shield for a reason.

Don’t assume the worst in people, we all have our bad days. A confident man rises above animosity and doesn’t resort to hurtful tactics. Have the self-respect to stay calm and walk away if necessary.