How to Choose Environments That Give You a Romantic Advantage Our surroundings subtly impact our everyday life. Different environments have different effects on our state of mind.

When I write, I like background noise and activity. So sometimes I work at coffee shops because if I’m alone in my house, I can find it difficult to be creative in total silence.

When we get fired up about politics, online environments allow us to be more direct and even insulting than we would be in-person. People say things they’d never say to someone’s face.

When we go to a restaurant, the decor, lighting, and music dictates our mood. We’re more likely to feel intimate with someone in a dim room by candlelight than in a bright, fluorescent strip mall.

When we’re trying to make meaningful romantic connections with new people, the right environment is key.

Think about the most common places for finding new dates – online apps and bars/clubs. They probably feel safe and socially acceptable for meeting new people.

But…are they really the IDEAL environments to meet your future significant other?

To me, I think using these avenues is like setting a video game on the hardest difficulty. You can win with a lot of perseverance and luck. But with your limited time as an adult, is it the most efficient, effective, and enjoyable way to play?

So instead, prioritize environments that work to your advantage. Choosing the right surroundings will boost your romantic chances, help you meet compatible people, and encourage others to open up to you in a real way.

Environments based on commonalities

Finding common ground can make two strangers feel like they’re part of a tribe. It’s why we seek out communities based on similar values or interests.

If we talk to someone at salsa class or on a ski trip, we assume they must be somewhat like us. They spend time thinking and participating in something we feel passionate about – so they can’t be that bad.

We’re more likely to give people with similar interests a chance. The barrier to starting conversation is much lower.

When you have nothing in common with someone, you’re just another one of seven billion strangers to them. They’re less likely to feel immediately drawn to you and will be more hesitant about getting to know you.

I had a client who was frustrated with online dating. He felt many women had little content on their profiles to connect with. So one day he told me about a woman he wanted to message via LinkedIn.

Initially, I was hesitant. LinkedIn is for business and I didn’t want men to start treating it like a romantic playground. But then he told me more about the specific woman he wanted to message.

They were both in a niche science field. They were deeply passionate about it even outside their day job. They wrote papers, attended conferences, and shared content online about their specialty.

I helped him message her and within a week, they met up and started dating. I couldn’t believe it. Since then, I’ve known many couples who met through social media and it’s often because they had something they could immediately connect on.

Environments with your friends or extended social circle 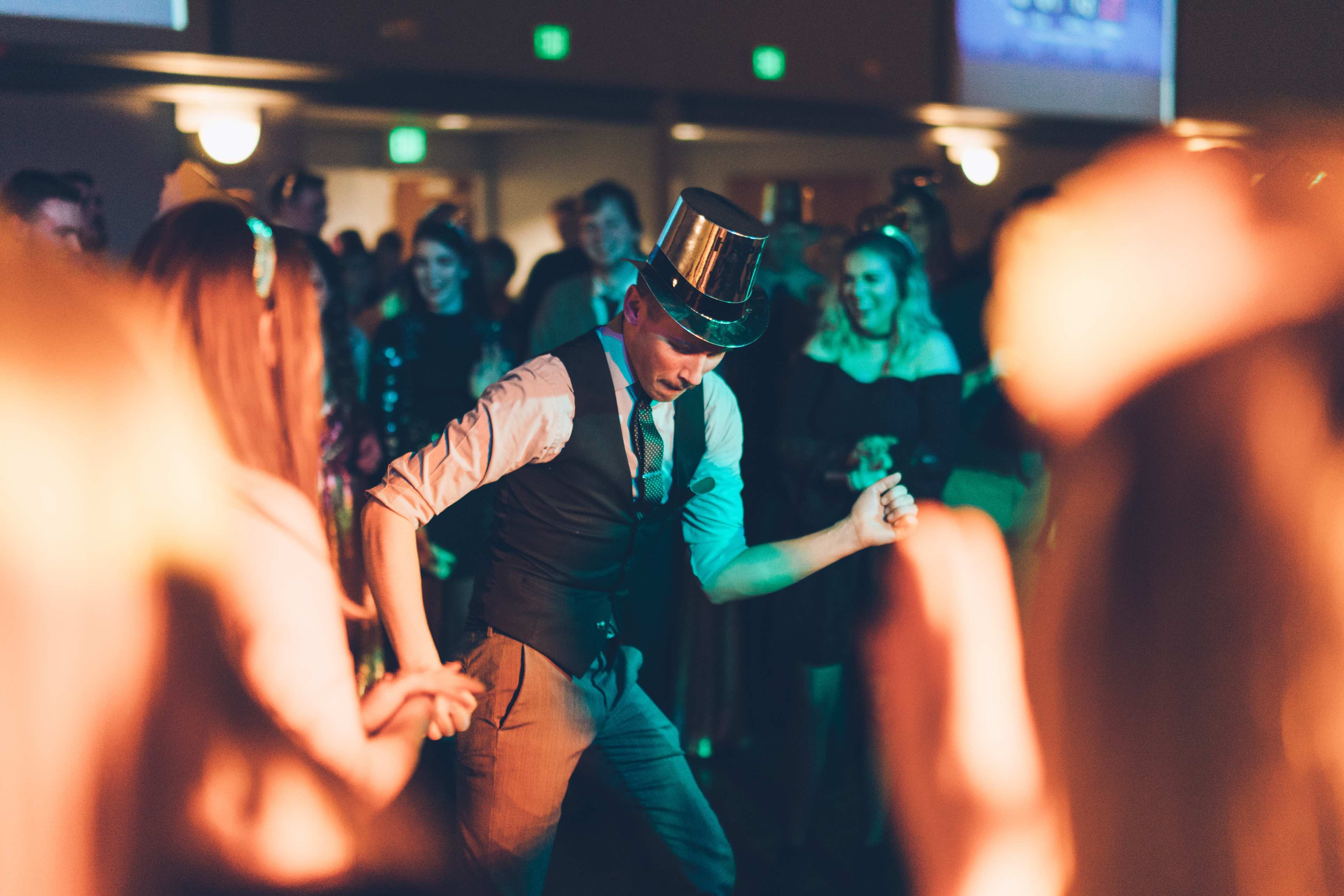 We value the insight and opinions of our friends. I bet there’s a book or show you’re obsessed with that a friend originally recommended.

We also trust our friends’ judgements about other people. If a friend thinks someone is cool, we’ll give that person a chance, too.

So look for environments where you have a common social connection.

Once a person finds out you’ve got a mutual friend, they will be more open to meeting you. They’ll be warmer and more patient in trying to connect with you.

No one wants to be a jerk to someone in their social circle.

At a public venue like a bar, people don’t have that same consideration. They can be more standoffish and in rarer cases, outright rude, without concern for the consequences.

The strongest form of using social connections is a personal introduction. If you see a friend talking to someone you want to know, ask them to introduce you. A positive, personal referral is worth 5 cold introductions to strangers.

Environments where you already have value 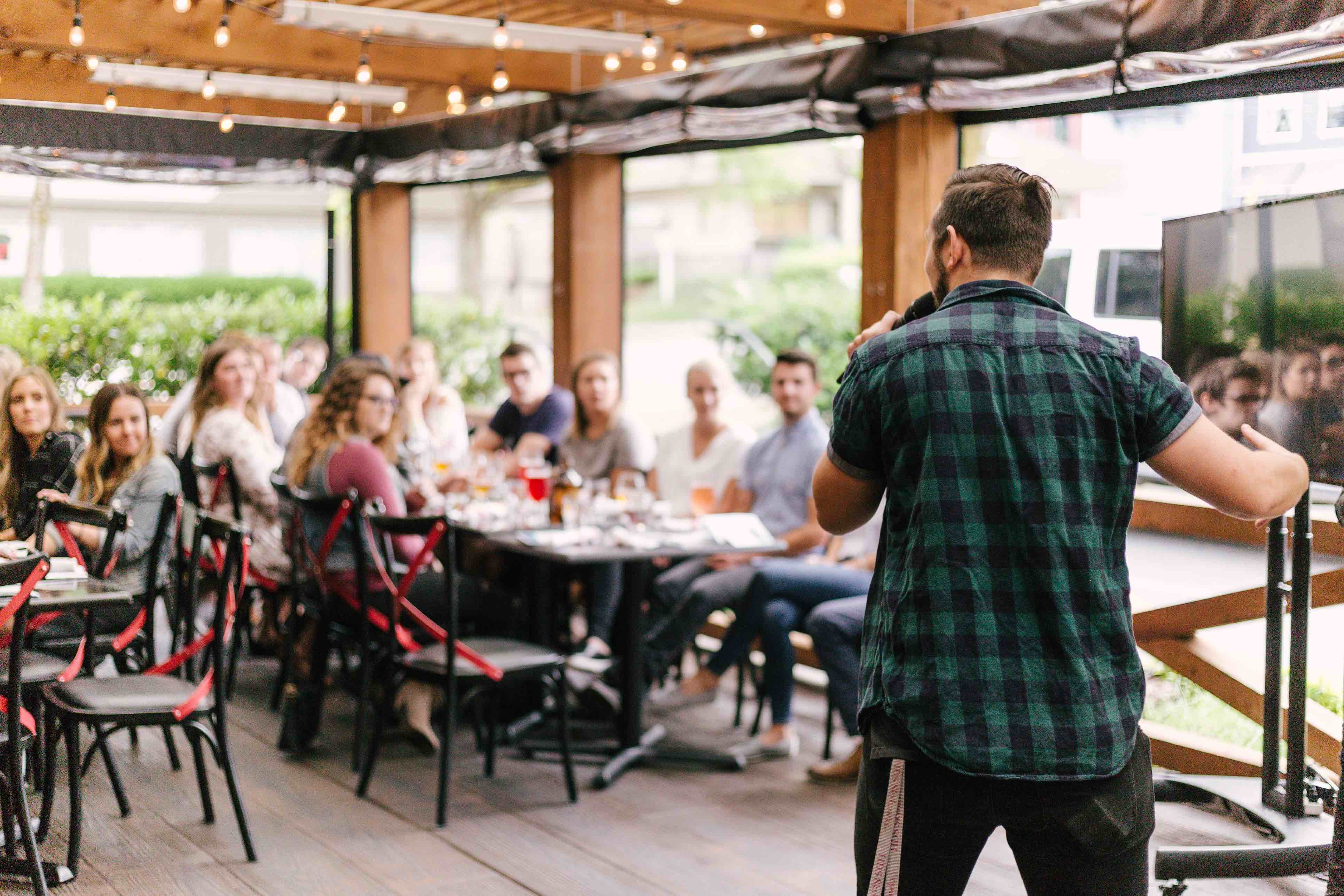 Social proof is a psychological and social phenomenon wherein people copy the actions of others in an attempt to undertake behavior in a given situation. (Wikipedia)

So just like we trust our friends’ opinions, if groups of people see a stranger as valuable, we’re more likely to admire them, too.

Think about a random singer at a small venue. Nobody knows him. Yet you’ll notice tons of women trying to get his attention and talk to him. If he gets off stage after his set and walks over to the bar, he’ll often get mobbed by people.

He sang songs and gave people a good time. He immediately has status in that room. You can accomplish the same thing in a variety of ways:

Environments where you’re rare or unique 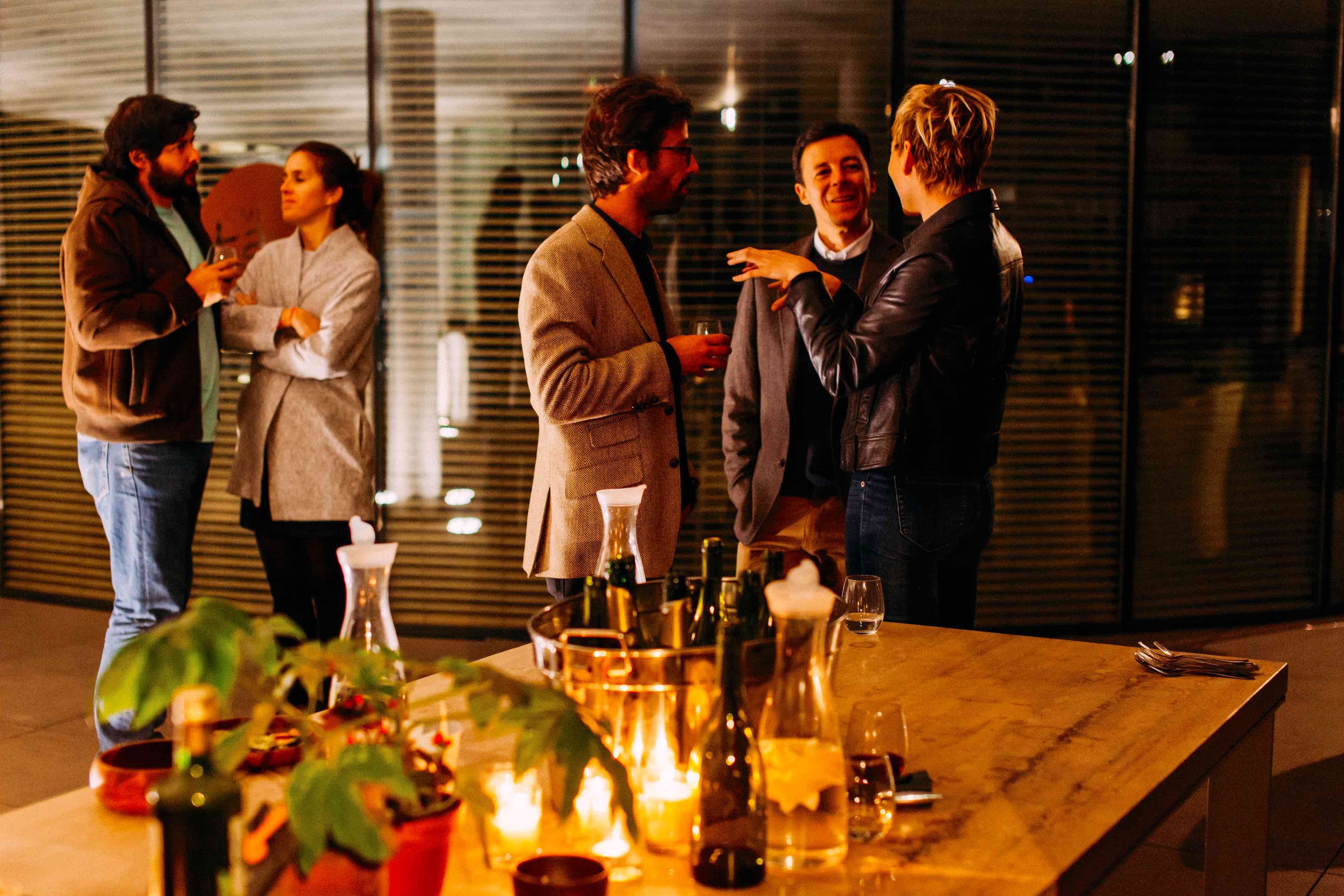 When we have too many options in life, we can struggle to choose between them. This is called “choice overload”.

Platforms like online dating enable us to rapidly connect with more people than ever before. But, it comes at a cost.

You talk to dozens of people at once. You constantly compare your options. You commit to meeting up with only one foot in, just in case someone else better comes along. And when it’s time to meet, you back out because you know there will be another opportunity around the corner.

But in environments where options are limited, you weigh each option more carefully.

Find avenues where you’re a scarce resource that people want. If you’re one of the few single people or one of two guys in a class of women — you’re a hot commodity.

I first noticed this at small gatherings like dinner and house parties. Even though there might only be 5-15 people, the conversion rate of the single people who were interested in each other was ridiculously high.

Compare this to a bar in a major city. There might be hundreds of people and some guys will talk to half a dozen groups of girls or more. And yet, only a handful of people will end up getting together. The rate of connection is substantially lower.

This principle works for making friends as well.

I’ve taken classes and group tours around the world. If you and someone else are the only people under 35 there, you always gravitate towards each other. The options to connect with someone of the same age are so limited, you look past differences and make an effort when you maybe wouldn’t otherwise.

Examples: smaller dinner/house parties, classes/hobbies where you’re the rarer sex (salsa, for example, has a high ratio of women to men) 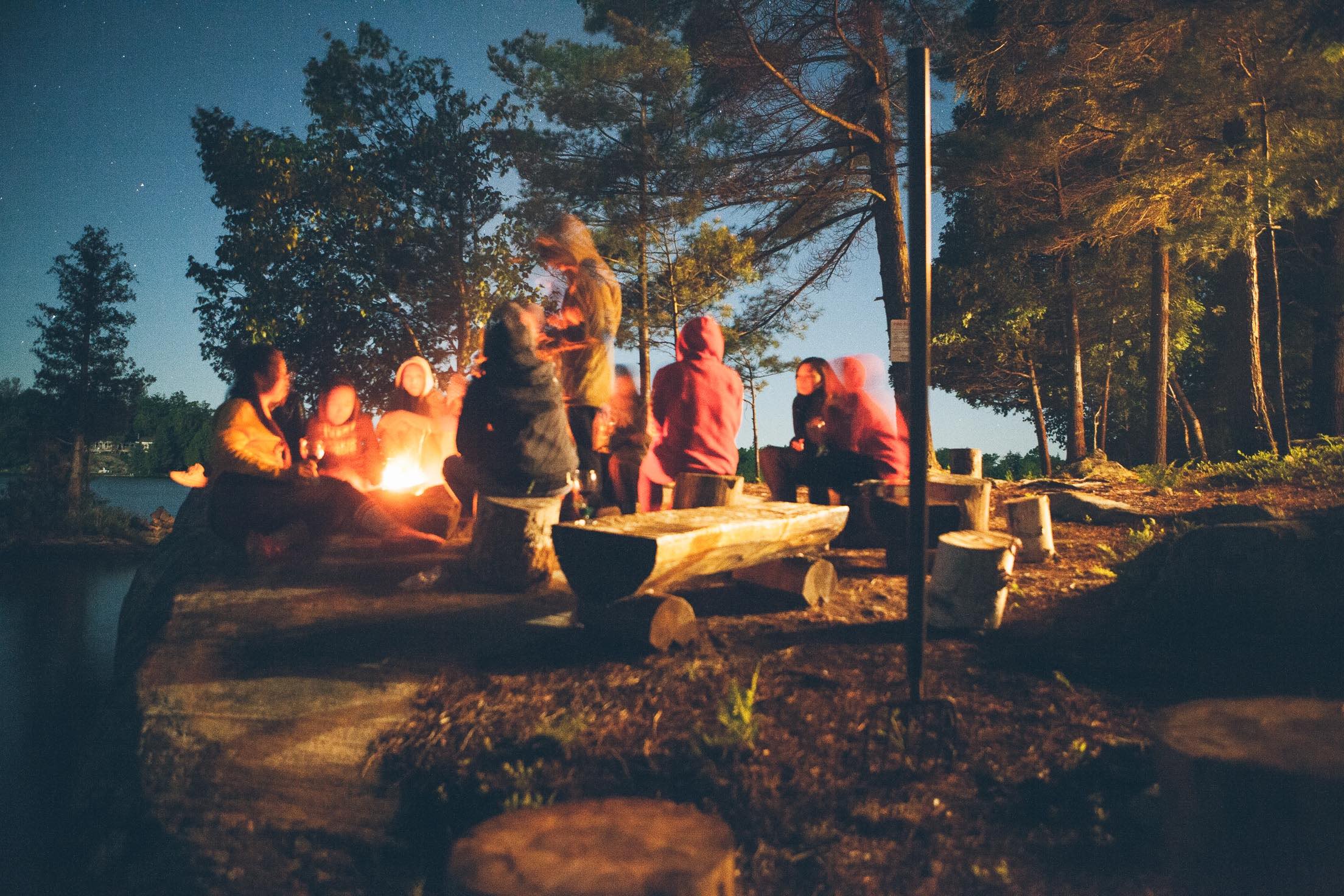 So goes the idea, “What happens in Vegas, stays in Vegas.”

This phenomenon works the other way around, too.

If you’re going to be around the same people for hours or expect to see them again soon, you know you can’t treat them poorly. You can’t be a dick to someone in your three-hour-long cooking class or else things will get real awkward and tense, real fast.

So instead, you try to be cordial and casually engage them. You allow yourself to get a little familiar with them and as we know, familiarity breeds fondness.

I’ve seen this play out in many work environments like restaurants or corporate offices. People see the same co-workers day after day. Even if there’s only a small group, people start getting together.

Anyone who’s worked at a place like TGIFridays will tell you it’s just a who’s who of hookup stories.

I also see this at my retreats. Eight total strangers get together from various walks of life. In normal circumstances, many of these people might never become friends with each other. But because they’re spending four days in the same house working towards a common goal, they find ways to connect and often end up forming tight-knit bonds.

Don’t make meeting someone unnecessarily hard for yourself. Put yourself in the right places and half the work will be done for you.