I grew up during the baby stages of the world wide web. I’m talking AOL 2.0 CDs, Lycos searches, and my Dragon Ball Z Geocities page.

The internet helped me communicate with people around the world in ways I never thought possible. It’s beaming my voice to you right now.

The internet is arguably the most impactful technological creation of my lifetime.

Over the years, though, I’ve watched our internet communication become more disrespectful, spiteful, and full of hate.

I believe it’s taking a toll on us as people. It affects our ability to empathize, makes us weary of others, and kills healthy social skills.

I don’t think we were meant to communicate this way. And if we don’t work to fix it, the consequences will be greater than we can imagine.

The evolution of our hateful communication 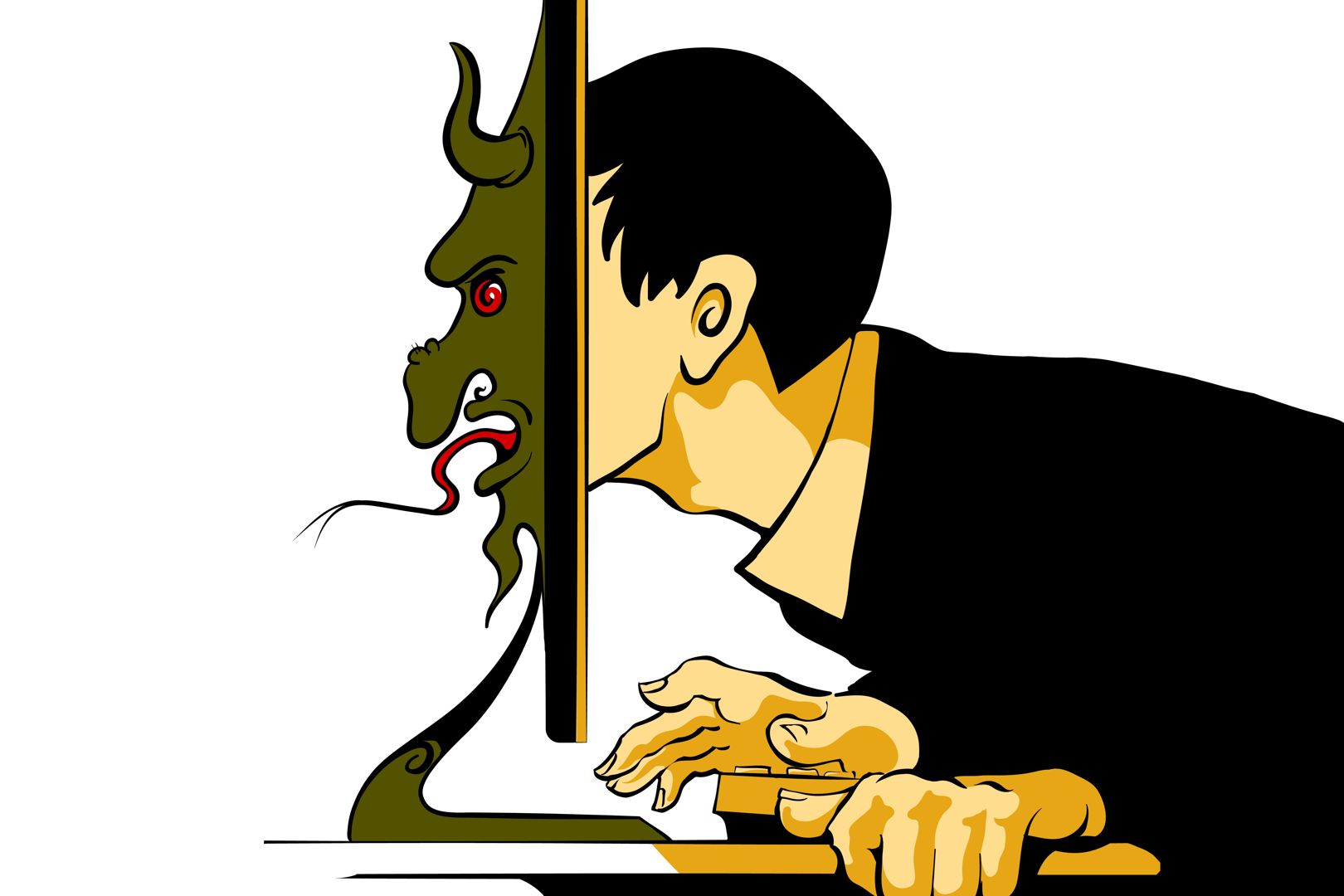 I don’t think the internet itself is at fault here. It didn’t necessarily cause people to be meaner and more verbally aggressive. It just provided the first safe, anonymous platform for us to hurl insults at one another (other than *67 prank calling.) And that anonymity was POWERFUL.

As a young kid, I remember seeing all sorts of vulgarities spewed in chatrooms and message boards. When I started playing online shooters, talking shit and calling people “faggots” was second nature.

I’ll never forget being at my Haitian friend’s house watching him play an online game. Suddenly, a southern boy screamed out, “Is that a n***er? I’m gonna lynch your ass like you deserve.”

Even then, this was still part of the incognito internet subcultures. It mostly happened on niche websites and communities.

Since then, haters have exploded into the mainstream. Year after year, the vitriol has spread and become less anonymous.

Google tried to stop the anonymous attacks by forcing people to use their real names. It didn’t curb the problems as they expected. Now, people attack people in the most vile ways possible with their real identities on sites like Facebook and Twitter.

I used to believe it was anonymity that brought the worst out in people, but that’s not true anymore. Now we’re in an era where we’ve blown past the need for anonymity to treat others like shit. Every site, social media platform, and community runs rampant with this behavior.

And that’s what scares me the most. We need to take action now to start improving this. Because it’s affecting everyone: whether you’re the victim, perpetrator, or watching from the sidelines.

If you want to treat people poorly online, you better back it up 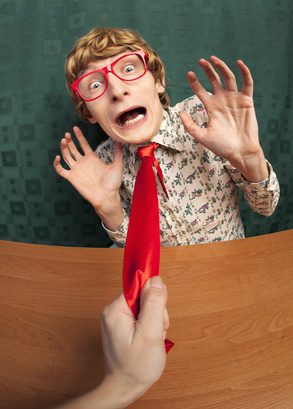 To those who berate others online…

I’m a big proponent of free speech. I’d be a massive hypocrite if I said you don’t have the right to express your feelings about someone.

This obviously doesn’t apply when things get into more extreme forms of harassment, bullying, or stalking. Like the people who private message someone for weeks or make actual threats.

If you’re implying harm to others and making them fear for their lives, you’re getting into illegal behavior. Just like in life, that should be taken seriously and the law should be involved accordingly.

But if you want to tell someone you think they’re a “giant douchebag loser”, you have the right to do so.

At the same time, I believe you have to earn that right. Let me explain…

I can accept you expressing your dark thoughts to someone online if you’d say the same thing to them in-person.

Imagine they were right in front of you, whoever they may be (including a 6’4” big dude.)

If you wouldn’t have the courage to insult them to their face, you haven’t earned the right to say it. If you would, then go right ahead.

That should always be your filter. I honestly believe if everyone started there, over 90% of shitty internet communication would disappear. Because the people who are often the most bold online lack the courage to follow through in the real world.

Bystanders need to stand up to the haters 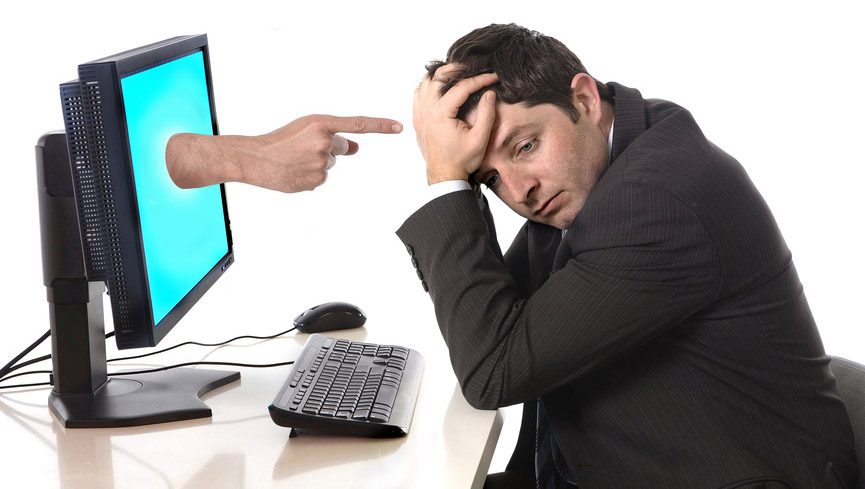 Shame on you man

I don’t only blame the people mistreating others online. I think everyone who stands by watching the attacks is at fault, too.

We allow this behavior to continue. Many just laugh at these exchanges, egg them on, or ignore them altogether.

It’s become so commonplace to act as if it’s no big deal. But other people are being hurt, becoming terrified, and building distrust and apathy towards our fellow human beings.

Would you stand around and let real-world abuse happen in front of you? No. In fact, every time someone posts a video of a person randomly berating someone in public — crowds come to the rescue.

We have to treat our online communication as if it were the world we live in.

As a whole, if you’re the one being attacked, you should start by ignoring those messages. This will deter some people.

But sometimes we need to take more action, especially if you’re witnessing it happen to someone else. Because we’ve seen time and time again some people are relentless and will never stop.

There are thousands of exchanges posted all the time where someone gets harassed for months or even years by a troll they’re completely ignoring.

I also don’t think how some social justice warriors speak up is the right way either, although I appreciate the effort. They try to insult the harassers, threaten them as well, or try to force them to stop.

This makes those attackers feel like they’re being attacked or controlled. And since much of their behavior stems from insecurity or repression, they get defensive and want to push back even harder.

You also can’t tell them to stop (unless it’s bordering on illegal). Again, they have the right to express how they feel even if you don’t agree with it.

Instead, we need to express our own feelings on their behavior. We need to share our utter disgust and how we find this behavior revolting. We need to let them we know we think it’s disturbing and that they should seek help for their issues.

And we also need to let them know that if they continue this behavior, they will always be an outsider shunned from society.

I may even go as far as sharing their public words to their family, friends, coworkers, and loved ones. Few people want the people they care about to see them in that light.

This is how you cut through the hate. Being ousted from society has worked forever: in religion, social communities, and the worst thing we do to someone now is lock them in prison away from the rest of humanity.

There will always be sinister individuals who this doesn’t affect. But this is our best chance of changing things. When your peers all look at you with disdain, regular people are filled with a sense of shame for their behaviors. They could use that self-reflection.

The haters are actually causing their own misery 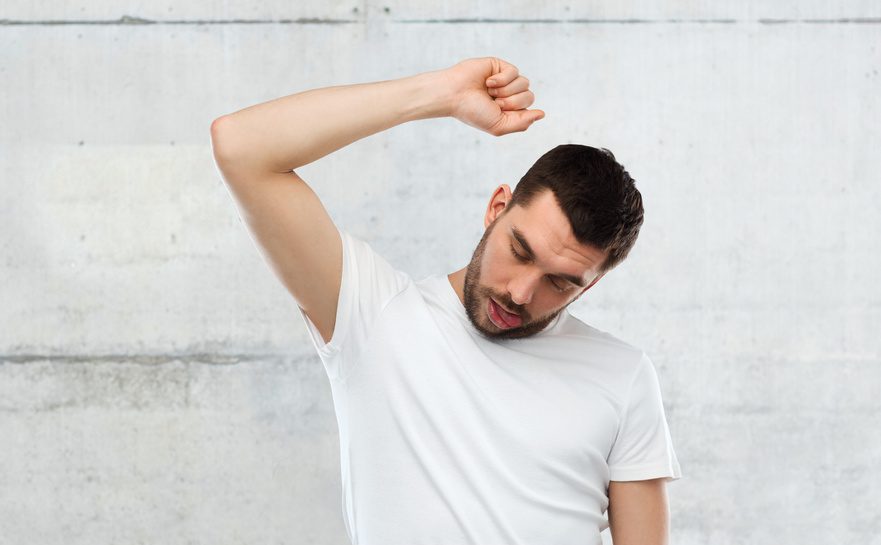 Now I’ve given my opinion on how everyone should be changing online communication habits. But that doesn’t mean the perpetrators are going to stop their bad behavior.

For that to happen, they have to actually want it for themselves. If you’re someone who lashes out online, maybe this will change your mind…

Sometimes the biggest victim in this is you…and you don’t even realize it.

Being an online hater builds poor social skills which leads to social isolation. It’s not a coincidence that the people and communities who are the most insulting tend to struggle with in-person social situations. Anyone who’s been to a Reddit meetup can attest to that.

If the only way you handle discussions and differences is with insults, you’ll be harshly rejected in the real world. You can’t approach face-to-face interactions like that. This is a huge factor why you struggle to express yourself when not behind a screen.

When you force yourself to debate in healthy ways, provide positive criticism, and respect people — those skills translate to in-person. You don’t have to act differently and will have an easier time building genuine connections.

Still, maybe you believe that people need to toughen up. Or that what you’re doing is not a big deal. Maybe you just don’t care that much at all.

It’s easy to feel that way when you can’t see the genuine damage you’re causing. It’s easy to detach from others behind a screen. It’s also easy when it seemingly doesn’t affect you.

But your actions do have real-world ramifications.

I spoke to 30 women a couple weeks ago about online dating. The #1 concern I heard was about safety and the fear of meeting up with someone unknown. They had seen examples of, heard from friends, or experienced themselves — situations where men were lewd or even threatening.

They were terrified that something awful would happen to them. In reality, scary in-person experiences from online dating aren’t as common as they seem. But perception is everything.

In turn, these women were hesitant to meet up with new men. They’d want days or weeks of conversation for reassurance. And they’d cancel on plans out of fear or go into the date assuming the worst.

Let’s say you’re a resentful guy insulting women because you’re frustrated about the times you’ve been flaked on. Do you not realize that it’s partly that antagonistic behavior which cultivates your shitty experiences?

The same is happening in the political sphere.

Democrats and Republicans have always had a slight distaste for each other. But now everyone viciously attacks each other online to the point where I constantly meet people in-person who are openly hateful of the other side.

I witness groups of Republicans blanketing all Democrats as “idiot, pansy liberals destroying the country”. I see smart Democrats calling all Republicans “racist, misogynistic, homophobes.” They fear and loathe each other like enemies when they’re just fellow human beings with different views.

Even my 11-year-old nephew can’t join Minecraft or stream on YouTube without getting seriously disturbing messages sent his way.

Some people will adopt a mindset of “I have to be in this for myself” and start to detach from others. We’re systematically pushing people to be less empathetic. We will create a cold, callous world filled with weak connections and endless social rejection.

Unless you want to watch the world burn, you have to live in this place with the rest of us. How you treat others will affect how people treat you and others in return.

You get what you give.

Give hate, receive hate, and live in a world of hate.

Stand by and watch people insult others and you only encourage that notion. You’ll eventually be next.

Work to change your unhealthy behaviors or take a stand to support the targets of harassment and we’ll all find more happiness.