Teasing gets a bad rap.

Many men avoid teasing women they like because they’re worried about offending them or coming off like a total jerk.

These are valid concerns. A lot of “pickup” advice used to teach you to give backhanded insults (negging) to look like hot shit. You were told to be overly cocky and aloof while doling out demeaning comments.

All of that is an unhealthy approach to teasing.

When done well, teasing can be a great way to bond with someone. Most of us have engaged in some form of it since childhood. We lightheartedly mocked our siblings. We ribbed our best friends and teammates.

In dating, poking fun or challenging each other can be fun and exciting. It’s a way to show interest (aka flirting) and build sexual chemistry.

You just need to go about it the right way.

The difference between good and bad teasing 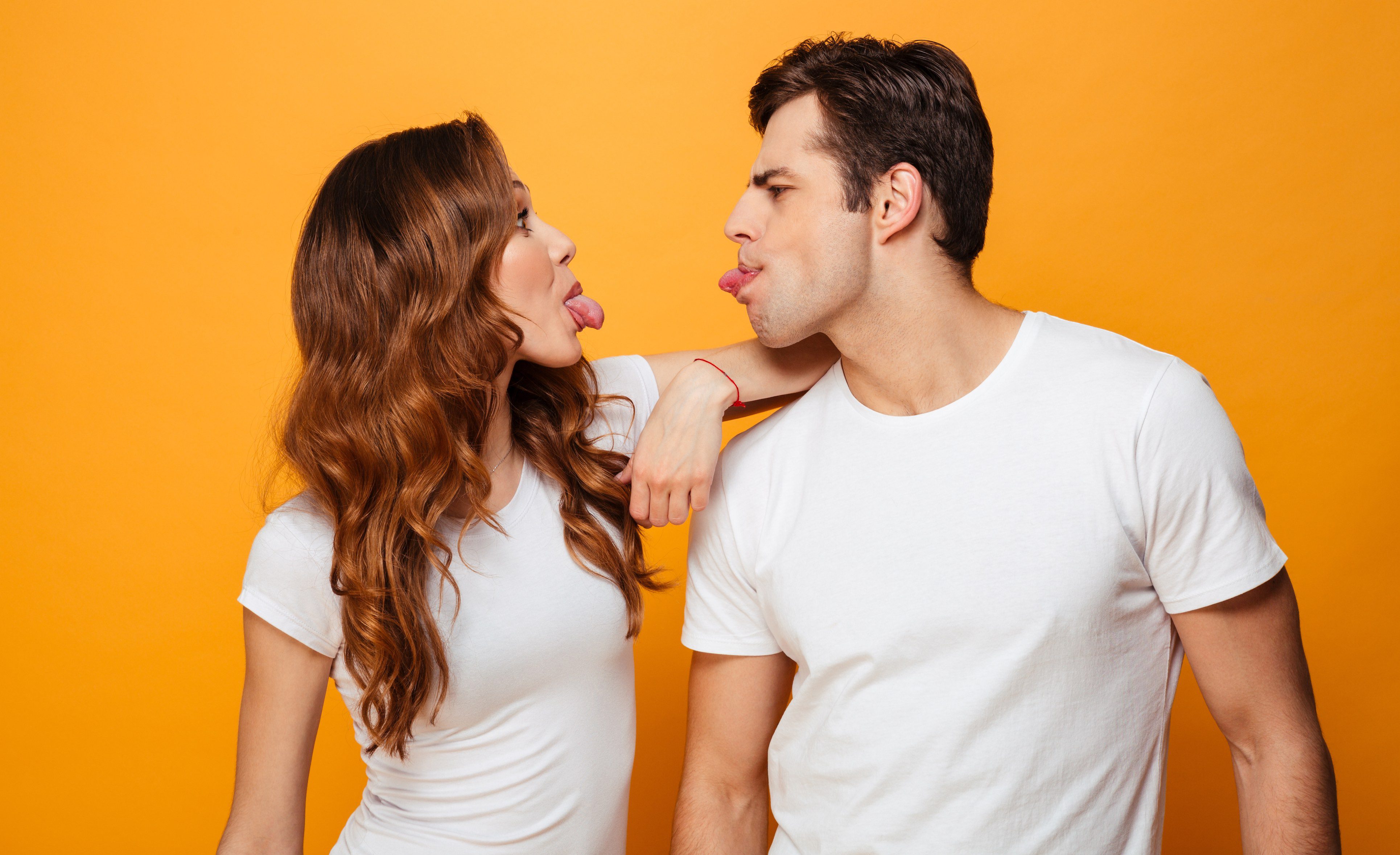 What’s the difference between good teasing and bad teasing?

It all comes down to intent: yours and how it’s perceived by the other person.

Good teasing comes from wanting everyone involved to have fun. It should be playful and geared towards building connections. Bad teasing comes from a selfish desire to gain approval or avoid rejection. There’s usually an underlying motive to put the other person down so you appear more valuable.

Now while you have control over your intent, you can’t always control how someone else will perceive that intent. So your best bet is to use a combination of awareness and good judgment.

The do’s and don’ts of teasing

In reality, though, it’s not that hard to avoid teasing a woman in a way that will upset her.

There are a few simple do’s and don’ts that usually create positive experiences for everyone.

Do tread carefully with teasing about something permanent or that they want to change.

We all have things that we feel insecure about and wish were different. They often revolve around our physical appearance, race, or socioeconomic status. This could be our weight, nose, height (especially with women who feel too tall), cultural stereotypes, or impoverished background.

These are sources of pain. These women may have struggled with them for years. They may have had people judge them for it. They’re especially touchy because there isn’t much they can do to change those things.

Unless you’ve built a lot of trust, which takes time, I’d advise you don’t tease on these subjects to start.

Don’t tease when they’re opening up to you about something personal or meaningful. 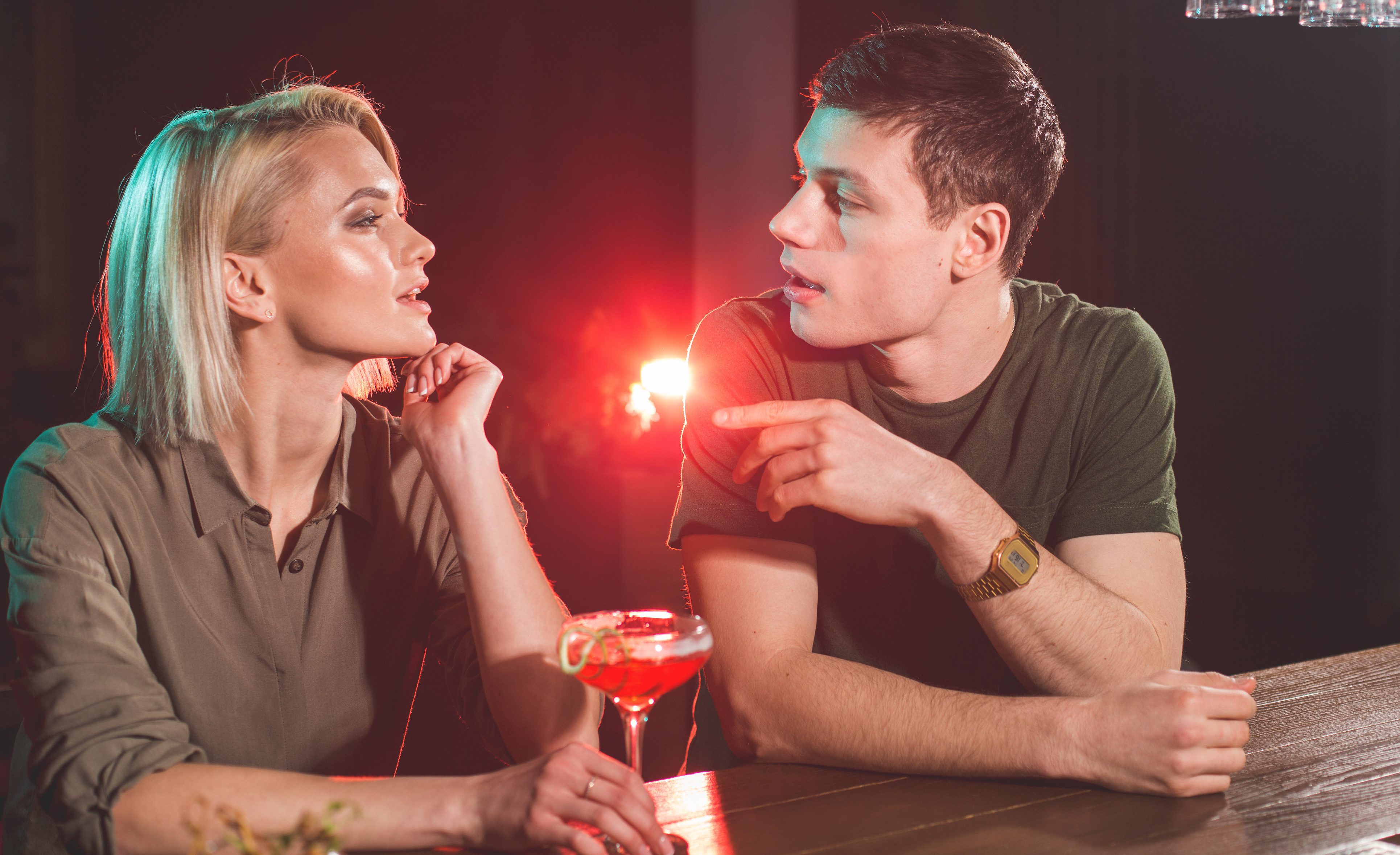 When a woman shares something she holds dear, she’s being vulnerable and trusting you. It requires courage for her to reveal personal details about herself.

This could be about her family, childhood, religious/spiritual beliefs, career she loves, pets, children, or achievements she’s proud of. These are things she values deeply.

For example, maybe she shares that she put herself through school when no one believed she could do it. I wouldn’t immediately start saying she only passed her classes because her professors liked her looks.

The worst thing you can do is immediately make fun of her about any of that. She’s too exposed and raw. Even if you mean no harm, it can make her feel stupid for telling you those things and decide to close herself off from doing so again.

If you want to tease on more touchy subjects, focus on the non-personal elements. For example, she tells you she’s Catholic. Don’t say, “Awww, I bet you still believe in fairies, elves, and Santa Claus, too?” I would instead say, “Does that mean you’ll smack me with a ruler when I act out?”

Do tease in a sarcastic way that actually reinforces how awesome she is.

We value whatever we work hard for. We’re proud of those accomplishments because we had to earn them. It means a lot when people appreciate us for that.

For example, a girl tells you she’s passionate about medicine and is going to school for neurology. You could tease her with, “Wow, I didn’t realize you were so lazy and decided to take the easy route in life, huh?”

It’s obvious that she picked a ridiculously challenging career path. So the underlying idea is that you’re showing her you recognize how motivated and disciplined she must be to pursue that. It’s actually a subtle, clever way to compliment her for her personal strength.

This can be tough to balance. But when done well, it can be extremely powerful.

Do tease when it’s something temporary or surface level.

When we tease about something that’s not tied to someone’s worth, it’s easier for both parties to have fun with it. It’s seen as a joke rather than a personal insult. It’s also less likely to trigger a defensive response.

This could be teasing her about a hobby, guilty pleasure, embarrassing story, or casual opinion she has on current events.

For example, maybe she loves her hometown of New Orleans. You don’t want to laugh that her house probably floated away during Katrina. Instead, you poke fun that her whole family probably consists of a seven-piece jazz band. Or you ask her if she has a reflexive instinct to start screaming at the mere sight of beads.

Do occasionally use exaggerated tones (either too much or deadpan), expressions, and gestures. 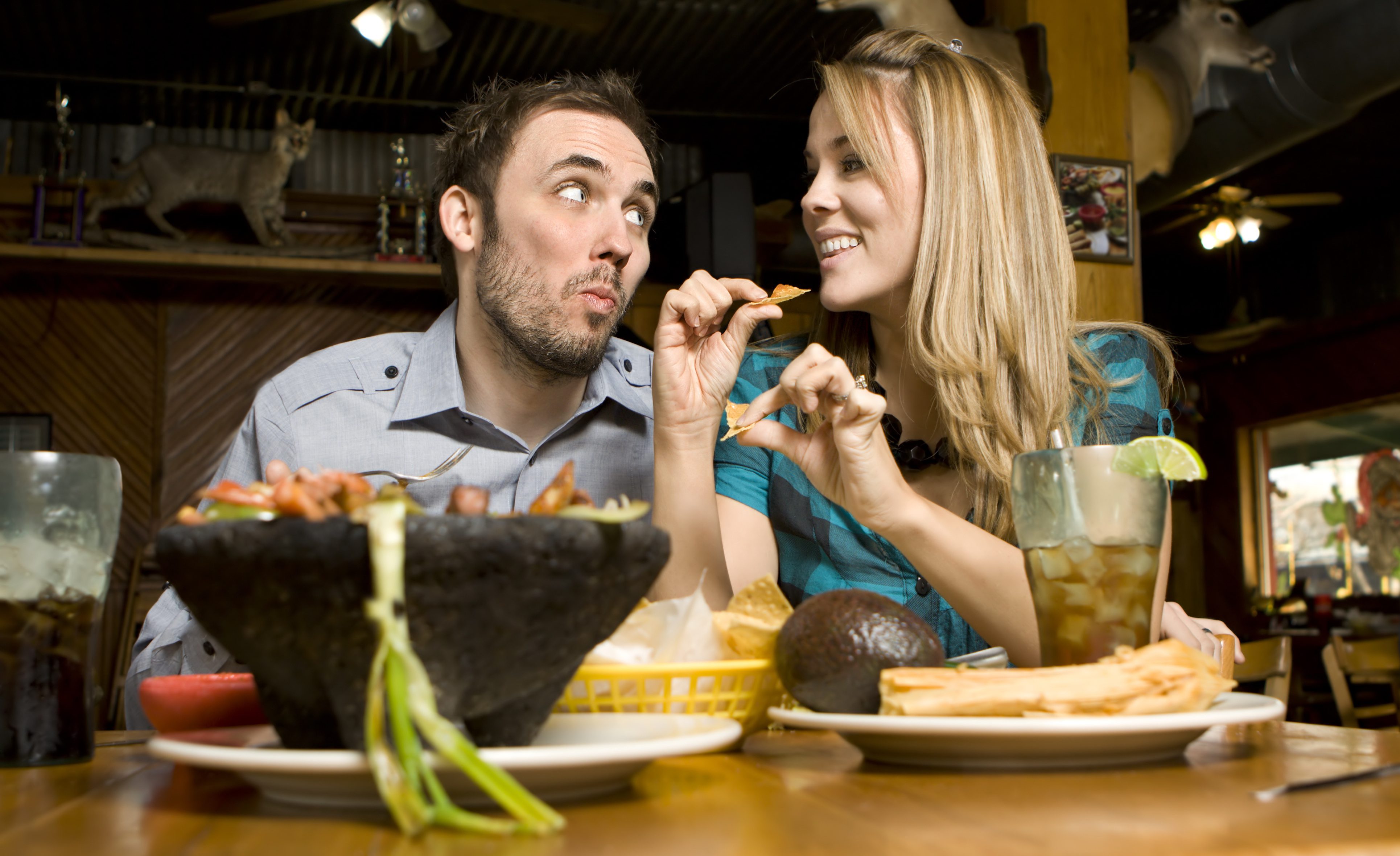 Our non-verbal communication tells others how we really feel. If you’re worried about a tease coming off the wrong way, then you just need to be more obvious that it’s in good spirits. It’s when things are ambiguous and said normally that can make someone question your intent.

You can do this by raising your eyebrows or your vocal pitch. You can have a big grin. You could use an eye roll. You could wag your finger while you deliver your words as if you’re mocking her. You could raise your fists to jokingly challenge her to a fight.

She’ll understand that if you were being serious, you wouldn’t be adding in those over-the-top cues.

Don’t tease in front of her friends or other people until you’ve earned that trust and comraadery.

When you’re teasing each other 1-on-1, it’s a controlled environment. It feels like a safe, shared experience between the two of you. When you tease someone in front of other people, especially friends, you add an unknown variable.

She could feel like she’s being demeaned in front of others. She doesn’t know how her friends are judging her from those teases. She might be worried that they think she chose a jerk. And she can’t easily put a stop to it without it being obvious and awkward.

All in all, it comes off inconsiderate and socially unaware.

I would only tease in those situations after you’ve spent a good amount of time together and have a strong, intimate connection. And do it when everyone else is joking around with each other so it becomes natural to join in.

Sometimes you might find something to tease a girl on that’s really clever or funny. You get her laughing hard. So because it’s working, you decide to keep rolling with it.

But every joke has a life expectancy. It’s funny the first couple times, but it eventually gets stale. Or it gets awkward that you don’t know when to move on.

Worst of all, when you keep teasing a woman about the same thing, she starts to feel like you must actually believe it deep down. She then feels like you’re secretly judging her.

Do balance showing interest and vulnerability. 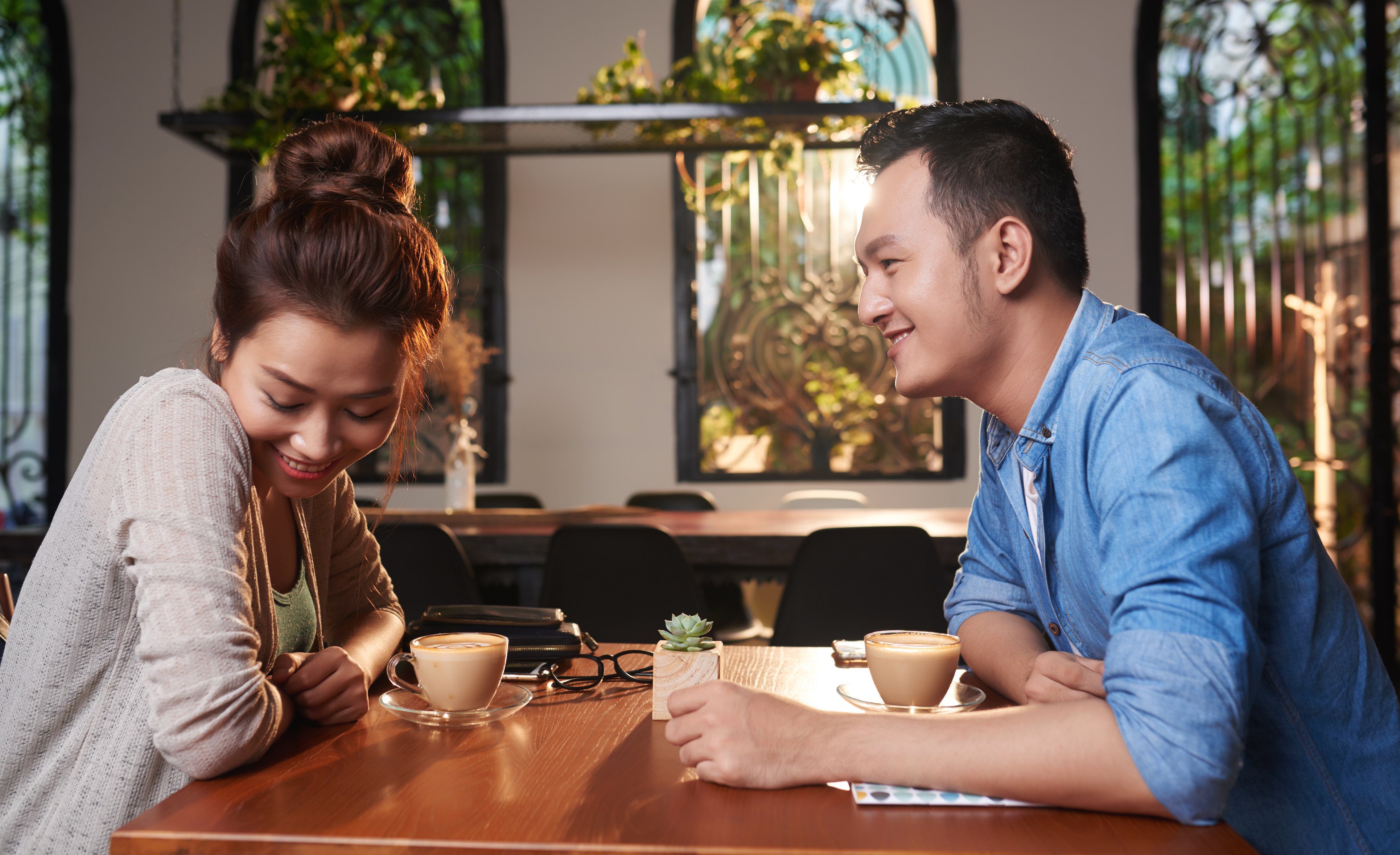 When some men learn how to flirt, they think teasing is the only way to go about it. When they see that it works, they tend to overdo it.

You quickly become a one-trick pony. What started as cute and fun soon becomes tired. It creates a dynamic that always feels adversarial. Excessive teasing encourages a woman to always feel like she has to be “on” and ready to challenge you. This makes men think they need to continue acting “cool” in return.

So you keep teasing and “gaming” women. But things never progress because both of you are keeping each other at arm’s length. You’re both hiding behind these actions and never communicating your true feelings.

Connections are formed when someone is vulnerable and shows they’re willing to invest. You have to balance your teasing with other forms of flirting that show more direct interest.

Teasing creates sparks and tension. Showing interest lets her know you can be real and not just some player.

For example, she says that she loves watching Korean pop music videos. If you’ve been making fun of her for them, you could add in, “But I like that you’re willing to own what you love and don’t hold back.

All of those are viable, effective ways to strengthen a sexual connection. Pick whatever naturally resonates with your personality.

If you want more examples on how to tease a woman you like, check out my guide here. But please, just use them as a reference.

Dig into your sense of humor and playfully tease her with something you find funny. It feels so much better when you know a woman loves to joke with you.