How The Weight of Emotional Baggage Crushes Your Relationships Sometimes we carry scars from past relationships for years. Those experiences can be traumatic and leave a permanent mark on us.

If you’ve ever been hurt in a relationship, you probably want to avoid getting trapped in a similar situation ever again. It’s a normal response to try and stop yourself from feeling future pain.

But that automatic response can also be dangerous. Often in the process of trying to protect yourself, you carry around your emotional baggage and crush your future relationships under that massive weight.

So instead, I want to show you how you can do your best avoid future pain without poisoning your relationships along the way. 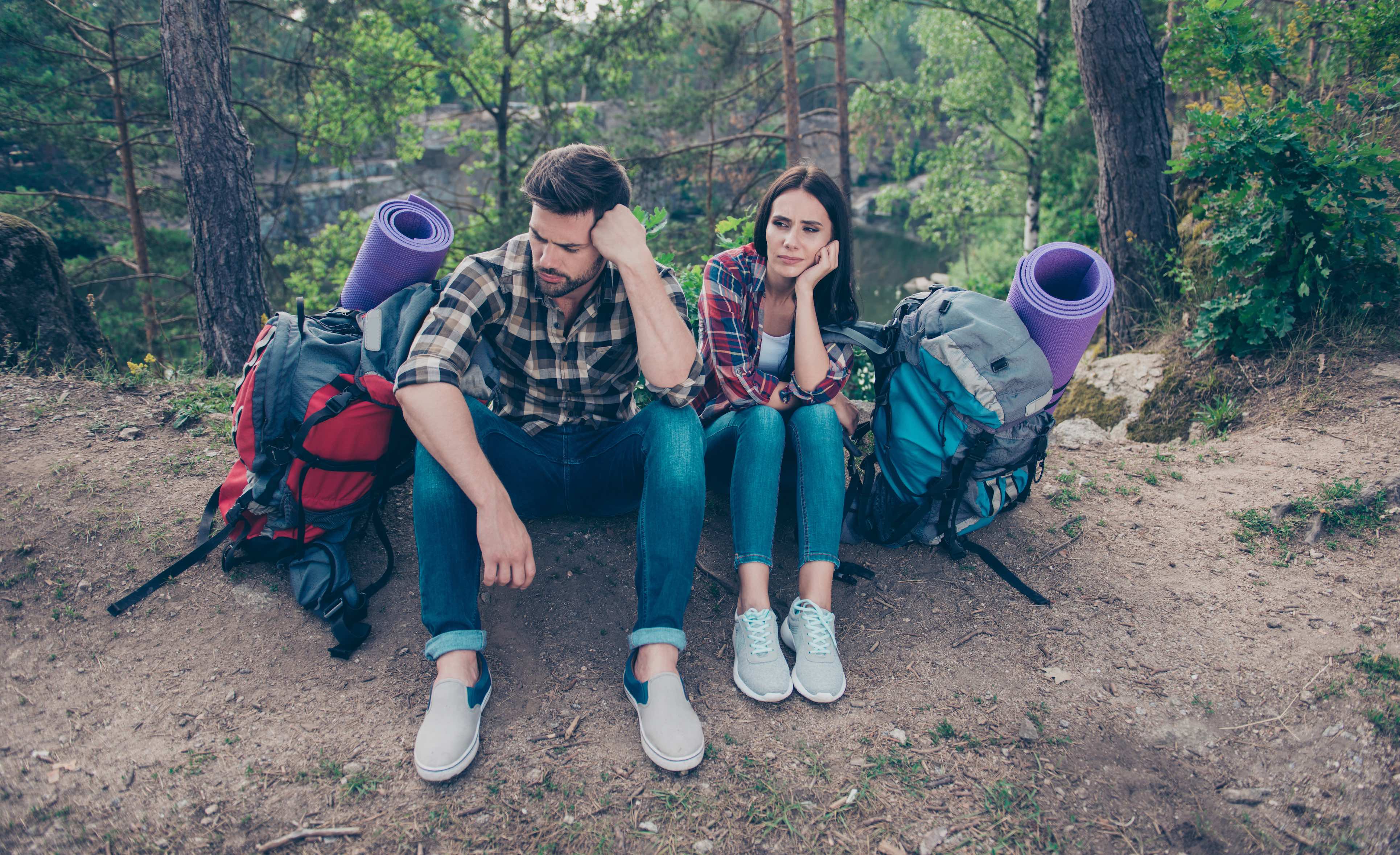 When you cautiously begin new relationships, your underlying fears influence those connections. You’re worried those new people will inevitably hurt you, too. You feel you have to protect yourself at all costs.

These can all feel like valid self-protection mechanisms. But I promise you, they are destructive and will only sabotage any chance of creating a healthy relationship.

You can never really protect yourself

You might engage in the actions above because you think you can somehow prevent yourself from being hurt again.

It’s impossible. An inevitable consequence of love and lust is emotional pain along the way.

You can try to predict or control someone else’s behavior but that’s pointless, too. If someone wants to be a jerk, cheat, or hide something from you — they can find a way.

I know a girl who waited months to share any kind of intimacy with her new partner. She thought it would make her more valuable in his eyes. She thought he’d have to appreciate her for more than sex. She made him “work for it” all the time. Once they started having sex, he broke up with her soon after because of her emotional unavailability.

A friend of mine dated a girl who wasn’t really into him. After she finally broke up with him, he started dating another girl who was crazy about him. But he was so worried and insecure from his previous girlfriend that he needed constant validation. He needed to hear how much she cared about him on a daily basis. He panicked when she didn’t reply to his texts right away. His neediness soon became too much for his new girlfriend and she left him for it.

When I was a teenager, I was terrified my girlfriend at the time would leave me or cheat on me. I acted jealous when she saw other friends. I didn’t want her hanging around male coworkers or classmates. I wanted her to spend every single minute with me.

She indulged me initially and acted happy on the surface. On the inside, she was miserable and waiting to run. The moment she got the courage, she broke it off with me and started seeing someone else within a week.

My worst fears came true even though I tried everything in my power to stop that from happening.

I’ve watched countless people try to protect themselves in relationships. And usually, they incur more pain because of it.

Building a wall keeps all the good out 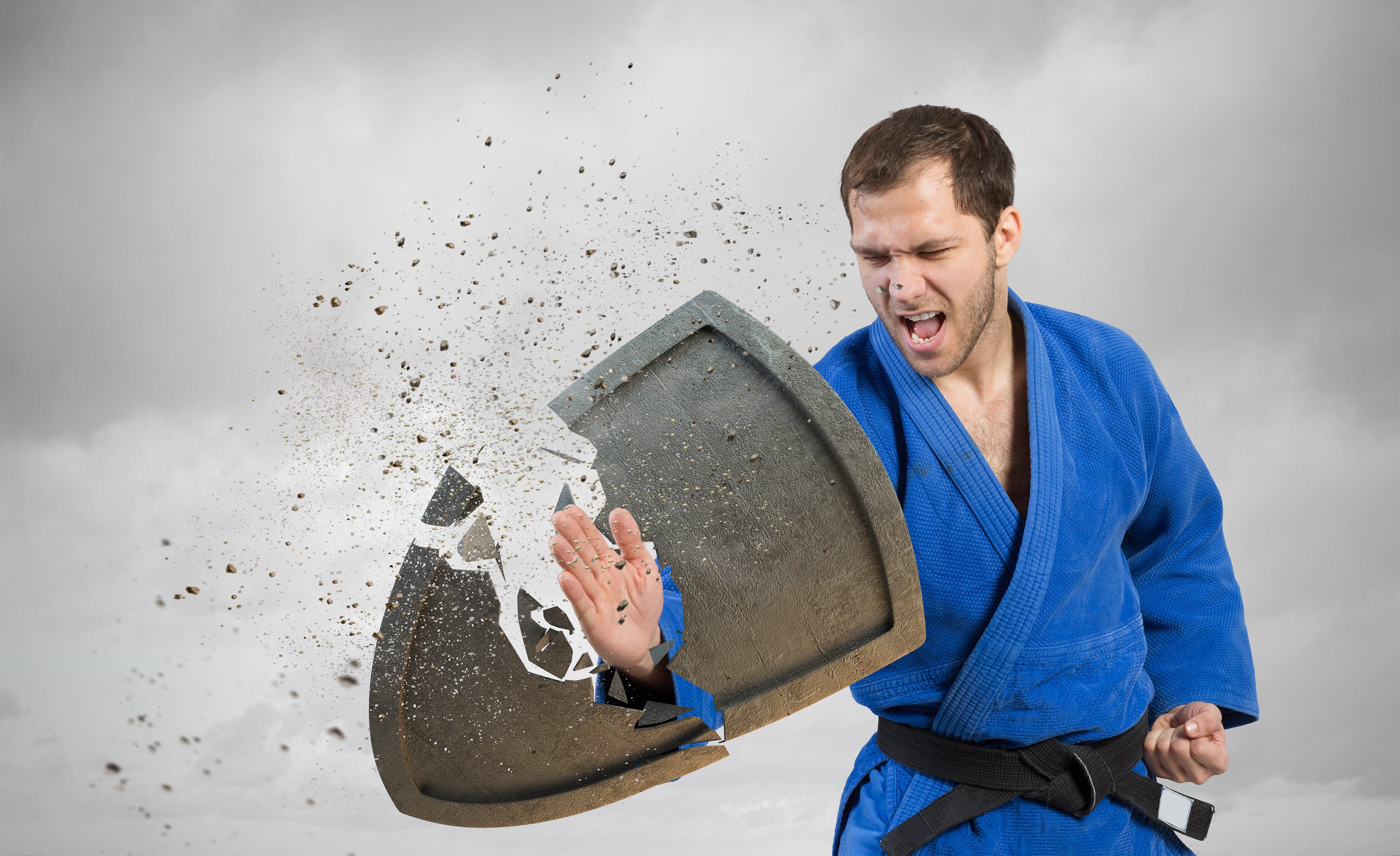 So when you push your emotional baggage onto others, you attract people who often struggle with those same issues.

You’ll attract people who are also jealous and controlling. You’ll connect with people who need to test you and play games due to their insecurities. Or you’ll find people who think it’s fine to tolerate this type of dynamic in a relationship.

Whatever the combination, when two people project and take on each other’s emotional baggage, it only leads to one thing…

Toxic relationships are not healthy or sustainable.

And if you happen to find a great person, you’ll only sabotage your chances at a fulfilling relationship with them. Someone who is secure and mature won’t tolerate unnecessary drama.

Your unrealistic expectations and mind games will overwhelm a potential partner. You will scare away the people you’re so desperately trying to keep.

In turn, their rejection will reinforce your fear of getting hurt — even though you’re the one who pushed them to leave in the first place. It’s a self-fulfilling prophecy.

Your partner wants someone they feel truly connected to. They want to feel how much you care, trust, and respect them.

When you mess with their heads or treat them poorly, that bond is broken. They feel abandoned when you go cold on them. They feel like they have to walk on eggshells or prove themselves to you.

They’re being treated like a criminal by the person who’s supposed be there for them. And it fucking hurts.

When we feel hurt by those closest to us, it can lead to resentment and even the desire to inflict pain in return. Even the kindest animal will lash out when it’s hurting.

Again, you’ll prove yourself right that people can’t be trusted, even when it was you who pushed your partner too far.

The only solution to move past your baggage 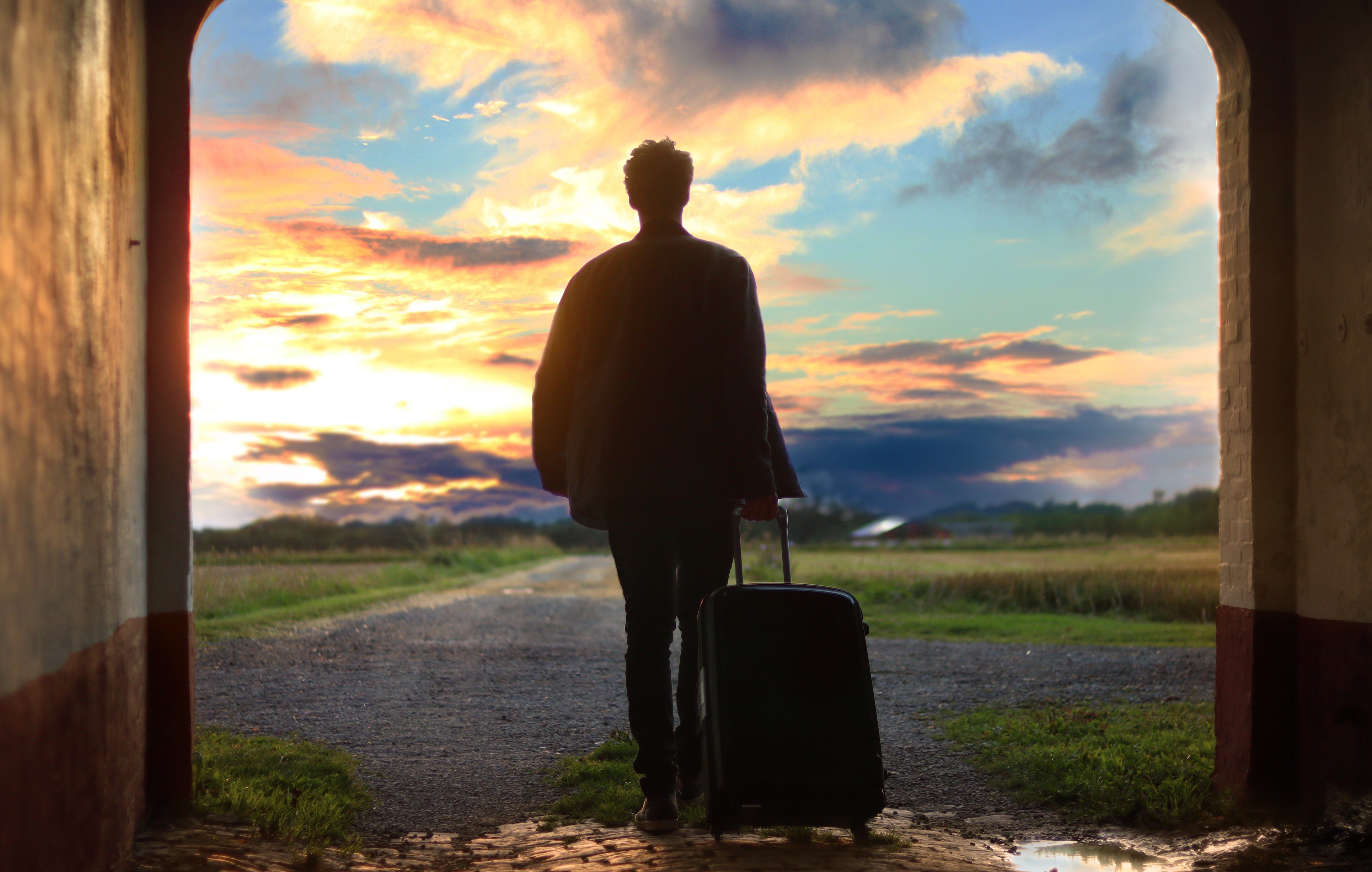 The truth is, caring about someone ALWAYS means you’re going to feel hurt about something, eventually. That’s the risk you take by being a part of a deep, vulnerable connection.

So unless you plan on having no meaningful relationships in your life, you need a better strategy.

And that comes down to two points:

First, as hard as it may seem, you need to enter relationships with openness.

You need to stop assuming the worst in people. You need to see them as individuals and not the inevitable next person to repeat your process of pain.

You need to give the people you date opportunities to show you their integrity and how they could care for you.

You need to lead with an open heart.

You have to let those people in. You have to show them warmth in order to receive it. You have to be real with them and let your guard down.

Second, you need to communicate your feelings and expectations with your partners.

If you struggle with trust issues, let them know and tell them that you’re trying to work through it. Ask them for help if you need it.

Reassure your partner that you value their independence, but sometimes you feel challenged by it. Tell them if tension ever arises on these subjects, you want to deal with them together.

If you value honesty above everything, share that with them, too. Tell them you would rather face an uncomfortable truth than hide or tiptoe around things. Reinforce you want them to feel comfortable coming to you with anything.

Openness and communication give your partners the chance to prove they could be a perfect fit for you. The people who value and respect you will invest in making the relationship flourish. And for those who don’t, you’ll find out soon enough and can move onto someone else who does.

THAT’S how you filter out the right people for you.

Remember, the heart is mainly muscle. If you close yourself off and never use it — it will atrophy.

The only way to strengthen a muscle is to engage it regularly. Sometimes that means we have to risk being hurt to come out stronger and find the love we want.