Is Your New Girlfriend Sabotaging Your Relationship? The first few months of a connection are exhilarating. Everything’s fresh and hormones are surging.

It’s a wild emotional ride with a sort of beautiful chaos and uncertainty.

But lately I’ve spoken to a lot of men who feel their new relationships are a little too chaotic.

Most of the time, their partners are incredible. They’re easy-going, caring, and present. They have wonderful dates together and great sex.

Then, out of the blue, that woman begins to act very differently. Almost uncharacteristically so.

She randomly becomes distant and reserved in-person. She’s hesitant about having an exclusive relationship when she hadn’t voiced any previous concerns. She has unexpected outbursts of aggression or annoyance over insignificant things. She might even say stuff like, “You should find someone better for you.”

Normally, this would seem like a girl who’s not that interested. But the strange part about the whole thing is that she still invests in the relationship. Despite some of her unsure behavior, she still shows up to dates and is excited about being intimate.

As you can imagine, this makes guys feel like they’re dating two people at once. They’re confused, frustrated, and hurt. And when they explain the situation to me, I assure them that this woman does like them… but there’s something deeper going on.

The whole situation usually reveals itself as a classic case of self-sabotage.

I’ve got advice for both men and women dealing with this, so read on.

Why would she act this way?

I want to start by saying that self-sabotage early in a relationship is not limited to women. Men do it as well, but more often than not they start as non-committal in the first place.

Women tend to give more to the relationship initially but then act out when they feel things are fragile or will end.

From my experience, that stems from three things:

Whatever the case, she thinks that you’re not serious and will eventually leave her. Self-sabotage is her way of coping with that idea.

How to recognize the signs of self-sabotage 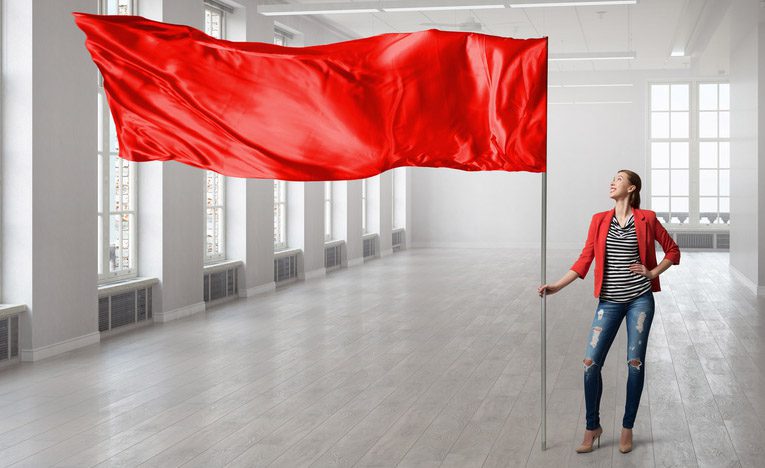 When a girl starts self-sabotaging, it’s not always intentional or malicious. In fact, it’s often a response out of insecurity and fear.

Here are the signs that she may be self-sabotaging:

How to deal with someone self-sabotaging

A lot of relationship advice says to run at the slightest bit of trouble. From an outside perspective, if someone was acting like this — it makes sense to walk away. Because this is how a lot of unstable, emotionally manipulative people act. Same goes for drama or attention-seekers.

But this kind of advice assumes evil intentions or unresolvable conflict. That could be the case, but it’s just as likely she’s feeling scared and confused.

You have to find out for yourself. If you care about this girl and think she may be acting out of insecurity rather than malintent, give her a chance to fix things.

We are complicated animals. When we’re wounded, we act erratic and take desperate measures — sometimes hurting the ones we care about most.

We’ve all made mistakes. We’ve all made poor decisions under false assumptions. We’ve all been immature and needed to learn from experience. And she might not even understand the gravity of her actions.

That doesn’t justify her behavior but I’m sure you can relate from your own past.

Improving this situation may be as simple as having an intimate talk about your concerns and reinforcing your interest in her.

Communication is the ONLY possible way your relationship can come out healthier and stronger from this.

A woman who cares about you and that can work through this together will apologize. You will see her communicate more and you should see a gradual decline in unnecessary conflict. She will strive to continually improve the relationship with you and encourage your independence.

A woman who’s intentionally being malicious or is unable to grow won’t change. She may for a little while but not for long. You may see her downplay her actions, not apologize, and even blame or gaslight you for the way she is. Overall, you won’t see her trying to build a healthy relationship or stop controlling and needy behavior.

From there, you can make the most healthy decision to walk away from a bad situation. 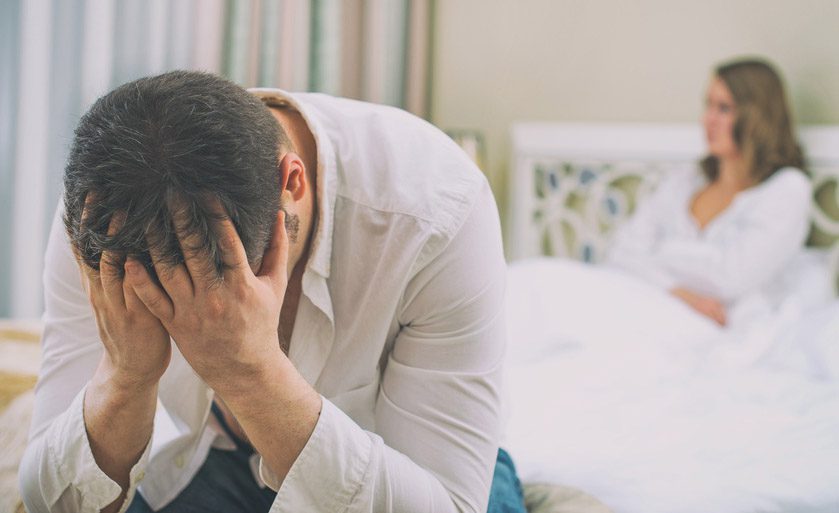 If you’re a woman acting this way, you might believe this behavior will protect you.

You think that it will reveal guys who aren’t serious about you. Or that somehow ending it on your terms before it’s inevitably over will make it hurt less.

But it won’t do any of those things.

If a man’s using you for sex or just waiting until someone better comes along, he can hide that well. There have been countless guys who feigned interest for intimacy or attention.

If he’s going to inevitably leave you, you can’t control when or if that’ll happen.

Constantly testing or pressuring someone to prove their affection is overwhelming. And randomly attacking or picking on them causes emotional distress.

Remaining cold or distant keeps your heart closed. While you think it may prevent future pain, it only prevents meaningful connections. You will never give your full self to anyone and they will never appreciate or experience all the beauty you have to offer.

All you’re going to do is turn away good men who do care about you. You create a self-fulfilling prophecy that didn’t need to happen.

You have to realize that if a man chose you, there’s a damn good chance he must like you and think you’re good enough for him. But the only way you’ll know for sure is with more love and care.

While that may feel terrifying and vulnerable, it will actually make you stronger and more resilient — which is what you wanted in the first place.

Every time you remain guarded, you’re reinforcing that you aren’t worth true love. You’re never accepting that you’re brave enough to be yourself regardless of whether or not someone likes you. And you’re creating co-dependency where the only way you’re good enough is when you have constant reassurance and validation from a man.

Most of all, self-sabotage doesn’t make the pain hurt any less, only more.

Regardless of how you’re pretending to feel, deep down you still have feelings for that person. And instead of enjoying beautiful moments and experiences to cherish, you’ll be left with a hollow period in your life.

If you ever want a happy relationship, open your heart and the right man will open his.