What Happens When You Start Showing Up For People A few months ago, I watched someone I care about succumb to cancer.

He was my wife’s uncle. Even though he lived 1,000 miles away, we made the effort to visit him three times in under two months.

I knew it would cost a lot of money and time. But this was someone who’d welcomed me into his home for years. We’d told personal stories, shared great laughs, and spent holidays together. We made memories that’ll stay with me forever.

He was a man of true integrity and helped raise my wife to embody that value. I looked up to him.

But I was scared. I have a hard time seeing other people in any kind of pain, let alone dying. I was terrified of watching someone I know be slowly stripped of everything.

During those visits, I witnessed something even more profoundly sad, though. People who should have really been there for him, weren’t.

I was just his niece’s husband. Some of these absentee people were his closest family, co-workers for decades, and lifelong best friends.

Some visited for very brief periods. Even when they were there, they weren’t actually showing up as themselves. They acted different around him.

Others never showed up at all.

I’m sure most of it wasn’t meant with bad intent. I can’t imagine what they must have felt like losing someone so important to them.

But it made me reflect on all the times I hadn’t show up for people I cared about over the years. And in general, how often we’re all guilty of this.

Misguided expectations and why we don’t show up 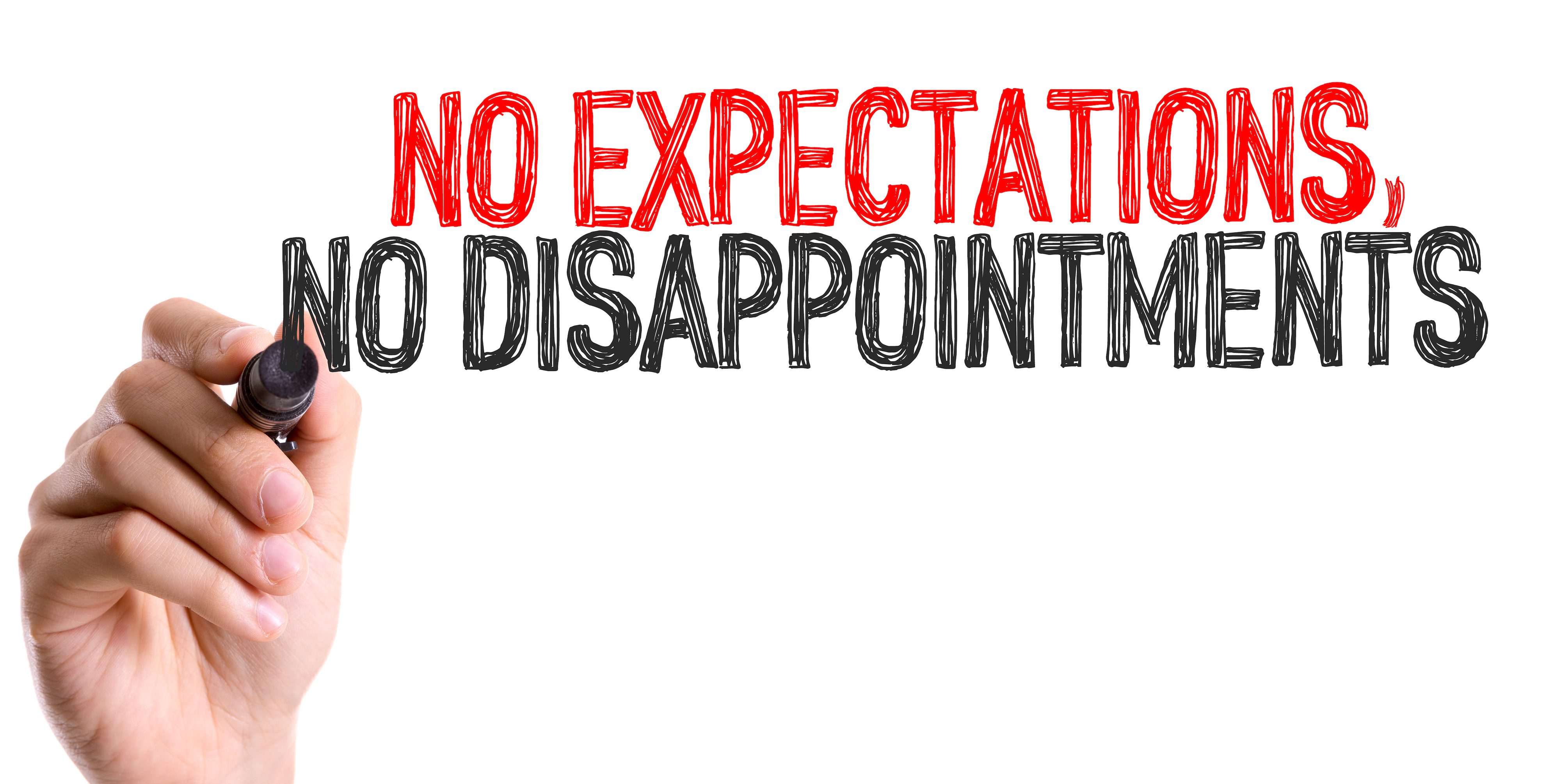 Showing up at times is hard and the value isn’t always immediately obvious.

Because by definition, showing up means you sacrifice something to make someone else happy. That could be your time, energy, emotions, comfort, or pleasure.

I know that when I’ve struggled to show up in the past, it had nothing to do with other people. It was mostly out of self-preservation.

I’m sure you’ve backed out of similar situations for various reasons, too:

Sometimes, we just want to be selfish in those moments. In many ways, I think that’s healthy. I always talk about taking care of yourself first before you take care of others. We’ve got our own needs and problems to sort through.

Showing up feels like it costs us a lot — tangibly and emotionally.

So we bail on dates. We say we’ll catch up with old friends but then get “too busy”. We wait for other people to reach out to us. We know someone in need of help but tell ourselves someone else will be able to help them.

And then often when we do decide to show up, it’s conditional. We want an immediate return on our investment.

We expect those people to pay us back with their approval, their affection, their business connections, or whatever emotional or financial support we can get from them.

But when you view showing up as a trade-for-trade transaction, you’re going to be disappointed. You won’t see the real value in all this.

Because people can’t always live up to those expectations, many times because they don’t have the resources to reciprocate. And once people sense you’re not there out of the goodness of your heart, you lose the impact and connection showing up provided.

Once you shift your perspective, though, you’ll discover what showing up is really worth.

The real value is in the journey

I get that sometimes doing things selflessly can be a challenge. But letting go of the expectation of a short-term external reward will help you gain much more internal value in the long run.

Showing up requires you to be vulnerable and put yourself in uncomfortable positions at times. This builds courage.

Showing up teaches you to think outside of yourself and understand what real sacrifice is. This builds character.

Showing up makes you be present even when it’s emotionally taxing and painful. It builds empathy and resilience.

Showing up helps others trust you and want to be closer to you. It builds real connections.

Again, you can’t expect it…but if you genuinely care about them, it inadvertently happens. They’ll think about you more, reach out to you more, and want to spend more time with you.

I understand you might be concerned about being taken advantage of. Maybe you’ve shown up for people who never seem to do the same for you. Or worse, they continue to abuse your kindness. You’ve been jaded by these experiences which makes you hesitant to keep giving to others.

If someone’s taking advantage of you, you don’t have to continue being selfless. You can stop showing up for them.

I’ve had to cut ties with many unhealthy connections in my life. It’s your responsibility to redirect your energy towards people who do value what it means to have a true relationship.

Overall, though, I still think going through those experiences are worth it. You gain all the valuable lessons listed above and find out who’s important in your life.

But even if you weren’t rewarded with anything obvious…I’d ask you: how much did showing up really cost you?

How far your kindness stretches

We drove to Comcast to replace my wife’s uncle’s out-dated cable box. All he wanted was to watch some golf (his favorite sport), talk about the game, and be treated like he was still him.

What did doing that really cost us?

About two hours to make a dying man feel loved and human again.

And that’s when it hit me.

I realized how little you have to give up to impact people on profound, even life-changing levels.

In our minds, time is the most valuable asset. Giving up a couple hours seems like we’re giving up so much of ourselves. But when you think about it…

How much are you sacrificing if you gave up checking your social media, browsing Reddit, watching YouTube and Netflix, or playing a video game for a small amount of time?

I would argue that you wouldn’t lose almost anything. And once you compared it to what you’d be giving to someone else — the return for your investment is immeasurable.

But…the cost for NOT showing up is equally powerful. For some reason, we never realize how much it affects other people. In reality, there’s no worse feeling than being alone and isolated — especially from those we want in our lives.

Since then, I’ve been committing a lot of my time to showing up for the people around me. That even includes those who I haven’t always had the closest relationships with.

How I’ve been trying to show up now

Someone I’ve barely spoken to in 10 years reached out to me last week. He was going through a break-up after 6 years with someone. He wanted some advice and really, just some support.

I didn’t owe him anything. He was basically asking for free help with something I do for a living. My first instinct was to say that I was too busy…but I decided to talk to him for 30 minutes.

He was so incredibly vulnerable and sincere with me. I could feel how much pain he was in. I gave him whatever advice I could and reminded him that there will be other amazing people who will want to connect with him.

He texted me this week to say thank you again. When I asked how he was holding up, he said it was hard but he knew things would be okay. He sounded positive and hopeful.

What would the cost have been if I didn’t show up? Maybe nothing, but I think it’s foolish to risk that for the minimal effort required.

And it’s the same thing when my wife and I realized my nephew needed a better education. He’s extremely bright and his current school struggles by almost all metrics. It’s holding him back.

So we took him to see a few different independent schools. He was amazed and inspired at the cutting-edge programs and resources they had. Since then, I’ve helped his parents apply to those schools and set the wheels in motion.

Again, he might not get into any of those places. Even if he does, he might decide not to attend. But showing up for those few hours could potentially change the course of his personal and professional development for the rest of his life. It was also a wonderful bonding experience.

A call to showing up 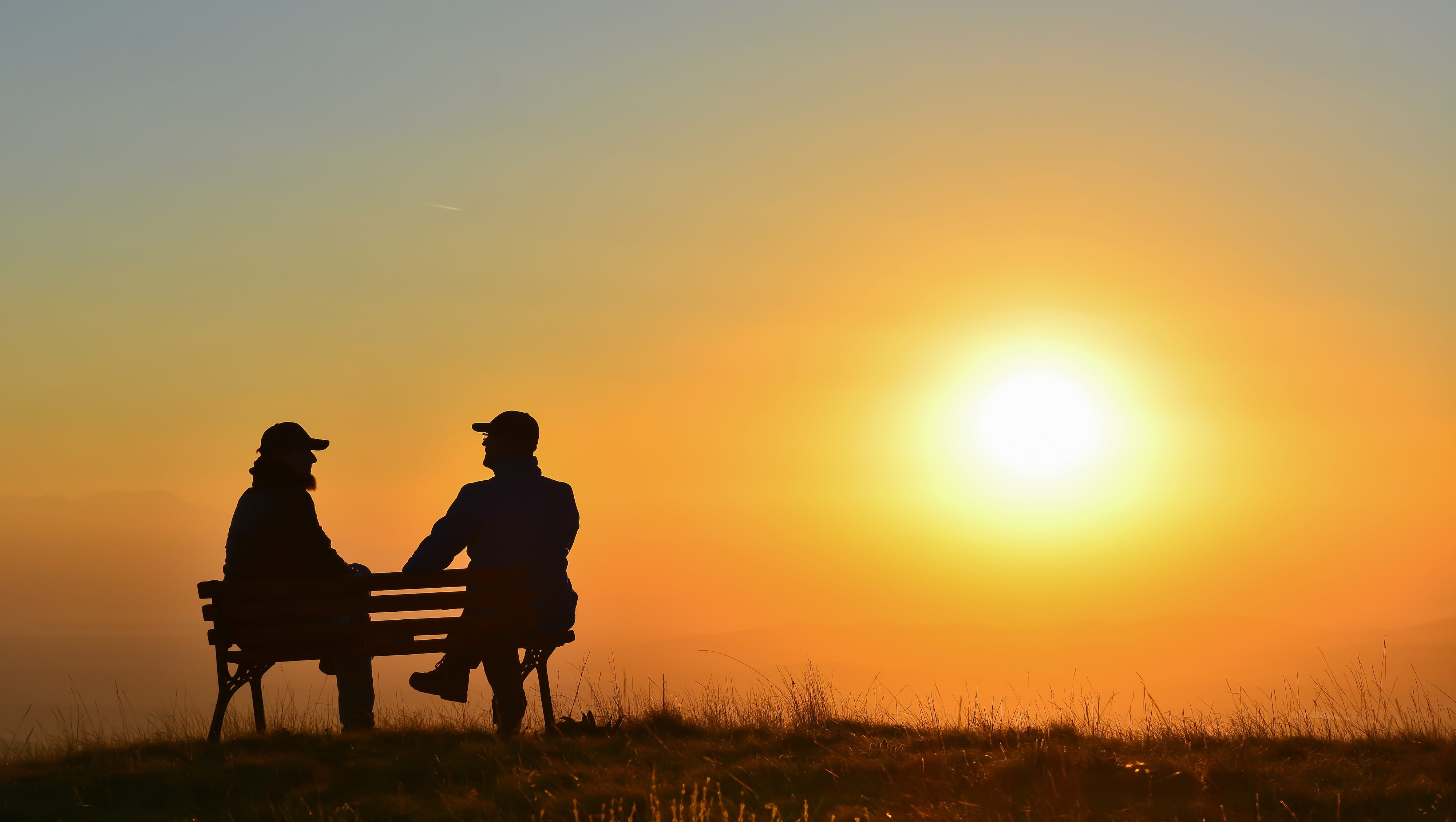 So I’m asking you all to think about the people you care for and how you can show up in their lives.

These don’t have to be grand gestures. The smallest, most seemingly insignificant moments can do incredible things for someone.

Think about how you can…

Showing up is maybe the kindest thing you can do for someone.

Not just when you feel you have to, but even when there’s no pressure to. Just because you want to.

Not just when you think it’ll be easy, but when you know it’s going to be hard.

Someday, there will be a moment when you need nothing more than the comfort and care of someone else. And you’ll never forget how good it felt for them to show up for you.