Even though millennials are having less sex than past generations, there’s no denying we’re in a hookup culture.

Marriages are starting later and later. More men and women are opting not to have children. And a lot of people date around before ever deciding to get into a serious relationship.

Many may feel that this new dating game — full of casual sex and non-exclusive relationships — is the death of real “romance”.

But, guess what…I’m all for it (within reason, of course). I think that people are just becoming more independent, more open-minded, and less pressured to commit to the first person who likes them back.

Past generations were often rushed into relationships. They met fewer people in their daily lives and had to take what they could get. They felt significant religious, familial, and cultural pressures to settle down. And once they were married, they stuck it out…regardless of whether or not that person was good for them.

It’s healthy to make sure you’re not just settling and instead, choosing a compatible partner for the right reasons.

But some people are taking this too far by treating exclusive relationships like casual ones. They settle with someone they don’t consider long-term partner material out of convenience and break it off when they’re done with them or have found someone better.

If you do this, you’re being a dick.

Only go exclusive when it’s the right course of action

Basically, I’ve been encountering situations like this all the time…

Someone starts casually dating another person. They like that person but deep down they may not want to be in an exclusive relationship or aren’t sold on committing to them yet.

But they’ve been seeing each other for a while — maybe a few weeks or months. They know that the other person is looking for an exclusive connection (usually from talking about it). And they know that if they don’t commit soon, they risk losing them.

So they’re faced with a decision…

I find it deeply concerning that so many people take option #2. They enter a serious relationship just because they’d rather not have a difficult conversation and/or lose that person. And they do this without truly considering the other party’s feelings or the future consequences.

And I know — it’s sometimes tough to be sure how you feel about someone early on. But the truth is, you generally know whether or not this person has greater potential after a few weeks of seeing each other.

So, if you’re struggling with the decision, my advice would be to either…

Be upfront with where you’re at. Set the right expectations and let the person know you need more time. If they’re willing to wait and see if things pan out, great. But if not, the answer isn’t to just lock them down and figure it out later. If they don’t want to keep investing in you after hearing your side, you shouldn’t keep investing in them.

Give the relationship a shot if you’re genuinely excited about this person and are open to a more serious connection. You shouldn’t be committing out of fear or neediness — those aren’t valid reasons. You should like them for healthy reasons like shared values, mutual respect, having fun together, and deep sexual attraction.

It’s understandable if you don’t know exactly how to be in a serious relationship. It takes time and experience. However, if you go into the relationship and realize it’s not what you want… you need to end things as soon as possible.

The problem arises when people continue to stay in these unfulfilling relationships. And this is where it goes from deeply concerning to almost deeply disturbing…

People don’t break it off even when they should 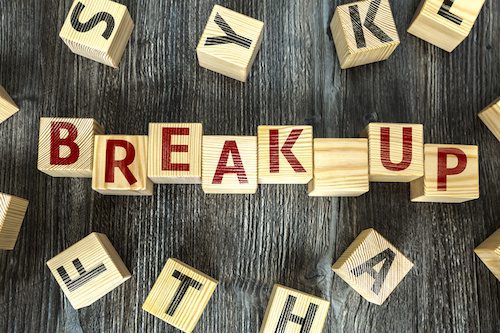 There comes a point in many relationships where someone accepts that it isn’t going anywhere. I hear things like:

I pick their brains and make sure that they have real reasons for not being satisfied in the relationship. I also want to ensure they’ve put some work into fixing it, if possible.

So I tell them, “Obviously I can’t make this decision for you. But it sounds like you made up your mind a long time ago. If you have, you should let them go ASAP so they can move on, too.”

They tell me they know I’m right and they know what they have to do.

Eventually, I check up on them or they reach out to me. More often than not, I find out they haven’t broken things off even though they want to. They almost always claim it’s because they don’t want to hurt the other person involved.

But if you’re trying to avoid hurting that person — delaying the inevitable is almost always worse. Because months or years later, you’ll eventually break it off and cause so much more heartache for everyone. 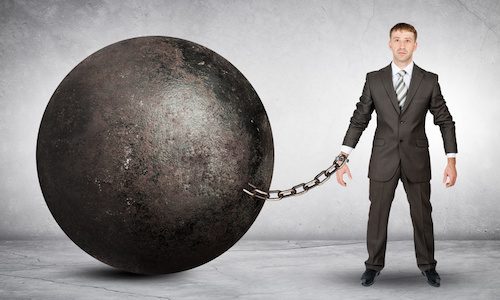 Your partner doesn’t want someone who feels like this in the relationship.

So if you’ve been quietly unhappy the whole time, how fair is that to them?

Instead of spending time on someone who doesn’t reciprocate their feelings, they could be finding a partner who does want to build something meaningful with them.

They want a partner who wants to be with them. And they deserve that.

You’re not doing them any favors by “saving their feelings”. You’re wasting their time. You’re destroying their chances of finding more happiness. And you’re increasing the odds that they will walk away from the situation with even more emotional baggage.

In fact, when I dig deeper into people’s reasons for delaying a breakup, their motives aren’t always so pure. I find out that they don’t end things because…

All of these justifications are selfish and inconsiderate of the other person. And it comes back to haunt you. Nearly every time someone holds off on ending a failed relationship, they come to me with regret.

They tell me that it was much harder to do as time went on. They say that the other person was more devastated than they could’ve imagined because of how long they’d been together. And when their partner realizes that the breakup has been on their mind for a while, they blame them for wasting their time.

This is especially true for guys who stay with women that want marriage or kids in the near future even though they don’t. As the pressure to settle down gets more intense, they bail and leave the woman back at square one.

Do you know how difficult it is for a woman to lose some of her prime years and have to begin the whole dating process again?

She has to get over you, sometimes regain trust in men, find someone she genuinely likes, spend more time ensuring the new relationship is right for her, and then start to settle down together.

Breaking up may not affect your life much, but it can have devastating repercussions on the other person.

Lastly, don’t you want to stop wasting YOUR time? Why not spend your days with someone you ACTUALLY want to be with?

So many people come to me with the same pattern of constantly settling with partners out of fear or comfort until they can’t take it anymore. In the end, they always regret their lost years and happiness over the uncomfortable conversations required.

Break the cycle and create a better life for everyone involved.

Don’t commit to a relationship unless you’re ready and feel there’s long term potential. And if you’re already in a relationship that you’ve realized you don’t want to be in…

Be a real, compassionate human being and end things in a healthy way (sooner, rather than later).