4 Famous Sayings You Shouldn’t Listen To 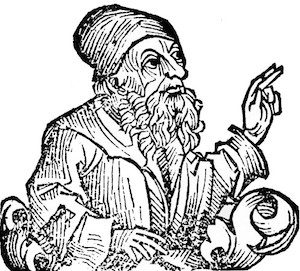 Proverbs are something we rarely question.

We tweet them daily, turn them into motivational posters, and allow them to influence our actions.

But I’m here to tell you that some proverbs are just wrong. Outdated. Or worst of all, destructive.

“A leopard cannot change its spots.”

We all can change. As self-aware, introspective humans, it’s in our nature to evolve. It’s really about whether or not we choose to.

I’m not claiming it’s easy because it’s one of the hardest things to do. Change requires you to be vulnerable with yourself. It requires you to accept criticism. To admit you’re not perfect.

I say this as someone who had to make profound changes himself. I went from a jealous asshole to a caring partner. From lazy to driven. From hating myself to loving myself.

You have to envision the person you want to become. Then be willing to do whatever it takes at whatever cost to get there. You have to desire the change more than anything else.

“Waste no more time arguing about what a good man should be. Be one.” – Marcus Aurelius

You are a canvas. You can paint yourself however you like.

“Good things come to those who wait.”

This is one of the least relevant proverbs today.

Everything in this world moves fast. We have more competition. We are more demanding. You have to hustle to stand out.

You must be proactive in all aspects of life. Taking a backseat is not a viable strategy anymore. You could hope that you get lucky but it’s not something you can count on.

You could wait around expecting an amazing girl to fall in your lap. You could hope that you’ll get a job where you meet someone. Or that a friend will introduce you to your dream woman.

But again, you’re just wishing those events will happen. You’re gambling with your happiness. You run the risk that the one girl who does come your way isn’t even right for you.

Instead, create as many opportunities for yourself as possible. Take every shot you can. Whether that’s introducing yourself to women in the real world and asking for their number. Or sending out more messages in online dating. Or going for the kiss on a date even when you don’t get a “sign”.

Ask for raises — if you aren’t getting them or are miserable in general, look for another job that’ll provide a better salary or experience. Stay hungry.

Brian, a friend who developed my site, is 22 years old with no college degree. He worked hard to become a great programmer and worked as a freelancer. But in the back of his mind, he had a certain dream company he’d always wanted to join.

When I asked him why he hadn’t reached out to them, he told me it was a waste of time. They were a top development firm and he didn’t have the credentials or experience.

In February, I coincidentally met a high-level employee at this company. He told me they had a position open but it was competitive. He said to send over my friend’s information although he couldn’t make any promises.

Three phone interviews and one in-person interview later, my friend got the job. Within two weeks he moved halfway across the country to his new six-figure position.

What if Brian kept waiting until he was “ready”? Or waited for the opportunity to come to him? Of course he got the job because of his skill set, but it all started by showing up.

When you start knocking, doors just seem to constantly open.

“Look before you leap.”

Most of us already overanalyze everything. We try to figure out all possible outcomes before we even try. We’re so afraid of failure that we avoid it at all costs.

But the people who grow and succeed the most take blind leaps often. They understand you can only be confident or great at something after you’ve experienced it.

Seven years ago I chickened out of talking to women everywhere. I couldn’t cook. I had no idea how to be an internet marketer. I cringe when I look at the quality of my old writing.

Now I’ve met thousands of women. I can cook my own meals (and they taste damn good). I market my site and create all my own copy. While I’m not Stephen King, my writing has improved drastically.

I’m not special. I simply learned by leaping, falling on my face, picking myself up, and leaping again. You can strategize all you want but nothing teaches you like experience.

Force yourself to follow the 2:1 rule. For every hour you research, stress out, and prepare for a new endeavor — spend two hours taking action.

Leap, look back at what you can do better, and keep leaping.

If you take this literally and follow cultural traditions while traveling, it’s not a bad idea. In almost every other aspect, this is terrible advice.

It’s important to have your own identity — I see too many people lose all sense of themselves to “fit in”.  They’re so worried about outside judgment that they hide their true personality. They stifle their values just to be liked.

This backfires in both friendships and romantic endeavors. You’re never genuine because you’re always putting on an act. Therefore, you don’t attract people that like the real you.

This usually translates to not taking risks with women out of fear of being judged. You don’t lead. You aren’t assertive. You aren’t showing your romantic intentions or going for a kiss. Instead, you’re anonymous and forgettable. And you keep ending up in the friend zone.

In your social circle, you let your friends mold you. Maybe all your friends talk shit and are cynical neckbeards. Maybe they all think it’s “weird” to talk to random girls. Maybe they just like to sit around in their basements, smoke weed, and play video games all the time. Because of it, you become negative, unsocial, and unsatisfied.

Note: I have no problem with weed or video games. I have a problem when they rule your life. Everything in moderation.

Professionally, being one of the “Romans” can lead to a mob mentality. I’ve watched a multi-million dollar company be torn apart by rampant backstabbing and lying. Upper management would do anything to screw over their employees. The employees, in turn, would take that frustration out on one another. Within 2 years, the company lost millions of dollars in contracts and most of their work force.

Why not be the example instead? Why not stand above the rest? Why not inspire people to be more?

You’re an individual, act like one. The quicker you follow your own values, desires, wants, and needs – the happier you will be.