I believe developing your self-security and self-esteem is one of the most important journeys in life.

This means: practicing self-compassion and gratitude, prioritizing your wants and needs, and presenting yourself authentically to the world.

And throughout that lofty pursuit, there’s usually room for improvement in how you express your self-security in interactions with other people. Small tweaks can completely change people’s perceptions of you.

You don’t get a second chance to make a strong first impression.

If people see you as insecure when they first meet you, you can lose important connections or opportunities. It can unnecessarily cost you that dream job interview, a new friend, or a girl you really like.

I’m not telling you to be someone you’re not. Instead, I want you to build habits that come naturally to secure, confident people. It’s not just what’s on the inside that counts – how you behave and treat yourself will greatly influence the growth of your self-esteem.

So it’s incredibly helpful to recognize the areas where you might be showcasing your insecurity when meeting new people.

It could be that you don’t realize you’re conveying that you’re unhappy with yourself. Or you’re uncomfortable with other people’s happiness and success.

Scan the bold points below and see if you currently act in these ways. Or be mindful of your future conversations to see if you’re guilty of any of them. From there, just focus on working on one thing at a time until you build a positive habit.

Who knows, that one switch can make all the difference in your connections.

1. Not receiving compliments well. When someone gives you praise, they want you to know they like something about you. The worst thing you can do is deny their evaluation because it robs them of that experience. They feel awkward for being vulnerable about something you didn’t want to hear.

The best thing you can do is reply with a simple, “thanks”. It shows you appreciate what they said and found value in it. It makes them feel more connected to you. You can even give them a genuine compliment back (especially if this is someone you’re romantically interested in). 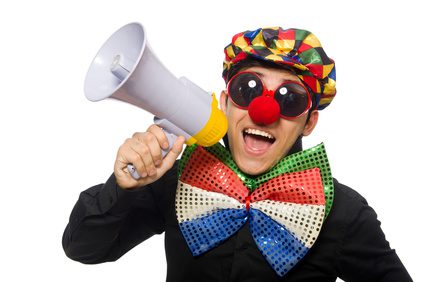 Poking fun at yourself can be an effective comedic tool. It’s at the core of many stand-up comedy sets. Showing you don’t take yourself too seriously can make you seem more accessible to people. The occasional poke conveys self-awareness and is seen as just a joke.

But self-deprecation is powerful and best used in small doses. A lot of people utilize it regularly because it’s easy to think of ways to make fun of yourself. Repeated self-criticism makes people think you truly think negatively of yourself and in turn, encourages them to feel the same way.

3. Poor eye contact. Everybody who struggles with social skills worries about finding the right words to engage people. They rarely consider how their weak eye contact is more unsettling than anything they could say. We look for connection through eye contact and without it, you’ll always have people on edge.

At the bare minimum, you need to practice holding eye contact when other people are talking. This reassures them you’re listening and interested.

You can then work on casually breaking that eye contact every 5-15 seconds by looking past them or up and off to the side like you’re thinking. Looking down to break eye contact is a submissive gesture that conveys you feel insecure or inferior in that moment.

Finally, you can work on making eye contact when you’re speaking. This shows you believe in what you’re saying which will help people believe and trust in you.

4. Bullying and making fun of other people. A lot of men put others down when trying to seem cool in front of women or a new group of guys.

Just like self-deprecation, occasional use can help people bond together when they know it’s all in good fun. When you start making this a habit, however, people recognize you’re overcompensating for something. They also feel you’re going to say the same stuff about them when they’re not around.

If you were secure, you wouldn’t waste time getting everyone to see how terrible other people are. You’d be trying to show them who you are and discover who they are to build a genuine connection.

The only people that love tearing others down all the time are other insecure people.

5. Only talking about yourself. We always want people to see our best qualities. So a lot of guys want to impress people with stories that show how confident, smart, or well-connected they are.

Conversation is a two-way street, though. If you’re only talking about your cool stories, people recognize your primary goal isn’t to get to know them, but to seek their approval. Or they just think you’re conceited (which often is a form of insecurity).

Either way, it doesn’t paint you as a grounded, confident man.

Feel out the natural ebb and flow. Share a story relevant to the conversation when it fits and then give other people an opportunity to share some of theirs. Be genuinely curious about their experiences and ask about them so they feel excited to share their adventures. Then you can continue to share stories back and forth as appropriate.

If people are excited about hearing more of your stories, let them draw it out of you. That’s when they’re showing they want to know more and you have free reign to give them the juicy details. You get the benefit of showing your best qualities in the best way possible.

6. Bragging about your career. 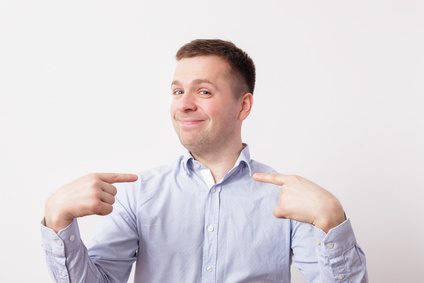 If you’ve busted your ass to land a great career, you should be proud of those achievements. And there’s nothing wrong with wanting to share them with new people — but you should do it with tact.

Gloating about how much money you make or all the high-end perks you receive is a turn-off to new people. It shows them you attribute a big part of your worth to dollar signs rather than the work itself. Confident, rich people don’t go telling everyone how rich they are.

There are many wealthy individuals and that’s not what makes your career interesting or special.

A secure individual shares what their work means to them. They convey how it challenges them or how it impacts others in a positive way. They express what they’re excited about next and their overall vision.

Now if someone asks about your income or benefits, feel free to share that as you please. It will be much more impressive and come across as healthy since the other person was curious about it.

7. Downplaying your career or accomplishments. On the other side of things, many guys are ashamed of their work. You might think that it’s nerdy or not cool enough for people — especially attractive women.

So when they ask you about what you do, you just brush it off or give a quick answer.

But all you’re doing is shutting people out and drawing attention to how you feel insecure about your job. Despite what you believe, any career can be interesting when presented the right way.

If you just tell a girl you’re a data analyst, it’s not very engaging. She doesn’t necessarily understand the work or care about the numbers themselves. You have to explain what you research, what it’s used for, why it’s important to you, how it makes you feel, who does it benefit, and even relate it to her everyday life.

8. Denying your interest in someone. Sometime you’ll be talking to a girl you like and she’ll call you out for trying to flirt with her or “get in her pants”. Your natural instinct may be to deny it — you don’t want her to think you’re some pervert or creep.

What you don’t realize is that often means she likes you back. She’s just testing you to see if you’re confident enough to admit it. And women are attracted to confident men who are unashamed of going after what they want.

When you deny your interest, she knows you’re being disingenuous. She knows you’re not secure enough with your romantic intentions to own up to them. It’s a major turn-off.

There are many better ways to reply as long as the underlying message conveys you’re interested in her — even if you’re being a bit cheeky. Some examples are:

“I thought that was obvious.”

“That depends, Is it working?”

9. Being a know it all and forcing your opinions on people. If you’re reading this, you’re probably a smart guy. You’re well-educated and knowledgable about many subjects. You probably want to share that insight with new people — especially in a group setting.

A lot of men place their worth on their intelligence and become a little pretentious. But you can’t just act like you have all the answers and be inflexible to different perspectives. Confident social skills rely on allowing other people to contribute their insights to the conversation, too.

You can’t shove your opinions down people’s throats or strong-arm them into agreeing with you, either. Imagine a person is saying something you know is incorrect or that you disagree with. You shouldn’t just embarrass them in front of other people or make them feel stupid. It doesn’t make you look smart, just like an insecure child who needs to be right.

Try, “Actually, I saw that recently they found something new…” instead of “What are you talking about? You’re wrong, they actually found…” or “That’s an interesting take. I’ve always felt this way though…” instead of “That doesn’t make any sense at all and I can’t believe you think that…”

Open-mindedness and healthy debate are the marks of a secure man.

10. Apologizing for everything. I know this one might be ingrained in you since childhood — especially for the Canadians and British reading this.

It might not even be an expression of insecurity but just a habit. I’ve had to work on this myself, too.

But regardless of why you do it, excessive apologies show that you’re insecure about conflict or think people are going to reject you. It almost makes the listener feel like you think they’re going to hate you and walk away.

Save your apologies for when you’re ACTUALLY rude or visibly see that you hurt or offended someone. If you unintentionally interrupt someone during conversation, an apology shows you have no ill intentions and are trying to stop that behavior. And if you see a twinge of sadness or anger from something you said, own up to what you did right away.

A meaningful apology is so important because it not only demonstrates security when you’re wrong, but allows people to build a deep trust in your character. Making unjustified apologies takes the strength away from real apologies when you need them.

I’d love to help you identify all the areas for improvement in your conversations and give you the tools to be a confident, charismatic man. Come join me and two other talented coaches for our men’s retreat in Lisbon, Portugal.