What You Can Learn From Apple’s Apology 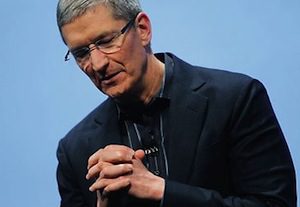 Love ‘em or hate ‘em, Apple’s recent apology (cached) for their mediocre Maps application is inspiring. When the CEO of the largest US company ever has the guts to publicly say “we screwed up” — it’s a big deal. I understand it’s a PR move but that doesn’t make it any less valid.

But Apple didn’t stop with a simple apology and admittance of guilt. They plastered the letter on their homepage for all customers to see. They openly recommended competitor’s alternatives by name. They even featured an entire third-party map section on their app store. All during their largest product release in history (iPhone 5).

Some would argue that they still get a cut of competitor sales on their own ecosystem, which is true. But how many “designer brands” would ever do what they did? You wouldn’t catch Porsche or Gucci saying “yeah we have serious flaws, you should check out Lamborghini or Prada in the meantime.”

Still, right after the release, people across the world had their pitchforks out. I read non-stop comments of “haha, they’re admitting defeat!”, “fail.” and “worst move ever.” This is the mindset of old. It’s the false belief that vulnerability and transparency are weak traits.

For generations we’ve been a culture of hubris and excessive secrecy. Companies point fingers, politicians spin stories, and men who are in touch with their emotions are deemed inferior. The issue is that people are more capable, skeptical, and investigative than ever before. When you deceive or hide your flaws, it will eventually blow up in your face. For example:

This dated mentality is where many of us go wrong in social interactions and when trying to date women. We don’t recognize that being vulnerable and transparent takes courage and actually builds attraction. Guys who are emotionally unavailable can’t create meaningful connections with women. And men who refuse to take responsibility for their actions come off as immature and arrogant.

Here are six important points you should take away from Apple’s letter:

Soon more friendships, relationships, and businesses will thrive with candid honesty. Time is running out on deceit.

Want to improve your social skills? Let’s talk for a free session!