How to Start Dating Multiple Women — The Honest Way Today, my friend Pete will show you how he’s used his charisma to date multiple women while being open to a long-term connection.

Pete is an advanced social skills coach who engages people effortlessly with natural charm. Spend 5 minutes with him and you’ll understand why.

He’s fully present in the moment with you, can’t seem to stop smiling, and has this warmth that radiates a calm confidence. You immediately feel his self-security and that he just wants everyone around him to have a good time.

You’d think he was born like this, but it’s because he constantly takes opportunities to push his comfort zone.

He interviewed people on YouTube for social experiments. He created a card question game as a fun way to connect with strangers. He’s well traveled and threw himself into different cultures by moving from Australia to Poland and now Columbia where he has to develop new social circles.

Most of all, he’s always open to adventures with people. His social media is filled with his antics hiking mountains, motorcycling across continents, firing up dance clubs, and letting loose in crazy street parties.

I invited Pete to my previous Majorca, Spain retreat as a friend. He ended up being an incredible wingman, source of additional insight, and inspiration to all the members. He approached a gorgeous girl walking into a lingerie store and ended up building a casual intimate relationship with her against all odds. Enough said.

It was then I realized Pete needed to be a coach at the upcoming confidence retreat in Lisbon, Portugal.

I hope you enjoy what he has to say…

I want to get married and have kids one day, but I wouldn’t say that I’m looking for a serious relationship right now.

It may seem counter-intuitive, but I believe that we find the best partners when we’re not looking for them. If we’re desperate to be in a relationship, we become less aware of other people’s flaws…and we sometimes settle for relationships that aren’t good for us.

Seeing multiple women at the same time is my default setting because I can maintain close relationships while still leaving myself open to finding “the one”. I always know very quickly whether or not I’m willing to get serious with a new partner, and the answer is usually no. But that doesn’t mean that it’s unhealthy (for me or for her) to continue that relationship.

I don’t really like sleeping with women when I don’t feel anything for them. It happens, and it can be fun, but it also feels kind of empty because it doesn’t fulfill my need for emotional connection. I tend to get really close with the women I am seeing. I don’t keep secrets…I share everything. There’s even a degree of love there. I’m just not in love with them.

I have fallen in love with two gorgeous women in my life, and both of those serious relationships began while I was seeing several other women. It felt different with them almost immediately and I just knew I wanted more. I genuinely lost the desire to see different women, so I stopped to focus on one.

But women like that are incredibly rare because I’m incredibly picky. So, I’ve learned to safely navigate the minefield of maintaining multiple relationships, the honest way.

You can do this without being a dick

Most women will tell you they wouldn’t date a man who’s seeing other women (and most women reading this are probably thinking the same thing). But that hasn’t been my experience.

Imagine if they suddenly met a guy, the first guy in a long time, who genuinely listened to them, opened up to them, gave them positive new experiences, and made them feel valued. In that situation, the only things missing are monogamy and long-term commitment. If there’s still trust, acceptance, vulnerability, playfulness, creativity, and respect, though – it’s an extremely healthy relationship.

And in order to date multiple women the honest way, THAT’S the way you have to do it.

There’s a certain stigma around men who date multiple women because so many do it dishonestly. Some of my female friends jokingly tell me that I’m a bad guy (with a wink), or give me a cheeky “tsk tsk” as if I’m getting away with doing something naughty — because polygamy is so strongly connected in their minds with lying.

But if no one’s lying and no one’s getting hurt… where’s the naughtiness?

When you tell a woman you’re seeing other women, it’s not really the “other women” thing they’re afraid of. They’re mostly afraid that:

The “seeing other women” thing is a trigger for those fears, so most guys feel guilty doing it. But if you’re being honest and you actually give a shit, you’re not only being ethical, you’re being completely fair to them.

Break the news as early as possible 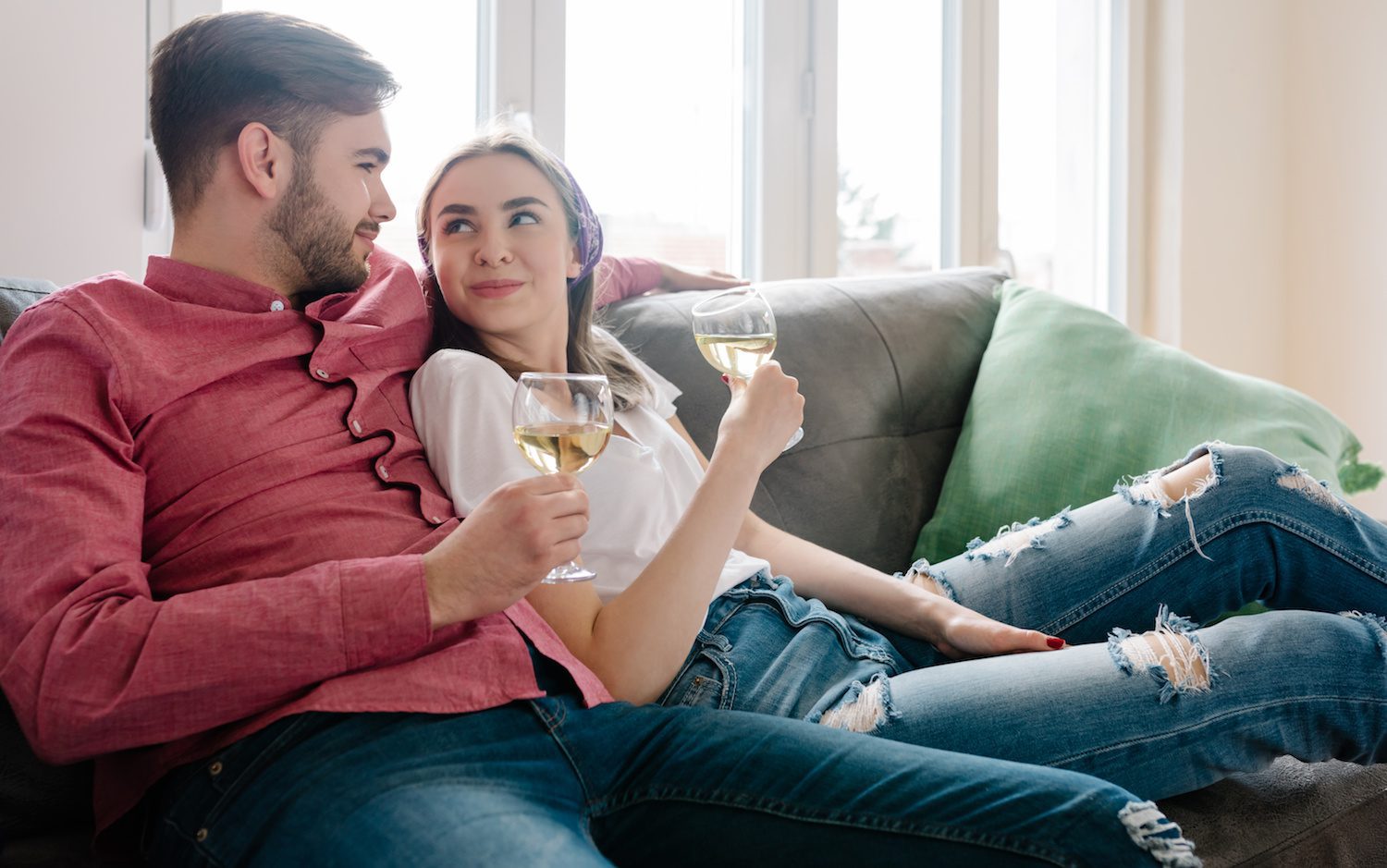 I find myself initiating the following conversation frequently, in one form or another:

“I want to tell you something: I’m not looking for a serious relationship, and I’m seeing other women.”

It was difficult to bring this up when I’d never done it before because I was afraid of being rejected. I remember battling with the decision for the first time.

“Do I really need to tell her before we have sex? What if she puts her clothes back on and leaves? What if she thinks I led her on and tells everyone I’m an asshole?”

But I’ve learned that it’s always better to be honest and upfront about my intentions early on in new relationships.

After having had the above conversation dozens of times, not one of my “what ifs” have ever materialized. In fact, the conversation always goes positively and we usually keep seeing each other without having to hide anything. But whether or not we do keep seeing each other, women always appreciate the honesty and we remain close friends either way.

Those who feel indifferent when you break the news are usually seeing other men themselves. Or they just already assumed you were seeing other women, and it’s a total non-issue for them.

Confusion, on the other hand, arises when they had different ideas for the relationship. They’d assumed I wasn’t seeing anyone else and built their feelings for me based on that assumption. It makes sense that they’d have to revisit those feelings before deciding how they want to continue.

It’s more gentlemanly, for that reason, to bring up this conversation before you have sex with them. You can ask, “Hey, do you want to talk about where this is going or are you all good?”

(That’s if they’re not already tearing your clothes off on the first night, because that kind of answers the question in itself.)

If you get the confused reaction when you break the news, the best thing to do is give them space and time to think. More often than not, they’ll come back within a couple of days deciding that they’re okay with the situation.

Or sometimes they’ll decide they’re not okay with it and then change their mind a week later.

Or sometimes they’ll decide that it doesn’t work for them at all, and that’s totally fine, too.

A confident man with integrity would rather lose a girl by being honest than keep her around under false pretenses and end up hurting her later. It’s the latter behavior that creates the stigma around men who date multiple women. If everyone was honest, the stigma wouldn’t exist.

Dishonesty just isn’t worth the emotional toll — on either of you.

It can’t just be about the sex

If you really care about the women you’re seeing it has to be about the human connection. You have to genuinely enjoy spending time with each woman when you’re not f*cking, and you have to be able to successfully communicate those feelings to them.

I never try to convince women to have sex with me because I don’t want to (or need to) have sex if she doesn’t want to as well. Sex is better when you share it with someone. It’s worse when it’s something they give you.

If I focus on enjoying their personality, their quirks, their thoughts, ideas, hopes, dreams, and sexuality (different from sex), they’ll eventually want to have sex, and then I will, too.

Sometimes a woman will be hesitant to come home with me because she’s worried I just want sex and may not actually like her as a person. I tell her sex is off the table for tonight and she says, “That’s what all guys say”. But I mean it. After hours of cuddling and conversation she usually wants sex, but I keep my word and tell her, “Next time.”

The “we won’t have sex” line is a shitty way to manipulate women into changing their minds, but it’s a good way to build trust and show her that you do enjoy spending time with her.

Honesty is the key to dating several women at the same time without guilt and without stress. And being a high-value man with the above qualities (integrity, acceptance, vulnerability, playfulness, creativity, and respect) is the key to attracting high-value women.

There’s a lot of depth to that statement, so if you’re interested I’ll write a followup article that shows you how to convey your high value in the context of dating multiple women, and also how to show women that you like them as a person. Let me know in the comments if you have any questions about that, or about maintaining relationships with several women at the same time.

P.S. As a yardstick… maintaining relationships with 2-3 women at a time can be great. More than that is too many (from my experience) because there just isn’t enough time in a week to invest in each of them. The best way to get better at starting conversations is to go out and start conversations. It’s time to kill social anxiety.

I’ll give you a flawless strategy for talking to anyone and a format for smoothly steering conversations toward topics that you’re genuinely excited about to make your conversations memorable for everyone involved.

Follow me at BeardStrokings.com for insights on connecting with other humans.