Good Crack Leads to Great Confidence at My Dublin Retreat 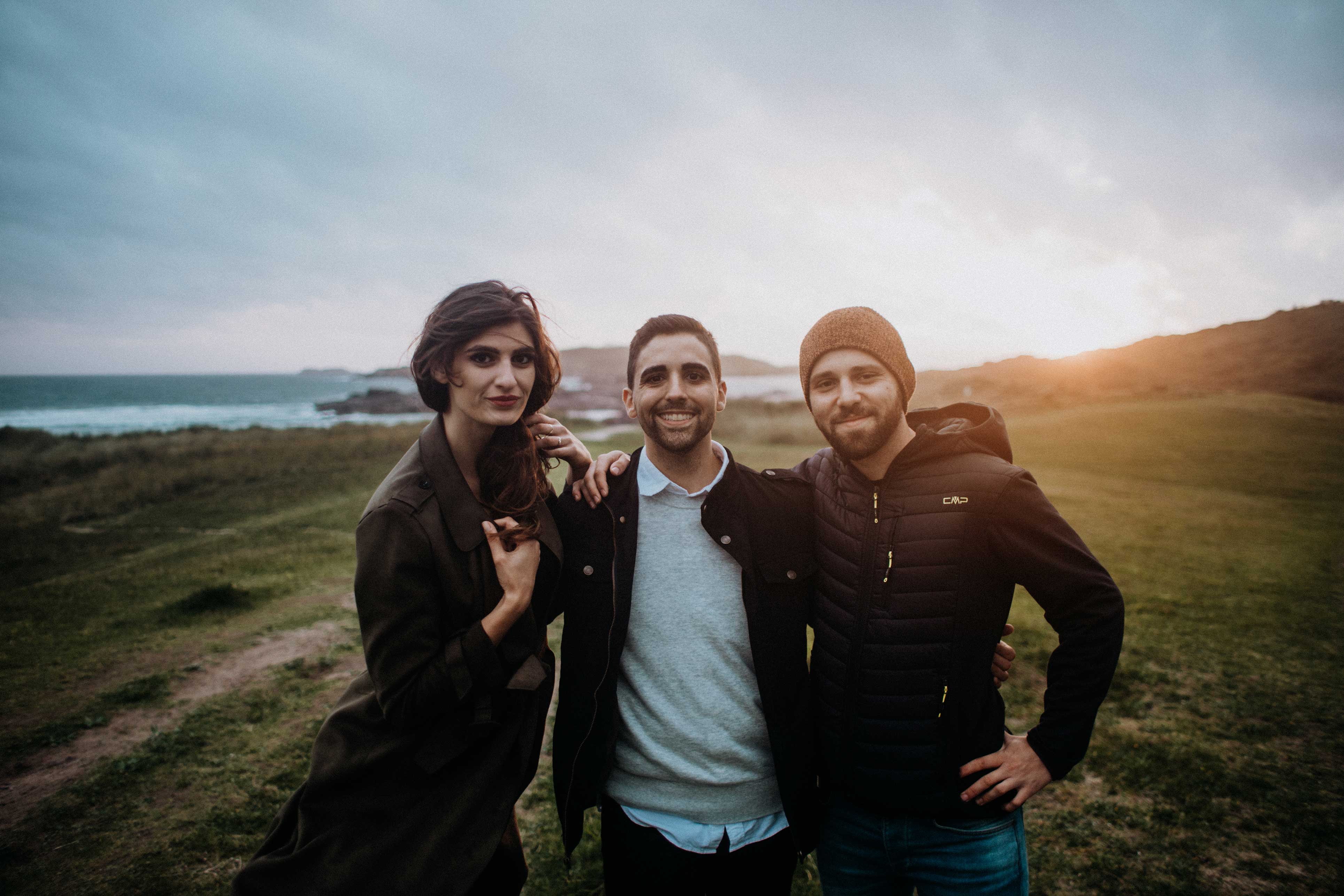 Last September, I hosted one of my Conquer Confidence retreats in Dublin, Ireland with Julian and Kristina of LoveLifeSolved.

[Note: Meet the women you want at our next retreat in Madrid, Spain this September 6-9, 2019. Only two spots left!]

I have to admit, I’ve fallen in love with Ireland. It’s everything you’d expect and more.

And of course, there’s a pub on every corner brimming with Guinness and Irish Red Ale.

What’s really magical is what happens inside those pubs. Rarely do patrons yell into each other’s ears over blasting Top 40 songs. Instead, everyone is engaged in energetic conversations over live musicians playing a variety of traditional and popular music.

And THIS is why I chose Dublin: because of that sweet, sweet crack.

The drug we all want 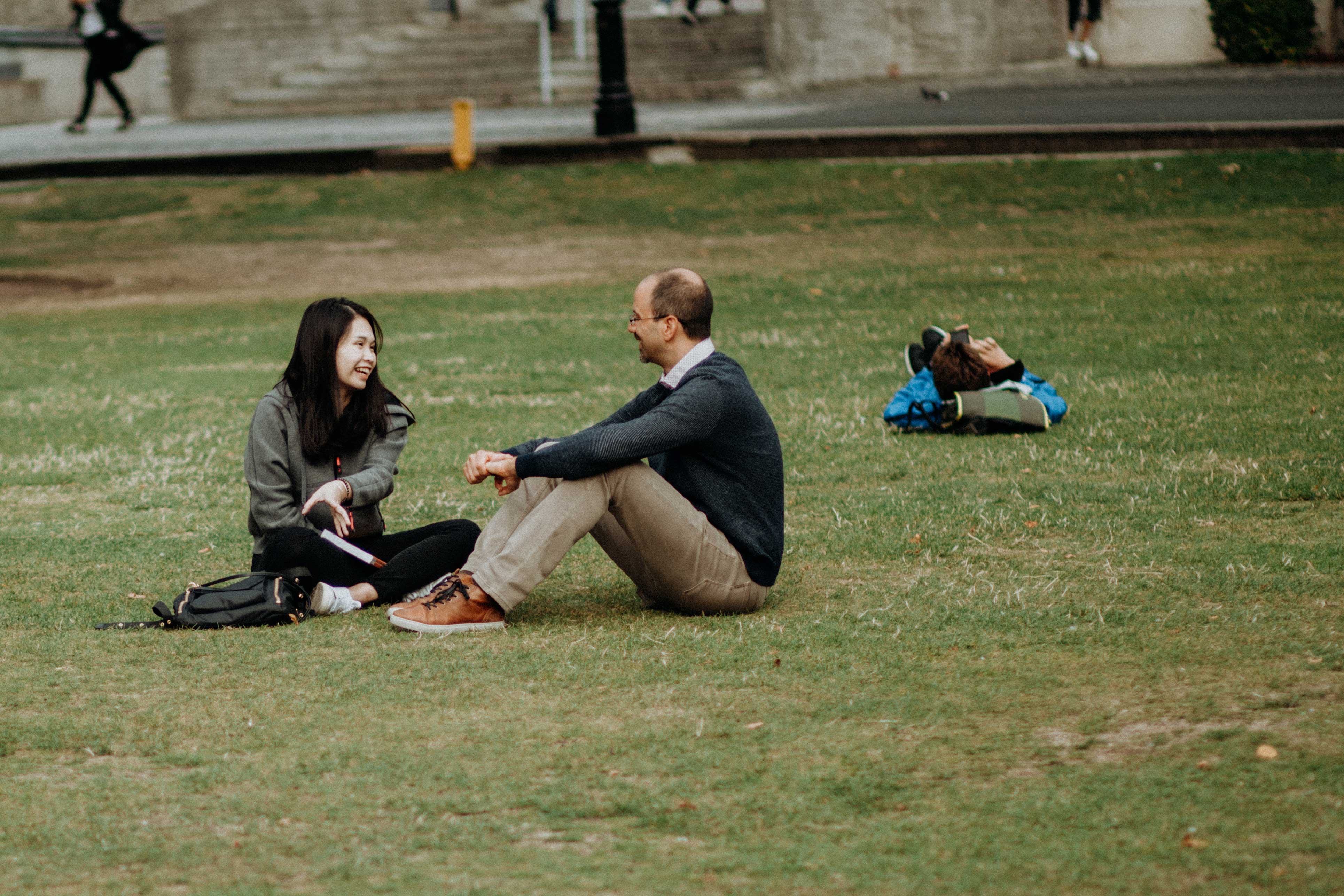 “Crack” or Craic in Gaelic has no direct English translation. It’s an expression that means having fun, exciting conversation, usually along with friends, music, and drinking.

Everyone is all about having good craic in Ireland. It’s woven into the cultural fabric. People go out specifically to experience it. They even ask others, “What’s the craic?” aka “What’s going on?”

This is what makes talking to locals so entertaining.

People don’t want to waste time on bullshit small talk. They don’t want you to ask generic questions about their day or their job. You will bore them.

This is why I think people are mistaken when they say Irish people are cold. I’ve found them to be some of the warmest, most welcoming individuals around. They just expect you to be real with them.

People want you to start conversations with a quirky observation, a polarizing question, a playful jab, or even by breaking out into song.

This makes for wild social outings where it’s impossible to guess what will happen next.

This unique social dynamic gives you permission to drop the mask you’re so used to wearing and show up authentically. In turn, people do the same for you.

It’s the perfect place to practice your social skills.

But if there’s anything I learned throughout my years of coaching, it’s that you can embrace the craic everywhere. Ireland might be the only place that has a word for it, but people still yearn for that experience all around the world.

We all want to take off the mask 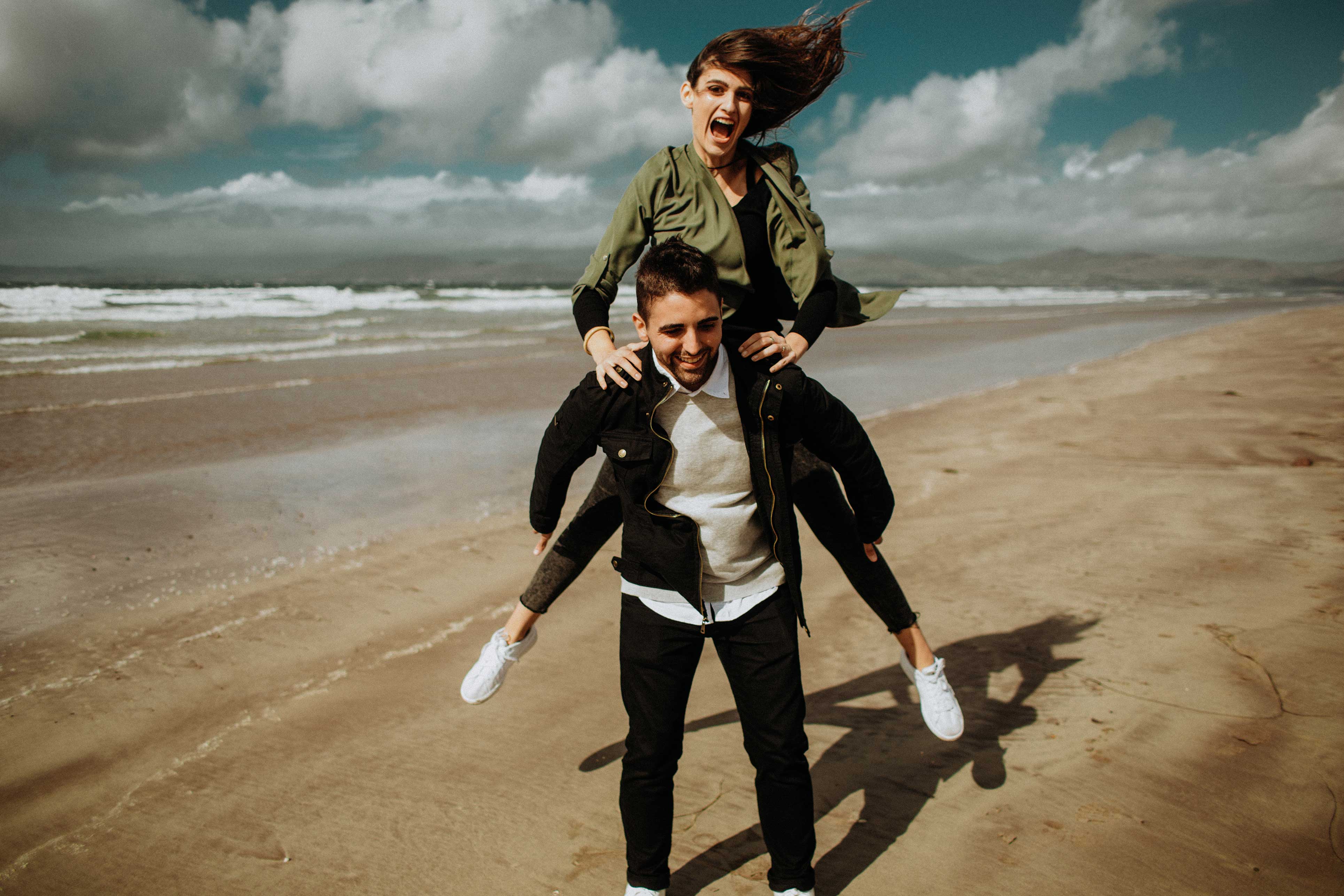 Guys ask us, “Where’s the line of ‘too much’? What’s considered ‘too personal’? What questions are ‘too forward’?”

When they’re first getting to know a woman, they’re plagued by these questions.

Then they play it safe by sticking to small talk and what they think is socially acceptable. They don’t get into more polarizing discussions. They don’t talk about their nerdy interests or act like their quirky selves. And they avoid more romantic or sexual banter altogether.

This results in weak, forgettable connections with other people.

This is not what we as humans crave, deep down. We deal with the boring and mundane every single day.

We are dying to reveal our cards and really get to know people — we just have to feel accepted.

I really wanted to prove this point to the Dublin retreat clients. So, along with three of the guys, I introduced us to a group of women in the park.

The first couple minutes of conversation was standard, everyone was playing it safe. We found out the women were tourists on vacation from their work in psychology.

I took the lead to show the guys how to start to create deep, meaningful connections. Usually one person has to put themselves out there and be vulnerable. They have to share or ask something that requires a bit of risk.

So I noticed the girls had clear liquid in their water bottles. I jokingly asked if they were embracing the local energy and were secretly getting a little tipsy in the park. They laughed and played back, saying not to tell the police on horses nearby. 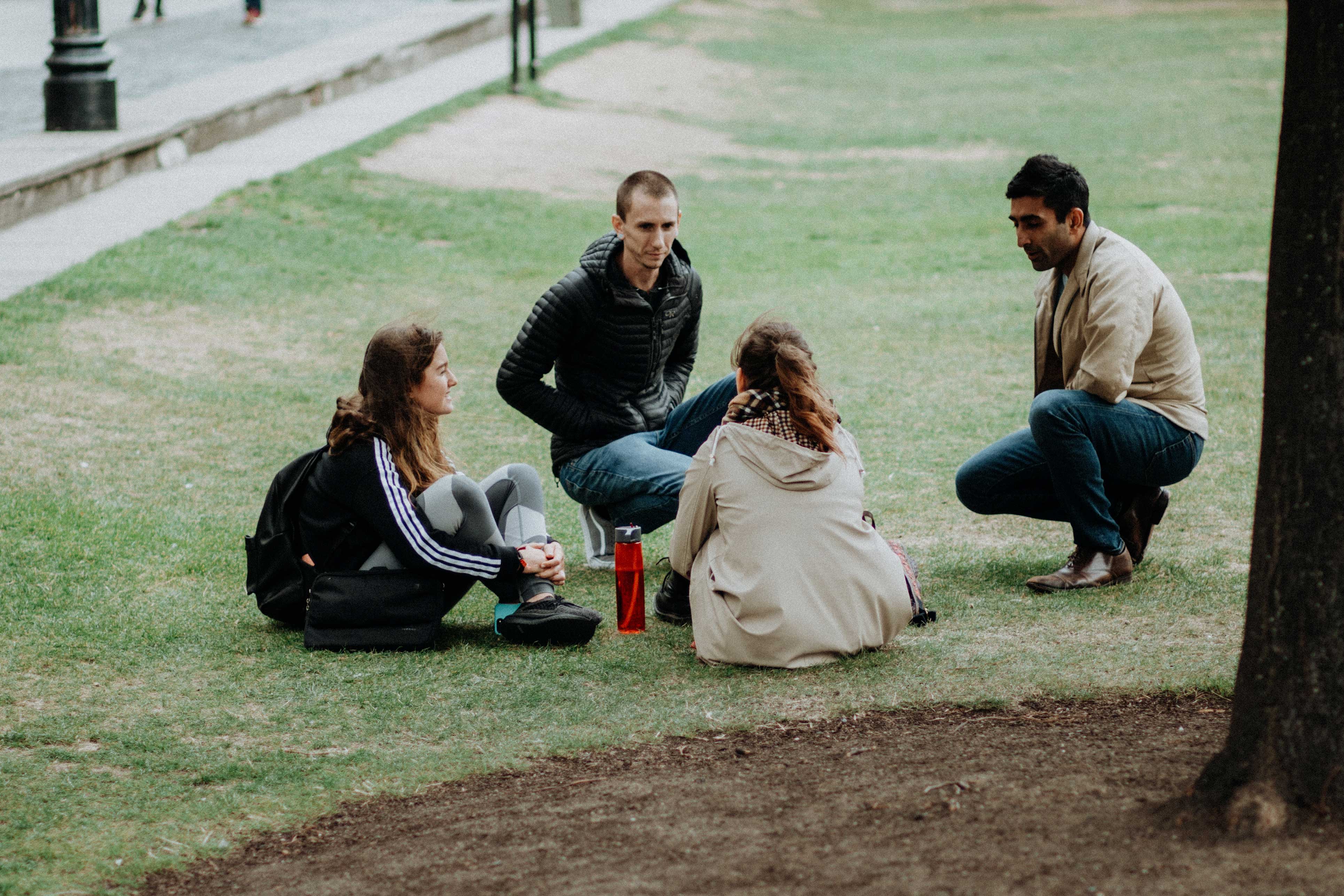 This broke the ice and encouraged one of the guys to ask, “Do you think we can actually feel something deeper for someone at first sight?”

This got the women to open up about their romantic experiences. Then one of the guys shared how he felt like he became infatuated with singers for their sexy voices. That led to one of the girls mimicking her sexual voice and moaning at full volume in the middle of the park.

We stayed for another 20 minutes, talking about everything from what actually makes us happy to the ethics of suicide. By the end, everyone was trading numbers and couldn’t wait to hang out again.

There is no right moment or perfect time to start getting real and move past small talk. It all comes down to this…

You take a leap of faith by genuinely opening up. The other person recognizes that and is more likely to reciprocate by revealing more about themselves. And as long as you both show that you’re accepting and non-judgmental of those truths, the process continues and repeats.

Each person reveals a bit more over time, which fosters a safe environment of trust and acceptance.

And THAT is how you rapidly build powerful, deep connections — even with strangers.

You’re missing the immense value in talking to everyone 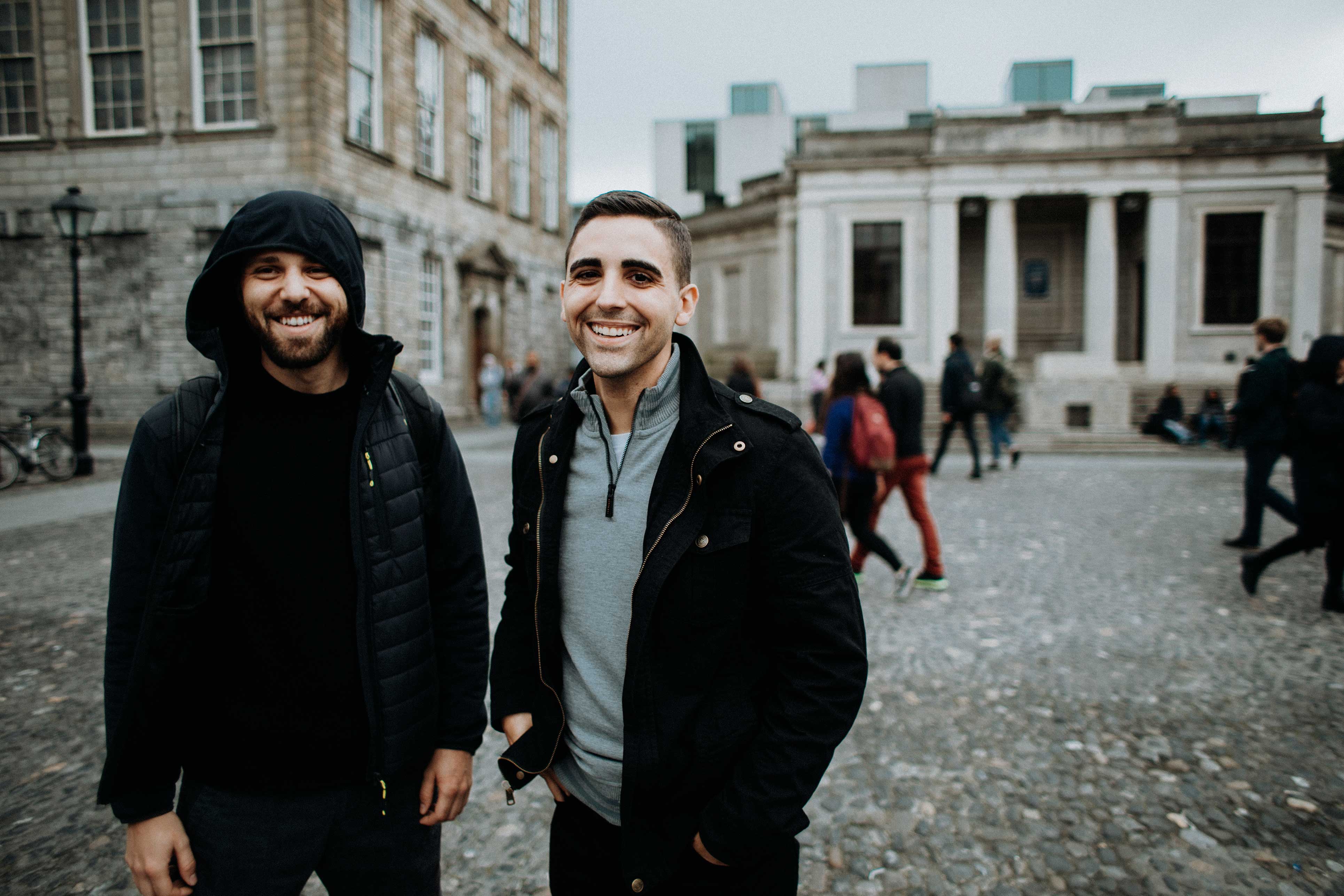 Before the retreat started, Julian and I strolled into a pub one evening north of the river. That area has always been known as the “rough” part of Dublin (although things are changing now).

Inside, it was what you’d think — dim, weathered, covered in warm brown tones, and full of locals at least 20 years older than us.

This kind of setting would probably turn off a lot of guys looking to improve their social confidence. They’d see no one their age, no women they found attractive, and no value in spending time in that environment.

Ironically, it’s this mindset that often impedes their growth and builds unhealthy habits.

People are people. You still need to show up authentically, remain present, show them you’re interested in them, and build rapport — no matter who’s in front of you. A confident man starts a conversation with a grandmother as well as with a younger woman.

When you only target attractive women, you’re telling yourself that they are the only people worth meeting. Then you inherently treat them differently because they’re “unicorns”. You put them on a pedestal and feel like you need to constantly impress them.

By doing this, you’re only valuing people’s looks and not their internal qualities, too. You aren’t actually trying to connect with people and you’re objectifying them as something to be won for your own selfish gain.

You’re much more likely to have approval-seeking behaviors, disingenuous conversations, and feel like you don’t know how to be yourself in everyday social situations. 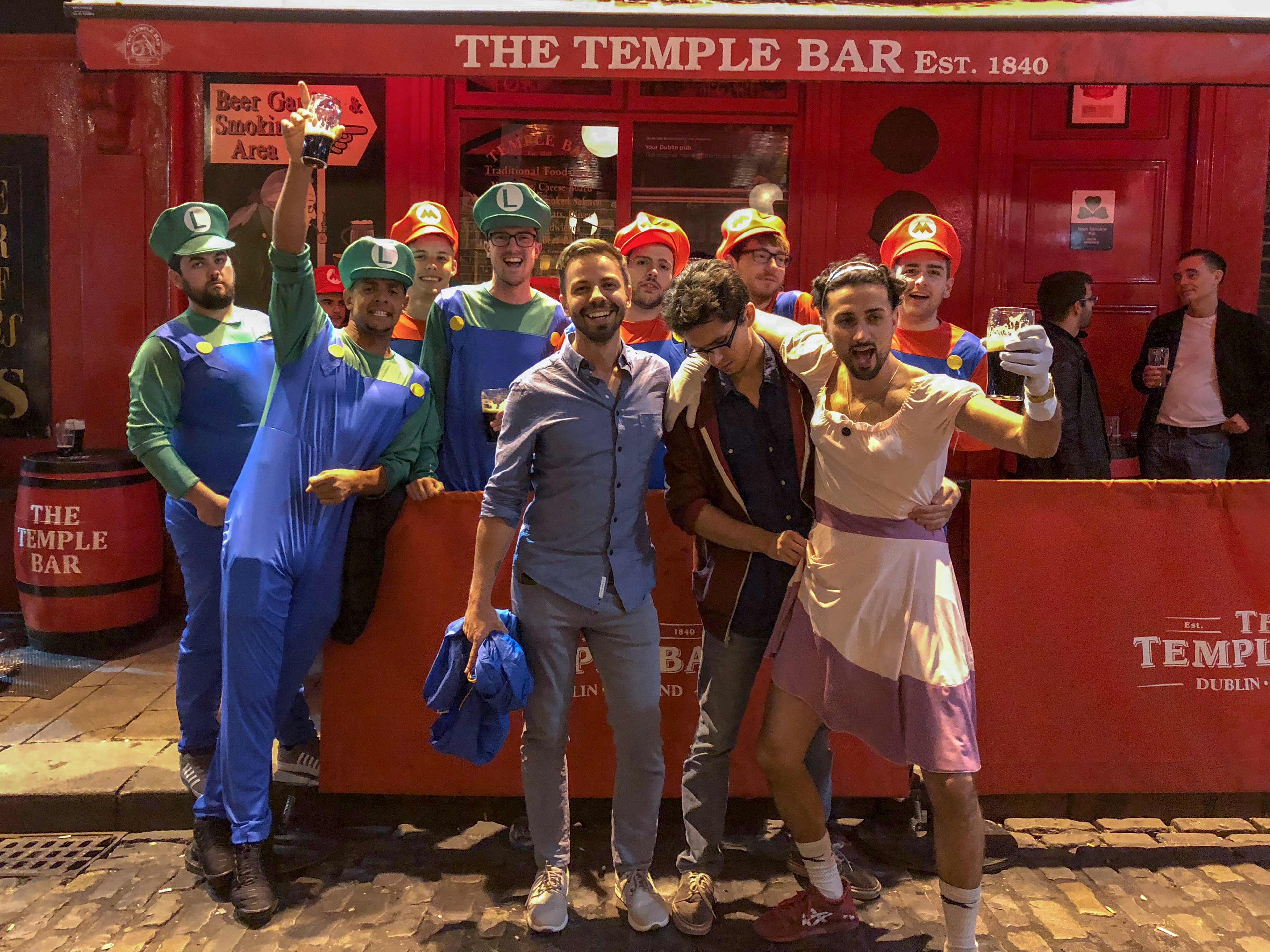 Confident men are never solely focused on attractive women. They enjoy meeting different people, learning from them, sharing stories, laughing together, and gaining wisdom. They find value in these experiences.

And that’s when they grow long-term, not from getting short-term interest from a random woman.

Back to the Irish pub. Julian and I chatted with a middle-aged woman that grew up in the most poverty-stricken parts of Dublin for almost two hours. She told us about her tricks of the street life, how the nuns were borderline abusive in schools, how the priests used drugs and hit on women, and how she narrowly escaped running away from home at 14.

It was fucking fascinating! I felt like I was put into life in 1970s Dublin. I understood more about personal hardships, why people become the way they are, and having deep courage at a young age.

For me, that was probably the most influential and fun social experience of the entire trip. So I’ll tell you this…

Get comfortable talking to anyone. It just might be the most valuable conversation you have.

Your actions will determine your reality 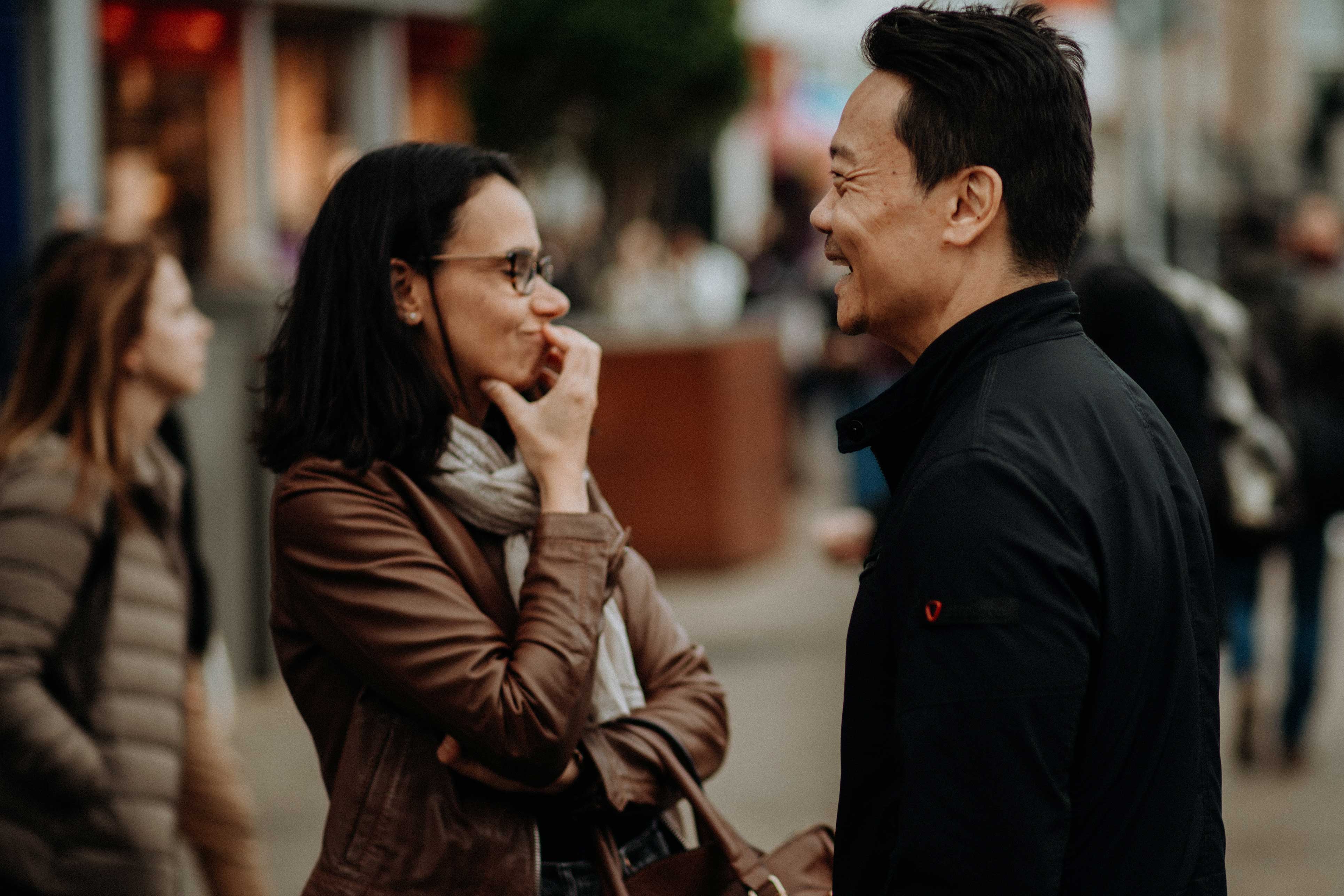 One of the guys at the retreat said he couldn’t build intimate connections with women. He had dates but never experienced a woman desiring him and so he never made a move. His connections always stayed friendly.

He felt like he was destined to be unattractive to women.

At the retreat, he spoke to a woman on the Trinity College lawn for over 45 minutes. Even from afar, you could see how engaged she was while they sat together — laughing and leaning in eagerly.

His nerves got the best of him and he walked away without inviting her to hang out.

The next night we went out to a couple of bars. The same guy ended up with a woman for almost 2 hours. She ditched her friends, sat against him, and even showed him some provocative photos of herself.

Even though he wanted to, he didn’t make a move and eventually she left as the night wound down.

As an outsider of both scenarios, it was OBVIOUS that these women were very attracted to him. The only reason things didn’t progress is because he didn’t make a move — not because something was wrong with him.

Still, I was proud and excited that he built such strong connections. I knew moving things forward was a simple behavioral fix.

But when you’re the one in the middle of the situation, your brain doesn’t see it like that. It often goes to the worst places.

To him, these interactions were a reflection of his inability to lead and made him feel weak. He felt like these women could never find him desirable since his connections fizzled. 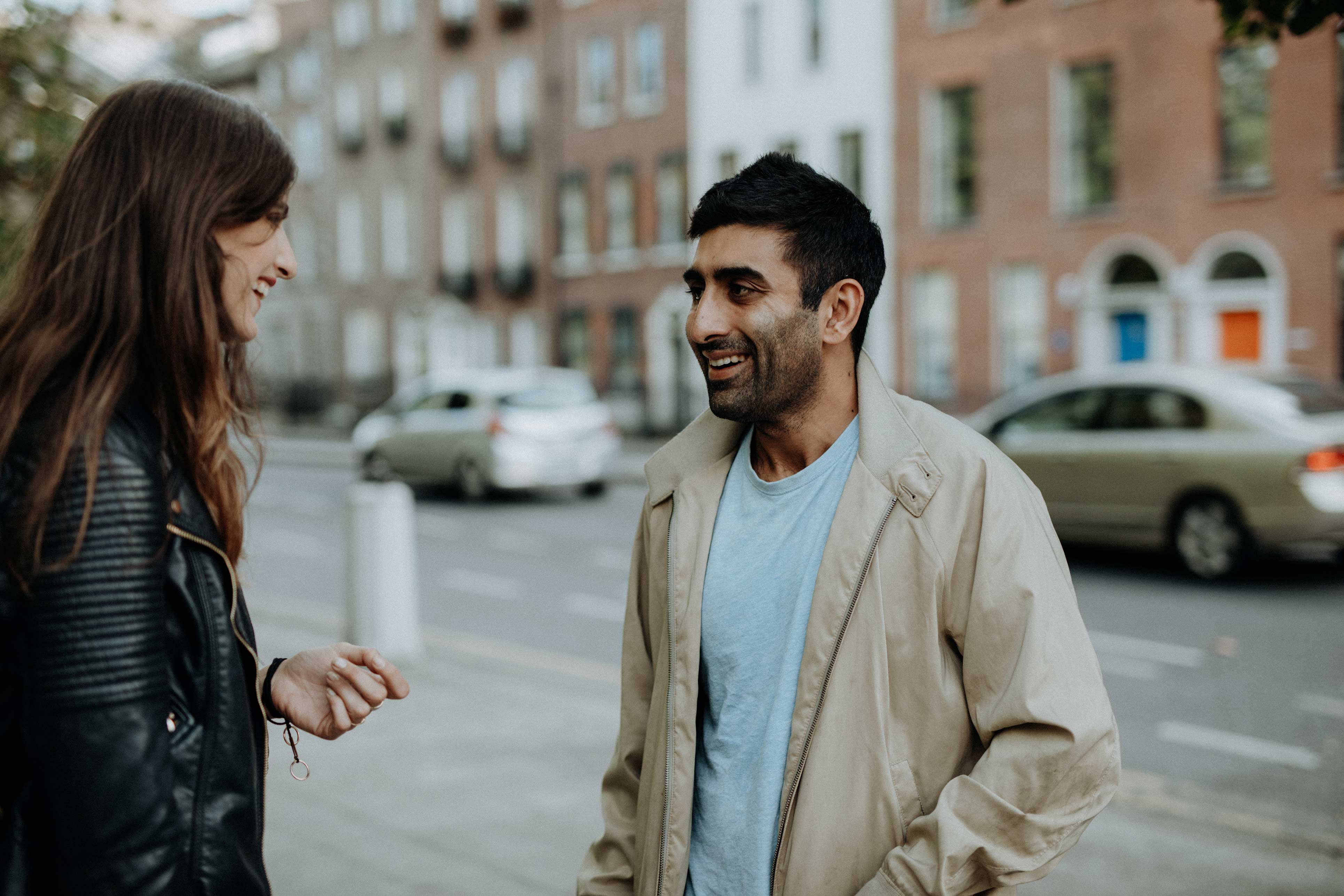 Kristina sat with him and as a woman, told him these deeper fears were bullshit. If he just changed a few simple behaviors, he would completely change his reality and see how many women were interested.

He took that to heart and over the next couple of months he put that into practice. With every woman he met and liked, he flirted with her in some way. Immediately, he started having the romantic, sexual experiences with women he’d always wished for.

When I talk to him now, he has no doubts about his abilities. His experiences have proven that many women will want him in their lives.

He permanently changed what was possible for himself by adjusting one small behavior.

And in my 12 years of doing this, that’s often all it takes. Maybe you believe you’re so far from getting to where you want to be.

Change your actions and you can completely change your reality. 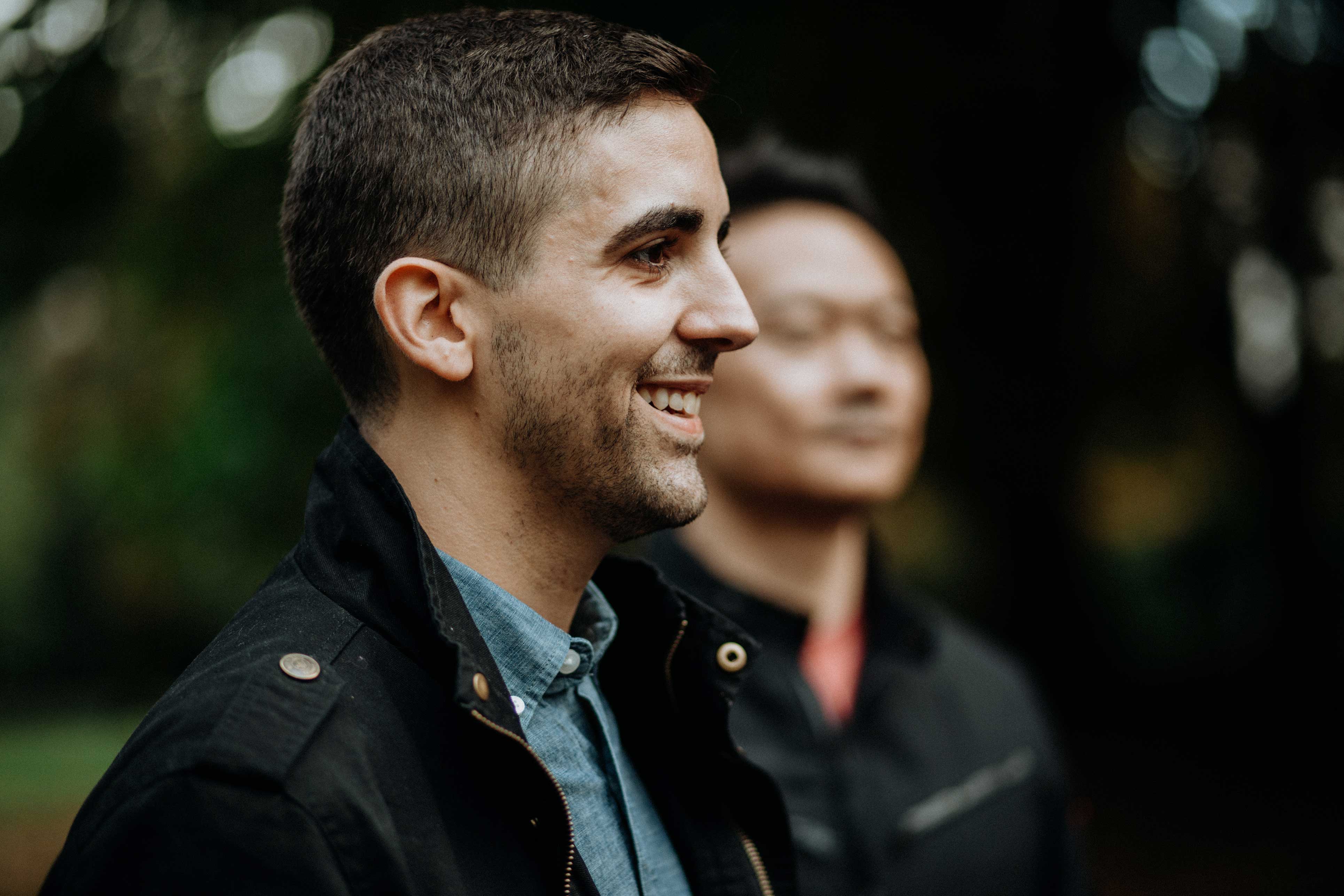 As is tradition, here are some of the “reality breakers” the guys made at this retreat. All it took was changing just one behavior to make these life-changing experience possible. 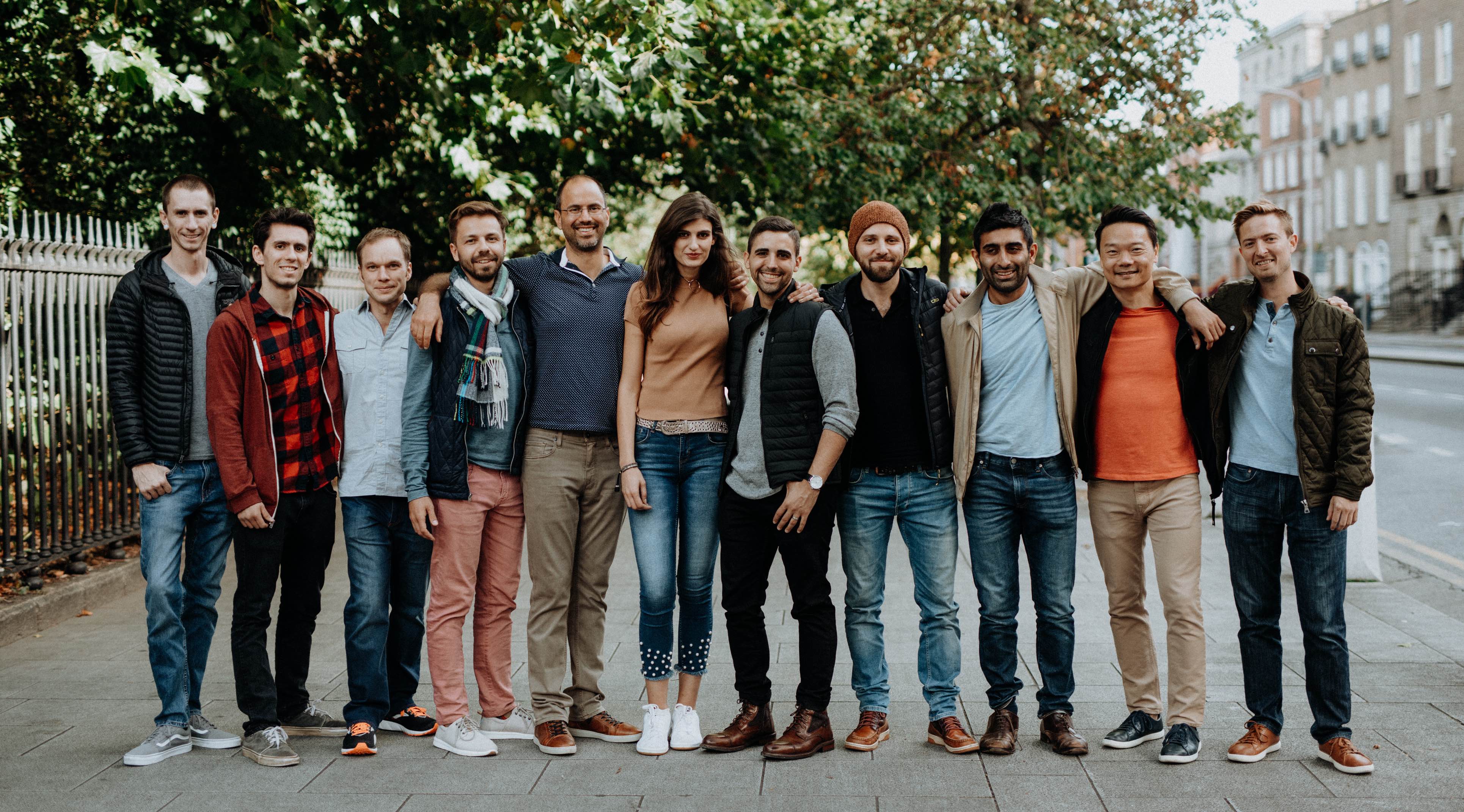 This experience wouldn’t have been possible without the amazing support of the Conquer Confidence team. Many thanks to my business and coaching partners Julian and Kristina for their never-ending dedication, heart, and persistence to provide the best experience possible.

And a special thanks to Sarah Katharina — our brilliant, eccentric, firey photographer. Her contagious laughter always makes everyone feel better. 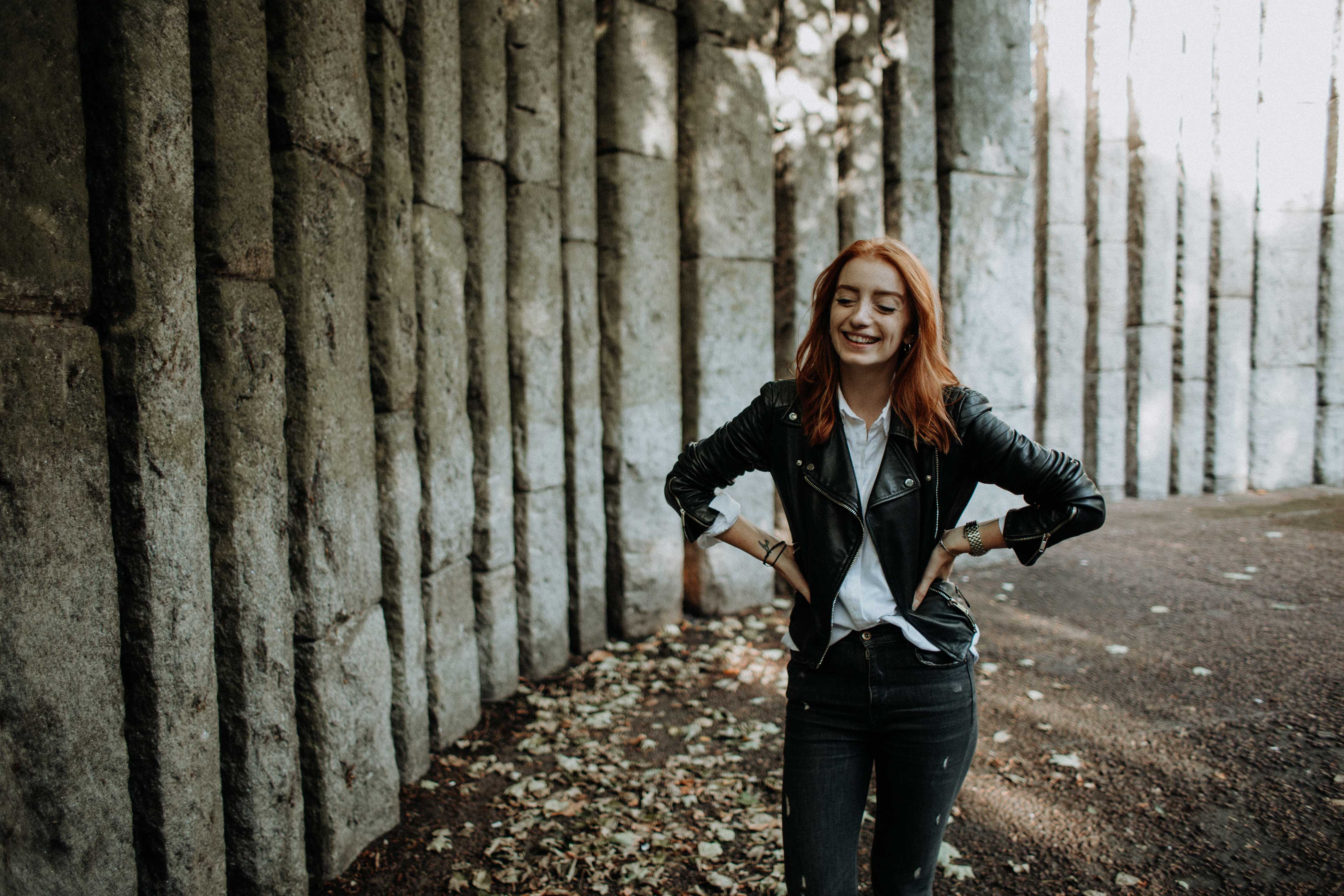 All photos taken by the one and only Sarah Katharina

Are you ready to effortlessly connect with women in your life? Join our upcoming Madrid, Spain retreat September 6-9 and gain the confidence to talk to anyone. (Only 2 spots left!)