Ask the Specialist: Thrill of the Chase 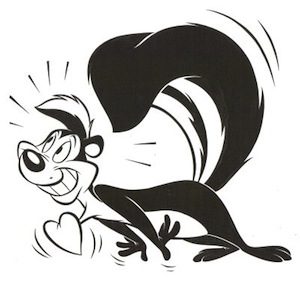 Pursuing a girl you like is normal. In fact, a little bit of persistence can go a long way with women. At the same time, it’s easy to lose sight of when you should keep trying or when you’re better off letting it go. Here’s an email I answered that I hope make your decision easier.

I would like to know how you handle the situation when a woman that you are pursuing and you know she’s interested in you starts to play hard to get. It can be very annoying. I’ve talked with several dating coaches about this subject and I’ve got different advices:

I’d like to know what do you do when a woman is giving you hell when playing hard to get.

When I first started going out and actively dating, I spent a lot of energy chasing every girl who I had a remote chance with. I put extra effort into women I knew were interested but played “hard to get.” After consistently pursuing them either one of two things happened: we got together, or we didn’t.

As I’ve developed myself, I’ve become confident with who I am and what I want. I’ve realized that there are plenty of women who openly want to be with me, and it’s not worth it to pursue that one girl who’s always just out of reach. If she actually likes me, she’ll make herself available.

A girl knows rather quickly whether she’s into you or not. And the girls that always have you chasing after them are often looking for attention. Yeah, maybe she does like you, but not enough to give up the feeling of having you want her.

Be careful you don’t fall into the trap of “wanting what you can’t have.” I’ve worked with guys who pursue a single girl for months and it goes nowhere. They keep asking, “What do I do to get to get her?” and they get frustrated when nothing happens. They’ll keep trying and trying for as long as the girl keeps them around or leads them on.

Here’s what I’m getting to: a man who values himself and his time isn’t going to keep going after someone who doesn’t reciprocate his feelings. There comes a point where you have to do something: either be bold or move on, because it’s just not worth it otherwise.

Be real with her. A confident man doesn’t play games or use scare tactics. He doesn’t put aggressive pressure on her but he doesn’t wait around, either. He doesn’t set boundaries with someone he’s not even dating yet. Here’s what I’d do…

Approach it in a playful way like, “Hey, no more games 🙂 Let’s hang out on X and do Y.” If she’s really into you she’ll say yes or suggest another time. If she says she’s too busy or makes plans and then cancels, move on. If she’s that interested, she’ll make an effort to contact you and have something happen.

Your time is better spent enjoying yourself and meeting someone who’s genuinely interested in you. She might be an awesome girl but there’s another awesome girl waiting right around the corner.

I love being able to help out. If you have any questions at all, please ask away.