Who’s the Most Confident Man in the Room? 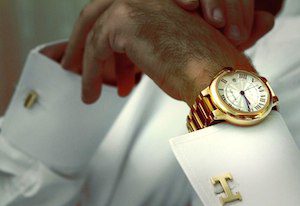 Imagine you just walked into a bar.

You walk to get a drink and introduce yourself to the bartender. After talking for a bit, he offers you the chance to win free drinks. He says he wants to play a game.

He gets to point out three guys. Through only observation and a short description, you have to figure out who is the most confident man in the room. If you get it right, drinks on the house.

The bartender warns you that the answer isn’t obvious. And in fact, every other person who’s played tonight has gotten it wrong.

The bartender looks at you and asks, “So who’s the most confident man in the room? Is it Mr. Status, Mr. Social, or The Loner?”

Any one of them.

What if he bases his entire self-worth on his wealth and status? What if he spent his life trying to prove that he’s good enough through his accomplishments? All of that could be taken away in an instant if his company went under.

Maybe he dresses flashy to constantly demonstrate his value because he feels insecure without that validation. Maybe he feels people and women will only like him based on what he can offer.

How about Man B? He has to be confident, right? He’s amazing with the ladies and a real charmer. That’s great…if that’s who he actually is.

But what if it’s all a performance? What if he puts on a mask pretending to be this over-the-top, suave extrovert? When in reality he’s an insecure wreck who memorizes lines and routines to feign genuine conversation.

Maybe he does all this because he feels like a loser if he doesn’t “win” every woman over. He chases that validation night after night but is miserable since no one knows the real him. He bases his worth on empty sex that never really fulfills him.

Sound far-fetched? I used to be that guy. I was getting laid but couldn’t be any more lonely.

But surely there’s no way Man C could ever be the most confident. He’s a loner and doesn’t choose to interact with others. He’s probably terrified of talking to new people or getting rejected.

Those are a lot of assumptions. What if he’s not actually anti-social?

Maybe he got out of a long relationship and isn’t ready to date right now. Maybe he comes to the bar to enjoy his favorite cocktail. Maybe he has a girlfriend and simply likes to unwind after a long day of work, listen to the music, and people watch.

He doesn’t need to talk to people in that moment because he’s content. He’s open to conversation but is happy hanging out and relaxing. He’s having a great time without having to impress other people.

That seems self-confident to me.

The point is that any of these guys could be confident or not.

The determining factors are not about what they look like, where they work, who they know, or even necessarily the behavior they demonstrate.

It’s about how they perceive their own worth and their intentions behind those behaviors.

Therefore, the more important questions are…

Who loves himself for himself? vs Who bases his value on external sources like money, women, or outside judgment?

Only the vulnerable man who is unashamedly himself possesses true courage.