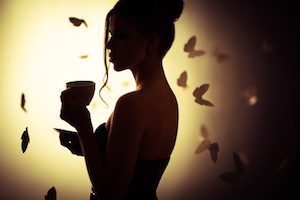 This is a guest post by Julian Reisinger , co-founder of LovelifeSolved.com.

In 1961, MIT meteorologist Edward Lorenz was working on a mathematical model to describe how air moves around in the atmosphere. But soon, he discovered that the weather didn’t always behave as predicted. Small events, like a butterfly flapping its wings in the Amazon, could set off a chain reaction and theoretically build up to a Hurricane in the Gulf of Mexico. This phenomenon later came to be known as the butterfly effect.

But the butterfly effect has many more applications than meteorology. Seemingly tiny decisions in your own life can have huge effects on your career, circle of friends, and romantic connections. And it’s important to harness this power to trigger positive ripple effects instead of negative ones.

The social butterfly effect in action

Let me illustrate how this works through the story of my friend Steven. Steven was your typical nerdy, insecure, 15 year old loner. And he loved volleyball. One day, he mustered up the courage to attend a practice at my volleyball club. Then, one practice turned into two, and soon enough he was a regular on our team. He was disciplined, focused, and always on time.

After a while, he started making friends at the club. They were older, “cooler”, and higher up on the social ladder. They respected Steven’s effort and enthusiasm for the game and took him under their wing. They started hanging out with him outside of practice.

Over time, Steven’s confidence grew. He was no longer the new guy. He was just as social as everyone else.

With his newfound self-esteem, he started to coach other players. He entered several beach volleyball tournaments. He met a ton of new people who also shared his passion. His circle of friends grew dramatically and he met his current girlfriend at a competition.

Within two years, the insecure, awkward guy had discovered his passion, loyal friends, confidence in himself, and a cute girlfriend – none of which would have happened had he not joined the volleyball club.

He made a tiny decision – attend one volleyball practice – that eventually changed every aspect of his life. And that’s the social butterfly effect at work.

I’m sure you know other people with similar stories. Just in case, I encourage you to read up on how the son of an Austrian police officer used bodybuilding to go to the U.S; became a successful businessman and famous actor; married a Kennedy; and got elected governor of California.

Now, the question is, was there a repeatable formula behind my friend Steven’s story? Is there something you can do to maximize your chances of starting a social butterfly effect? I believe so.

The first part is finding an activity that you feel passionate about.

Now that you’ve found something you love, it’s time to earn the respect of other people doing that activity. Here’s how:

This is the phase where all the magic happens. Here you’ll build a large social circle and meet a lot of women in the process. Women are attracted to men who are competent, skilled, and social.

That’s it! If you can make it this far, then your life will never be the same again.

Making the connection to becoming better with women

You might ask yourself what all of this has to do with dating beautiful women. It has everything to do with it!

Your lifestyle makes you healthy or unhealthy, educated or uneducated, lonely or surrounded by loving people, rich or poor, confident or insecure, and ultimately attractive or unattractive to the women you like.

The process laid out in this post is not a get laid quick scheme. It’s a new way of self-improvement that uses activities such as surfing, photography, or cooking as catalysts to connect you with friends, beautiful women, and make you more fulfilled.

Trigger your social butterfly effect now and go places you would have never thought possible.

Julian Reisinger co-founded Lovelifesolved.com to give men and women the education in dating and relationships that Julian wished he had when he was struggling to find love. Julian has been featured in TIME, Inc.com, Business Insider, Thought Catalog, Huffington Post, Lifehacker, and more. He has also written a short ebook titled “Basics of Attractiveness”, that will give you a jump start in becoming physically and emotionally attractive. You can get it for free here.