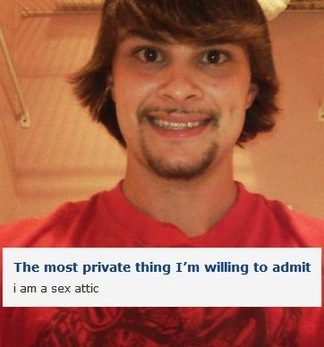 This guest post is by Doug Haines of The London School of Attraction.

Online dating can be pretty frustrating. It takes a while to put up a profile and message the girls you like. If you find that you aren’t getting any replies, the whole thing can seem like a waste of time.

Fortunately, you usually only need make a few tweaks to get much better results from online dating. One way to go about it is to write better first messages. But in this article I’m going to focus on making your profile exceptional. Here are my five tips:

There’s a huge temptation to write your online dating profile so that it appeals to everyone. The problem with this approach is that you’ll struggle to come across as interesting. You’re also less likely to get girls really invested in you.

It’s better to strongly appeal to a small number of girls than have loads of girls think you’re just average. So make sure your profile polarises opinion.

The best way to do this isn’t to try to shock for the sake of it; just make what you write an extreme version of who you really are. Let’s take an example: you’re really into programming and Star Trek. Instead of pretending to have “cooler” hobbies, play up your geeky side. Really own it. Explain why you like it and what you get out of it.

There will, of course, be a fair few girls who aren’t interested. But here’s the thing: you probably weren’t compatible with them anyway. This way, the girls who like you really like you.

This is another counter-intuitive idea. Most guys put across an idealised version of themselves on their online dating profile. But it’s far better to be honest and list your flaws. This has the benefit of polarising opinion (tip #1). It also comes across as far more trustworthy than a list of all your good points.

The way to go about this (without sending her running to the next profile) is to use the old interview trick of turning a negative into a positive. Tell her that you work too hard or that you go too easy on friends who let you down. Don’t stick up a bare flaw (“I’m always late”, “I hate babies”) unless it’s strictly for shock value.

In written prose it’s often hard to get across sarcasm or subtlety, so keep things as simple as possible and don’t take unnecessary risks.

This sounds like a pretty simple concept (all you have to do is list the things you’re looking for in a girl) but you’d be amazed how many guys miss it out. They spend the whole profile explaining what a catch they are, and none of it telling her what she’s got to do to measure up.

By “qualifying” girls like this, you show that you have high standards and that you’re discerning. Girls love this; they want to be selected, not settled for.

Obviously write stuff you actually believe, but try to say something related to values or character: “I’d love to meet a really spontaneous girl who loves nothing better than taking an ad-hoc weekend away”. When a girl reads something like that she’ll be giving herself a mental tick thinking, “Yes, I’m good enough for this guy”.

You can see that this is a million miles away from listing all your qualities and hoping the girl likes you.

The unspoken – but glaring – question on the lips of every girl who looks at a guy’s online dating profile is: Why the hell is this guy here? Can’t he meet anyone in real life? Is he just a total loser?

You should answer this question as subtly as possible. You should address it without seeming defensive or like you’re justifying yourself.

The key is to answer the question as honestly as possible while sticking to a few tried-and-tested ways of phrasing it. Don’t over-justify yourself; be direct; keep it short and positive:

All you’re trying to do is make the girl feel better about the whole process. Deep down, she doesn’t really want to meet a guy online. If you can give her a plausible reason why you’re on there, you go some way to making it sound like a cool thing to do.

Most online dating profiles are littered with people saying they are “funny” or “sporty” or “ambitious”. It means absolutely nothing.

It’s the same when we get applications from writers who want to work for us. People tell me they’re “great at making complex ideas simple” or at “engaging the reader”. That means nothing to me. “Telling” me is worthless. If it’s true, just send me in a piece of writing which “shows” me what you can do.

In online dating, as in life: talk is cheap. Let me give you an example. If you want to get across that you know lots of interesting places to go in London, don’t just say: “I know lots of great hidden-away places in London”. Show that you know: “My ideal first date would be a little-known walk along Regents Canal. Then sushi in this incredible authentic place I know which is tucked above a Japanese supermarket”.

This article was written by Doug Haines a director at The London School of Attraction. You can read more of his articles on online dating here.